Every personal flying vehicle design we’ve seen mimics an existing vehicle’s riding convention: You’re either sitting down as you would in a car, airplane or helicopter, or in some cases, straddling a seat as you would with a motorcycle.

Startup Zeva Aero departs from convention with the radical design of their Zero Personal Air Vehicle. Their design brief was not to create a vehicle that would convey you comfortably; instead, the Zero’s mission is you get you from point A to B as quickly as possible—speeds of up to 160 MPH, the company says–and within a minimal footprint. Thus the vehicle they’ve dreamt up… 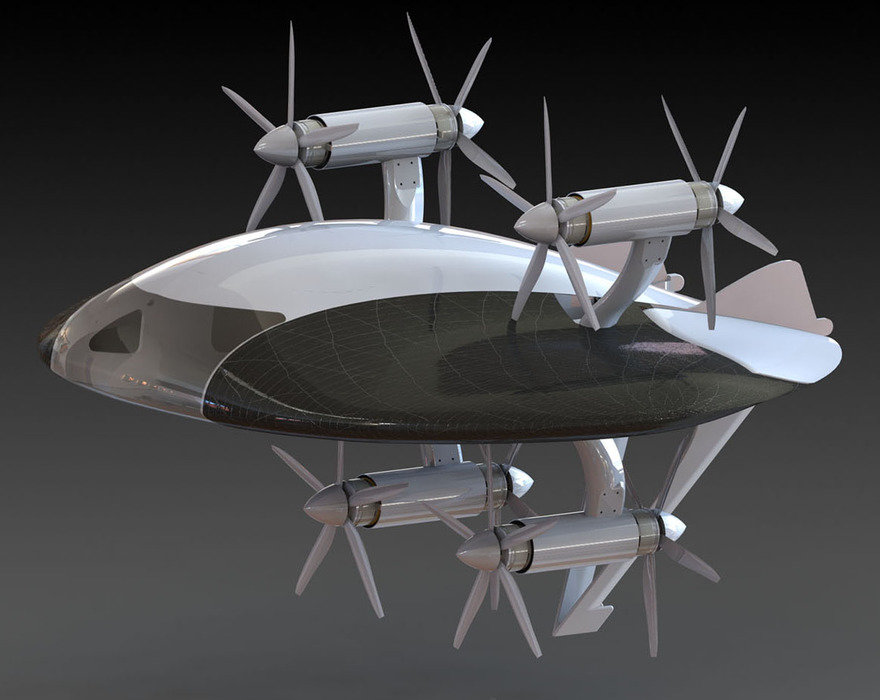 …features this as the riding position: 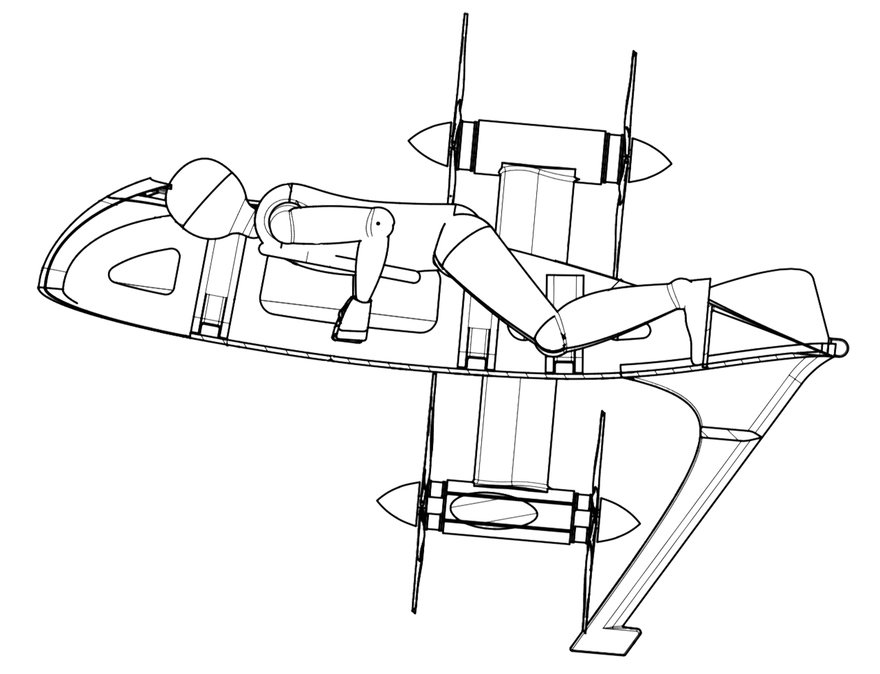 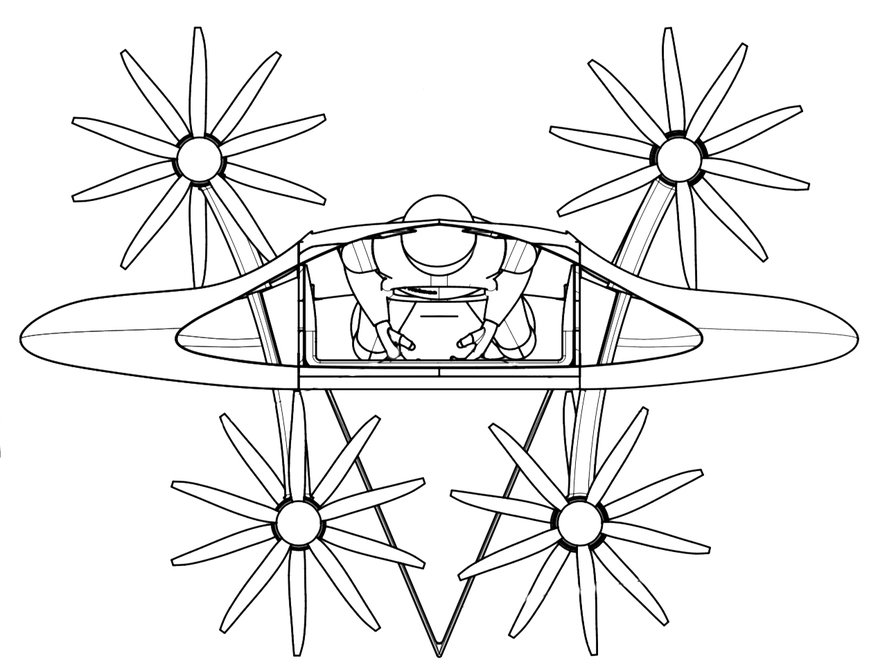 At rest, the Zero stands at an angle, resting on two fixed feet. The company points out that this allows the vehicle to fit neatly into a parking space. 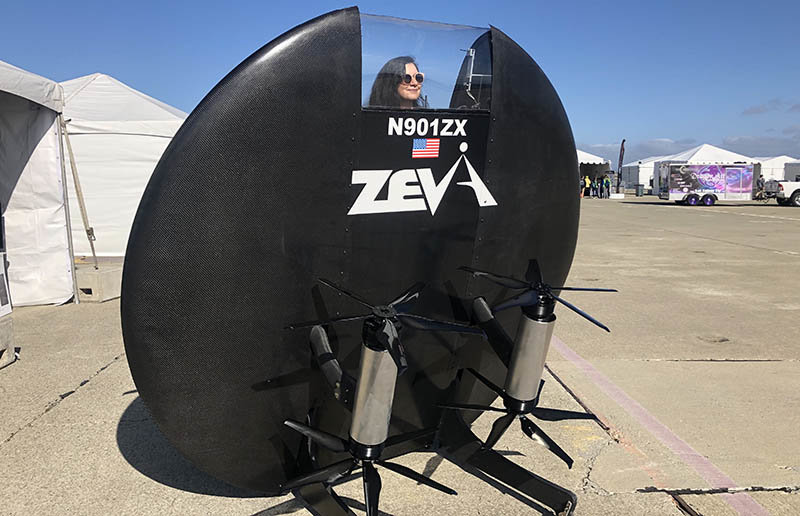 It’s not quite clear how exactly you mount and demount the vehicle, but this is what it would look like in flight, at least in theory: 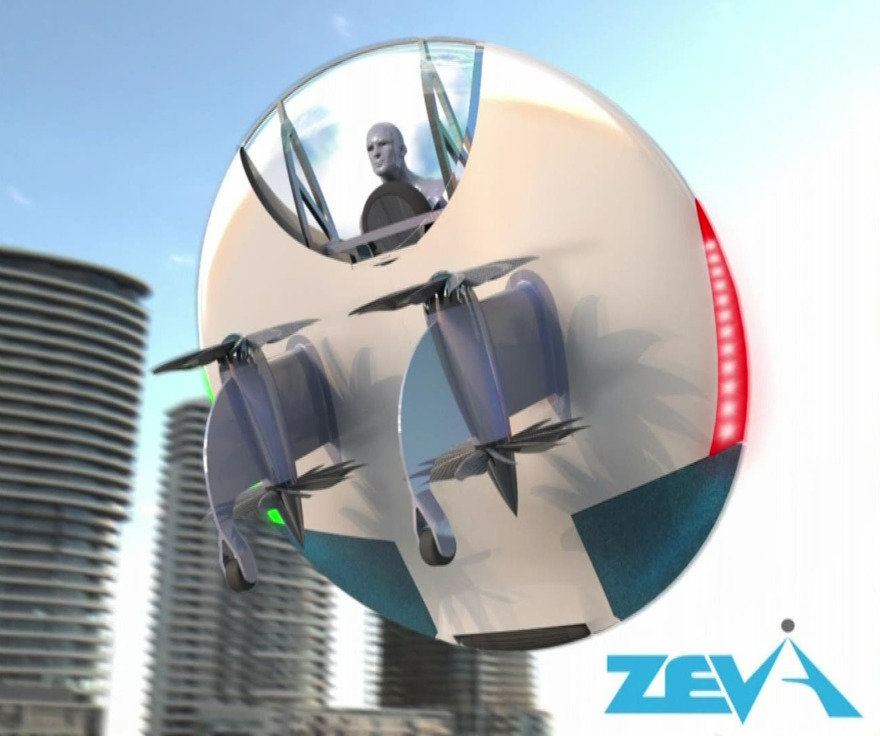 The video shows animations of the flight experience:

One intriguing possibility suggested by the company is that buildings of the future could have these mounted to individual boarding gates on any floor: 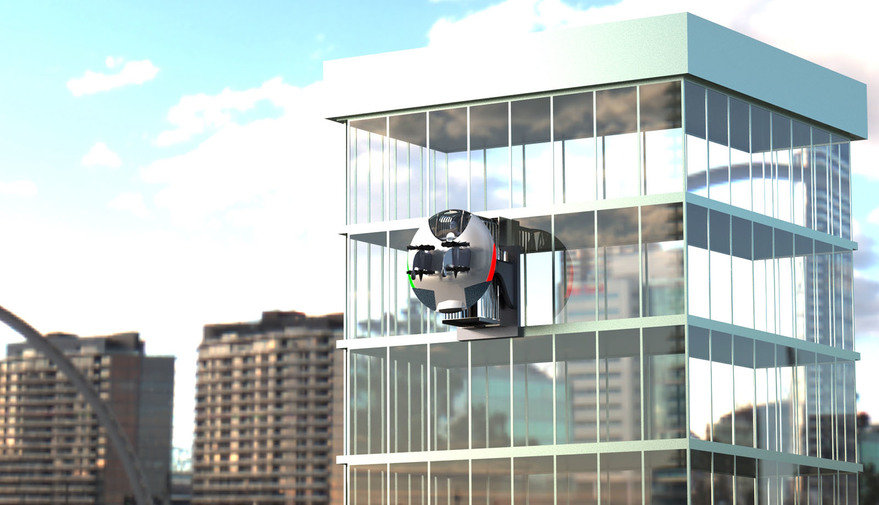 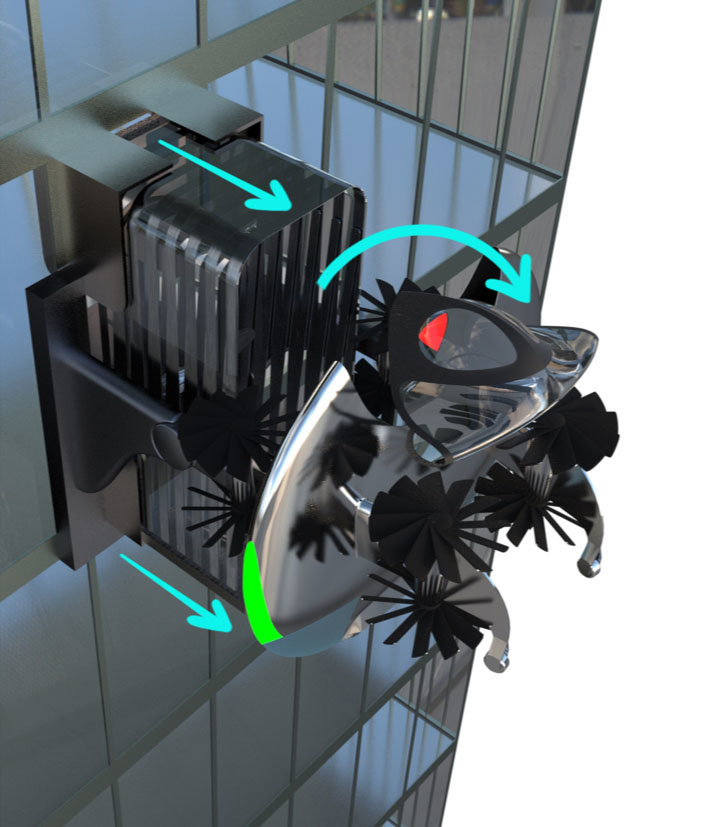 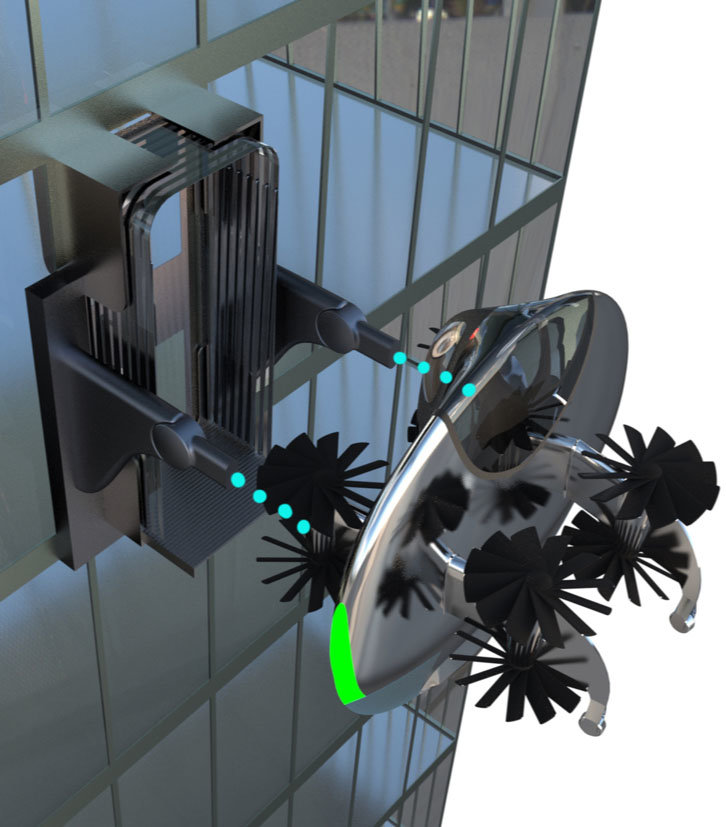 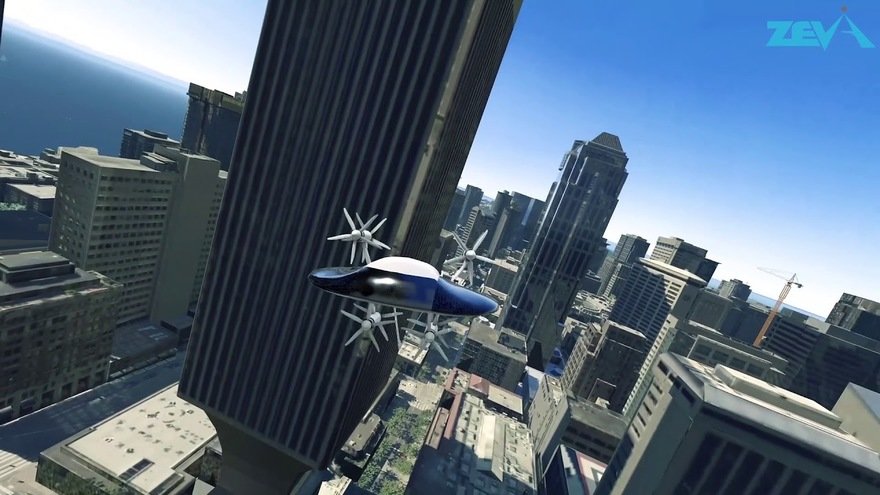 The idea of true door-to-door intracity travel sounds novel. I just don’t think I could get over the Superman flying position and a view that’s gotta be terrifying.