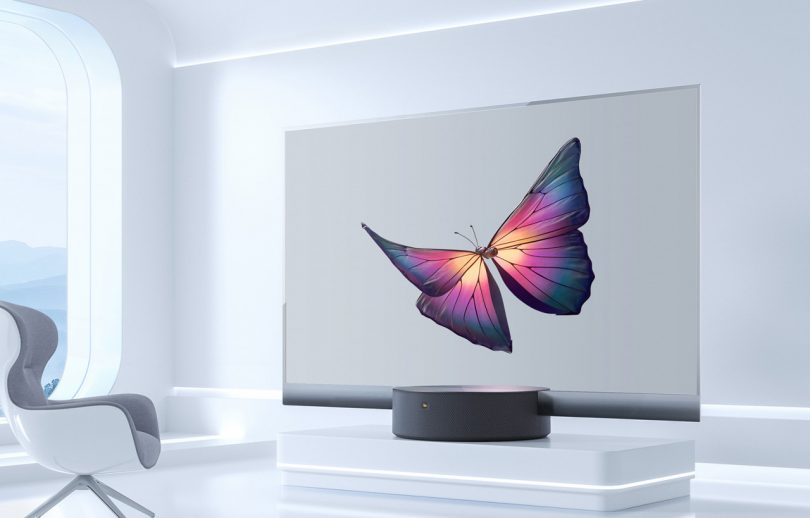 Chinese electronics manufacturer Xiaomi’s Mi TV LUX television is undoubtedly intended to be an attention getter – an OLED display with an edge-to-edge transparent self-luminous picture that you can see right thought. The Mi TV LUX is the first mass produced transparent television, one launching for the Chinese market, and possibly the best set for people who hate the conspicuous presence of technology within their home. 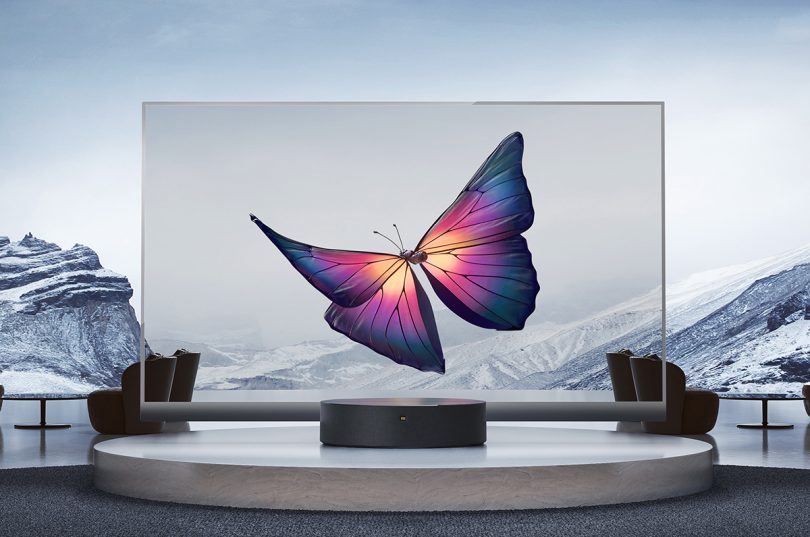 While we’ve already seen transparent displays specifically developed for retail, hospitality, entertainment venues, corporate, and transportation purposes, Xiaomi is taking aim at consumers drawn to the novelty of a television with the convincing appearance of a window. At just 5.7 millimeters thick, the set pulls off the appearance of floating in the air, a television designed to seamlessly blend into the background.

The transparent effect is made possible thanks to OLED technology’s self-illuminating pixels, allowing the 55″ transparent panel to forgo backlighting and the hardware required by traditional televisions. 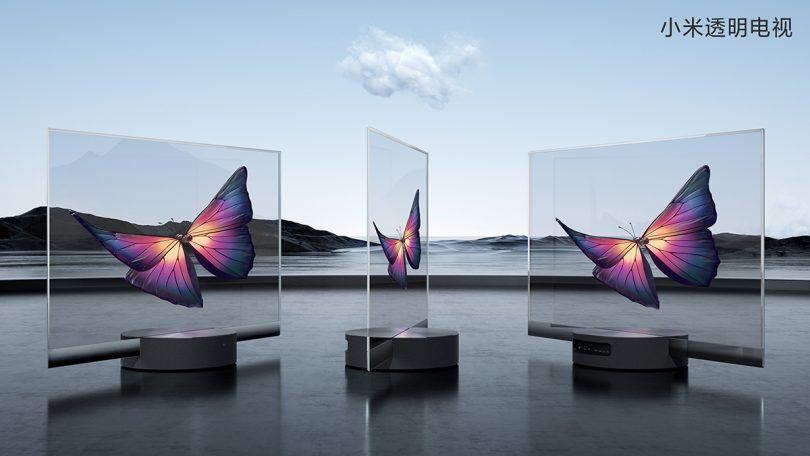 The set is also rated with a 150,000:1 static contrast ratio, 120Hz refresh rate, and reputed “infinite” dynamic contrast ratio. Extra rich blacks are par for the course with OLEDs, with the Mi TV LUX offering a DCI-P3 rating supporting 93% color spectrum. The set also supports Always-On display, allowing the television to display images and texts for purposes of signage or decorative artwork, one-upping other “television as art displays” currently available. 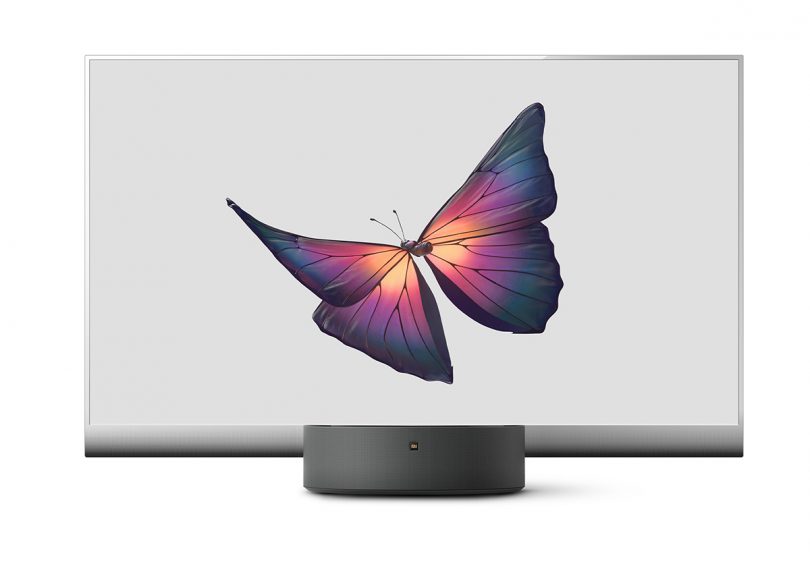 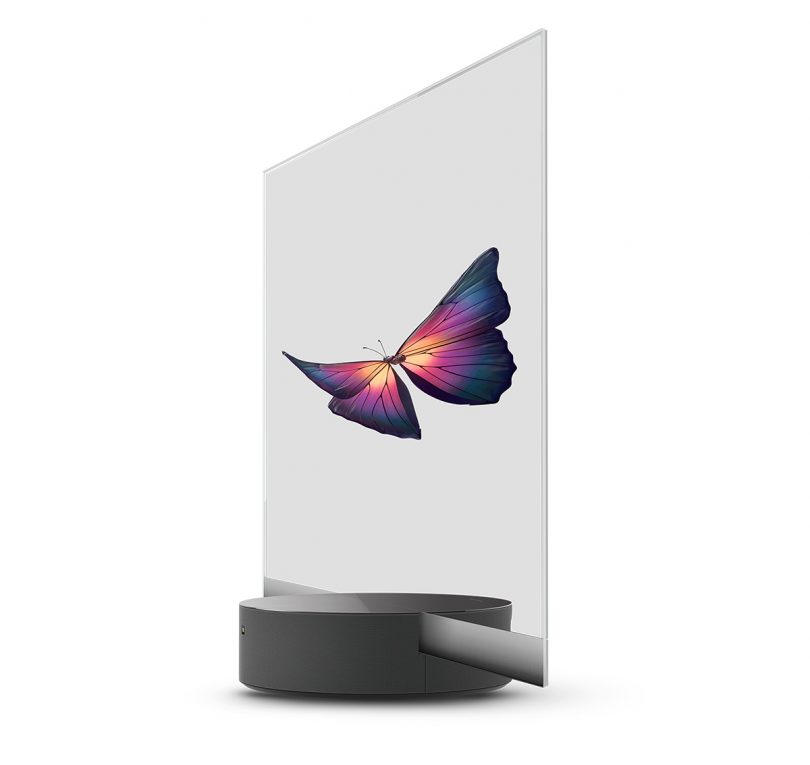 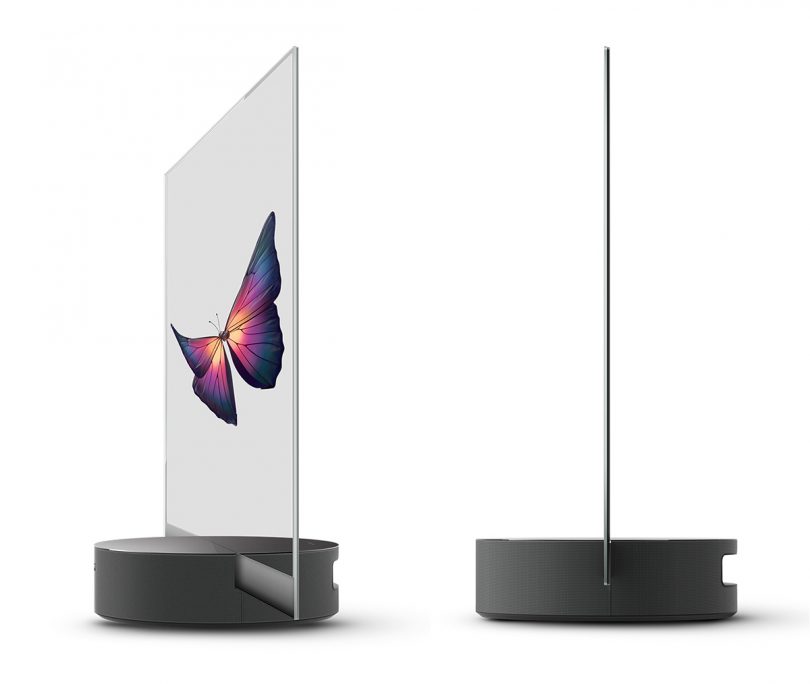 The set’s base stand is covered with a millimeter-grade finish fashioned after a compact disc; within are the set’s componentry in service of Xiomi’s AI Master Smart Engine, along with the MediaTek 9650 custom-made TV chip, the combination responsible for controlling the display’s 20 optimization algorithms. 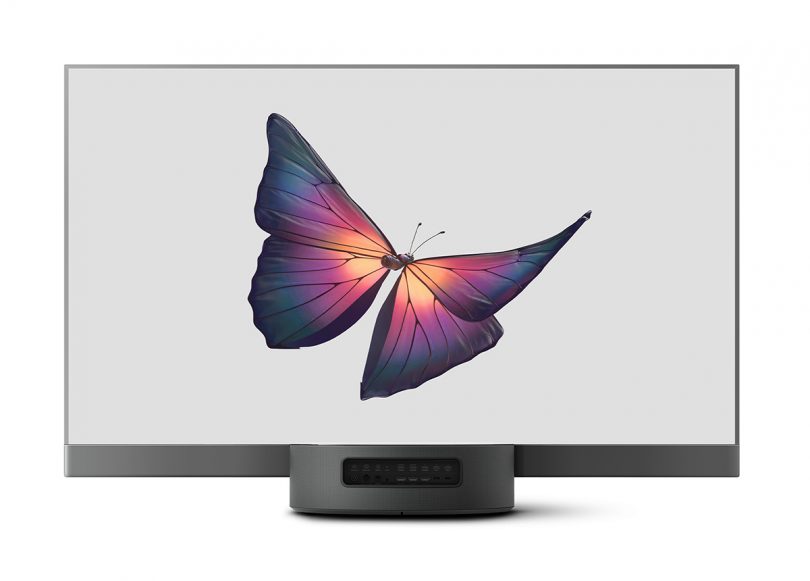 At around $7,500 for a 55-inch television, the Xiaomi Mi TV LUX is not a bargain by any definition. But in its ostentatious way the Mi TV LUX hints television technology still has a few tricks up its sleeves and we might see transparent screens in and outside the home in the near future.