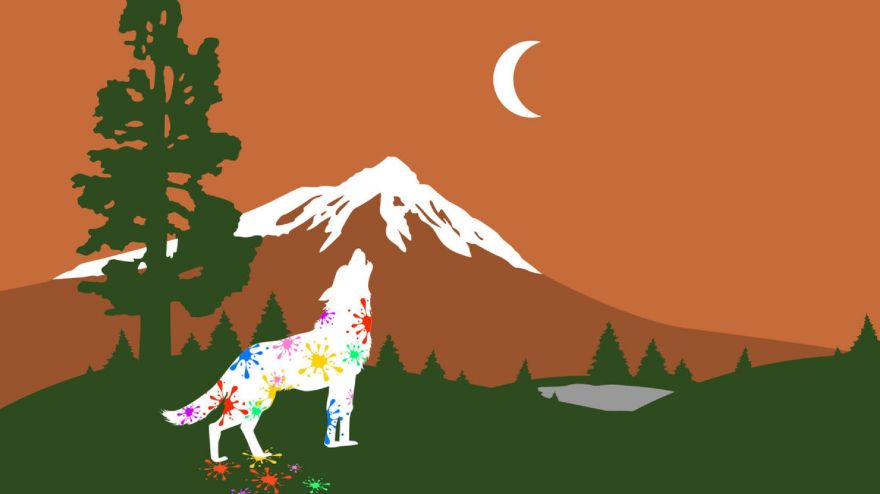 It’s for their own good, apparently. Yellowstone National Park  is now shooting paintballs at wolves. Since wildlife and human interaction is an issue in the park, signs and notices are scattered all over the park to warn visitors. However, it seems that these warnings are no longer enough to keep the tourists safe from accidents when they get too close for the animals’ comfort. Now, park officials are using paintballs to deter the wolves from engagement and interaction with the park’s visitors:

“Instead of killing them, we want to do everything in our power to preserve them—that’s where non-lethal munitions come into play,” Smith said.

Hazing, used frequently on wildlife like coyotes, involves the use of deterrents, like loud noises, inflicted pain, and in many times, a combination of the two on an animal to discourage them from engaging in an undesirable activity or behavior. The idea with wolves is to essentially make them afraid of humans again, especially if they’ve lost that fear due to park visitors feeding them or getting too close to them.

According to Ausband, the use of wolf hazing doesn’t really work. “We tried hazing methods in the livestock industry in Idaho, but the wolves were pretty smart and caught on pretty quickly.”

Smith and his crew disagree. In fact, they’ve developed a method shared with Teton National Park, Denali National Park, and others, that involves bean bag rounds “in the ass,” which is according to Smith “the best place to hit a wolf,” rubber bullets, and cracker shells to create a cacophony of noise and a barrage of the senses that frightens the wolf and discourages it from interacting with humans again.

“I tell my guys to make it seem like the Fourth of July is happening right over their heads,” Smith told The Daily Beast.

Clear paintball rounds (that, importantly, don’t leave a mark on the animal), are also a tool used since, Smith says, “you’re lucky if you can even use one tool before the moment has passed.”

Image via the Daily Beast