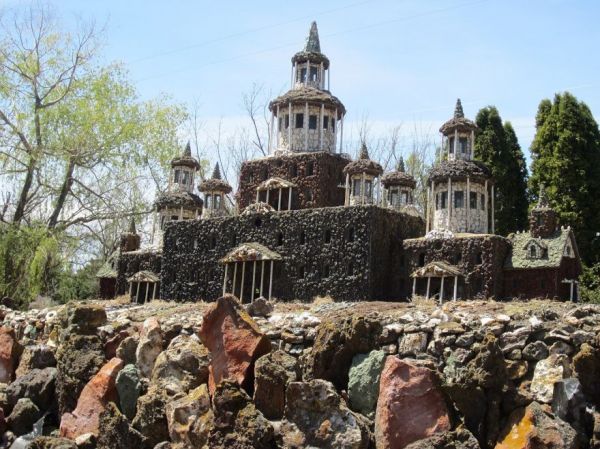 Rasmus Petersen was a teenager when his family immigrated from Denmark and settled near Bend, Oregon. As an adult, Petersen began to collect rocks from the countryside and built miniature buildings on his property, for almost 20 years until his death in 1952. By then he had constructed a miniature Danish village, bridges, roads, water features, and sculptures including an American Flag and the Statue of Liberty with local stones. The four-acre Petersen Rock Garden became a popular roadside attraction, drawing 150,000 visitor a year at its peak. The garden has since been designated on the National Register of Historic Places. 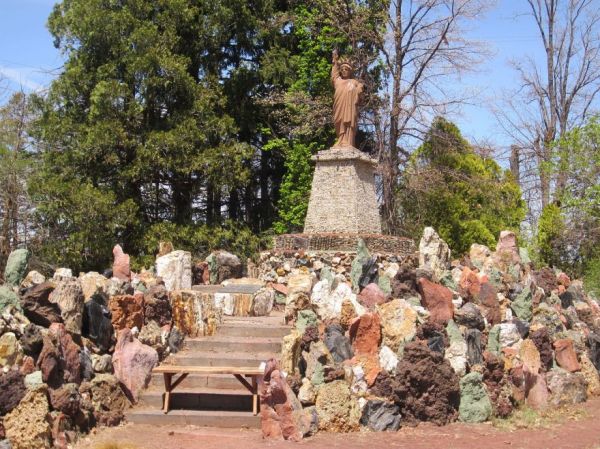 The garden is still in the hands of Peterson’s family, but not for long. It has been listed for sale. The property consists of more than 12 acres, four of them covered with Petersen’s artworks. There is also a house, several outbuildings, and a gift shop included in the deal, for a mere $825,000. Oh yeah, the peacocks that stroll the grounds are included, too. -via Fark