Recently, content creator Kallie Slays, known by her TikTok handle @kallieslayed, posted a video of herself falling all over the place laughing in the background. Captioned “I didn’t even know it got that bad,” the video showed a landlord’s announcement for the tenants in an apartment complex.

Turns out, a “small percentage of residents have not been using the provided pet stations to pick up after their dogs,” and now the property management is “instituting a program known as poo prints.” If that doesn’t sound hysterical enough, bear with me.

If you have never heard of a mysterious poo print program before, let me just tell you it’s kind of an FBI-akin procedure that involves DNA samples, aka “cheek swabs,” thorough analysis and even a monetary fine. Which is not that little coming at $350. The stakes are high, so no wonder Kallie could barely control her laughter, telling her viewers “THIS IS REAL.” 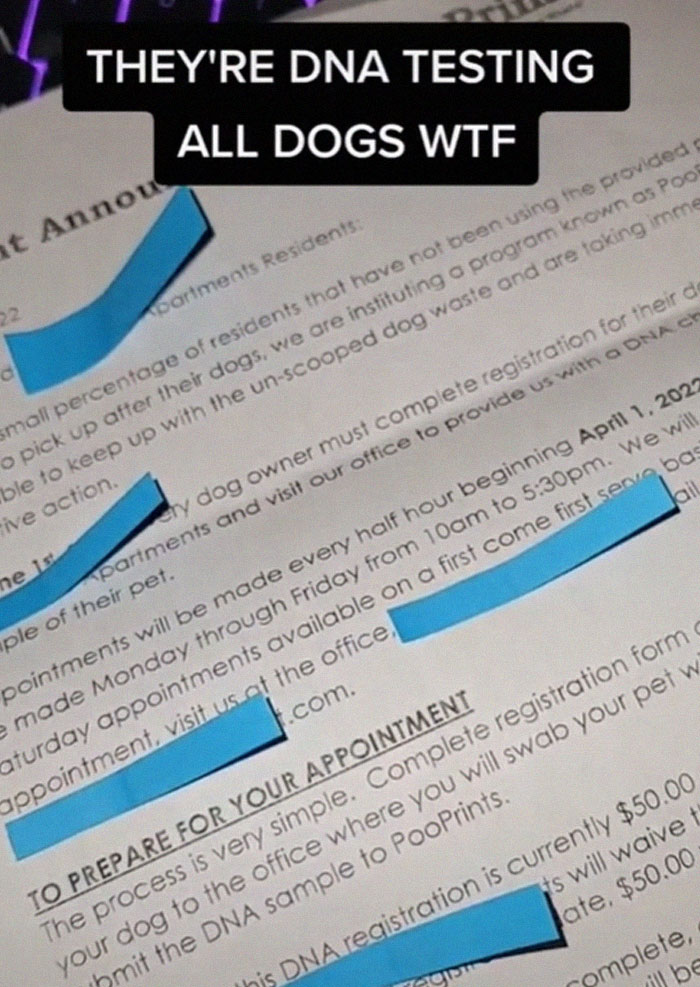 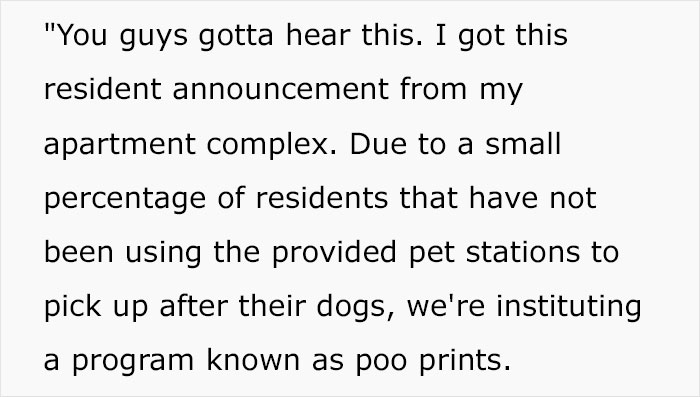 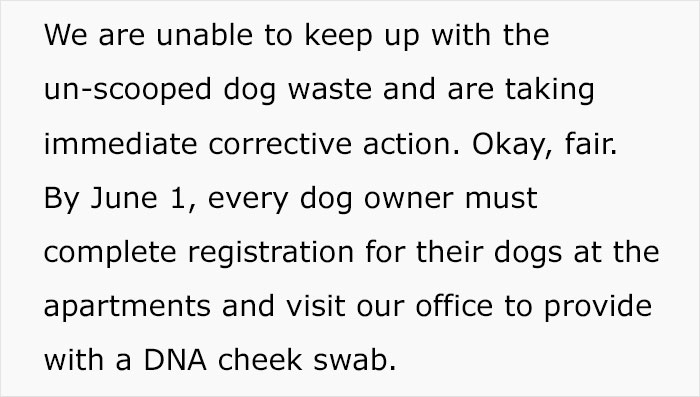 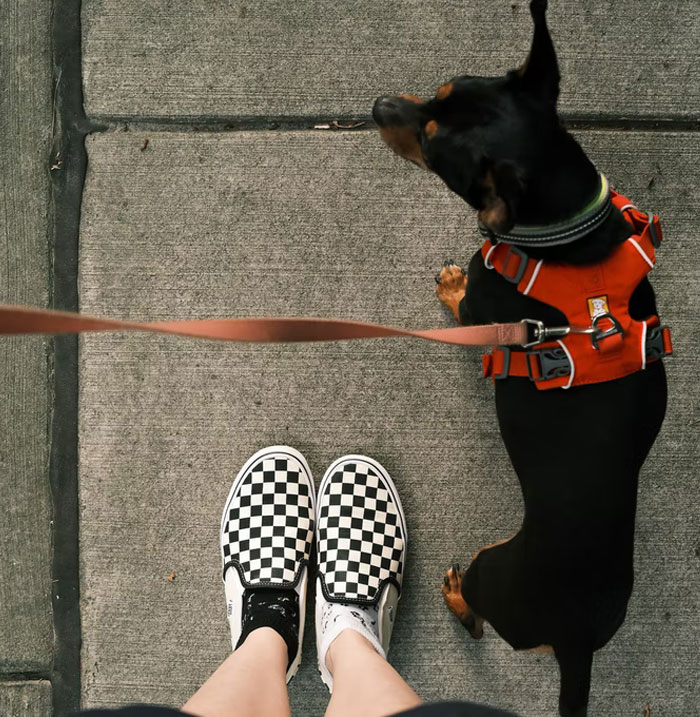 If you think it’s some kind of April fool, let me tell you that PooPrints is a legitimate program established in 2009. According to their website, it’s the first and largest commercial DNA Waste Management Program. Moreover, today, the program is being used by over 6,000 communities in 5 different countries, most prevalently in the US, Canada, and the UK.

So how does the poop print work, you wonder? The company creates a genetic database of dogs with DNA collected from, you guessed it, cheek swabs. “We then collect DNA from any unscooped pet waste and compare it to the database to identify who hasn’t picked up after their pet,” the official website explains.

The investigation is not all for nothing: the pet owner who is responsible for not picking up after their dog is said to be fined $350 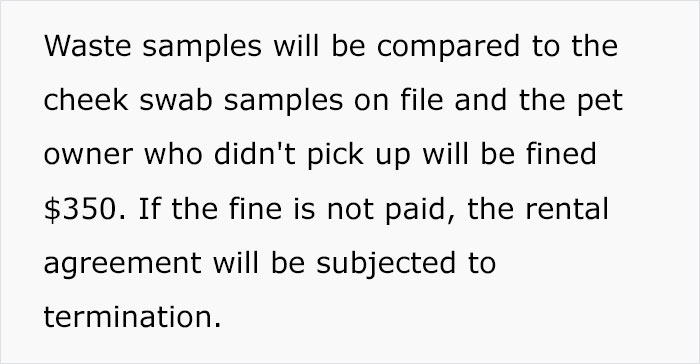 PooPrints creates DNA profiles that are unique profiles specific to each dog based on 16 selected genetic markers. The scientists at PooPrints, who operate in Knoxville TN, then extract valid DNA from 90% of waste samples submitted.

And this is Kallie’s TikTok video that went viral

@kallieslayed I didn’t even know it got that bad

“The ceiling for us is that at some point we touch every dog out there,” Jay Retinger, CEO of BioPet Laboratories Inc. and PooPrints, told Knox News. “There’s 89 million dogs in the U.S. We’ve registered, let’s say 400,000, but we see DNA as the future of canine licensing and registration. Look at what the microchip has done in the last 10, 12 years around pet ownership and dog registration. And DNA takes that so much further, it provides even more benefits.”

But Retinger is no stranger to the odd looks and surprise when people hear of dog DNA testing. He told the press that as a company, “We get all kinds of questions, people are blown away. It’s so funny to see the spectrum of thoughts and takes on the program. Is it big brother? Are we the poop police? Is it environmental protection? There’s so many different opinions.” 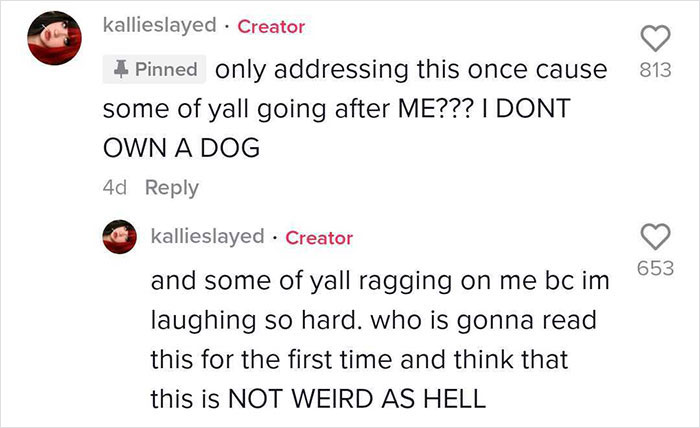 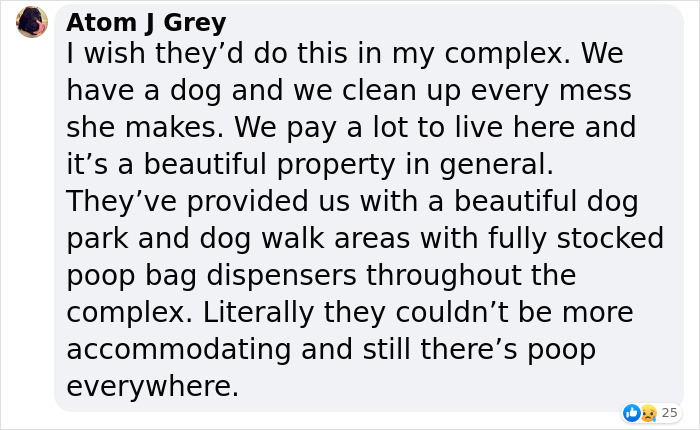 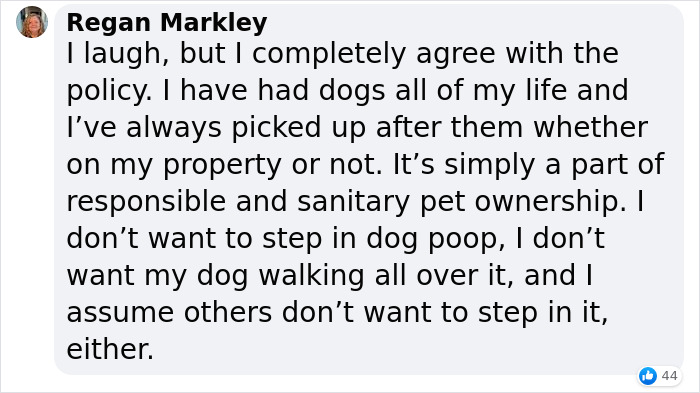 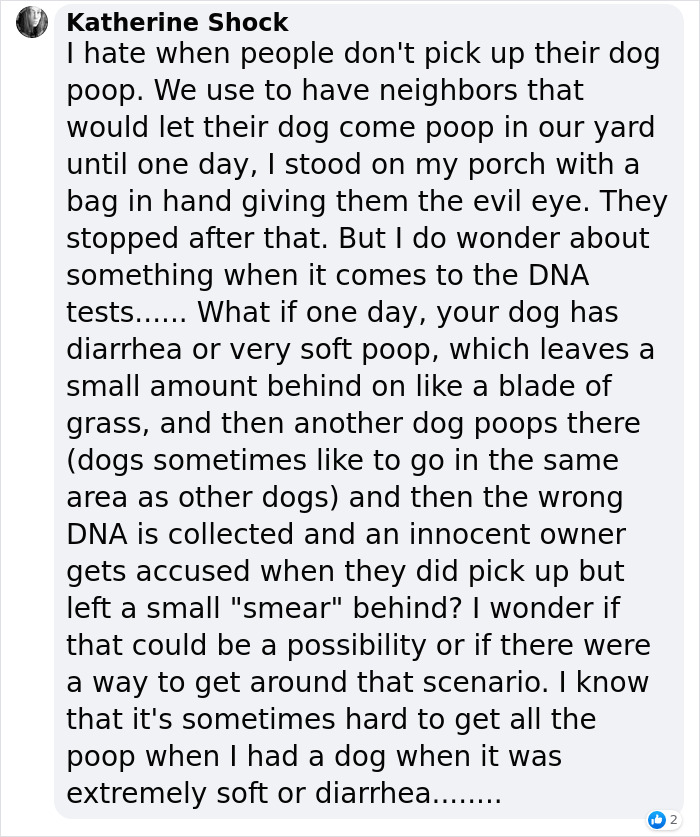 The post “You Gotta Hear This”: Landlords Demand Tenants Bring Their Dogs For DNA Testing To Find Out Who Doesn’t Pick Up The Poop first appeared on Bored Panda.