Tubal ligation is a surgical procedure to prevent pregnancy. It has commonly been called “getting your tubes tied,” and is also known as female sterilization.

According to ACOG (The American College of Obstetricians and Gynecologists,) it is ethically permissible to perform a requested sterilization in nulliparous women and young women who do not wish to have children. Providing a permanent sterilization within a reproductive justice framework means that physicians recognize that all women have a right to pursue and to prevent pregnancy.

Sadly, many physicians still approach sterilization requests, particularly from young women, with paternalism. This is what happened to 22-year-old Olivia, who shared her conversation with a gynecologist on TikTok.

In a now-viral video that amassed 2M views, Olivia reenacted the appointment she had where a gynecologist declined her request for sterilization, saying ‘no’ and ‘it’s permanent.’ Below is the full video Olivia posted on her channel that sparked a very important conversation about women’s rights to choose what’s best for them, especially when it comes to their bodies and reproduction systems.

This 22-year-old woman shared how she was refused to be considered for sterilization by a gynecologist, after asserting she did not want children 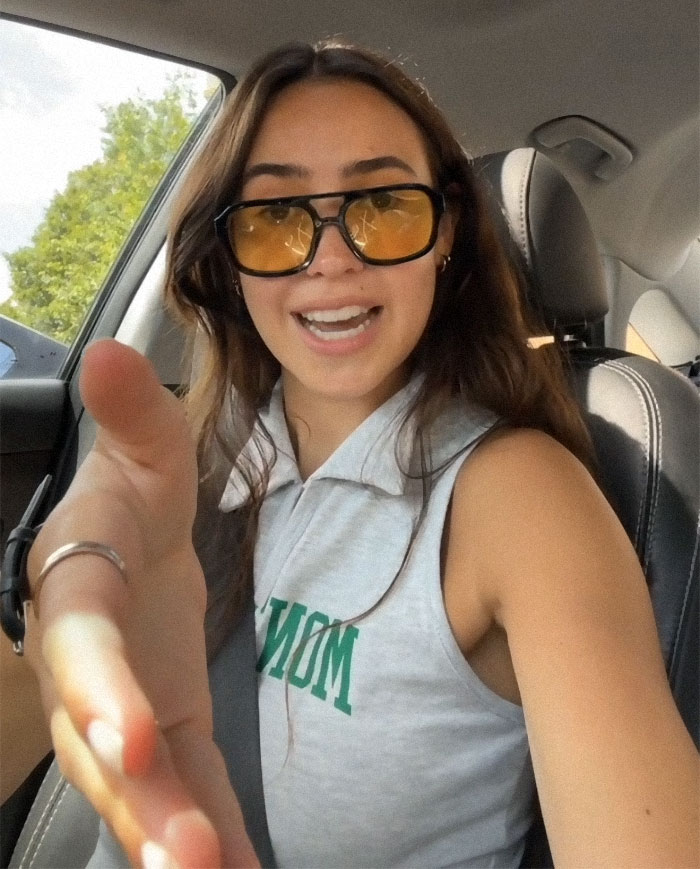 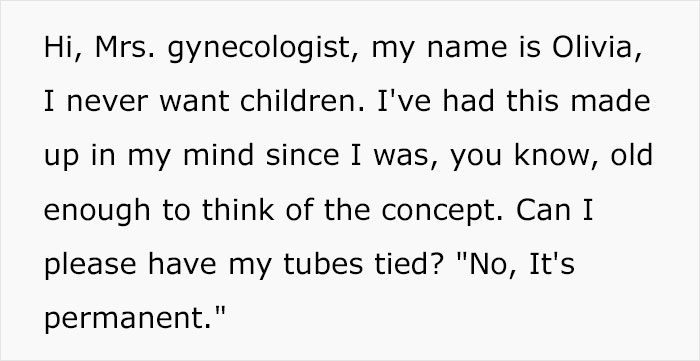 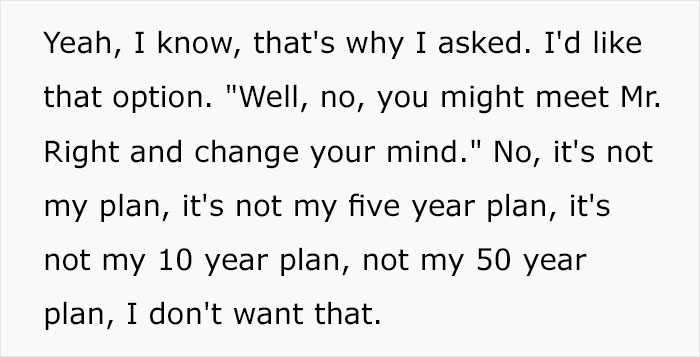 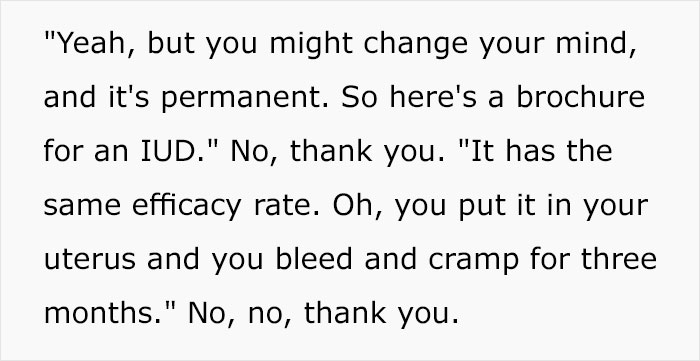 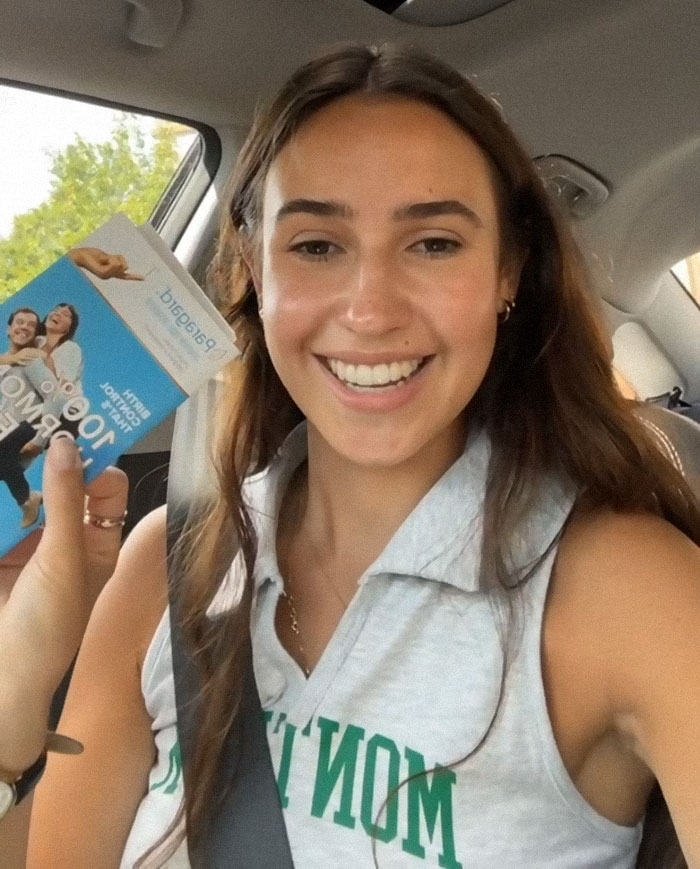 After the media picked up on her story and more women joined the conversation, Olivia released more videos explaining her arguments 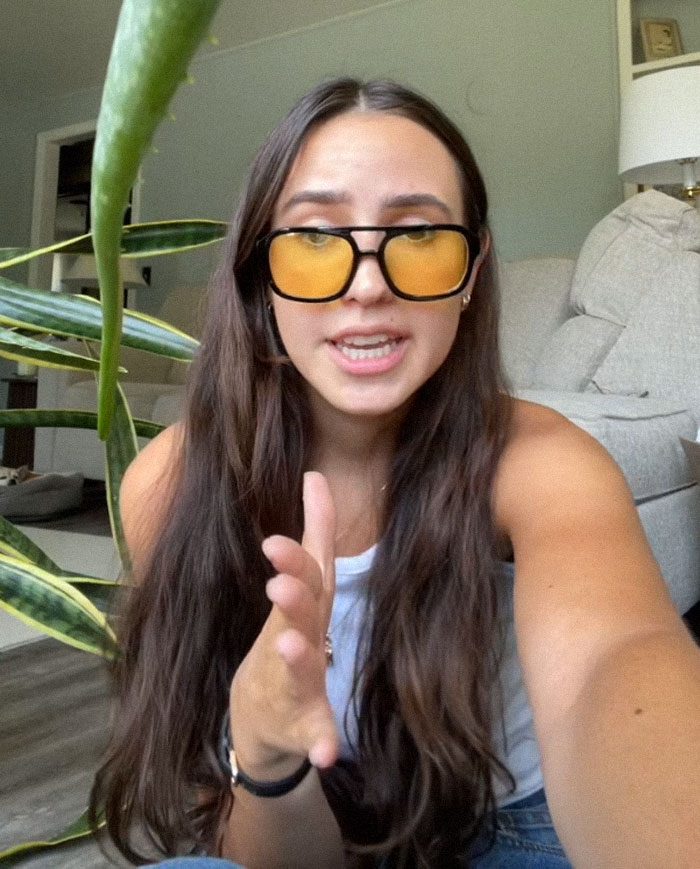 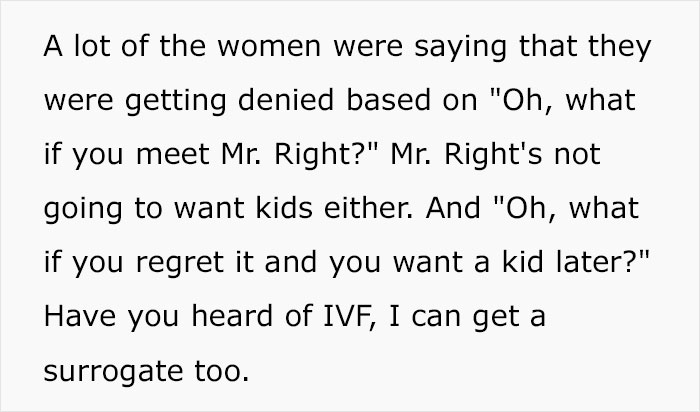 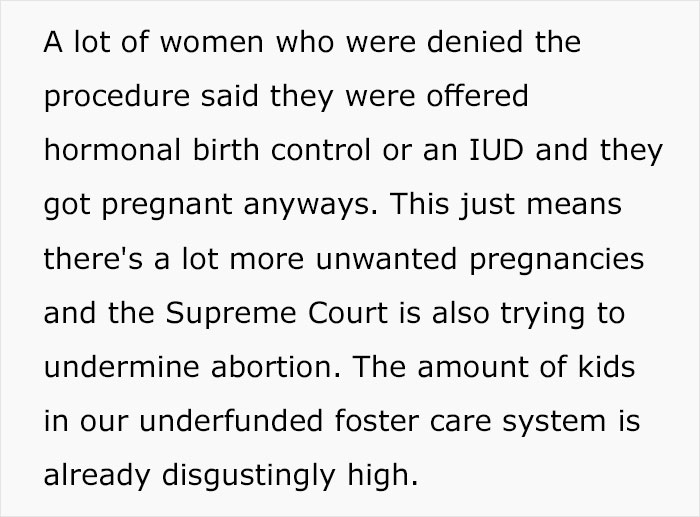 @lvdwns Reply to @carolinelfranco they throw a boomer tantrum as soon as the words leave your lips. Like this concept is so outdated #childfree #womenshealth #birthcontrol #womensrights ♬ original sound – Olivia

More women joined the conversation and shared their own similar experiences

[Here’s how people reacted to her video]

The post “You Might Meet Mr. Right”: This Woman Gets Denied Sterilization By A Gynecologist, Gets A Brochure Instead first appeared on Bored Panda.