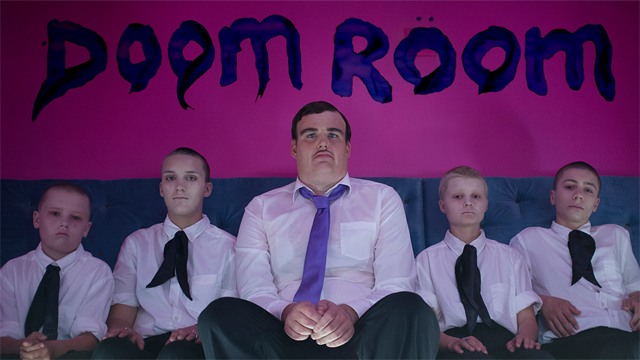 Virtual reality is a place where the usual rules or limitations of the physical, fleshy world no longer apply. You can, much like a video game character, die and respawn. This concept is the basis for a new VR film—which also includes mixed-reality elements—called Doom Room from Danish VR filmmaking studio Makropol. It’s directed by Jesper Dalgaard and produced by Mads Damsbo and lets people experience a somewhat grisly death, a journey through the afterlife that takes in club culture, Tibetan Buddhism, and a subsequent resurrection.

The experience, or what the filmmakers call a “ceremony,” even comes with a list of trigger warnings—violence, blood, dead animals, underwater submersion, unknown fluid consumption, and more—but hopefully it won’t be too traumatic or scarring. Instead the filmmakers hope it will be invigorating. 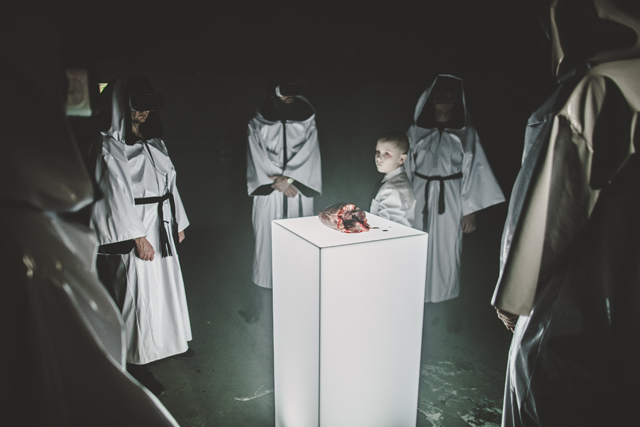 “Doom Room is a guided meditation with you as the main character,” explains Damsbo. “both a performance and a VR film. One at a time a blindfolded audience of six enters a room. Here they kneel to embody a hunter with a bloody heart in his hand. They go through a spectrum of emotions and spaces that all try to make their heart beat.”

The participants’ journeys through “constructed realities of hyper sensuality and suspension” will involve shark tanks and being bodyless, all experiences that were shot on a side-by-side GoPro rig and then fed into a Unity app that could play a 360° stereo VR film and transition it to work for Samsung GearVR’s camera. 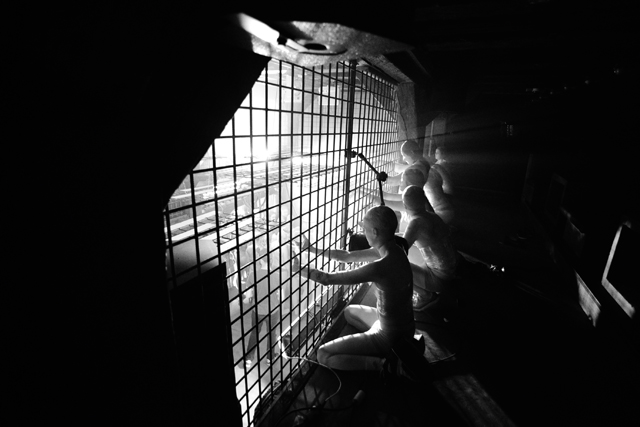 The piece isn’t shy about dealing with your death either, as it involves shooting yourself in the mouth with a rifle. “In stereo it actually feels like the rifle enters your mouth,” notes Damsbo. To counteract this potentially jarring experience the film features a soothing voice telling you it’s all going to be fine. “After you die, you go on quite a mystic journey and then you return (reborn) to ‘reality.’ In a way it becomes a symbolic death of your virtual self, and a rebirth of your actual self,” notes Damsbo.

Director Jesper Dalgaard has also been obsessed by the meditations of a german guru called Stephan Pende. “It was an overwhelming experience.” Dalgaard notes. “His ability to speak directly into the heart of thousands of people while everybody felt an intimate personal connection. Was it possible to create an art piece that somehow could do the same? A guided meditation in VR? A religious experience that is somehow bigger than ourselves and literally make your heart bleed?”

The filmmakers shot a lot of scenes in a nightclub and this process itself fed into the film; the idea of shedding your workday skin and reemerging anew as a party animal for the weekend. Along with club culture, ideas and motives from The Tibetan Book of the Dead were also included. The text is a Tibetan Buddhist manual for navigating the afterworld—known as bardo—before being reborn. It was a popular book for acidheads in the 60s—Timothy Leary’s The Psychedelic Experience is based on it—with the idea that it would help people destroy their egos and be reborn anew. 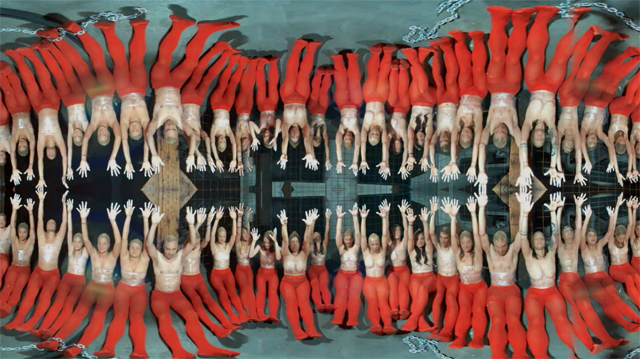 “We wanted to use VR as a direct bridge to our subconscious,” says Damsbo. “to invite an audience to partake in a ceremonial journey that creates a safe space for a broad spectrum of emotions and fantasies. We acknowledge the human need for narrative to frame our existence and identity. We hope Doom Room creates a space where we are allowed to tear down this framework of our self-constructed identities. A space to let us reflect on the question of self.”

You can purchase tickets for Doom Room, which will be taking place at the Chateau Motel in Copenhagen, Denmark, from Friday, January 20, here. To learn more about Makropol visit their website here.

‘Death Is Only the Beginning’ of This Virtual Reality Experience

The Horrors of Mass Death Are Visualized in This VR Experience