There’s almost always an auditory element in the work of Hong Kong artist Samson Young, an aspect of his practice that makes sense given his completed B.A., Masters, and Ph.D. degrees in classical music and composition. But to exclusively call him a sound artist doesn’t give enough credit to his eclectic body of work, which incorporates immersive and (slightly) strange installations, drawings, and performance, just as frequently. Selected for the Hong Kong Pavilion at the ongoing 57th Venice Biennale, Young has fused all of the different elements of his practice into a singular project titled Songs for Disaster Relief, which, at its core, engages with the curious phenomena that are “charity singles.” 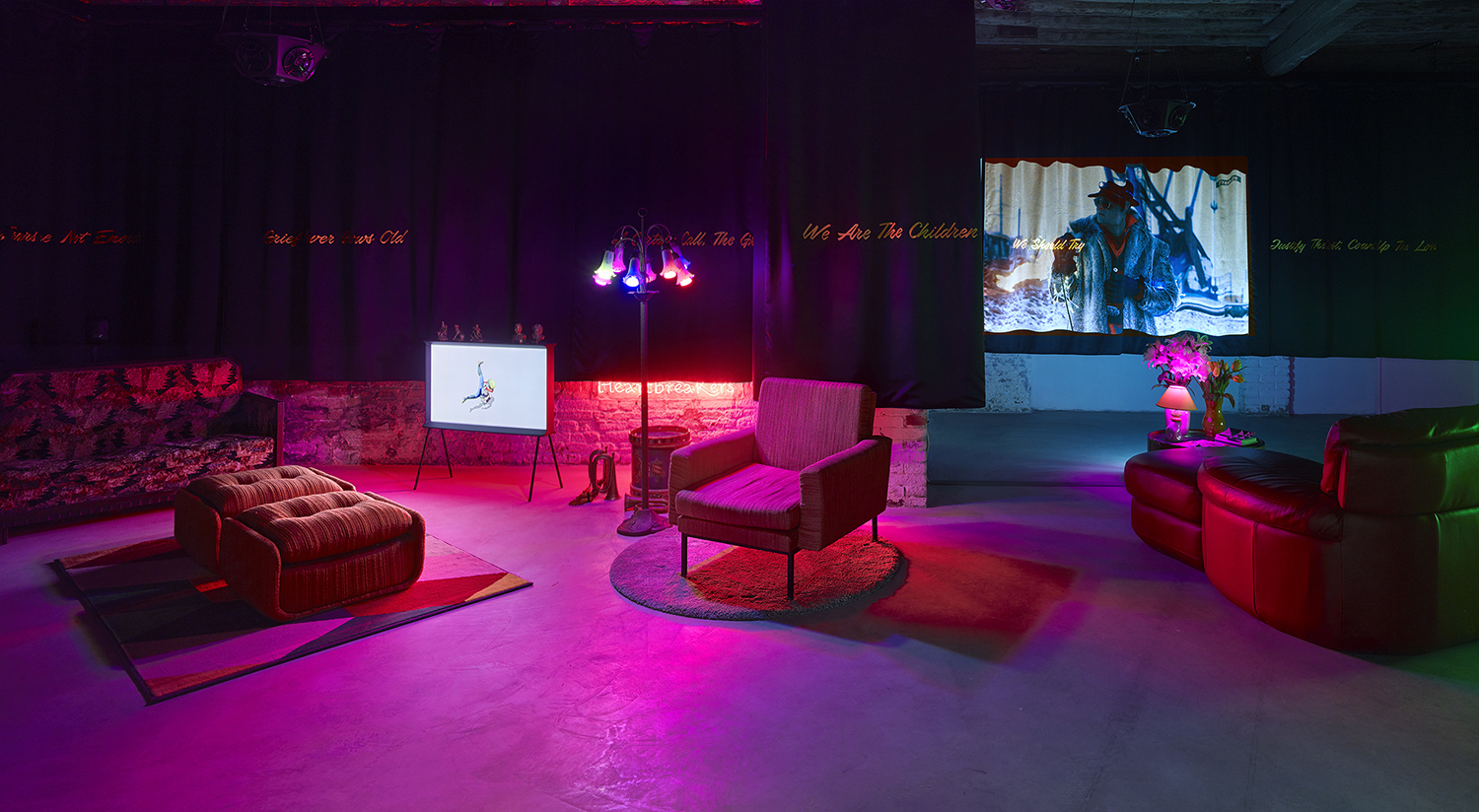 Palazzo Gundane (homage to the myth-maker who fell to earth), Samson Young, 2017

Honing in on the chart-topping charity single “We Art the World,” Young has enlisted an unlikely cover band for his exhibition’s centerpiece video installation, surrounded by other multimedia sculptures and installations in and outside of the space: members of the Hong Kong Federation of Trade Unions. Projected onto a wall, their choir rendition of “We Are the World” morphs and mutates through Young’s signature sound recompression techniques, which the artist first utilized in his project, Muted Situations.

Although charity singles are a ubiquitous cultural phenomenon, they are the type of cultural artifact that people are aware of, but hardly ever talk about in this day in age, an odd relic of the past that occasionally rehashes itself in the contemporary moment. Young was drawn to this raw subject matter precisely due to their frequent re-workings:

“Recently, there have been remakes of both ‘We Are the World’ and ‘Do They Know It’s Christmas?‘ To me, they sounded strangely out of time,” the artist tells Creators. “I am not talking about a kind of political incorrectness—there is that, too—but I think my discomfort has more to do with the genuine aspirations that these songs embodied on the one hand, and the moral and ethical problems they present on the other.” 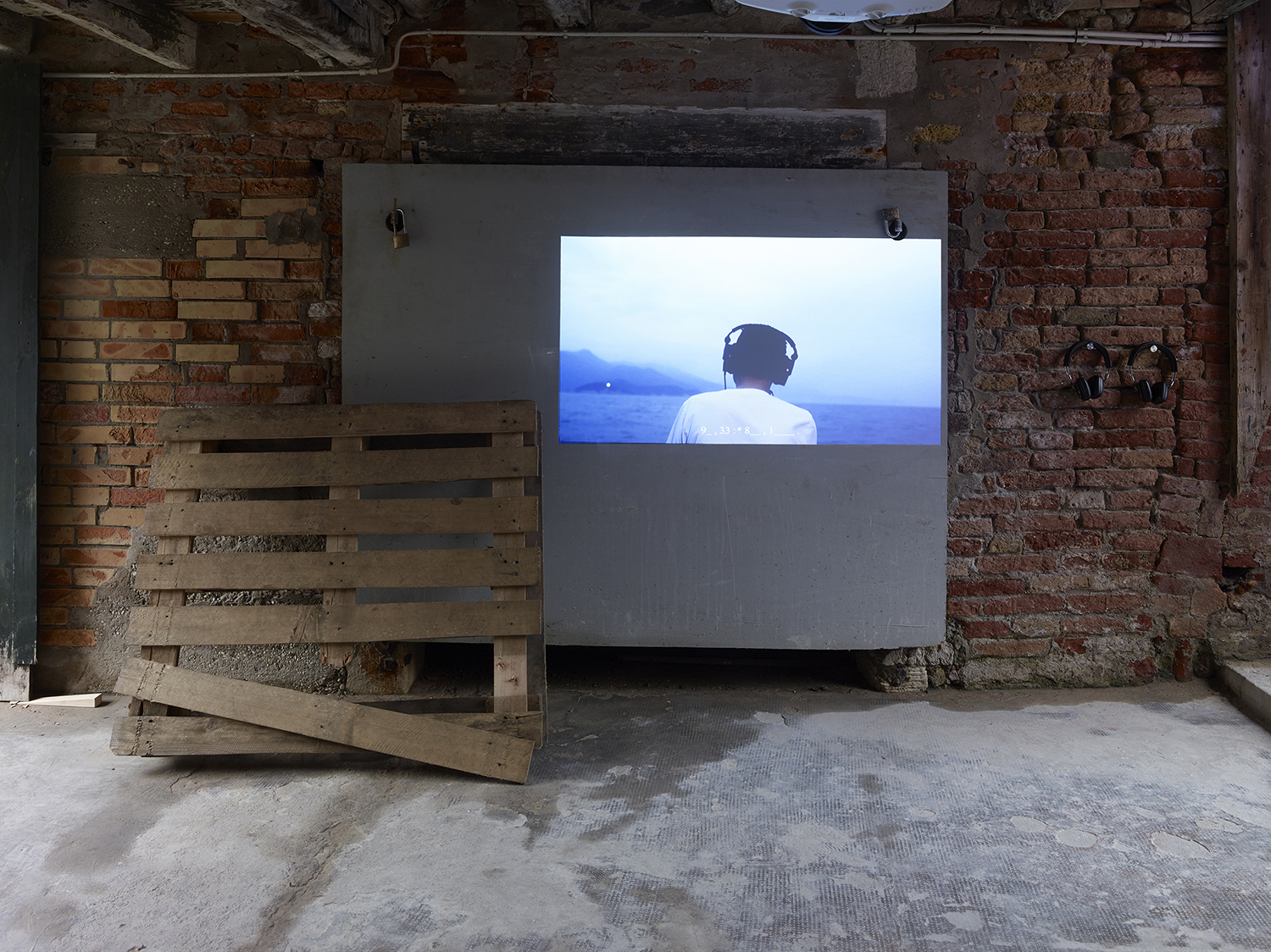 Despite being a global occurrence, Hong Kong seems to have a particularly heightened relationship with charity singles, which explains their function as a central element within the Hong Kong Pavilion: “Charity singles took root in Hong Kong in a big way—their popularity lasted well into the new museum,” the artist adds. “I think that here, we are even less critical of these gestures; we tend to think of them as we do of any other imported musical genre.” 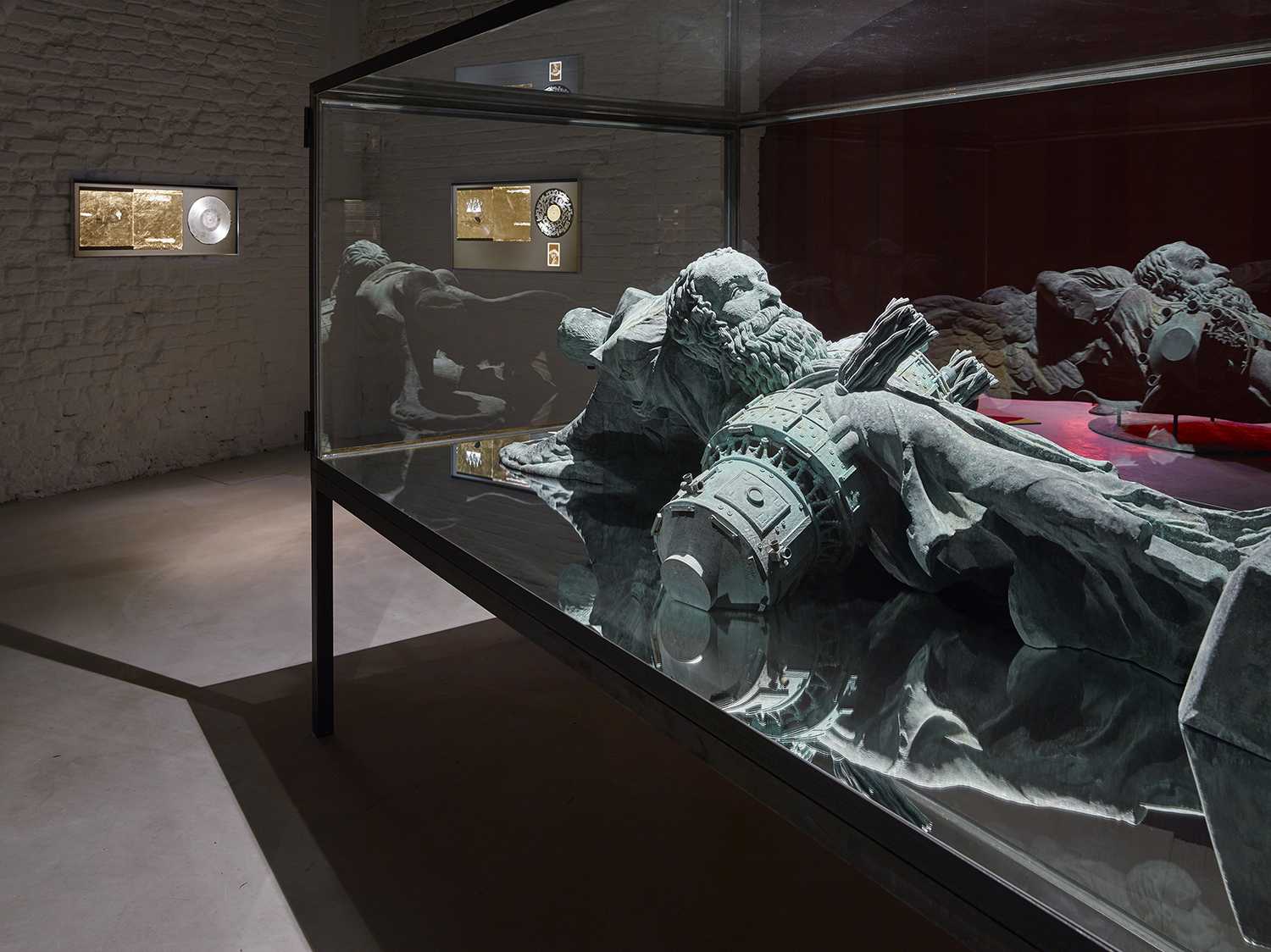 Palazzo Gundane (homage to the mythmaker who fell to earth), Samson Young, 2017

Although the auditory quality of the piece and the emphasis on charity singles are odd facets in their own right, the performance by the Hong Kong Federation of Trade Unions’ choir is certainly the strangest aspect of the work. Surprisingly (even to Young), they fully embraced the idea: “I basically just emailed and cold called the choir’s manager and conductor. I told them in a really straightforward way that I wanted to achieve artistically, and for what occasion the result would be show,” Young reveals.

At first, the possibilities looked grim: “They had a pretty long discussion internally, and for about a week or two I didn’t hear from them, and I thought to myself, maybe this isn’t going to happen,” he explains. “But then they came through, and once they’d said yes, the choir’s members really embraced the idea and gave their best performance.” 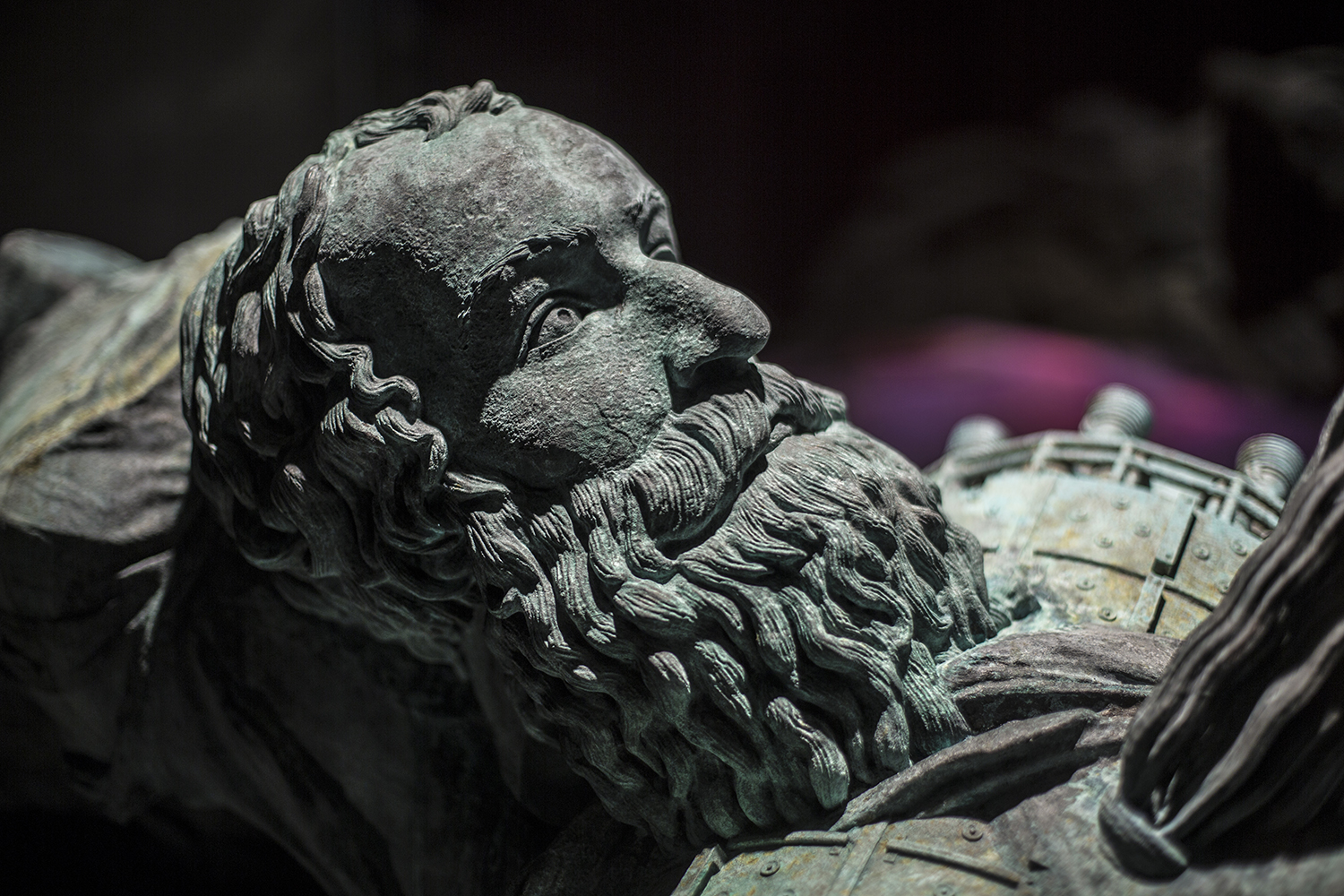 While Young had envisioned the Hong Kong Federation of Trade Unions as his performers from the start, the artist chose them not in agreement with their political position. “Politically, I certainly do not see myself aligning with the HFKTU’s pro-establishment, pro-Beijing stance. I ‘reached across the aisle’ as it were,” Young states. “But they took a leap of faith in entrusting their representation with an artist. It has been a real educational experience for me, and I hope it has been for them too.”

More of Samson Young’s multimedia works can be checked out here. You can see the choir’s rendition of “We Are the World,” as well as Young’s accompanying pieces in Songs for Disaster Relief, on view at the Hong Kong Pavilion, curated by Ying Kwok and Doryun Chong, at the Venice Biennale through November 26th, 2017.

A Powerful Piece of the Venice Biennale Comes to Brooklyn

Troops in Riot Gear Deliver a Hidden Message in Venice