According to the LaCroix website, it’s the best selling domestic sparkling water brand in the USA. Maybe you’ve never even had one before, but you certainly can’t deny its impact on pop culture: San Francisco street artist and muralist fnnch recently reconstructed the vibrant, multicolored cans of LaCroix’s nine original flavors in a series of spray painted stencils, and at The SUB, a private art gallery in the Mission district of San Francisco, you can now check out fnnch’s new exhibition, 9 Cans of LaCroix.

The artist tells Creators that he “half-jokingly” refers to this series of paintings as the “soup cans for Millennials”; an artistic salute to Warhol’s seminal 1962 Campbell’s Soup can paintings. fnnch’s works parallel Warhol’s in that they share the same dimensions (16″ x 20″) and depict the cans from roughly the same perspective. The artist says he was inspired by a quote from a Japanese poet named Matsuo Basho that reads, “Do not seek to follow in the footsteps of the wise. Seek what they sought.” In elevating a banal food item to high art status, fnnch is, in a way, exploring some of the same cultural and aesthetic territories as Warhol. 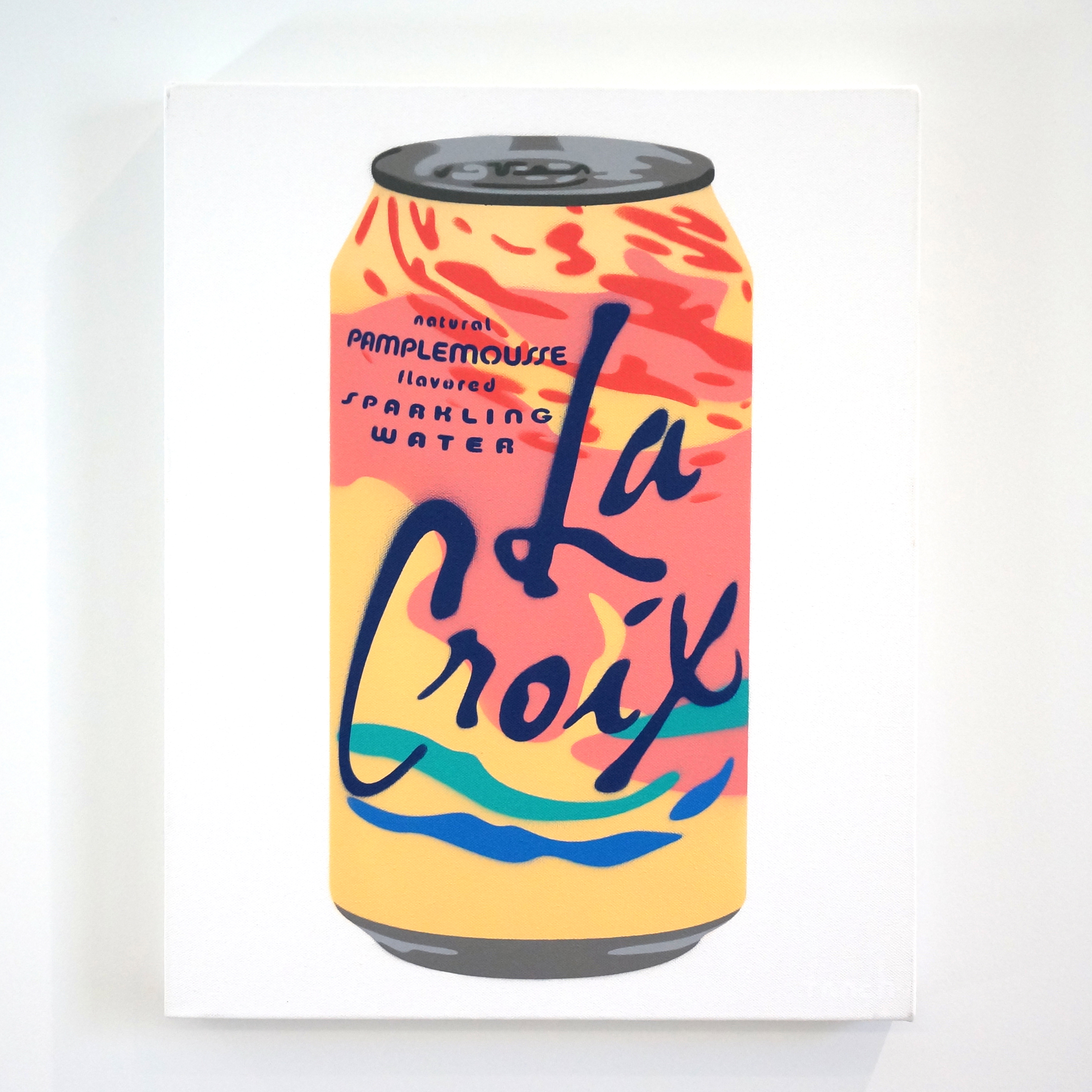 In his description of the show, the artist cites a quote by Warhol: “A Coke is a Coke and no amount of money can get you a better Coke than the one the bum on the corner is drinking.” Pamplemousse, anybody? 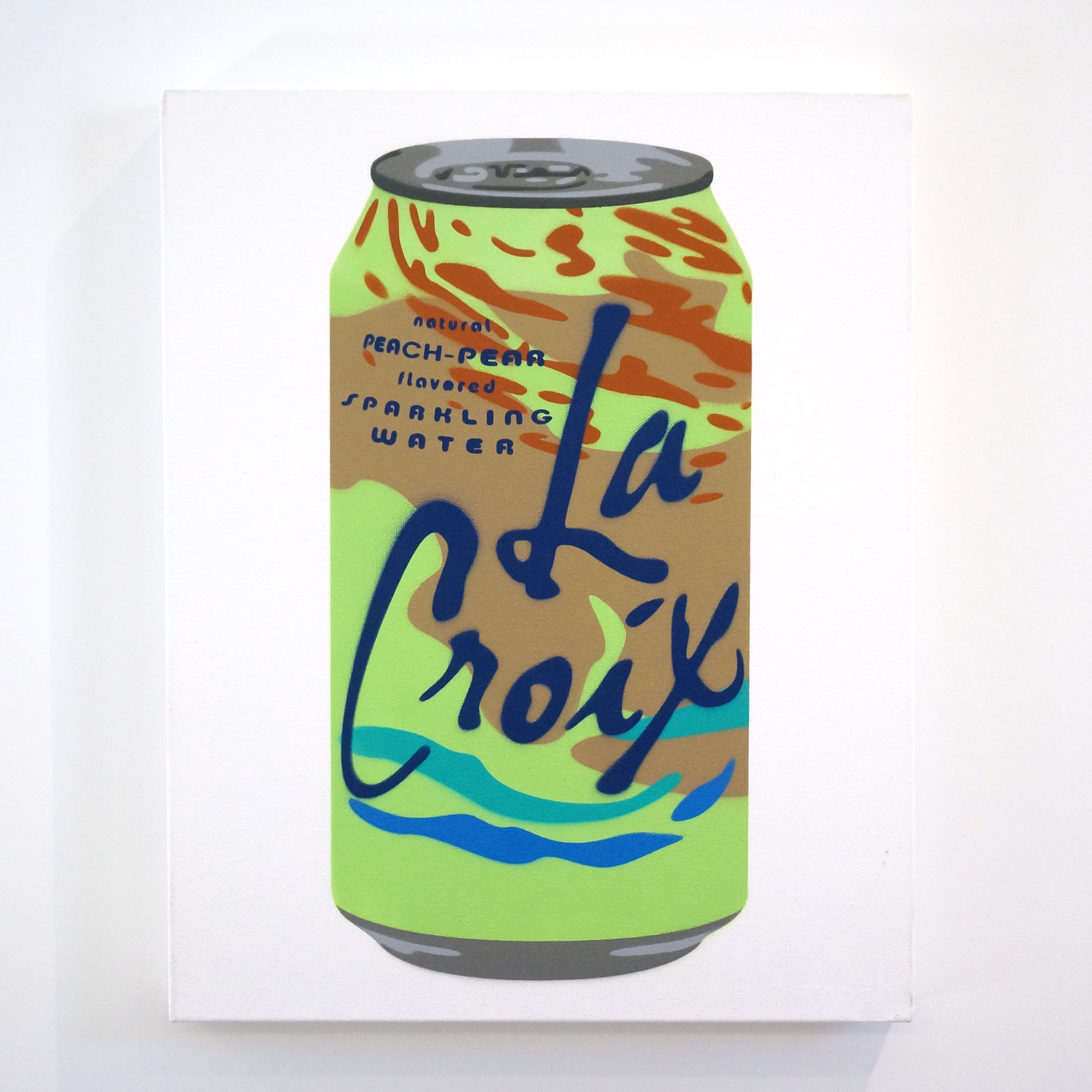 The artist reflects a similar sentiment during his conversation with Creators: “There’s something special going on with LaCroix right now. It’s definitely part of the cultural zeitgeist. I believe that it’s rise can be credited in large part to the fall of sugar sweetened beverages like Coke, a trend I wholeheartedly support. The billionaires of Silicon Valley do not drink Coke. Movie stars do not drink Coke. But they do all drink LaCroix. And you can, too. There’s something wonderful about that.” 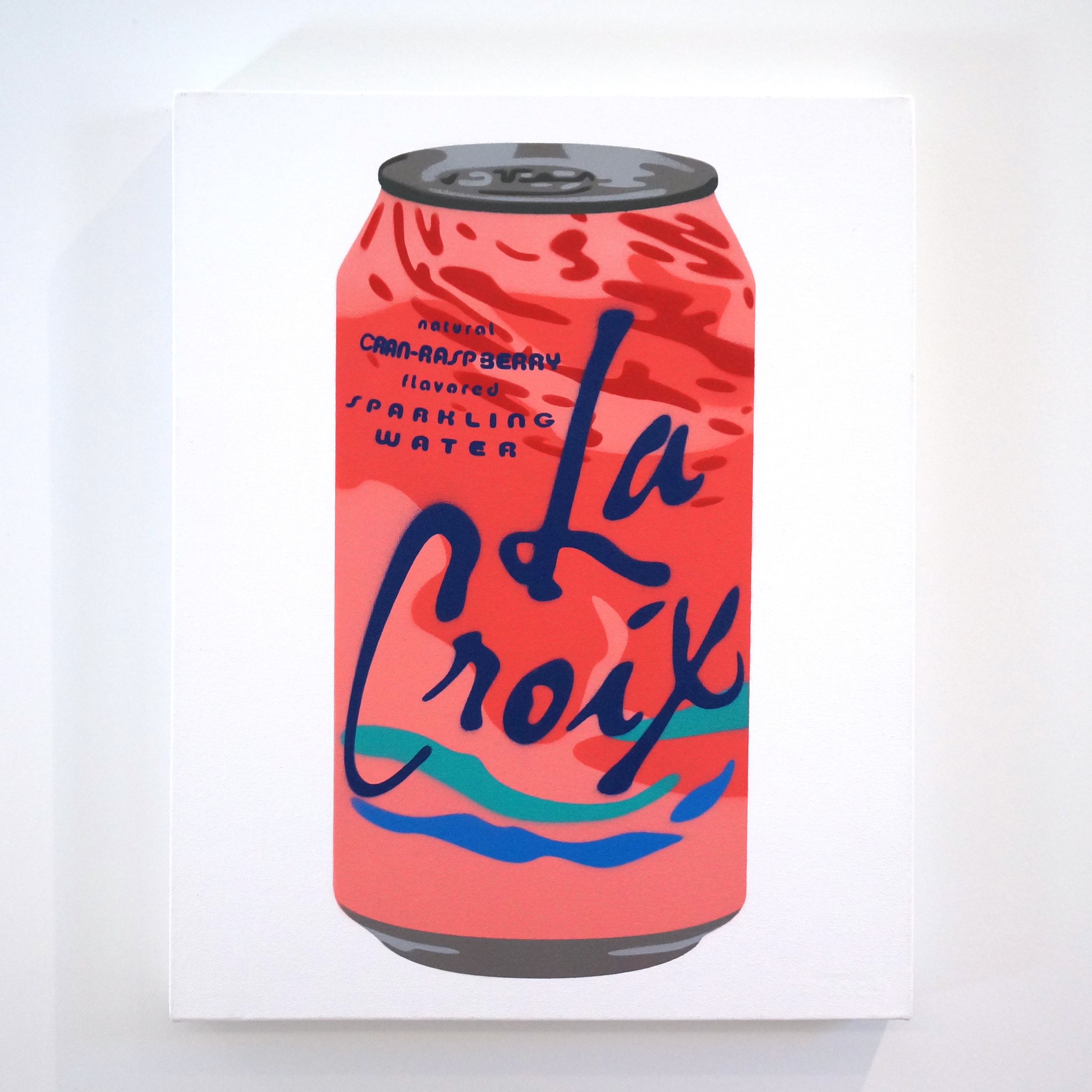 In addition to the LaCroix centerpiece, fnnch’s show also features a flamingo mural and a series of honey bear paintings. Learn more about the 9 Cans of LaCroix show, here, and check out more works by the artist on his website.

A Teenager Kicks His “Coke Habit” in a Striking Animated Short

Pour One Out for Our Favorite Enamel Pin of the Week