We all know that job interviews can be stressful. Have you ever completely blanked due to nerves during an interview then finally remembered everything you planned to say as you were exiting the building? Trying to recall what questions to ask while speaking as eloquently as possible and accurately representing your personality can feel like an impossible balancing act. So it is understandable that one might have queries about the position or the company following an interview, once the nerves have settled. Most employers welcome additional questions from curious new hires to ensure they feel comfortable and confident when starting their new position. One potential employee, however, was shown no sympathy from his soon-to-be manager. After being offered a position as a tutor and preparing to go sign new hire paperwork, it only took asking two questions for his new job to vanish before his eyes. He then shared screenshots of the surprising conversation on Reddit, and many readers related to the frustration of dealing with unprofessional managers.

Eager to start his new position, this man reached out to his soon-to-be boss about payment information 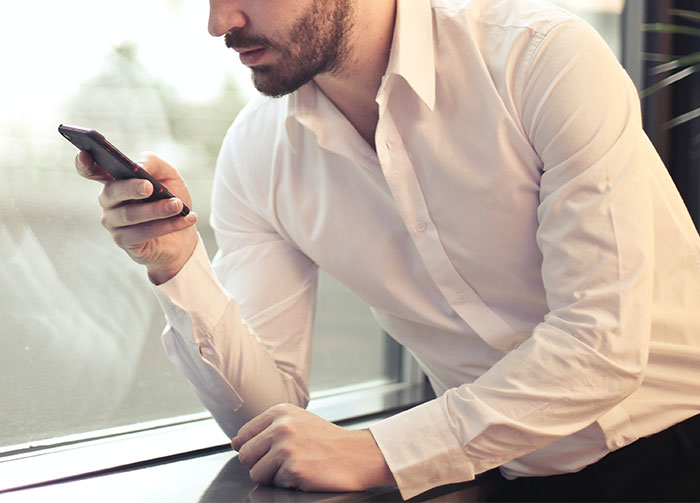 The manager, however, did not appreciate the questions and suddenly withdrew the job offer 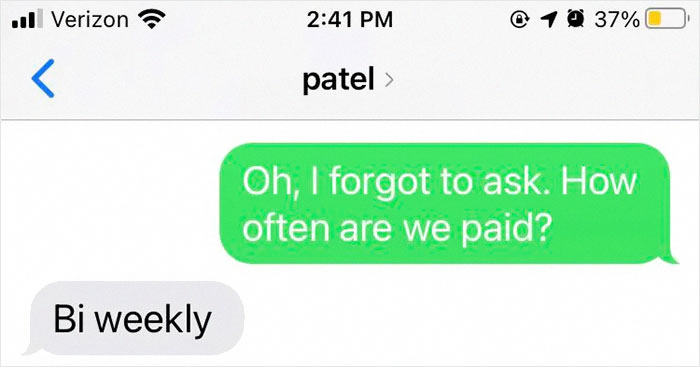 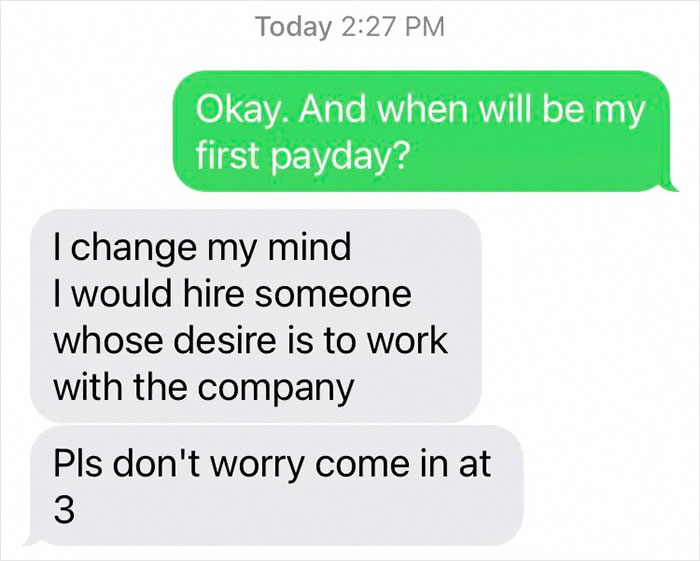 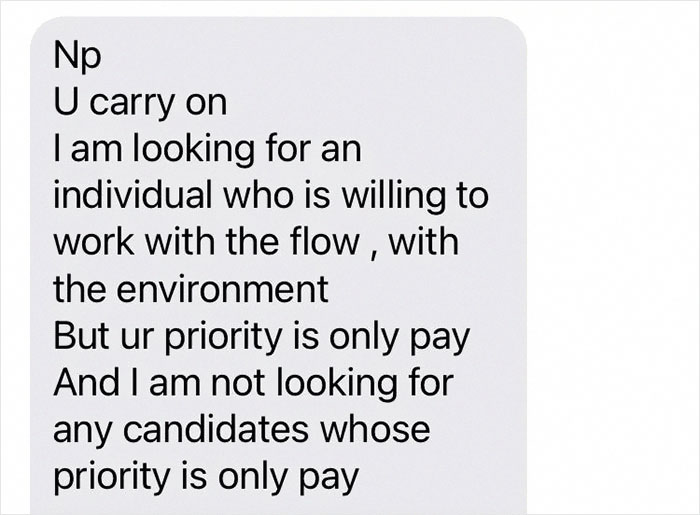 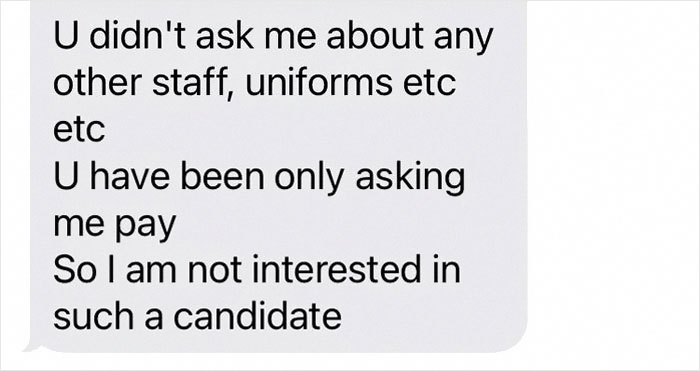 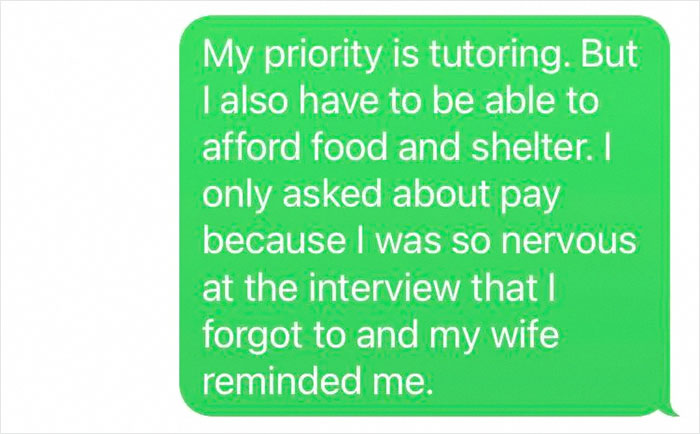 Apparently pay being a priority for employees is frowned upon by this employer. He quickly turned cold and retracted his job offer after being asked about payment. The manager states that he is looking for team members who are “willing to work with the flow” and do not prioritize payment, which sounds like what he really means is employees who are willing to be exploited. There is nothing wrong with hoping to find enthusiastic staff members, but it is ridiculous to act as though workers are not entitled to transparency surrounding their salaries. The hopeful tutor made it clear that his priority is “helping children learn”, but he needed to know the payment information to ensure he could provide for his family. Clearly that was not the response his boss was looking for. The general consensus from readers is that the tutor dodged a major bullet by losing this opportunity. They commented on how this was just the tip of the iceberg, and working with this manager would have likely been a nightmare. 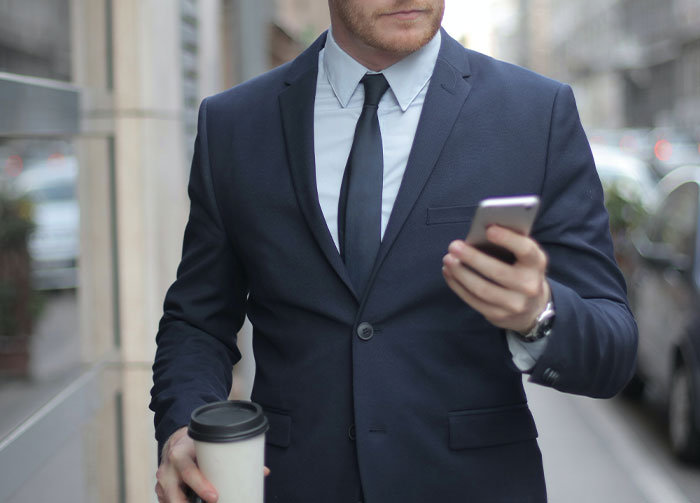 Unfortunately, employees feeling dissatisfied with management is not a new issue. A 2016 study by Ernst & Young and reported on by Harvard Business Review found that less than half of the employees surveyed had a “great deal of trust” in their employers. Meanwhile 15% report “very little or no trust at all”. Reasons cited for frustration include unfair compensation, “lack of strong leadership”, lack of a “collaborative work environment, high turnover rates, and unequal opportunities for pay and promotion.

After sharing his story, the tutor received many comments of support and sympathy from readers 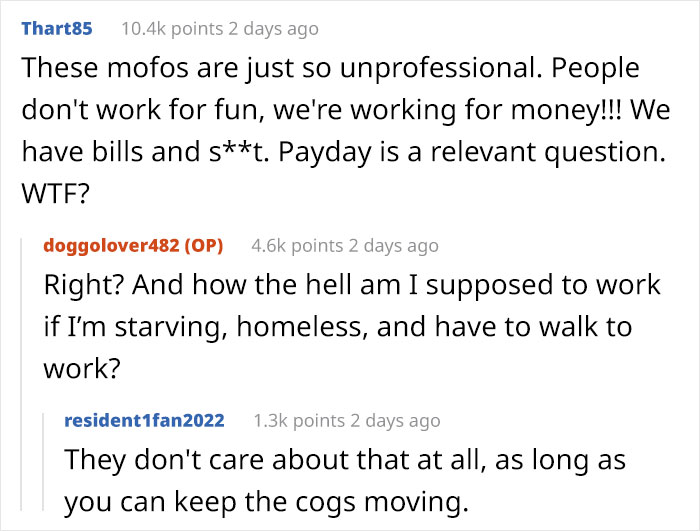 For some, the Covid-19 pandemic has exacerbated work environment issues. In a 2020 survey conducted by McMaster University’s School of Labour Studies, almost a quarter of the respondents reported negative interactions with their supervisors during the pandemic. These ranged from “difficulty getting paid” to being denied time off to being bullied. One woman working in construction shared that her boss rejected and laughed at requests to increase safety precautions. Another employee reported that her boss “held employment over [her] head as a threat” and forced her to complete tasks unrelated to her position. Many employees are sharing their personal stories online as well. The r/antiwork subreddit is filled with screenshots of texts and emails from employers cultivating toxic work environments. From demanding employees work while ill to berating workers for smiling or enjoying their jobs, there are plenty of examples of bosses who value productivity over treating their staff compassionately. 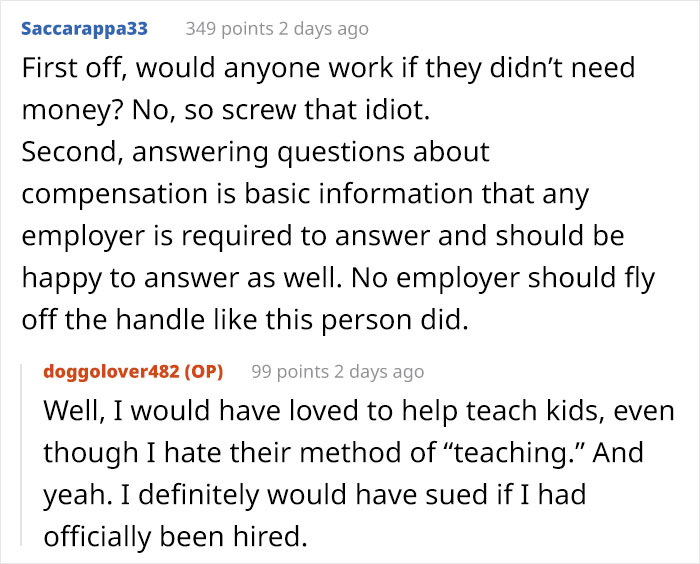 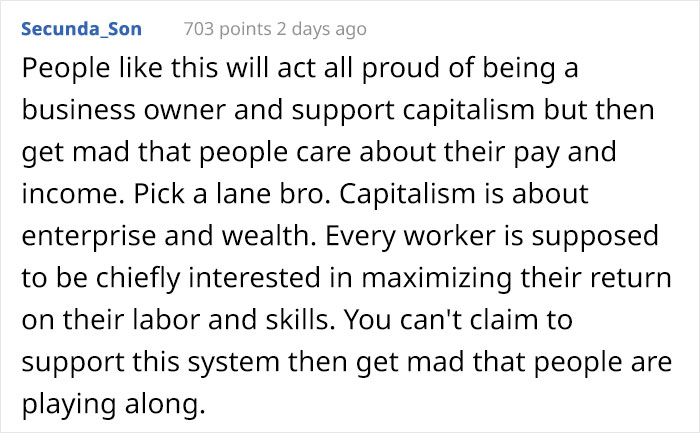 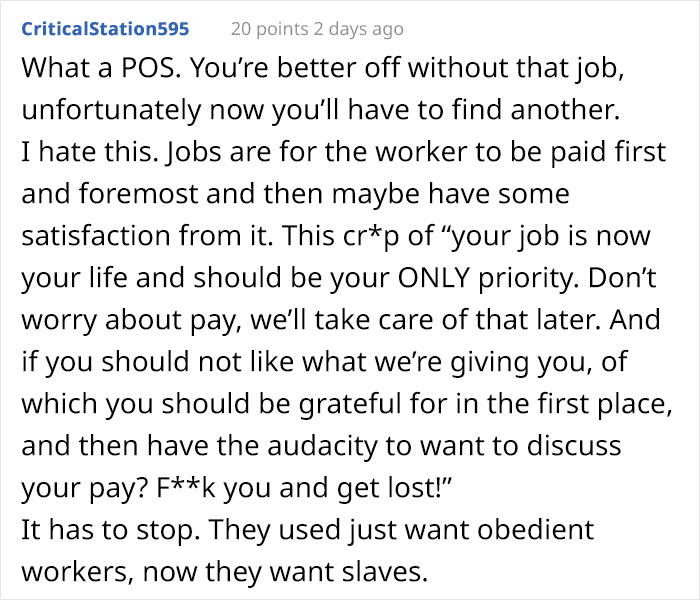 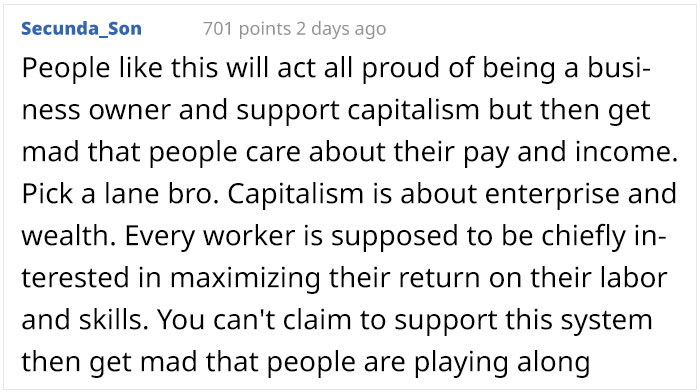 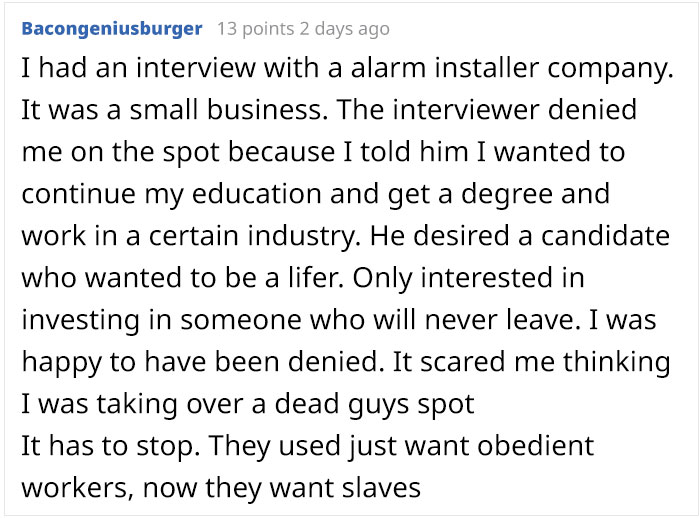 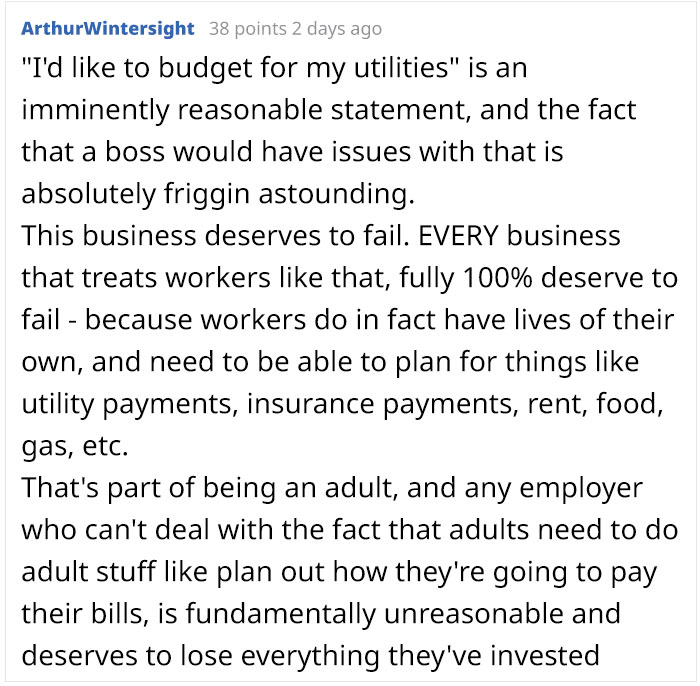 With the accessibility of sharing information on the internet today, it is easier than ever for frustrated employees to use online platforms to hold companies accountable. These fed up workers are empowering one another to speak out and demand transparency from employers. Hopefully with increased accountability, work environments as a whole will shift to becoming healthier and safer. Have you ever had to work with a boss similar to the manager in the story? Let us know in the comments how you responded to that situation!

The post “Your Priority Is Only Pay”: New Hire Asks About Pay, Manager Tells Him To Not Come In first appeared on Bored Panda.