Water. Can’t live within it, can’t live without it. Whether you’re ankle or waist deep, in a pool or a bathtub, it chilling your skin enough to prickle or hot enough to wake your frozen soul up for another day, water is fascinating. But you can have too much of a good thing. While inspiring, calming, and fascinating, it can turn murky, rough, and dangerous.

One 3-year-old boy was sadly swept into the depths of a swimming pool and, if not for this 7-year-old who noticed him and dove in to bring him up, he might have not woken up to see the sunshine again.

Before we explore the details of the story, as well as some tips and tricks that may help you survive potential drowning, let me know – have you ever saved someone from drowning or have you come close to drowning yourself? The latter is deeply embedded in my own mind… Looking forward to reading your stories and, without further ado, let’s dive in (wink wink).

A 7-year-old boy from California, named Massiah Browne, became a local hero for saving a toddler drowning in a pool 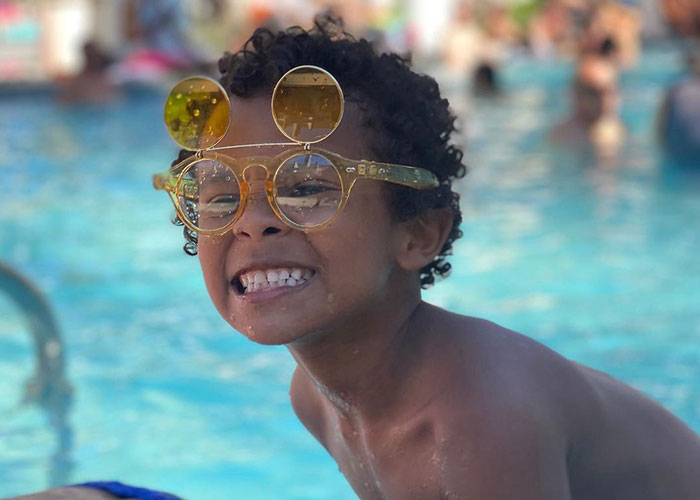 A 7-year-old boy, named Massiah Browne (or as he goes by his superhero nickname Siah Fire), became a local hero for saving a toddler drowning in a pool. The boy was spending time with his relatives at their apartment complex in Sacramento on July 19, when he noticed something strange. A tiny boy, with his mouth and eyes open, had sunk to the bottom of the pool.

“I was just playing in the pool and then I saw a boy at the bottom of the pool and I went to go get him,” Massiah told Good Morning America (GMA). After alerting his 9-year-old relative, Savannah, she encouraged him to grab the boy’s arm and bring him up. He wasted no time, bravely diving through six feet of water to pull the 3-year-old child up to the surface. From there, Savannah helped him get the boy onto the pool deck, where adults came and called 911. 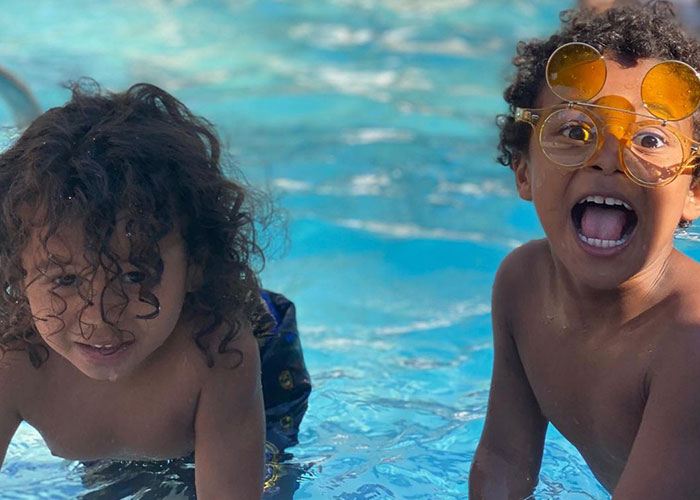 The boy was playing in the water when he saw a small body at the bottom of the pool. Without hesitation, he dove through six feet of water to pull the child up 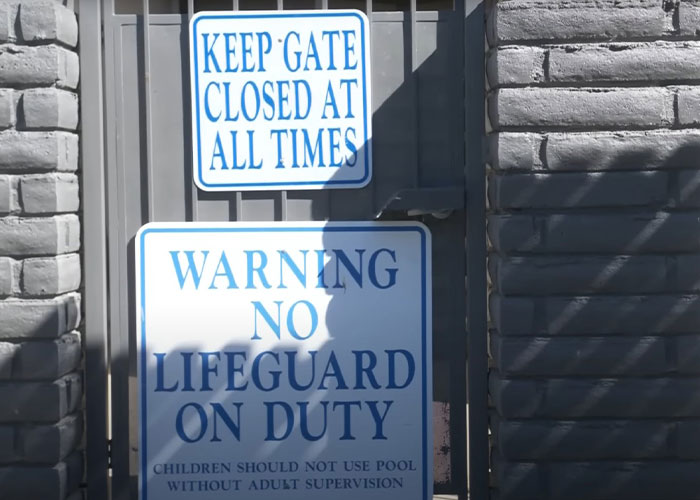 “Savannah brought him to his mom and then they did CPR on the boy and then they called the doctor,” said Massiah. The 3-year-old boy’s aunt came to the scene as well.

A Sacramento Fire Department spokesperson stated to ABC News that the bystanders performed CPR, and the child was breathing by the time medical workers got to the scene. “The child was transported in critical condition with advanced life support efforts provided by Sacramento firefighters,” they said.

The 3-year-old was quickly attended to by adults who came to the scene. CPR helped revive the boy, and he was breathing steadily when medical workers got there 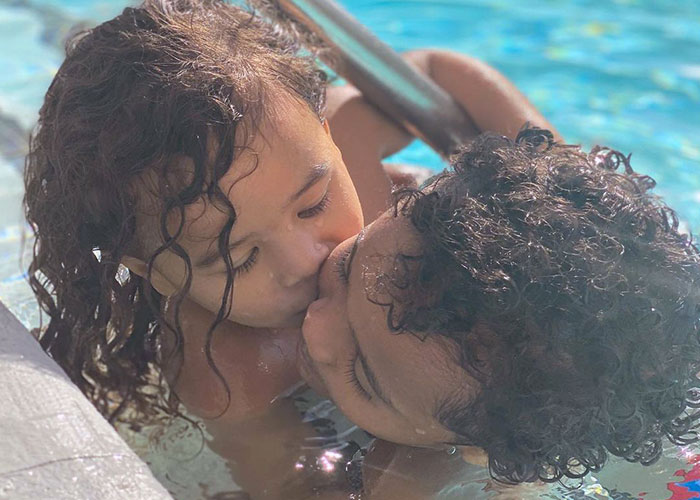 Massiah and his brother Mason have been swimming for most of their lives, feeling at home when it comes to water. The boys’ mom, Tiara Delvalle, told Fox 5 that Massiah has taken swimming lessons since he was a toddler himself, believing that his actions that day were driven by pure instinct. “You never hear about a 7-year-old saving a 3-year-old, so it was very shocking,” she said.

His father, Marcus Browne, a boxer who competed for the United States at the 2012 London Olympics, was shocked when he heard of his son’s life-saving actions. Although his son swims “like a fish,” he couldn’t believe the bravery Massiah showed that day. “He’s a good kid,” he said.

The toddler was taken to hospital, where he made a full recovery. Massiah’s mom, Tiara Delvalle, said he’d been learning to swim since he was a toddler himself 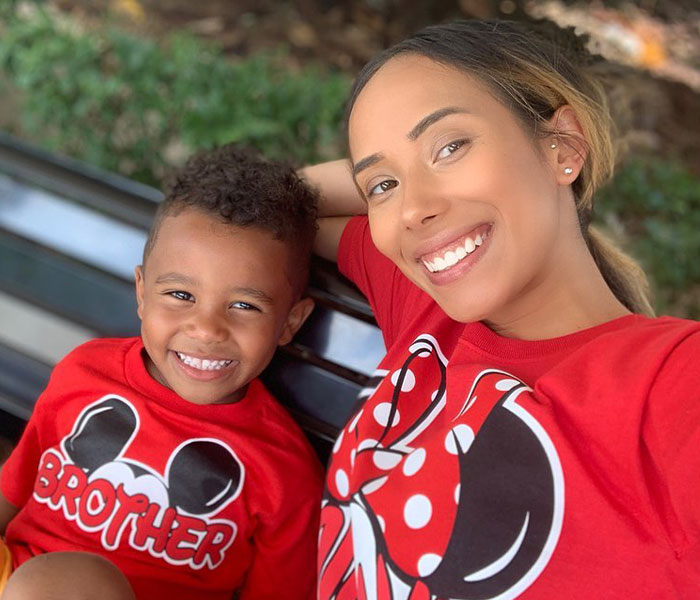 Tiara has been in touch with the mother of the boy, and the toddler has made a full recovery. It’s truly a miracle that happened that day – Massiah was in the right place at the right time. As she wrote in an Instagram post: “Mommy is So Proud of you Baby! You’re really living up to your name Massiah! You’re a Real Life Superhero!”

According to the CDC, more children aged 1–4 die from drowning than any other cause of death except birth defects in the United States, with most drownings happening in swimming pools. Drowning can happen anytime, even when children are not expected to be near water and even to those who are very confident in their ability to swim.

“You never hear about a 7-year-old saving a 3-year-old, so it was very shocking,” Tiara said, incredibly proud of her son’s heroic act 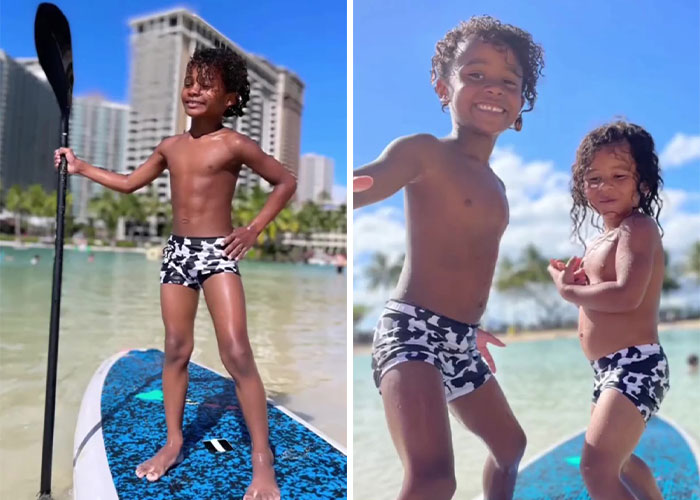 “Water is the most deadly force on earth,” said Leza Sisley, a firefighter paramedic and a member of the Lake Monticello Fire and Water Rescue Squad. “It goes where it wants. When we misjudge the power of water is when we make the worst mistakes. […] Avoiding an emergency is your best bet for staying safe.”

Here are some tips to remember when wading in water. The most important one – just because it looks calm on top, doesn’t mean it’s safe. Currents, rocks, and holes are dangers you can’t see, and you can’t measure the depth of water just by looking at it.

Avoid drinking alcohol before swimming, as your reaction time slows and it’s easier to get lost. “You’re 10 feet tall and bulletproof when you’re drunk,” Leza says. “You jump off of things you normally wouldn’t jump off of. You dive into things you normally wouldn’t dive into.” Also, consider how medications or health conditions will affect your balance, coordination, or judgment.

In the US, more children aged 1–4 die from drowning than any other cause of death. Drowning is rarely a dramatic act, with most children sinking quietly 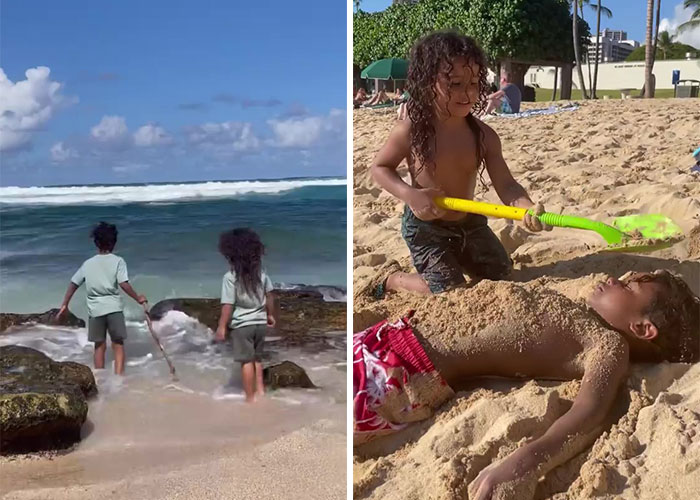 Then comes the danger of temperature. “Cold water can ‘paralyze you’”; Dr. Linda Quan, emergency-department director at the Children’s Hospital & Regional Medical Center, described hypothermia as a “deathlike state” that gradually turns off all the enzymes in your body that control organ function. Motor skills are one of the first things to go.

Drowning is easy to miss. One should not expect a person to be screaming or creating a lot of commotion. “We all think if someone’s drowning, it’s going to be a loud dramatic event. But it’s not at all obvious. When a child starts to drown, they sink quietly,” Leza explains. So keep watch, and never leave children unattended.

Rescue can be dangerous too, as “it’s the brain’s reflex to get to the surface,” making the person want to climb up and potentially submerge you in the process. The right thing to do? “Reach or throw, don’t go,” says Rita Krenz, a paramedic who served 25 years on the Scottsville Volunteer Rescue Squad. “Throw a buoy or skimmer to pull someone in. Throw a rope or bag. The last thing you want to do as a rescuer is get in the water.”

Learning to swim is one of the easiest ways to prevent tragedy from happening, but one should never be overconfident either 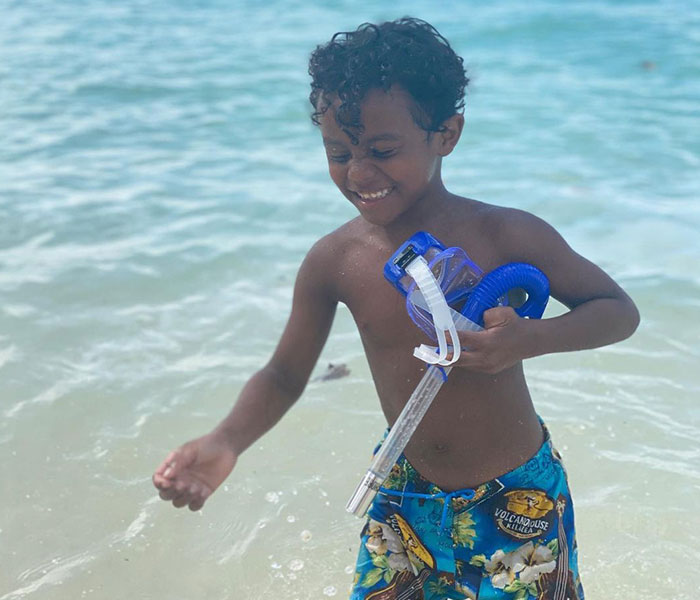 It is very easy to panic when things start going wrong. Especially when water starts flooding the nostrils and mouth, the uncomfortable burning sensation triggering an involuntary response for oxygen. So, calm down as much as possible and try to find solutions.

Many places, like the Great Lakes Surf Rescue Project, have advised using the “flip, float, follow” technique. It says that if you’re drowning, you should flip on your back and then float on your back to keep your head above the water and conserve energy. Finally, follow the surest way to safety.

If you happen to get caught in a rip current, experts say you should swim perpendicular to the current’s flow until you’re out of it and then swim to shore. If you’re caught in fast water where you could get caught on rocks, aim your body toward the shore, feet first, angle your body so the water will push you to one side or the other, cross your feet, and put your arms on your chest.

We wish Massiah and his family all the best! We can all hope to have someone as heroic and brave nearby in a time of need 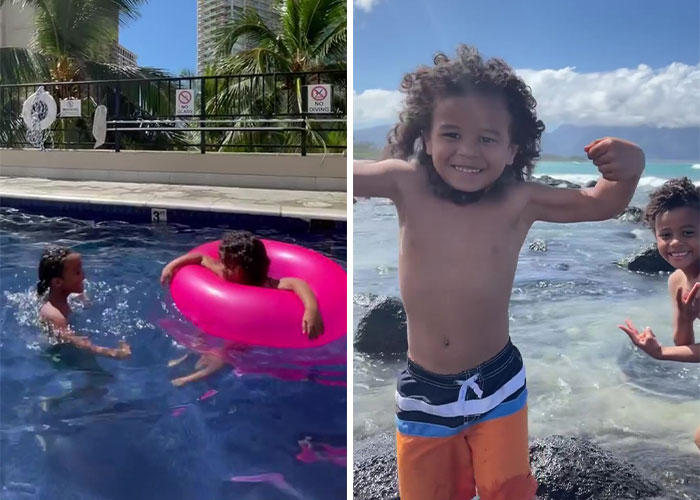 The simplest, most straightforward safety measure to take? Teach yourself and your kids how to swim. Are you really going to avoid water all your life? Doubtful. And if you do become pretty good at swimming, try not to get overconfident, as even the most skilled swimmers drown when caution is thrown overboard.

I wish Massiah and his family all the best and congratulate the brave boy for saving a life. Let us know your thoughts and tell us your experiences too! Until then, stay safe!

People have hailed the boy as a hero, whilst also offering some advice for parents and swimmers alike. Let us know your thoughts in the comments! 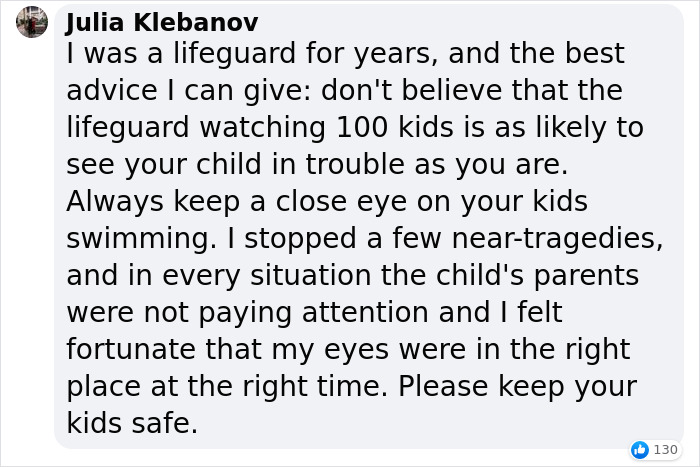