Nobody said you have to be friends with your colleagues. For most of us, tolerating them to keep the relationship civil is enough, and genuinely getting along is truly a blessing. But when an annoying coworker fails to manage their emotions and resolve disputes in a professional manner, it’s a one-way ticket to the unnecessary drama that erodes and undermines trust within the team.

In this case, the subject matter that takes center stage is allergies. Reddit user AITA199O reached out to the popular AITA community to ask people for advice after finding themselves in an argument… over a candy dish. It all started when a new employee, Heather, noticed Reese’s peanut butter cups on the user’s desk. She announced being allergic to peanuts and the author assured her she would not buy such candy in the future.

Under normal circumstances, things would have ended there. But instead, Heather started accusing the employee of being insensitive and “not respecting” her condition. What followed led to a heated argument and a lecture from HR that instantly sparked tension in the office. Let’s see the whole incident in full right below, and be sure to weigh in on the discussion in the comments! 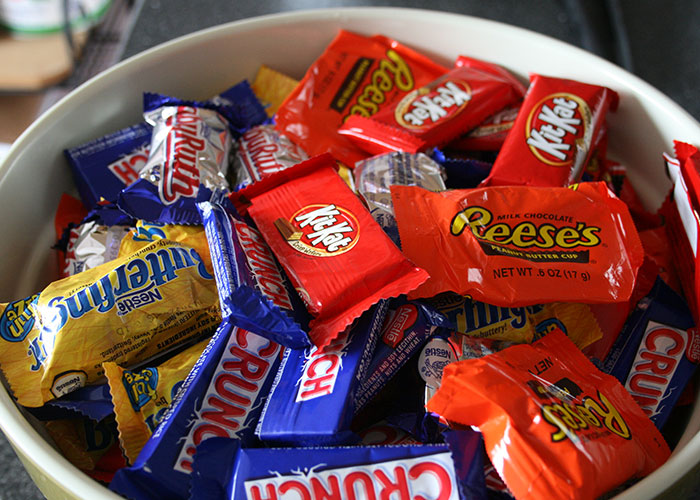 After being accused of “not respecting” the coworker’s allergy, they asked the internet to evaluate the situation 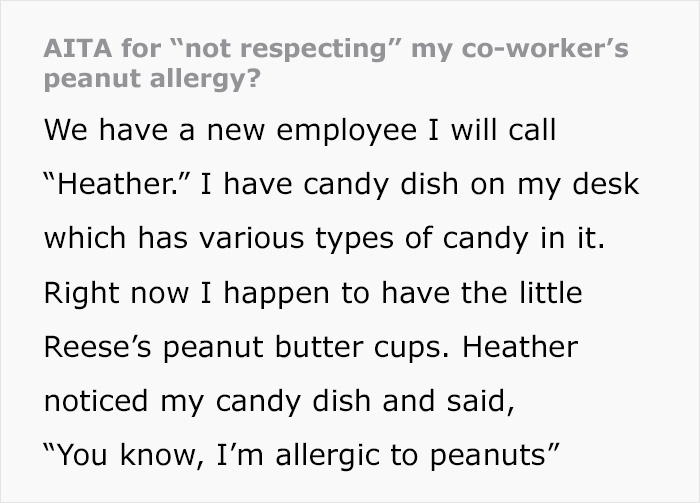 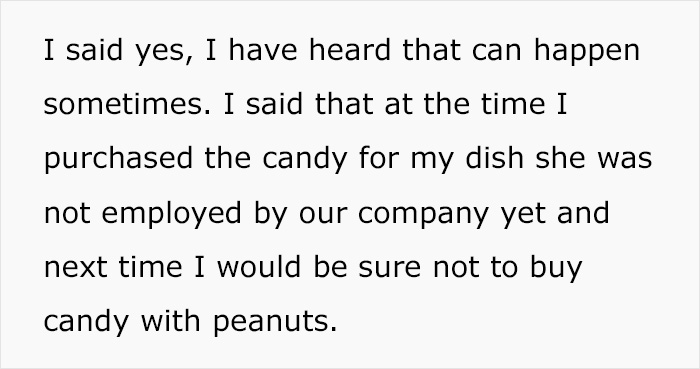 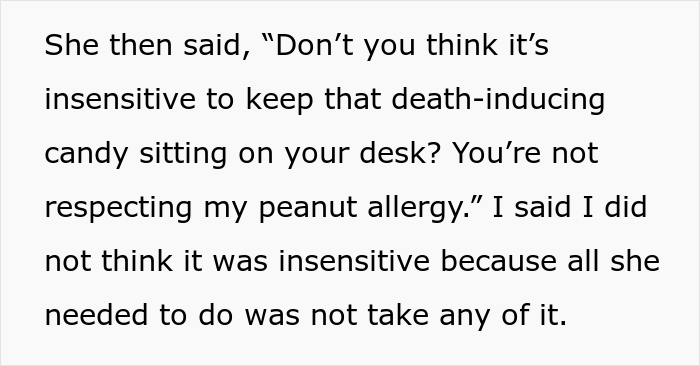 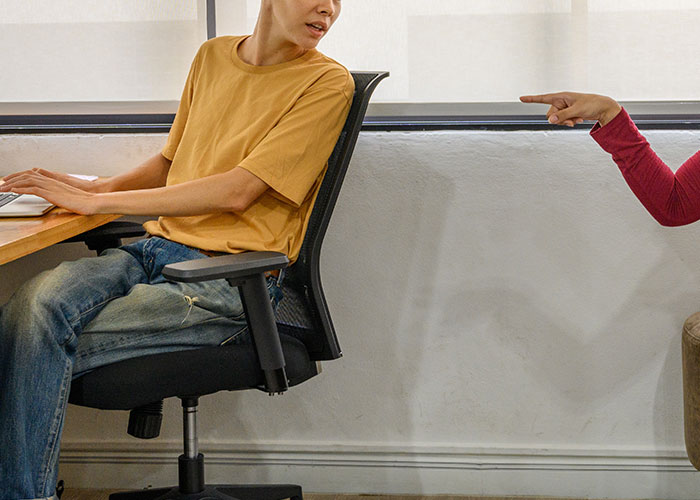 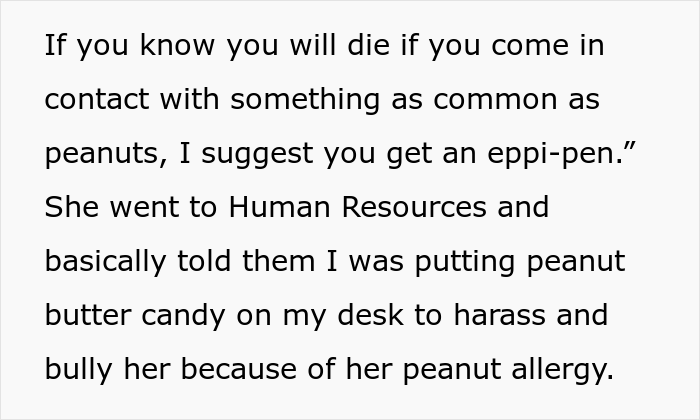 Later on, the user added a few updates about the incident 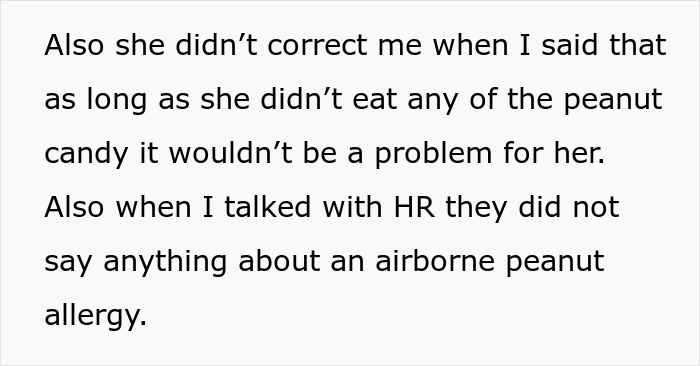 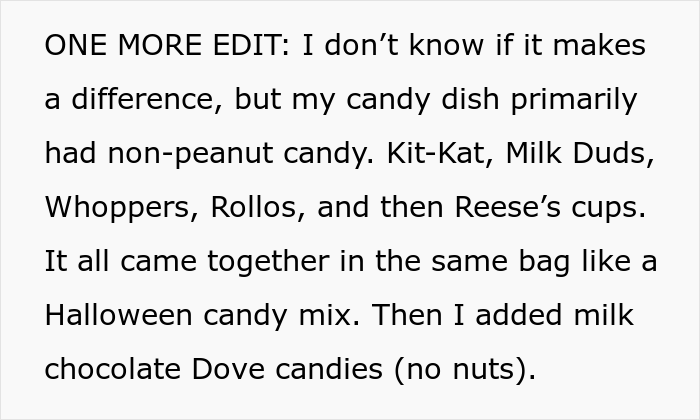 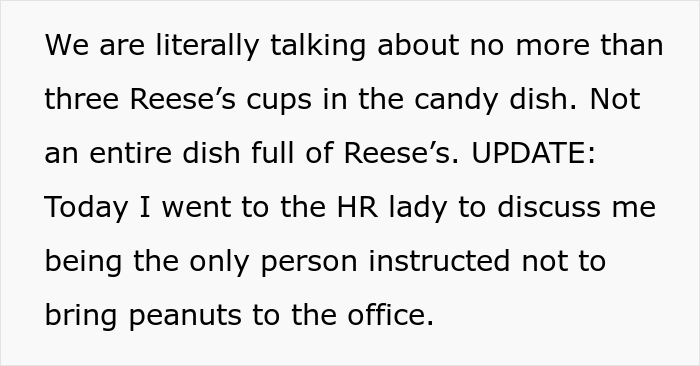 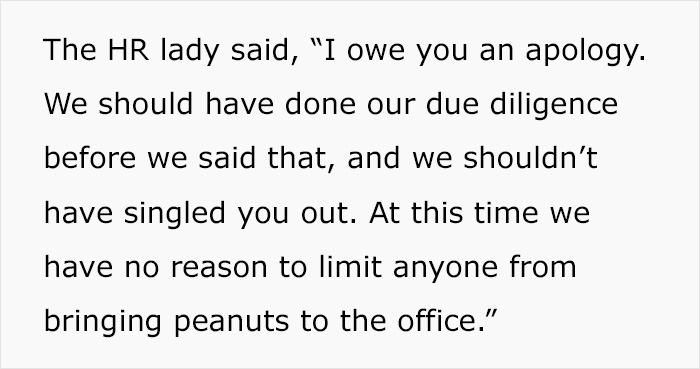 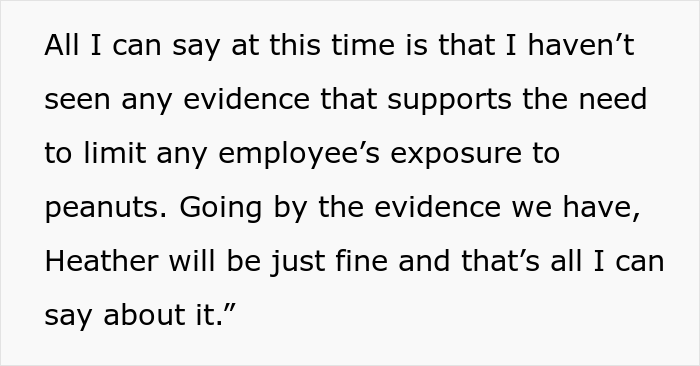 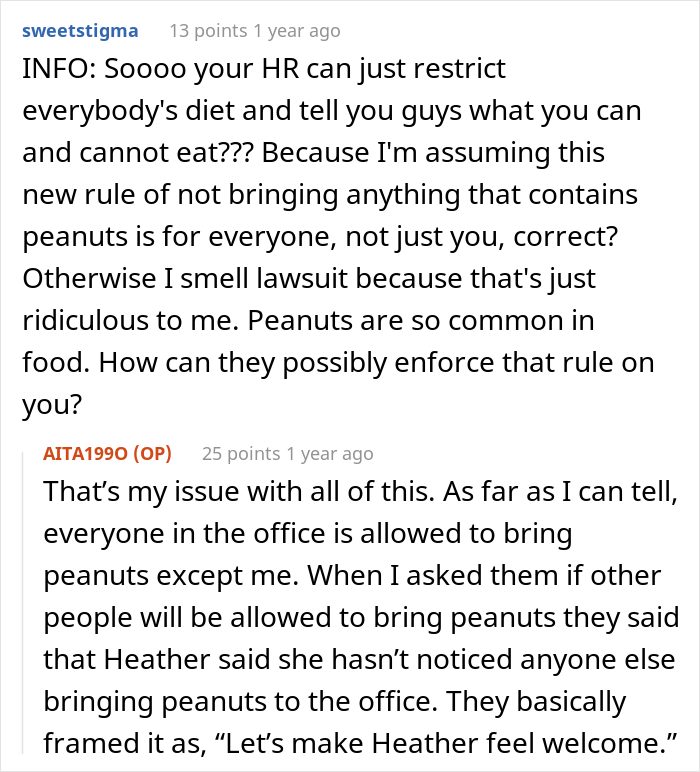 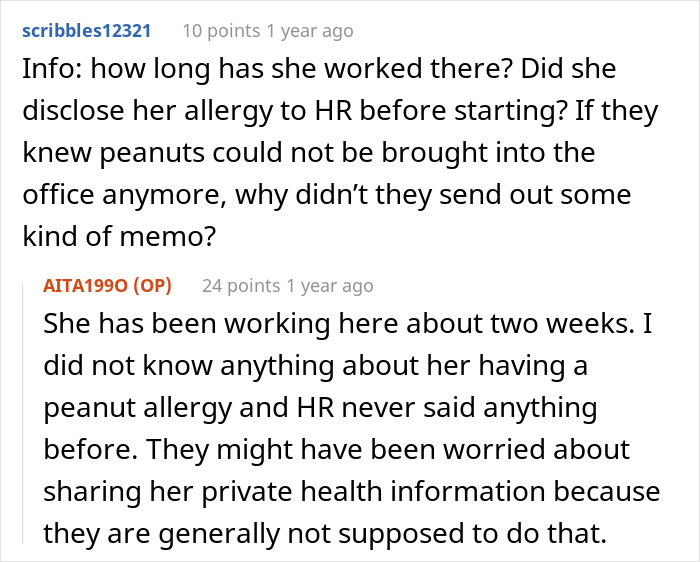 The post caused quite a stir in the community, with some people siding with the user 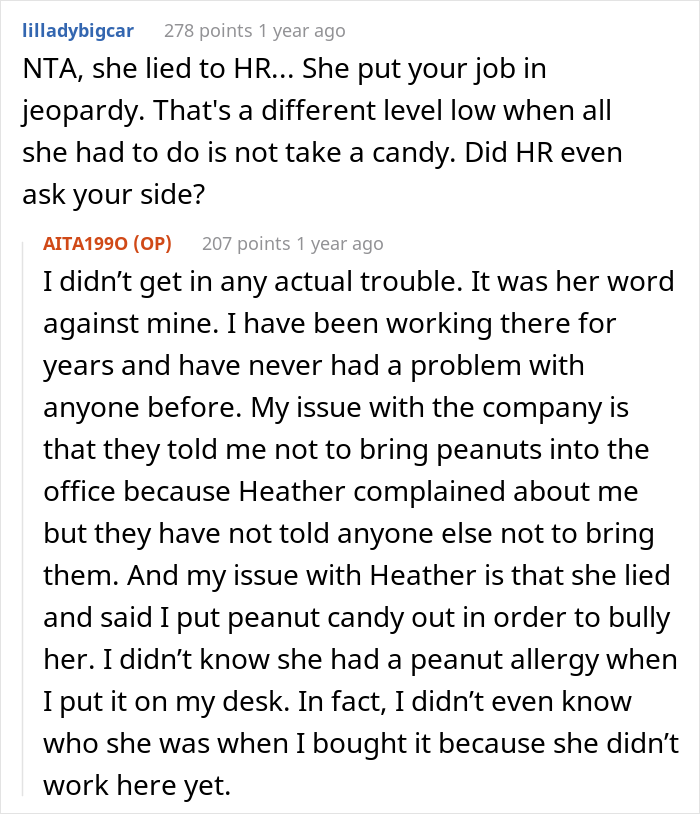 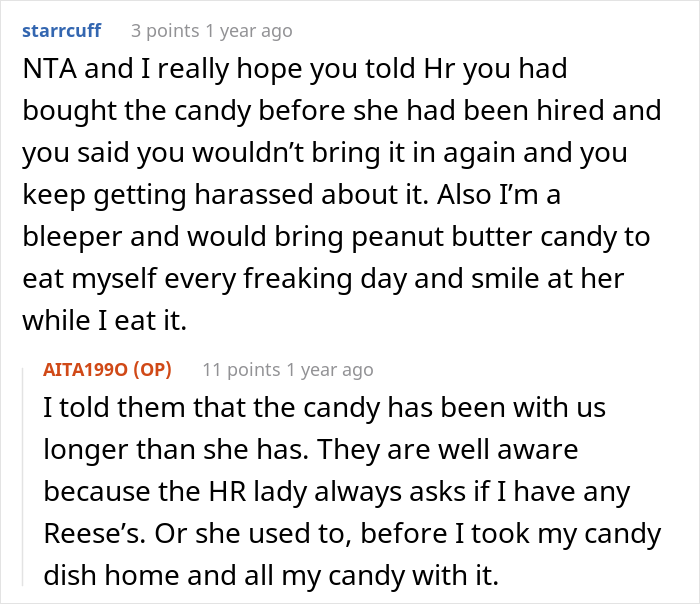 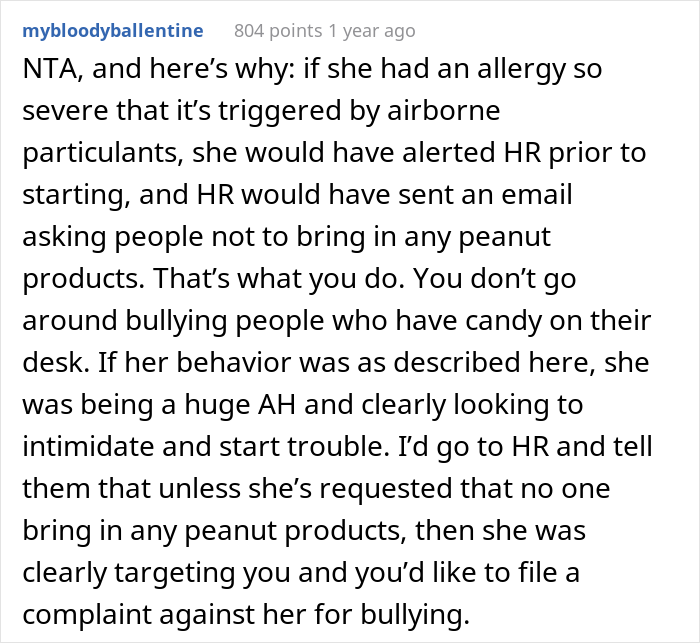 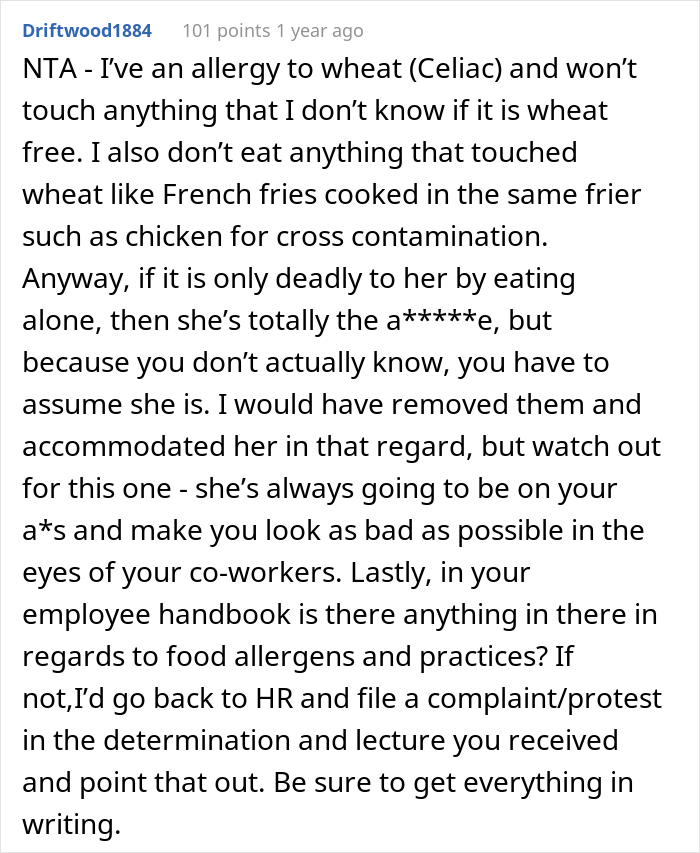 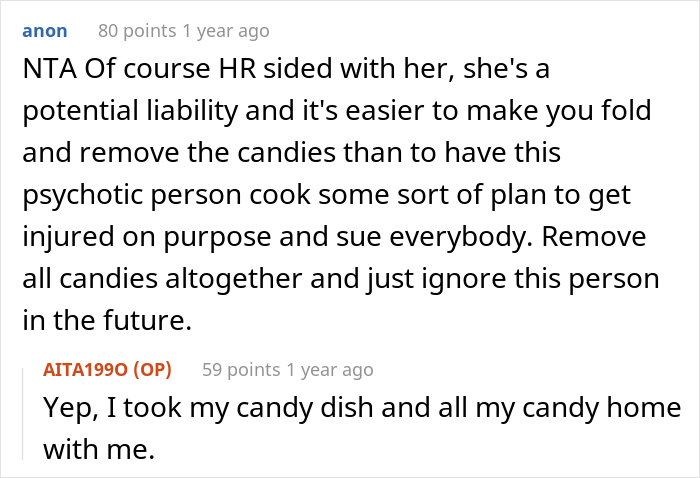 Others were on the fence or immediately deemed the employee was wrong, saying the coworker’s health should be the most important 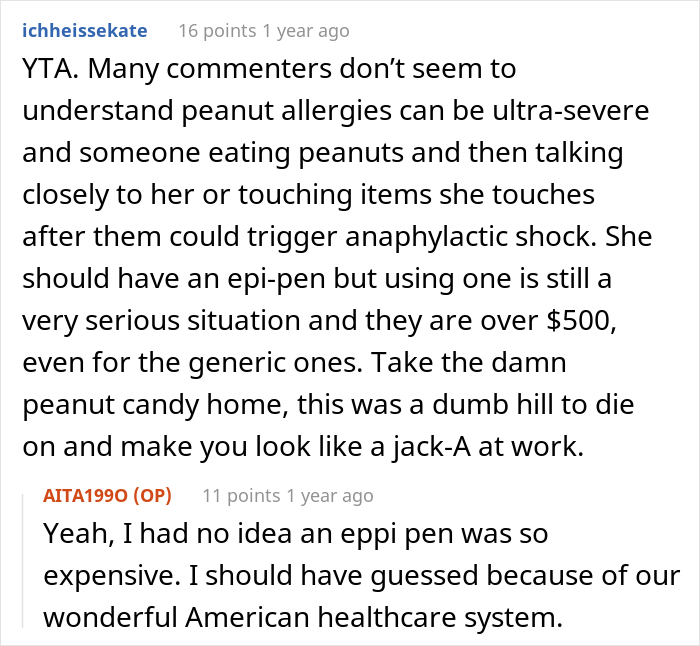 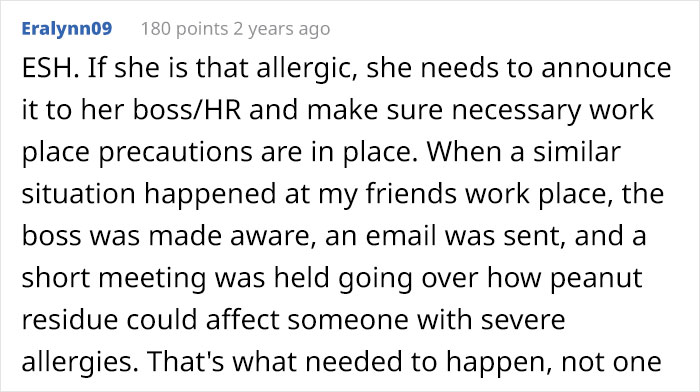 The post “You’re Not Respecting My Peanut Allergy”: Workplace Drama Ensues After Coworker Blames Employee For Keeping Candy With Peanuts At Their Desk first appeared on Bored Panda.