Wait, wrong intro. Or is it?

Anyway, have you ever noticed how folks back in the day used to look older, despite being the same age as you or someone you know, and neither of you look like you’re a professional fax machine salesman?

If you ever saw pictures of your parents from their early adulthood days (or you have stumbled upon this or this article by Bored Panda), you probably catch the drift here.

Believe it or not, there’s a lot of hardcore science behind this pretty complex phenomenon and there is no clear-cut answer. But there surely are answers.

Michael Stevens, a.k.a. Vsauce, tackled this topic (and more) quite recently, explaining in detail how it’s not just biological, but also perceptual. Among other things. Smart things are awesome.

If you’ve been on the internet long enough, this guy probably needs no introduction, but in case you need one, he’s Michael Stevens from Vsauce 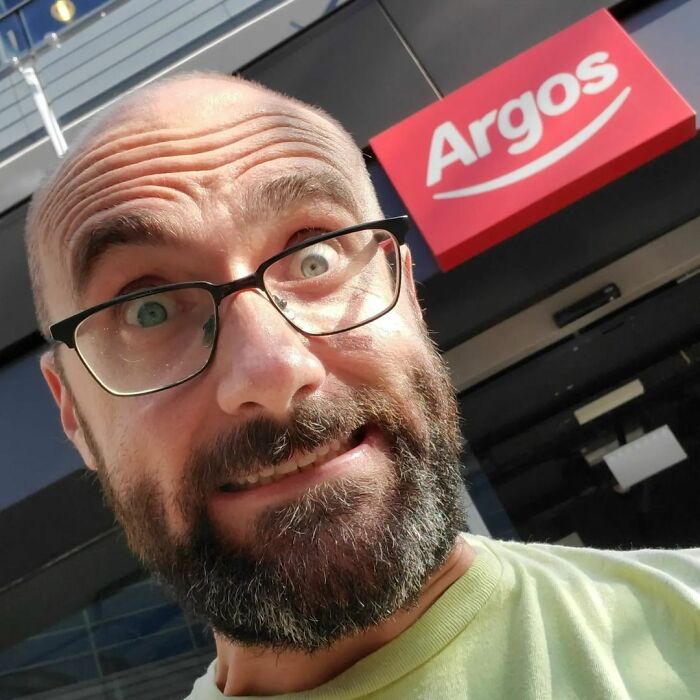 If you don’t know who Vsauce is, it is a YouTube channel that provides educational content on topics such as science, philosophy, culture, and illusion. Michael Stevens, the main host of the channel, has over the years become one of the main personalities representing the science scene on YouTube.

In one of his recent videos, he discusses the idea of folks looking older several decades back as opposed to their age group counterparts from today. Well, smart people got involved in this matter and Michael gives a rundown of the science behind it.

Recently, he released a video discussing how folks back in the day looked older than people today at the same age 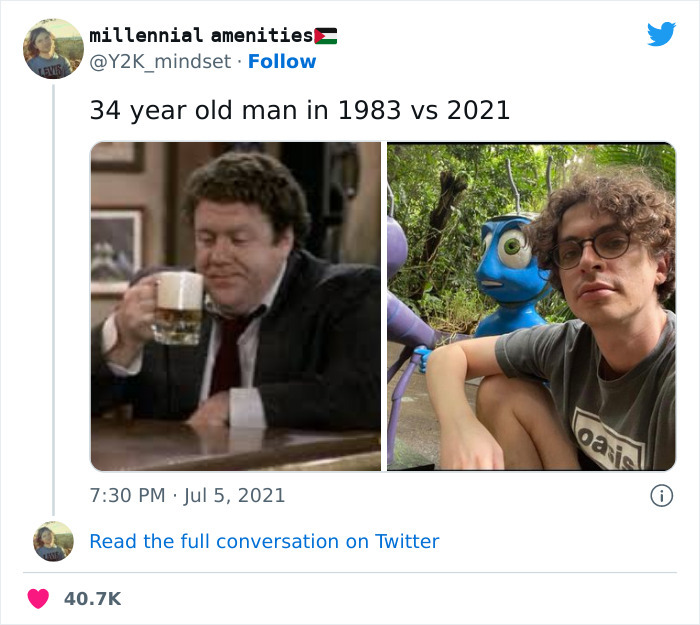 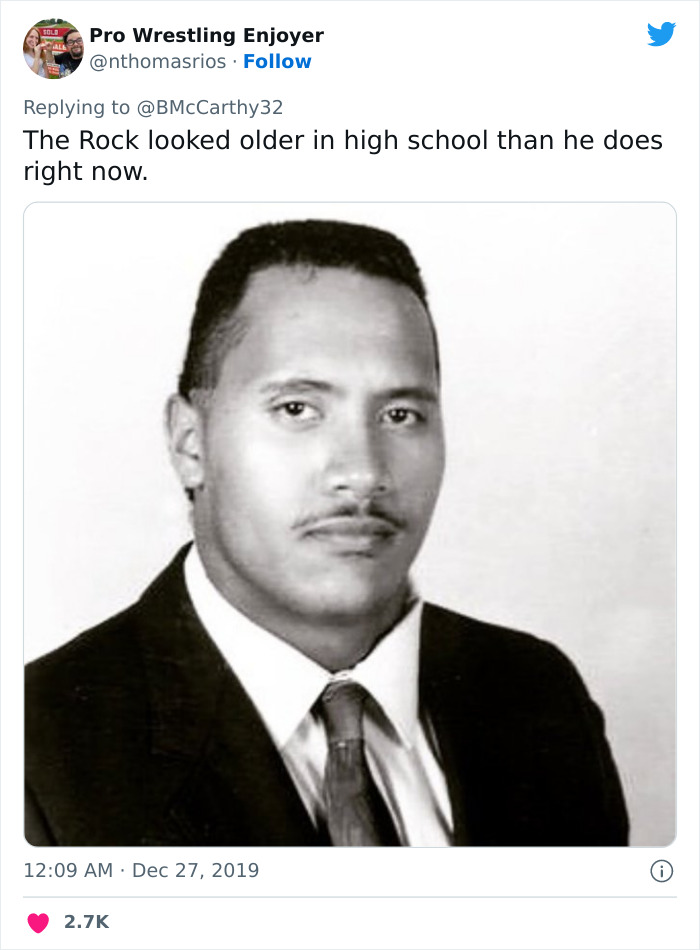 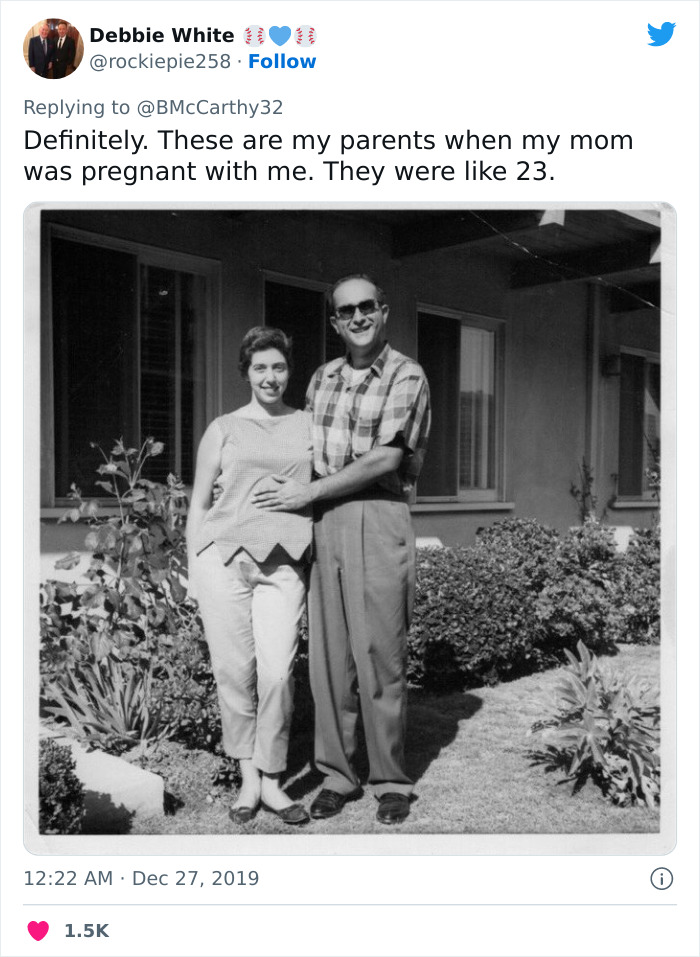 In a nutshell, there are many factors at play here, both biological and perceptual 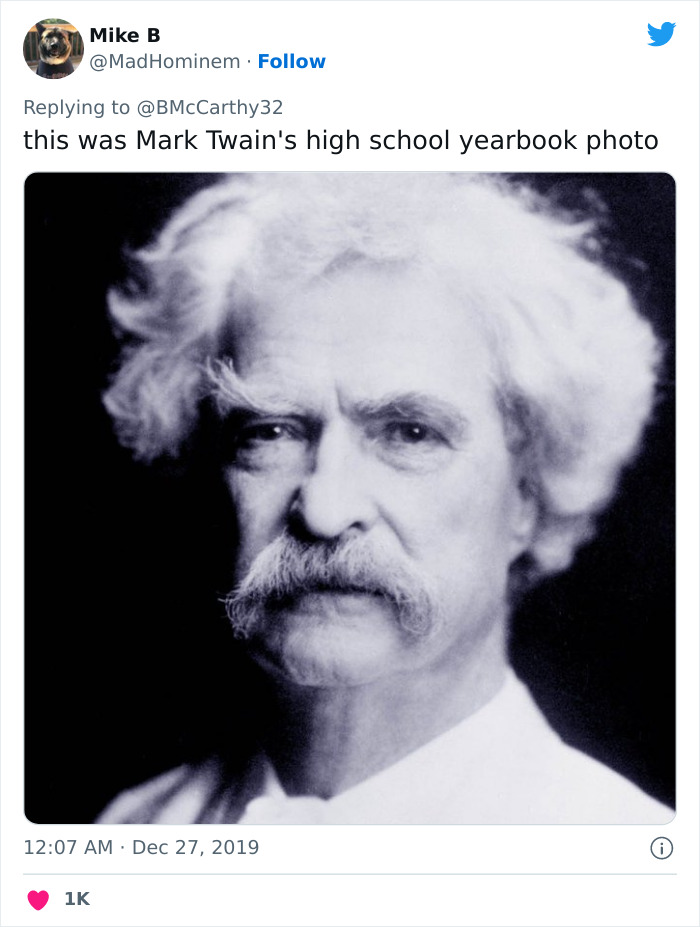 In a nutshell, this is attributed to biological factors as well as our perception of the people and the times.

From the biological perspective, a lot has changed and a lot continues to change. Folks today are actually aging slower than past generations, and it’s all thanks to things like changes in lifestyle, nutrition, smoking habits, health care, early life conditions, and even skincare.

Brainy people have determined that today’s humans do in fact stay younger for longer compared to previous generations. They suggest that a 60-year-old from the earlier days is actually chronologically equated to being 56 today. Accordingly, a 40-year-old would be 37.5, and a 20-year-old would be 19.

Michael also exemplifies the retroactive aging phenomenon over shorter periods of time. He returns to his student years, comparing what he looked like as a freshman and as a senior.

As a freshman, seniors seemed old to him. But once he himself became a senior, he didn’t look like the seniors that were back when he was a freshman. He saw himself as he was, and he saw seniors as they appeared to him when he was younger.

Michael explains retroactive aging with his own photos, comparing what he looked like as a freshman and as a senior 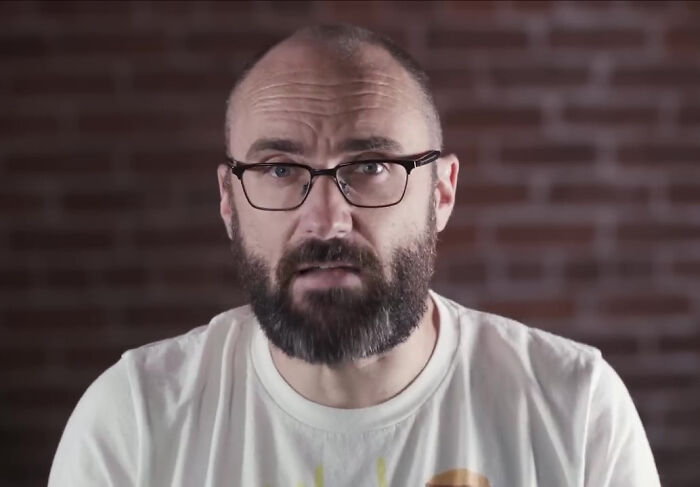 Another Twitter user also adapted George Wendt’s appearance to look like a 34-year-old today would, and already you can see the difference 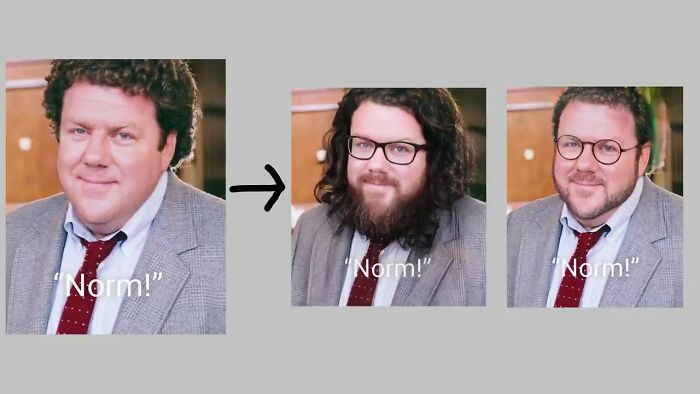 Same with the Golden Girls: slap a modern haircut on them and they immediately look younger 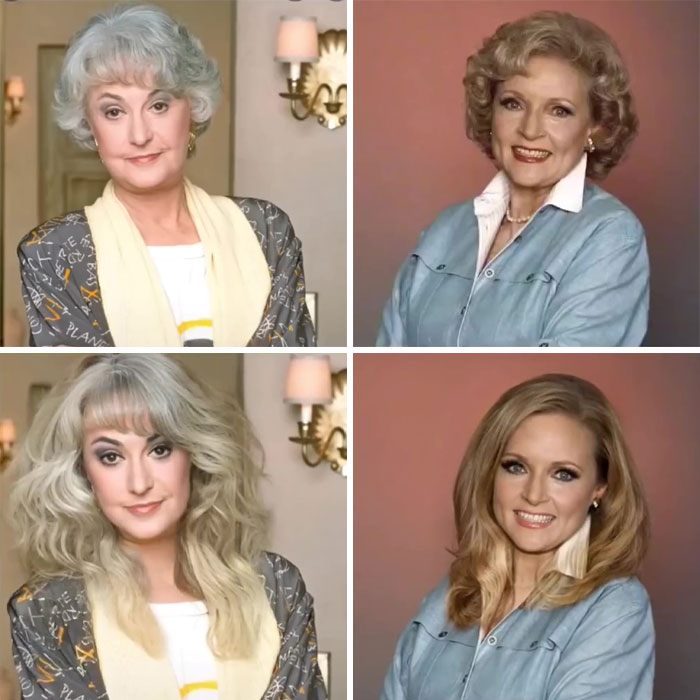 This idea transitions into the second side of the phenomenon, which is all about perspective. There’s a popular tweet of George Wendt from Cheers where he’s 34 years old (well, 34 in the show, 38 in reality, but close enough) compared to a Twitter user of the same age, and the difference is definitely there. For the sake of consistency, Michael did provide a 34-year-old Wendt too.

So, things like clothing, hairstyles, accessories, makeup, mannerisms, and body language all make a difference—one that supports the idea of retrospective aging having the element of illusion. Each of us grows up with a certain set of these superficial factors that tend to stick with us throughout the ages and become the definition of “old” as we grow old.

A great example of this is Dale Irby, a gym teacher from Dallas, Texas who accidentally started a streak of yearbook photos where he’s dressed the same every time. He’s been doing this ever since 1973, and you can read more about it in a Bored Panda article we did some years ago. But although exaggerated, it exemplifies how certain things carry over through time and what was once a young person thing now is an old person thing. 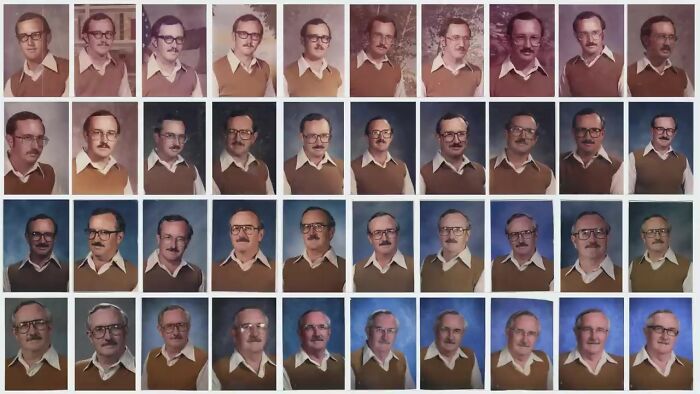 Dentistry also had an impact on how people look, as seen in these before and after pictures 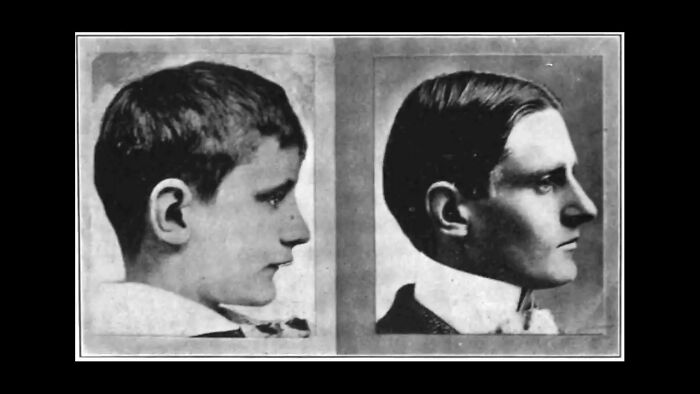 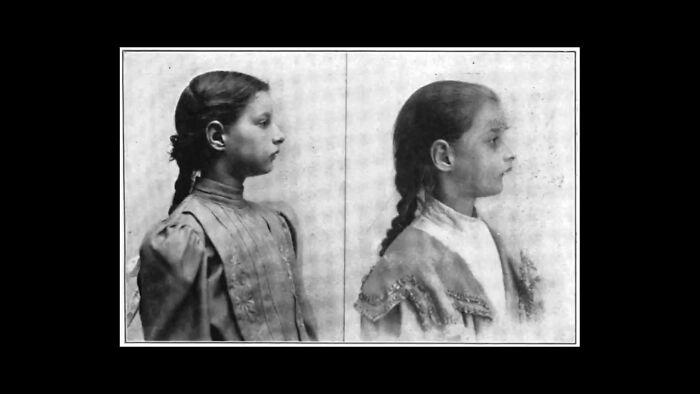 And we can’t forget about the “Time Traveling Hipster” who managed to look like someone from our days, despite that being very much 1941 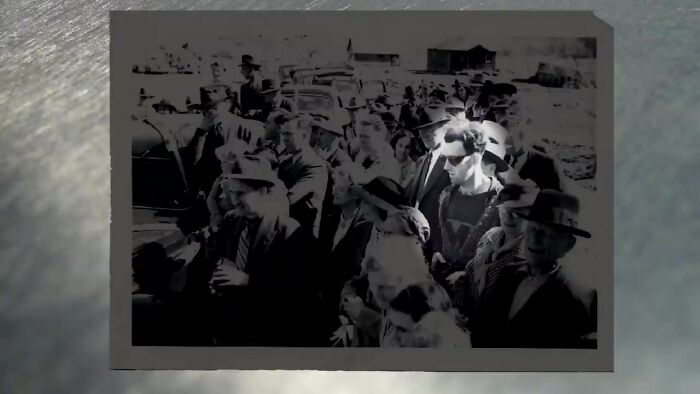 Despite looking fairly modern, people determined that his clothing, specifically the t-shirt and glasses match the styles of the time 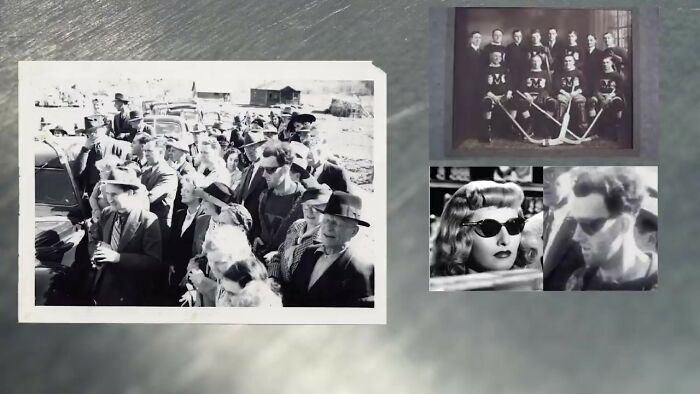 But there is always a non-zero chance that the same can happen in reverse. There’s this one picture from 1941 that has been digitized not too long ago and someone noticed what the internet now refers to as the Time Traveling Hipster. Despite this individual looking like they don’t really belong there, it has been confirmed that this man is, in fact, not a time traveler—their attire has been verified as being very much from that appropriate time period and location that they were snapped in—but the resemblance with a modern day hipster is uncanny. And this too points to a non-zero chance any one of us could very well be currently dressed and behaving as a person of the future.

Well, it goes even further than that. Take names, for example. Research shows (here and here) that certain facial prototypes are linked to specific names, forming stereotypes. Just like it is with Wolfgang Köhler’s Bouba-Kiki effect, whereby folks tended to assign the Bouba name to the blob shape and Kiki to the spiky shape, the same goes with names. What this means is that people tend to assume that if you have a long face, you’re probably an Andy, or if the face is wide, then you’re probably a Bill.

Oh, but it doesn’t end there, as names have an impact on how people look. And vice versa 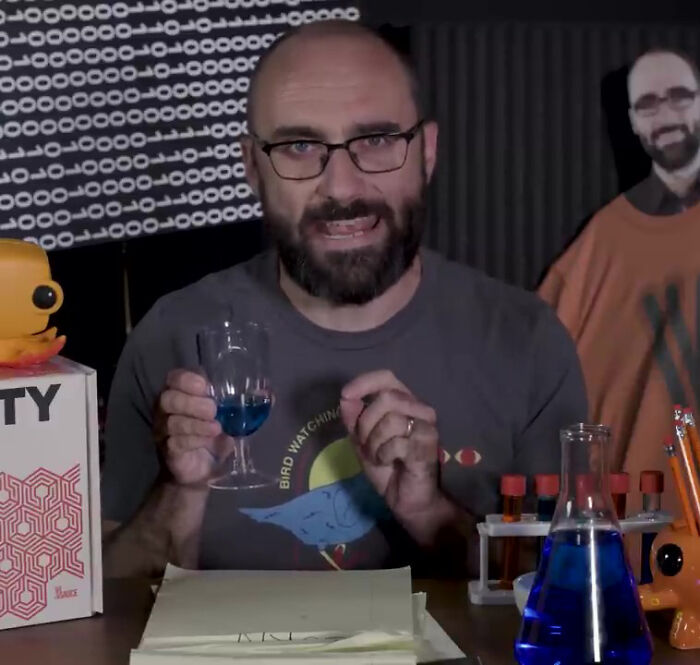 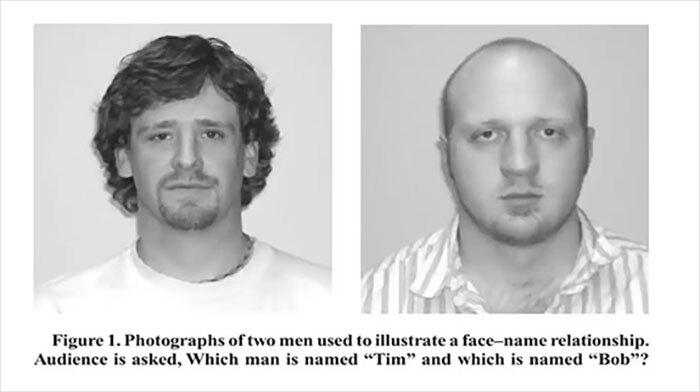 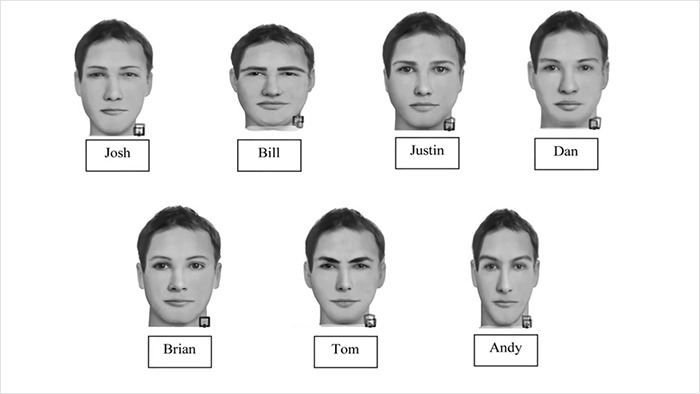 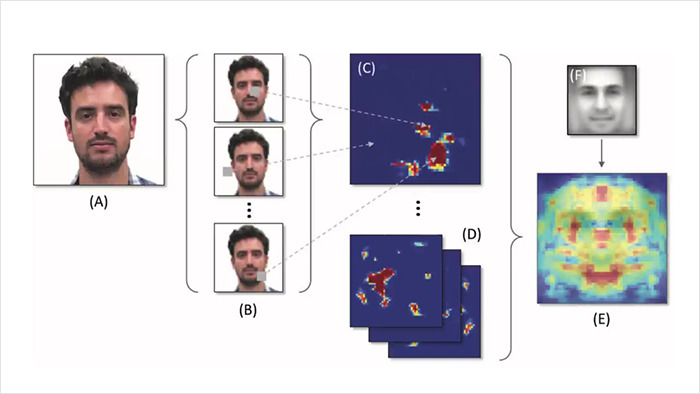 But wait, this is faces leading to names, but it certainly can’t do it vice-versa, right? Well… yes, it can. There’s this entire deal with the Dorian Gray effect—well, more like the reverse of it, whereby an inanimate sign, a name of sorts influences our physical appearance.

Studies have determined that multiracial faces with typically European names were rated as actually looking more European than the same faces, but with names dominant in other parts of the world. And this managed to create a self-fulfilling prophecy of sorts: with time, people tend to fulfill these expectations that their name carries in the social context. Even more so, there are some folks who apparently also start to like, dislike, accentuate, and hide certain parts of their faces that don’t match their name.

And vice versa, the Dorian Gray effect—well, the reverse version of it—is a good explanation of how names can also lead to particular personal changes, according to multiracial face studies 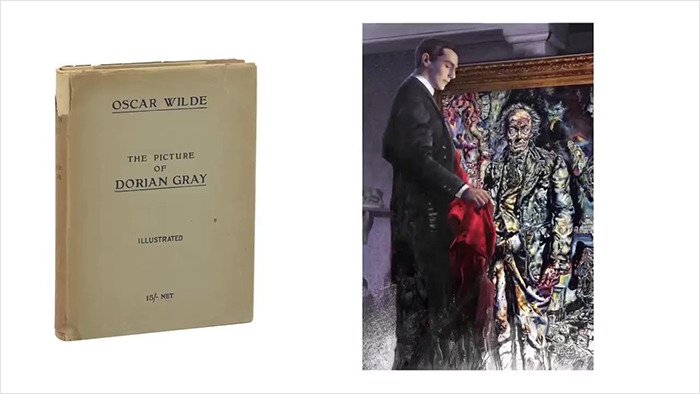 You can watch the entire 23-minute video below

Well, at least that’s the gist of it. Michael goes on to expand upon many of these phenomena and to discuss the human perception of age, black and white dreams, and many other aspects of age and identity.

As of this point, the video has over 9.3 million views with nearly 615,000 likes and over 44,000 comments. Folks in the comments pointed out how this can extend into how fashion dictates appearance, how much more effective skincare has become, and one commenter even pointed out how in their writing class they had to begin writing a short story with the protagonist’s name written in one of the corners—most went for a J name.

You can check out the full video in the embed above in this article, or by following this link, as it’s on YouTube. But don’t go yet, as we’d love to hear your thoughts, opinions, speculations, revelations and any other kind of -ation in the comment section below!

The post YouTuber Breaks Down Why Previous Gens Looked Older When They Were Young, Goes Viral With 9M Views first appeared on Bored Panda.