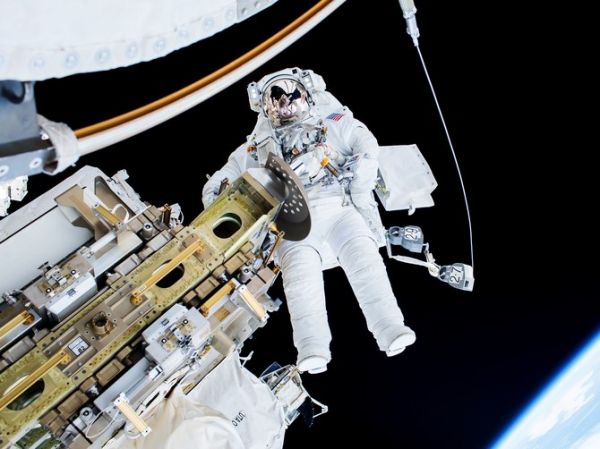 There haven’t been any medical emergencies in space so far, mainly because missions were short through most of the space program’s history. First aid on the ISS is supervised by doctors at mission control, and if someone were to be injured, they can be evacuated by Soyuz (although it isn’t easy). But going to Mars would take about three years, and with a full crew, the odds are that someone will eventually sustain an injury that requires surgery. There would be no help outside the ship. And surgery in space presents unique challenges that doctors with gravity on their side don’t have to consider. NASA flight surgeon Anil Menon gives us a rundown on the particulars of space medicine.

Even administering drugs gets harder in space. “Once you pop a blister tab, a pill is exposed to air and becomes oxidizable, so it decays in terms of usefulness,” says Menon. IVs rely on gravity on Earth; in space, you need a pump, and bubbles that would otherwise float to the top stay in solution, potentially posing the threat of embolism. Peggy Whitson, on the ISS right now, has been experimenting with those procedures. “You need a lot of fluid, but that’s a lot of mass and volume that we don’t have up there,” Menon says. “And bubbles float around in weird places. She had a lot of problems with that.”

In addition to problems getting liquid into the body, there’s the problem of liquid coming out. Blood doesn’t drip in zero gravity, but it can spurt. More likely, it would accumulate around a wound, making it hard to see. Read more of the weird things that will make space surgery difficult at Wired. -via Digg