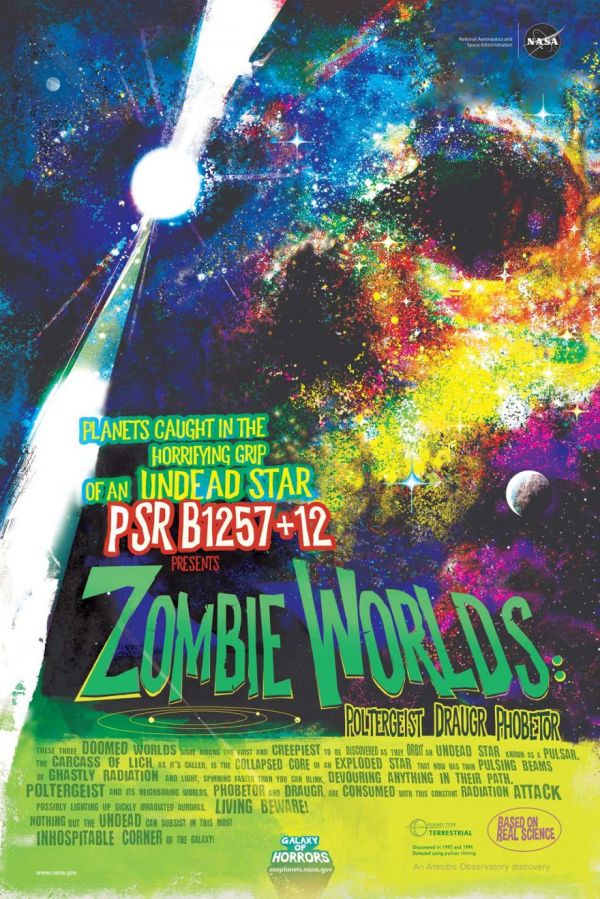 When stars run out of fuel, they collapse, burst into supernovas, then become very dense neutron stars. Under most circumstances, the supernova explosion obliterates any planets or blows them into deep space. But thanks to the radio waves some pulsar neutron stars emit, five planets have been detected that still revolve around collapsed neutron stars.

Three of these stars are the first exoplanets ever discovered, back in 1991. They are named Phobetor, Draugr,  and Poltergeist, and all three orbit the collapsed star called Lich, 2,300 light years  from Earth. They are thought to have formed after Lich went supernova. A large planet called Methuselah does a dance with a white dwarf star in the star cluster Messier M4, as they both revolve around a shared gravitational center. It is thought that Methuselah once orbited a different star and was captured by the white dwarf pulsar. Then there’s the densest planet ever discovered, which may be made of diamond, and is believed to be itself a remnant of a star. This planet is designated PSR J1719−1438b, but is informally called Diamond World. It now revolves with a pulsar 4,000 light years from Earth.

That only scratches the surface of how weird these planets are. Read what we’ve learned about them at The Conversation. -via Geeks Are Sexy