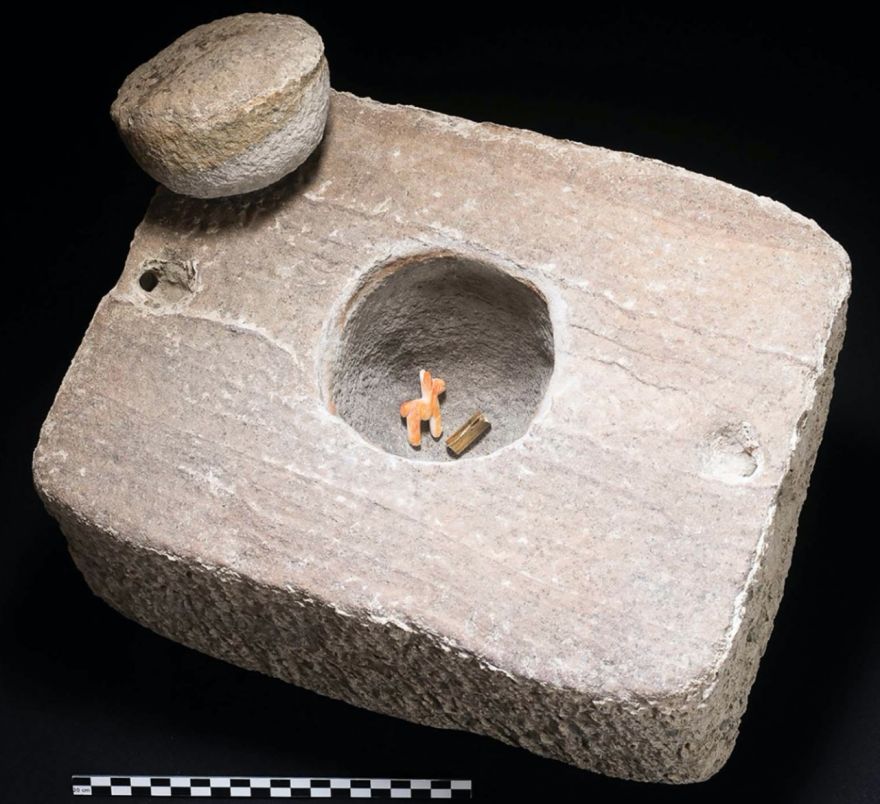 Found in the border between Peru and Bolivia in the Andes Mountains is one of the largest lakes in South America: Lake Titicaca. For the Inca and the Tiwanaku (the people that lived there before the Inca), the lake, which is home to still and reflective waters, is a sacred lake. Currently, the lake is filled with “sunken sacrifices from centuries ago.”

After years of searching, archaeologists have now retrieved the first underwater offering not yet damaged or looted by opportunists: a box of volcanic rock, submerged around 500 years ago.

Upon opening this tightly-sealed sacrifice in front of local Indigenous leaders, the research team discovered an ancient llama, carved from the shell of a spiny mollusc called a spondylus from Ecuador, and a furled sheet of gold, thought to be part of a bracelet.

If historical accounts from the invading Spanish are right, the box may have once even held the blood of children or animals, although no human remains have been found in the lake to date.

Scientists believe that boxes such as this one are lowered on the lake as some sort of sacrifice to the gods.

More details about this one over at ScienceAlert.