Dr. Alexis Noel was watching her family’s cat clean itself, as you do when you go home for the holidays, when she noticed that his tongue kept getting caught on the blanket he was sitting on. That would be a momentary distraction for most of us, but Dr. Noel happens to be a mechanical engineer and researcher in biomechanics at Georgia Tech Research Institute. She investigated the blanket, and found that there were tiny spines left embedded in it by the cat’s tongue.

Soon she was in the lab, examining tongues that had been removed (post-mortem) from a cat, a bobcat, a cougar, a snow leopard, a tiger and a lion. And analyzing high-speed video of a domestic cat cleaning itself, and doing a CT scan of a domestic cat tongue. 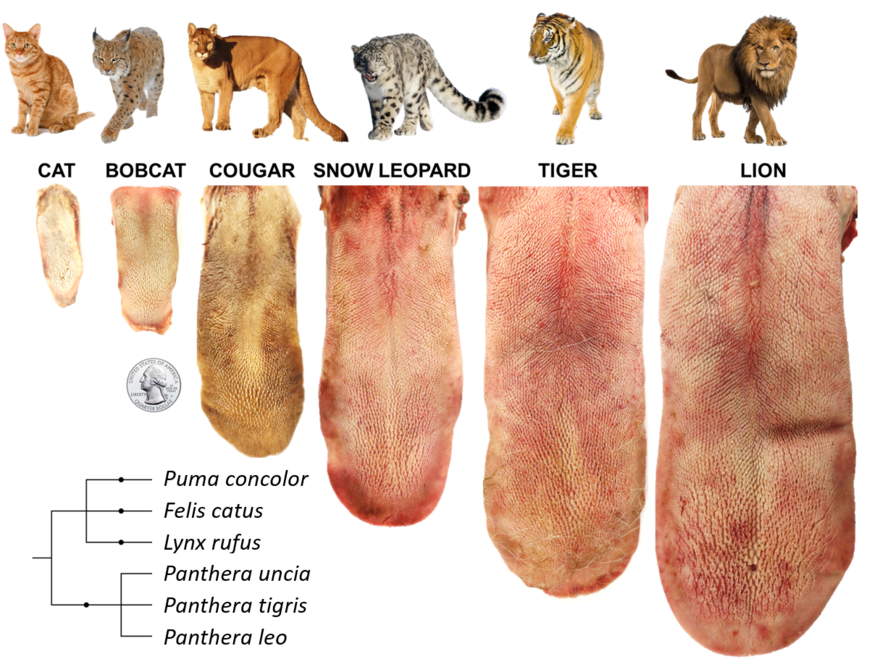 It’s long been known that cats have little spines on their tongue, and they were thought to be conical and solid. Some researcher “discovered” this is 1982 and no one ever disputed it. But Dr. Noel discovered otherwise, quite by accident. In an effort to see if a cat’s tongue-spines (called papillae) had evolved to help process meat, she dragged a (removed post-mortem) cat tongue across a piece of pork. The cat tongue shredded the meat, as expected. But when she examined the tongue under a microscope, she found this: 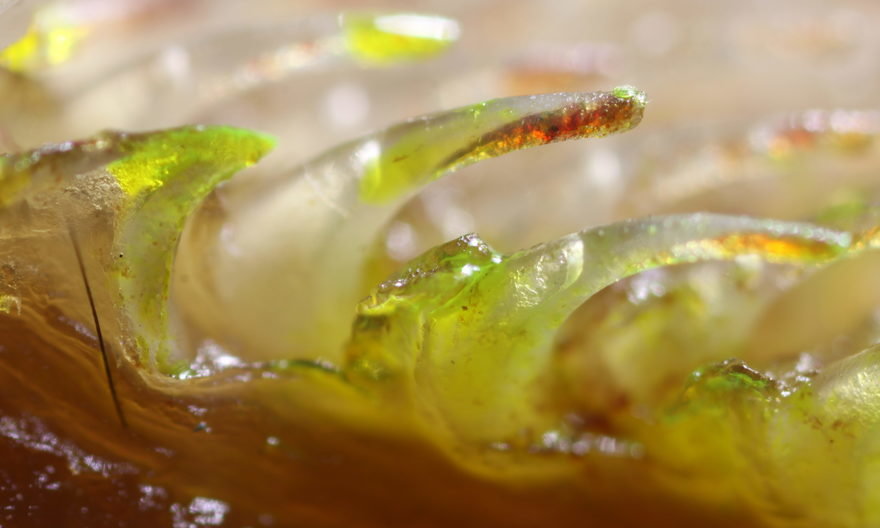 “A chunk of meat had been lodged into the tips of these papillae. This was contradictory to previous literature, which stated these filiform papillae were conical, not hollow. Using a macro lens on a Canon 1D, and some food coloring for visualization, we found that these grooming papillae had U-shaped cavities, as shown below.” 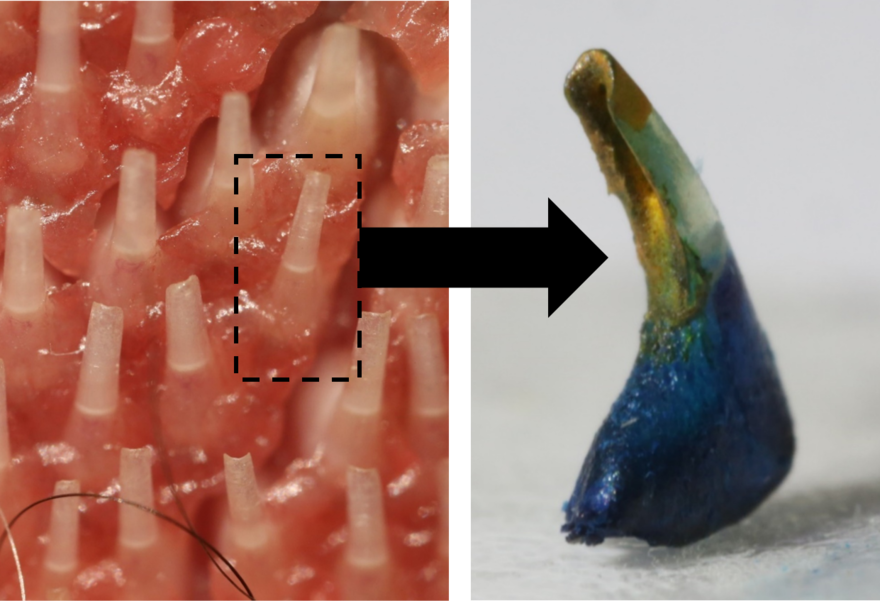 It turns out these papillae are actually curved, like little claws, and hollow. When a cat grooms itself, these papillae comb through the fur, getting down to the root. Saliva stored within the hollows serves as the shampoo.

Dr. Noel printed a scaled-up 3D model of a cat’s tongue to see how the papillae actually work. PBS, producing a short video called “Why Does Your Cat’s Tongue Feel Like Sandpaper?” briefly demonstrates the results of some of Dr. Noel’s research: 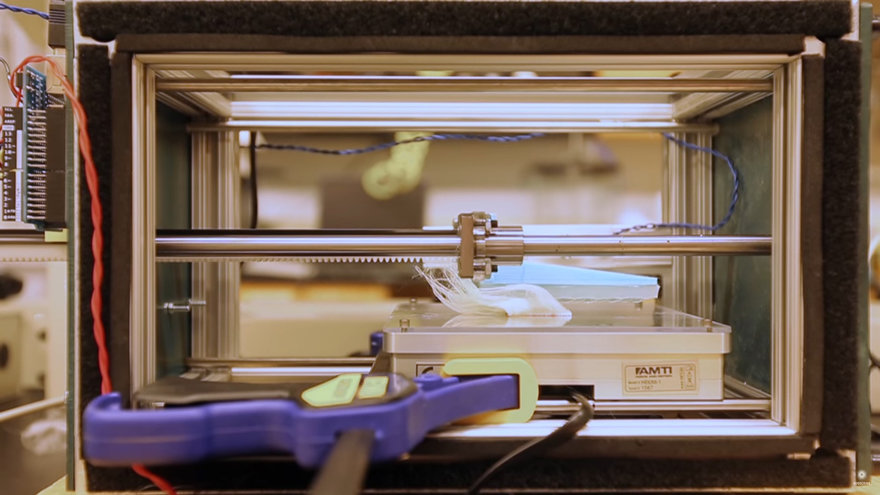 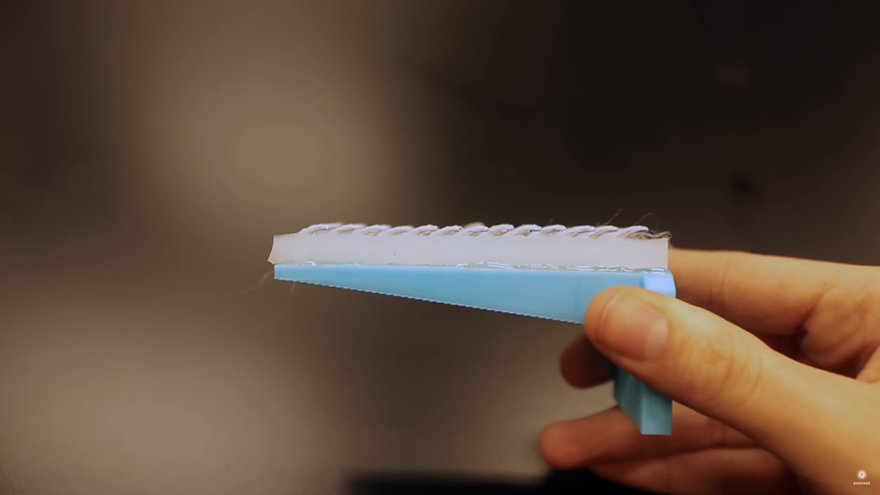 A cat’s tongue is, essentially, a Furminator with a feline saliva payload. 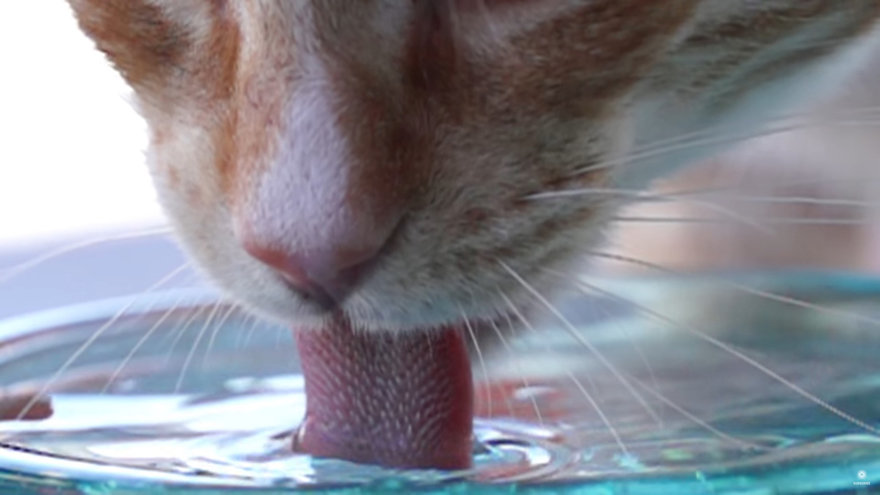 Meet The Chillest Driver In The World