At this point we all are tired of the pandemic and the restrictions, of the news with the reported new COVID-19 cases and deaths, of not being able to travel freely and feel at ease surrounded by a crowd of people. But what we are also tired of are people who deny the existence of the virus or the people who refuse to follow the restrictions and who don’t understand how important it is to get vaccinated.

But they are not tired of fighting against it. Like this man from Florida who lay down on the floor in a Costco and remained like this for 8 minutes in protest of the mandate to wear masks. The video was originally posted on Twitter in December of last year but it resurfaced again and went viral with nearly a million views.

In December of 2020, a man in Florida had a temper tantrum because the Costco he wanted to shop at required clients to wear masks 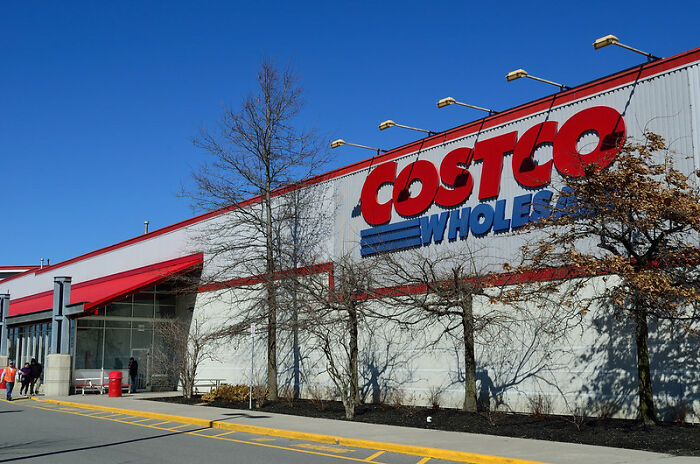 The video itself is a minute long, but the person who took the video talked to MSN and told them that the man didn’t stand up for about 8 to 10 minutes. According to the filmer, the man threatened to sue anyone who touched him.

Surely enough, the police turned up and it can be seen in the video that they try to talk some sense into the man but he doesn’t seem to care about what is being told. It is hard to make out what the man is telling the policeman but it can clearly be understood that he is complaining about the mask mandate and just throwing a temper tantrum. 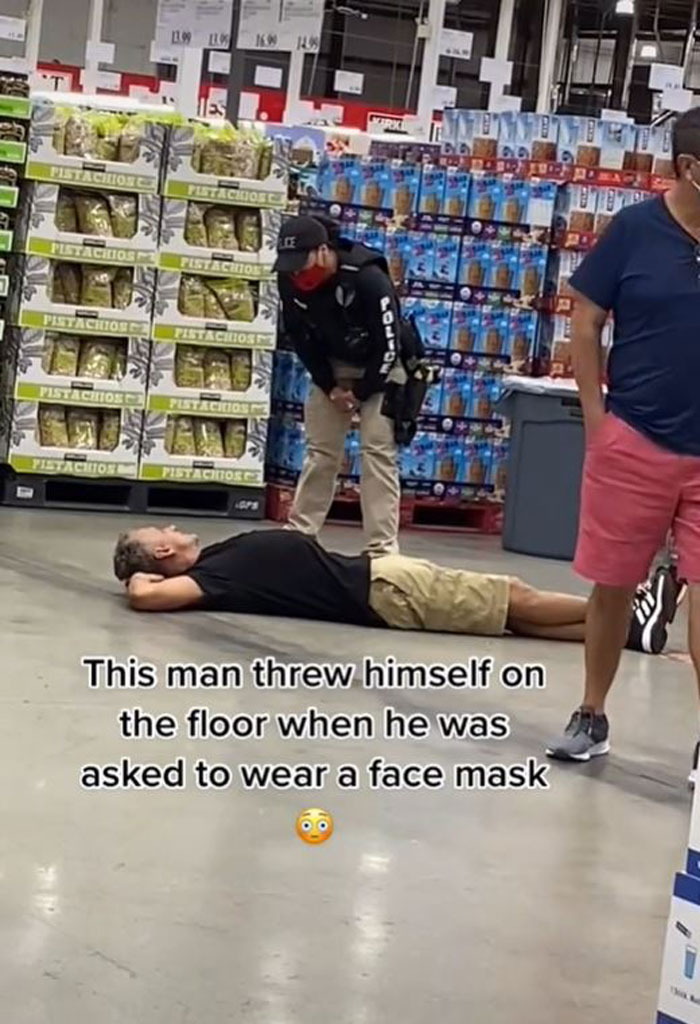 After a while, the anti-masker jumps up and walks away. The person who took the video explained that the officer agreed to let him check out without a mask. The man used the self-checkout and was escorted out.

The filmer also revealed that the manager of the store was very unhappy with the officer’s decision and thought that they shouldn’t have let the man get away with his actions. After all, he was violating the store policy. On the other hand, the officer probably just wanted the man to leave and didn’t want to cause an even bigger scene. 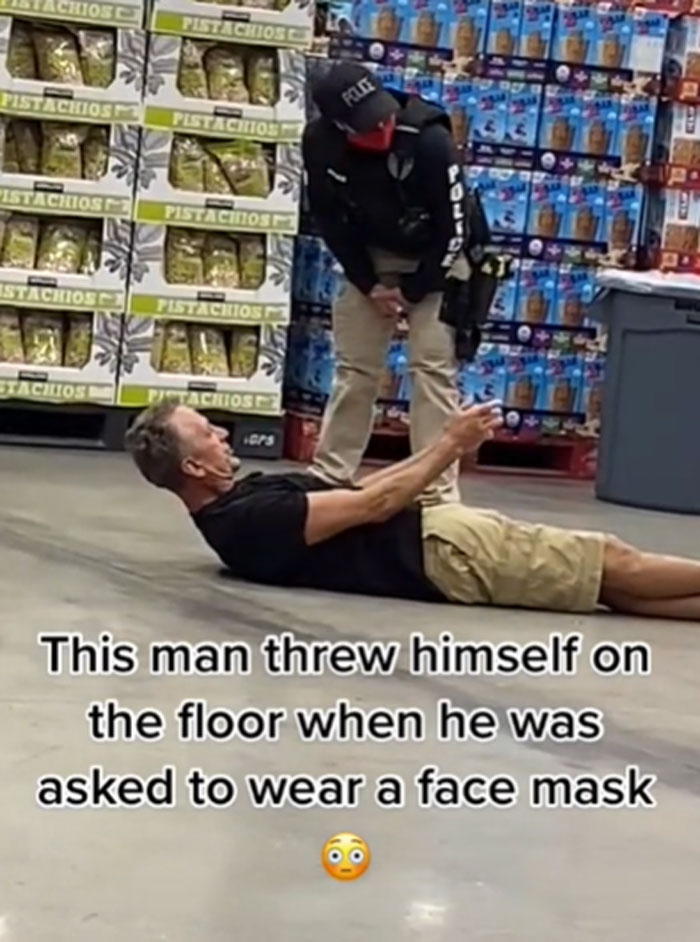 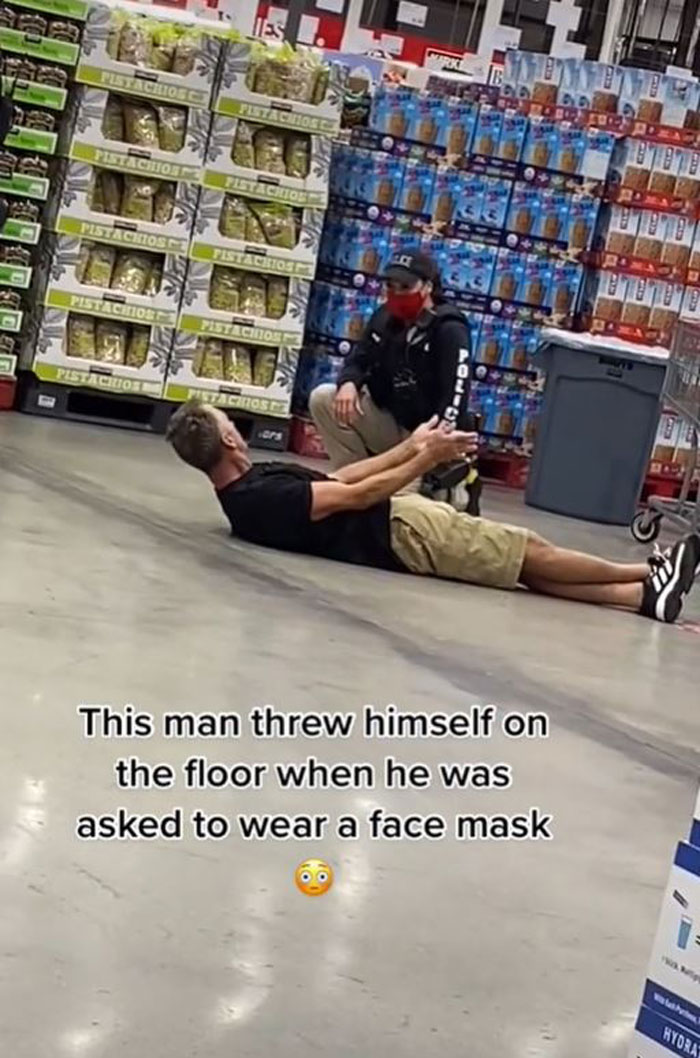 People in the comments were comparing this man to a toddler who has a tantrum after their parents refuse to buy them a toy or candy. But while you can understand when a child does something like that, you can’t excuse a grown-up man who is fully aware of how wrong his actions are as he is actively violating the rules a business set up for its clients if they want to be served.

Even though the video was posted almost a year ago, it is still relevant today and this incident isn’t an isolated one. The online journal Psychology Today recently published an article on the topic. They said that fatigue of the pandemic has led to temper tantrums and because adults are having them, they might get dangerous and violent.

However, people have to learn to deal with their feelings, because having tantrums isn’t helping anyone and shows how much you lack emotional intelligence and just awareness and compassion. You don’t always like the rules, but you follow them to avoid chaos that may ensue. 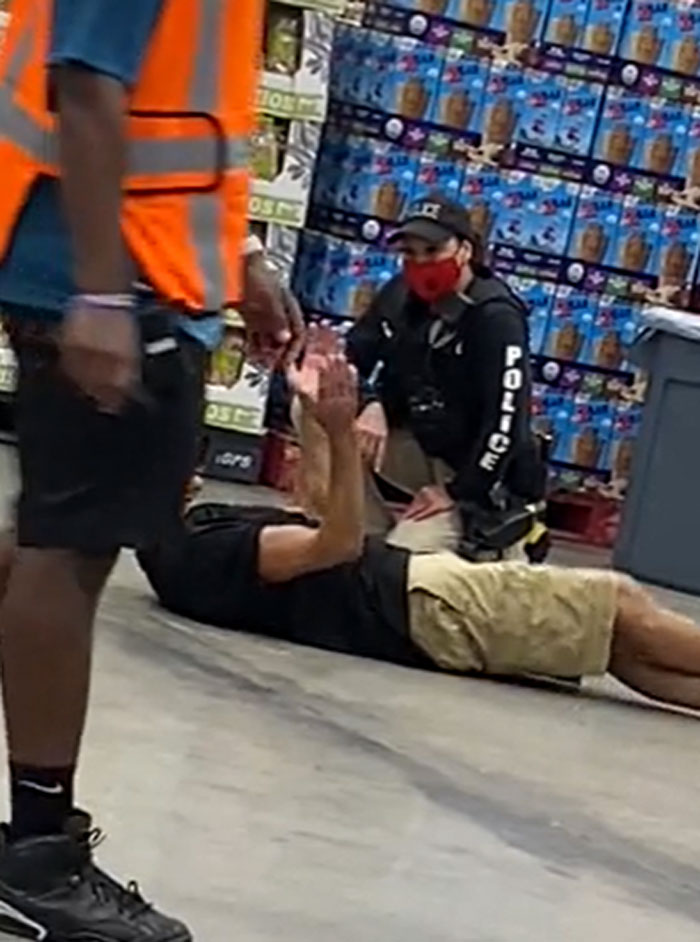 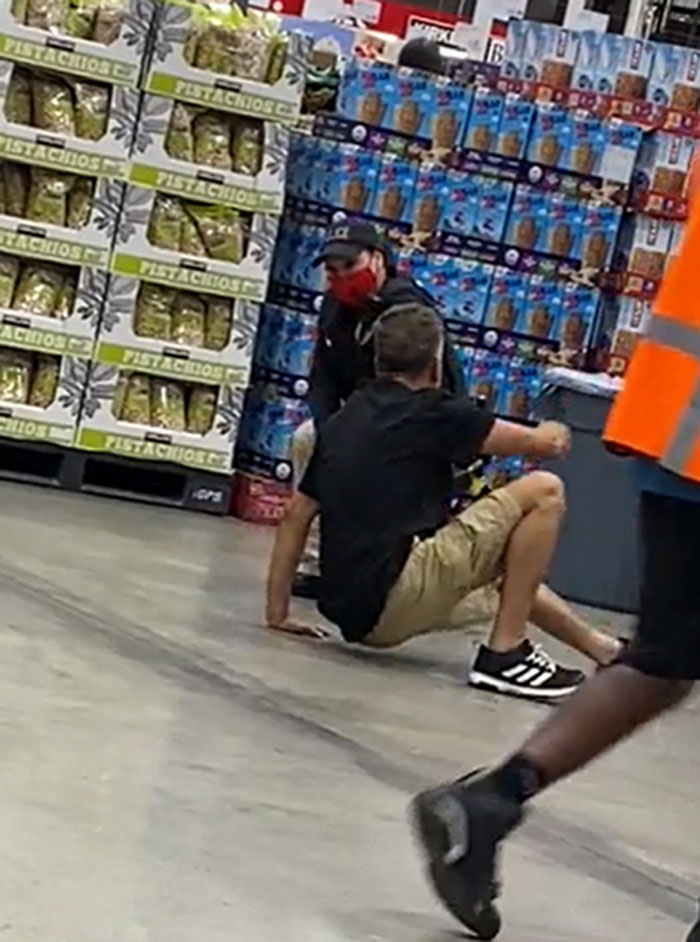 The reasons why some people refuse to wear masks are rarely medically or religiously based. They are mostly ideological. Those kinds of people have a different interpretation of the freedom that is ensured to them by the Bill of Rights. As Psychology Today puts it, “the anti-maskers refuse to accept that those freedoms are not limitless. You cannot scream ‘Fire!’ in a crowded theater, for example, because freedom of speech must be weighed against the common good.”

What was your reaction after seeing the video? Have you heard about cases of adult tantrums or maybe you have witnessed them yourselves? Also, what do you think of the officer’s decision to just let the man have what he wanted? Leave us your reactions in the comments! 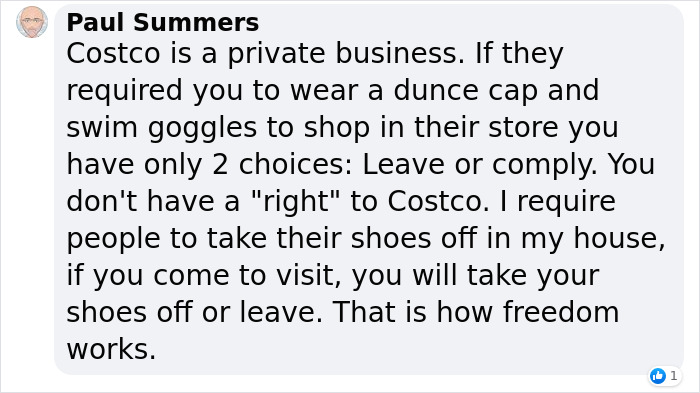 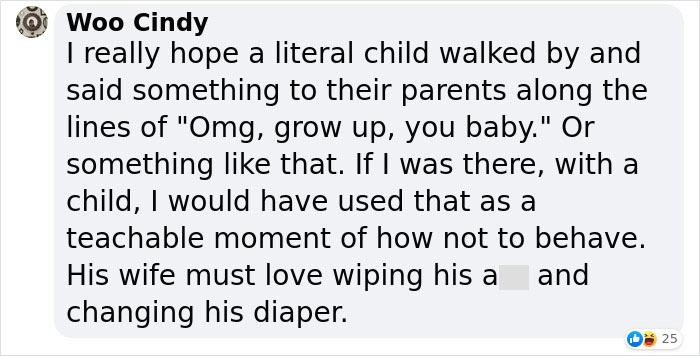 The post Anti-Masker Gets Roasted Online For Lying On Costco Floor For 8 Minutes To Protest Mask Requirements first appeared on Bored Panda.