The pandemic has made people realize that until a couple of years ago, they had ignored a lot of problems in their lives and in our society. One of the things that this worldwide health crisis has showed is that we never really appreciated the medical staff enough and it just got more severe during these trying times.

Medical professionals rarely speak up about it in public and when they do, it drowns in the flow of other information. But one former ICU nurse attracted quite a bit of attention when he shared a couple of videos summing up his experience of working in a hospital and explaining why he made the decision to quit as many nurses do. 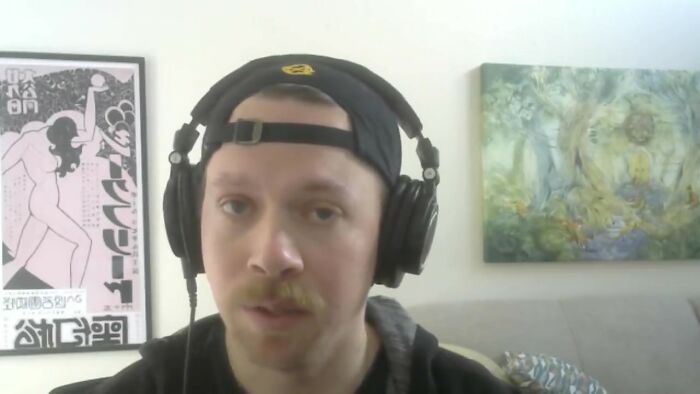 The Twitter user Andrew worked as a nurse in the intensive care unit. But he recently quit his job and wanted to bring light to why he did it because many medical professionals experience the same.

He started by explaining that usually, in the ICU, nurses have two patients to take care of. Because of the pandemic, more people are hospitalized and the norm has become three patients per nurse or even more. That doesn’t sound that bad when on other floors, nurses are given 8-12 patients per shift. However, every patient in the ICU requires great care, so raising the patient-to-nurse ratio means that they won’t get the proper treatment they need. 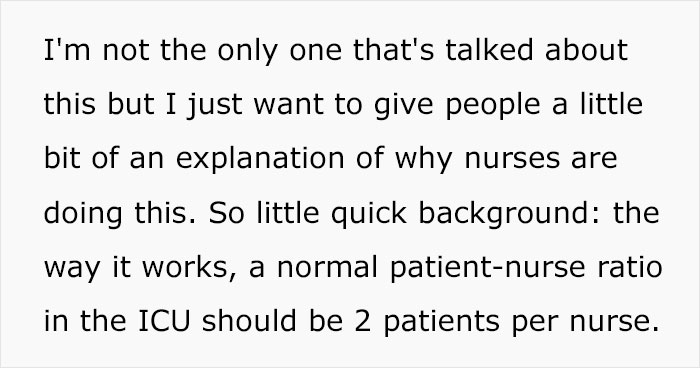 Andrew gives an example that in order to keep a post-cardiac arrest patient or a post-code blue patient alive, he can spend 14 hours a day caring for them because there is so much to do.

But for the last almost 2 years, he had to take care of a couple of more patients that are intubated because of COVID in addition to the ones he already had. The former nurse says that this is a nationwide problem and it doesn’t seem to be getting better. 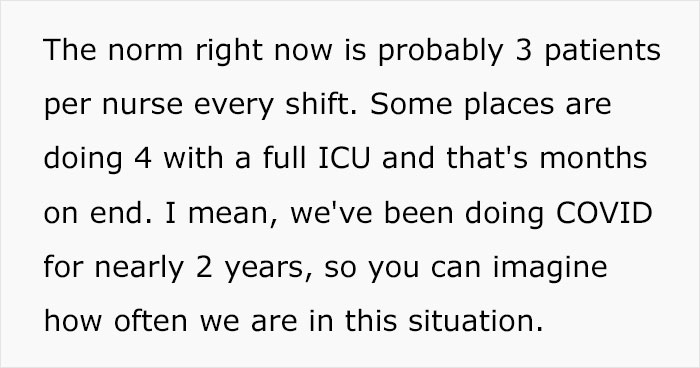 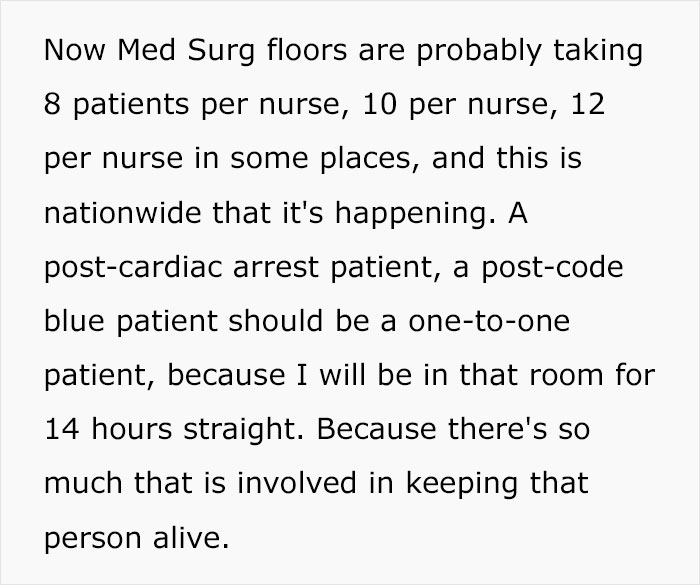 But actually the issue of staff shortage was a problem even before the pandemic; it only made it more visible and fatal. And now even more nurses are leaving their jobs or becoming traveling nurses because then, instead of $35 per hour, they can earn $80 or even $120 per hour.

But Andrew doesn’t consider the temporary nurses to be helpful because they are not a part of the full-time staff so they need training, getting familiar with the patients, coworkers and the hospital policies. And even though they are not fulfilling their job as efficiently as the full-time personnel, they get paid significantly more. 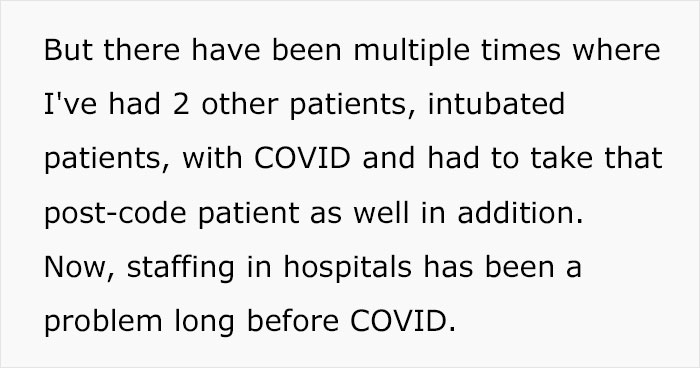 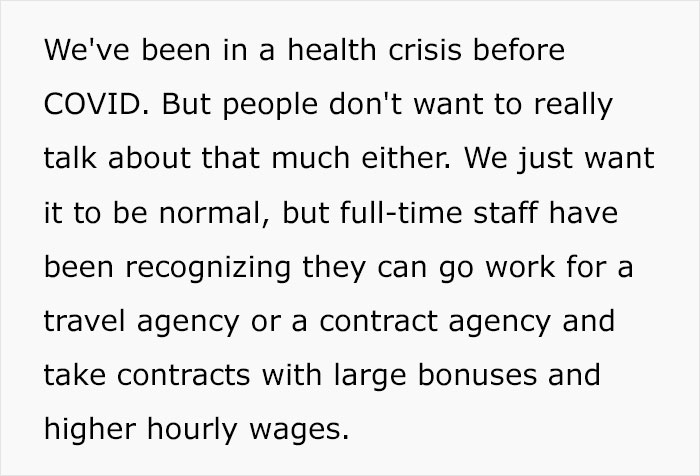 Because the more experienced nurses quit their jobs at hospitals and become traveling nurses, the hospitals are trying to fill in those staff gaps with people freshly out of nursing schools who also need time to adapt and get the hang of their professions. It’s not easy in general, but during a global health crisis it’s even more of a challenge. 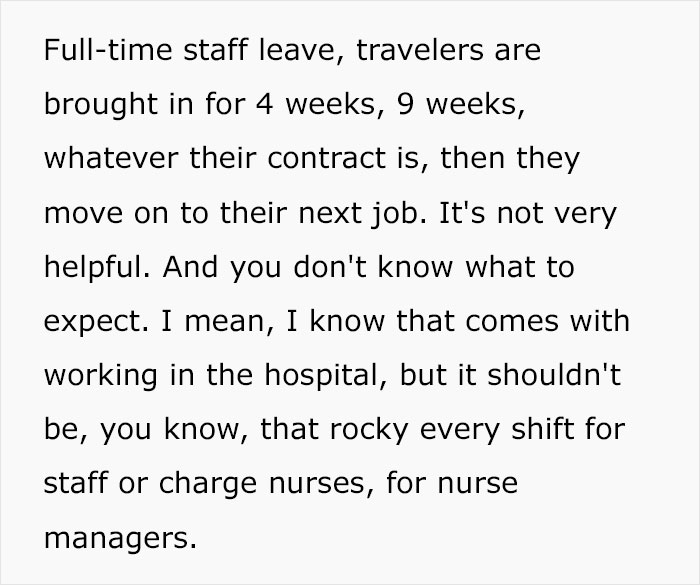 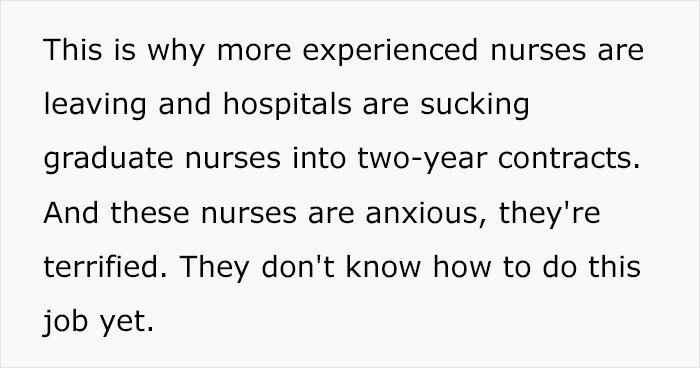 The staffing shortage has been discussed in the media for quite some time and we came to a conclusion that actually, there are people who want to work, but they are not willing to do that if they won’t be paid a decent wage.

It’s a thing in a lot of fields, but what’s special about the medical field is that people’s lives depend on whether there is enough staff or not.

Andrew acknowledges that staff shortage because of low wages affects all fields, but for nurses, it means they see people die 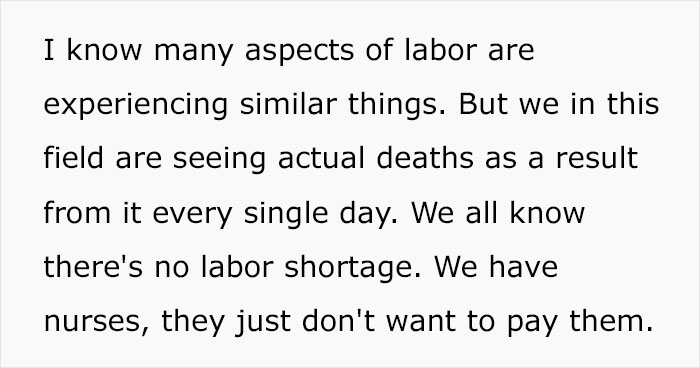 Andrew is of the same opinion but when nurses talk about going on strike, they are called irresponsible for abandoning their patients, which is very frustrating as it’s not at all what nurses want.

But if hospitals paid more, more nurses would come to work and that would lower the workload for each individual employee. Andrew made a good point: “They took something that we are good at and we are proud to do and they made us bad at it because we’re stretched too thin.”

The former nurse would like to see better laws, walkouts, strikes for nurses to be able to take care of their patients properly 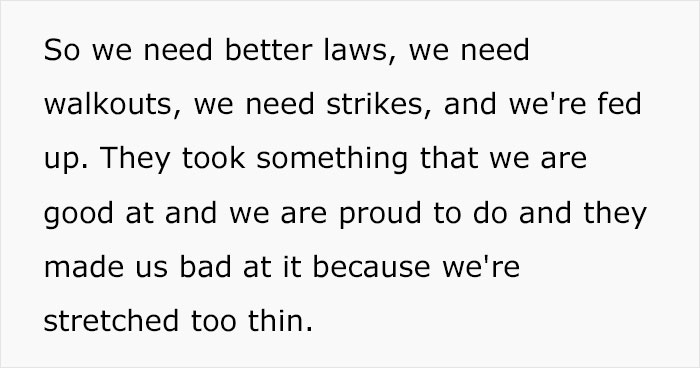 Andrew talks about this problem in the US because it’s what he experienced but it’s actually a worldwide phenomenon. Howard Catton, CEO of the Geneva-based group that represents 27 million nurses in 130 national associations, said that there was a shortage of 6 million nurses before the pandemic and nearly 5 million are reaching their retirement in the next few years.

Here you can watch the first part of Andrew’s video

I quit my ICU job.

The fact that most countries can’t manage their medical staff so as not to burn them out doesn’t make it right and it actually makes it even more alarming. What do you think could be done to make more nurses come and work full-time and for young people to choose this career? Did anything in Andrew’s speech surprise you or were you aware of the circumstances nurses have to deal with? Share your thoughts and reactions in the comments! 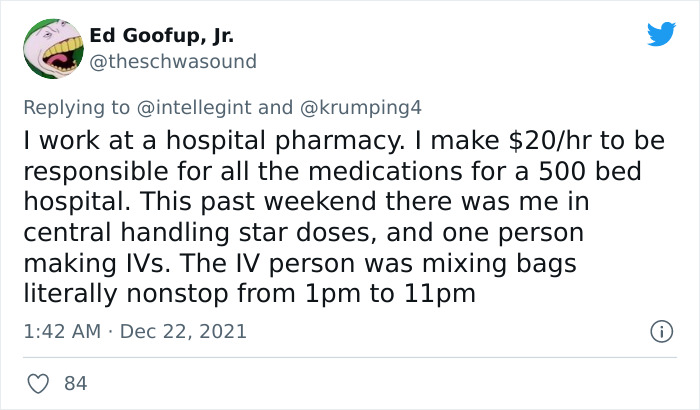 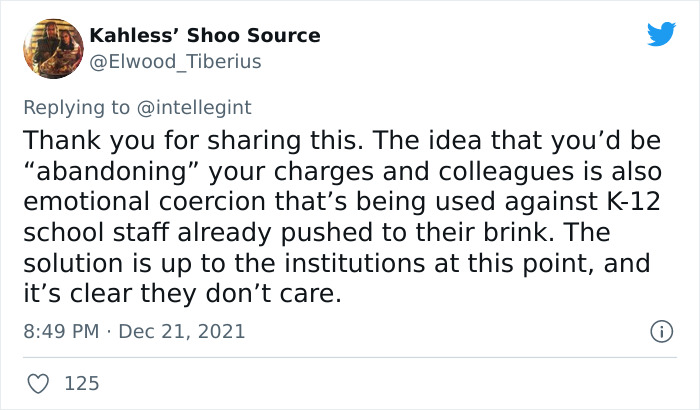 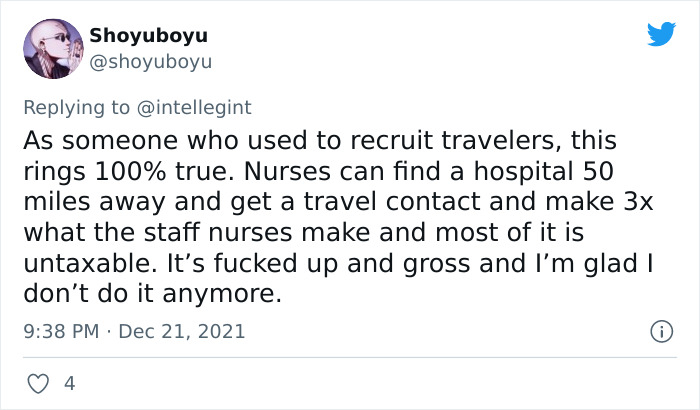 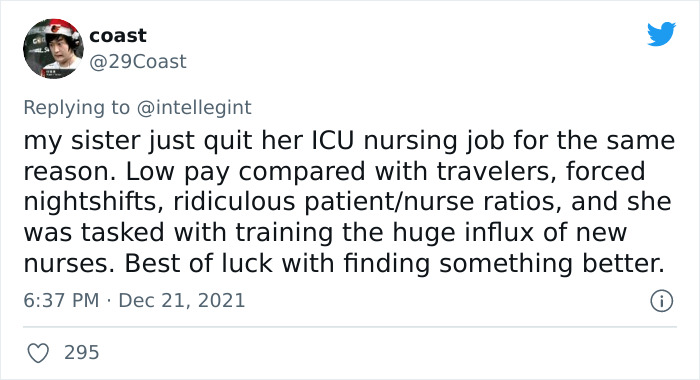 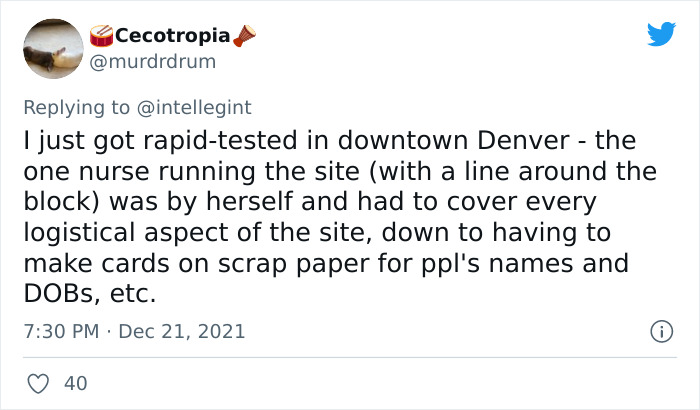 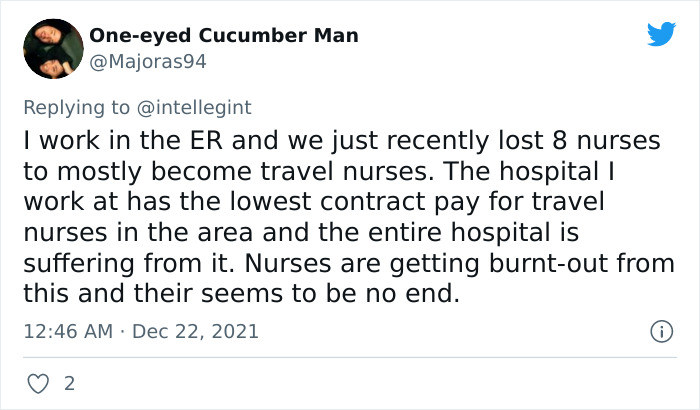 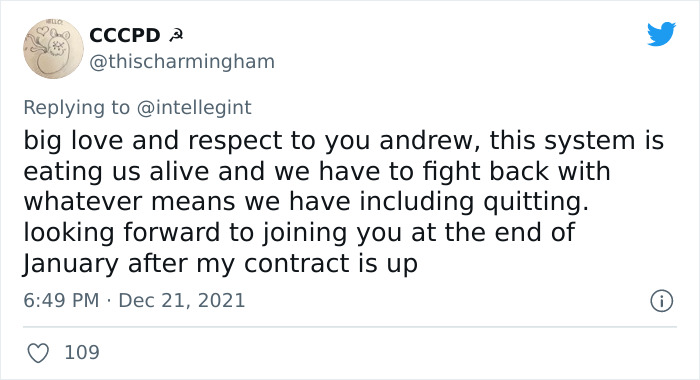 The post As More People Get Hospitalized, More Nurses Are Leaving Their Positions And This Former ICU Nurse Explains What Goes On Behind The Scenes first appeared on Bored Panda.