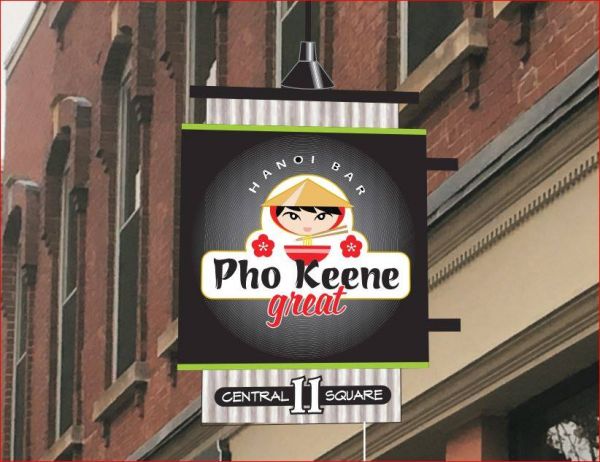 Isabella Jolie had a dream to open a French-Vietnamese restaurant to honor her sister Trang, who passed away from lupus. After serving pho from a small trailer for two years, Jolie is renovating space for a permanent restaurant in Keene, New Hampshire, in the same building at Keene’s City Hall. Jolie also featured the name of the town in the restaurant’s name, Pho Keene Great. But Keene City Manager Elizabeth Dragon ordered Jolie to take down the “coming soon” sign, saying the name sounded profane.

“We liked the name because it’s lighthearted and fun,” Jolie wrote in a Facebook post. “It’s a name that reflects Vietnam’s National dish, comfort food and our most popular culinary product, pho! Keene, of course, is the location.”

Jolie ran a poll on her restaurant’s Facebook page asking if the name is offensive and 97 percent of more than 3,400 voters said no.

Two weeks after being ordered to remove the sign, Keene city officials have given their approval for the restaurant’s name. Pho Keene Great is slated to open March first. -Thanks, gwdMaine!