You’d expect the richest people on the planet to keep a low profile and hide in the shadows (either to save the world or to scheme up their latest nefarious deeds, depending on your point of view). However, some embrace transparency and humility. One of those people is business magnate, philanthropist, and the target of many tinfoil hat conspiracy theories, Bill Gates.

A controversial figure, Gates recently hosted his 10th ‘Ask Me Anything’ session on Reddit, and candidly answered everyone’s questions. The queries ranged from things to do with the pandemic and Jeffrey Epstein to his views on business, innovation, and charity. We’ve collected the most interesting questions and answers to share with you, Pandas. Scroll down, have a read, and let us know what you think of Gates and what you would ask him, in the comment section.

Oh, and when you’re done with this post, you should definitely check out Bored Panda’s earlier article about Nicolas Cage’s ‘Ask Me Anything’ on Reddit.

Celebrity expert Mike Sington, from Los Angeles, told Bored Panda why Gates has become the target of conspiracies, why well-known and wealthy individuals get targeted by theories, and why doing AMAs can actually backfire. 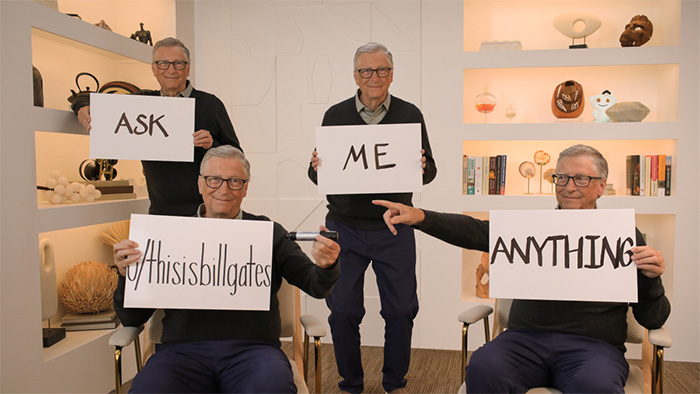 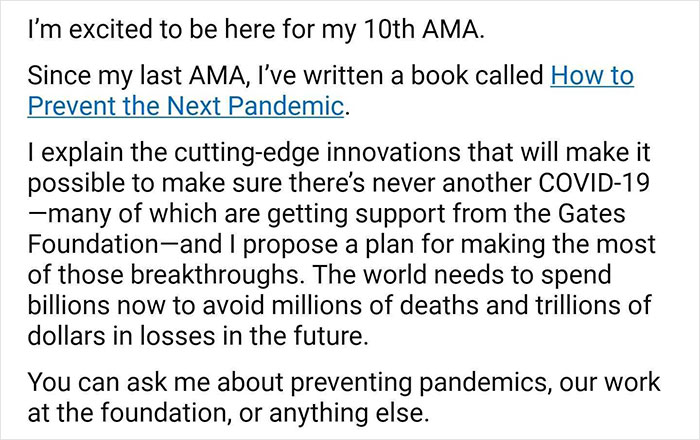 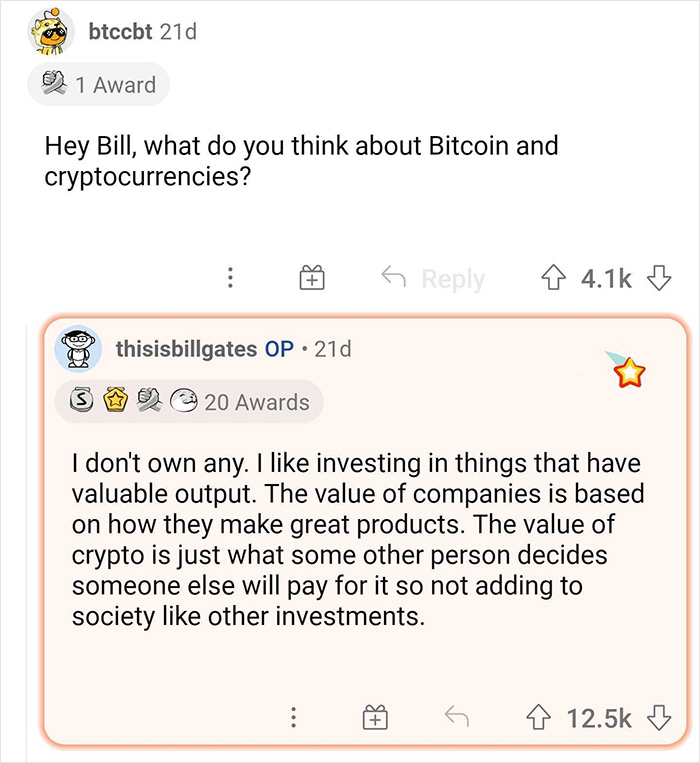 “Bill Gates is the target of many conspiracy theories, especially in regards to the pandemic, because he’s a high-profile individual who has been speaking out a lot about the pandemic from the beginning,” celeb expert Mike explained to Bored Panda.

“He’s positioned himself, intentionally or not, as an expert on COVID, probably more so than any famous person who is not a scientist. Attaching a conspiracy theory to him is an easy way to get traction for it,” he said why some people see him as a target. 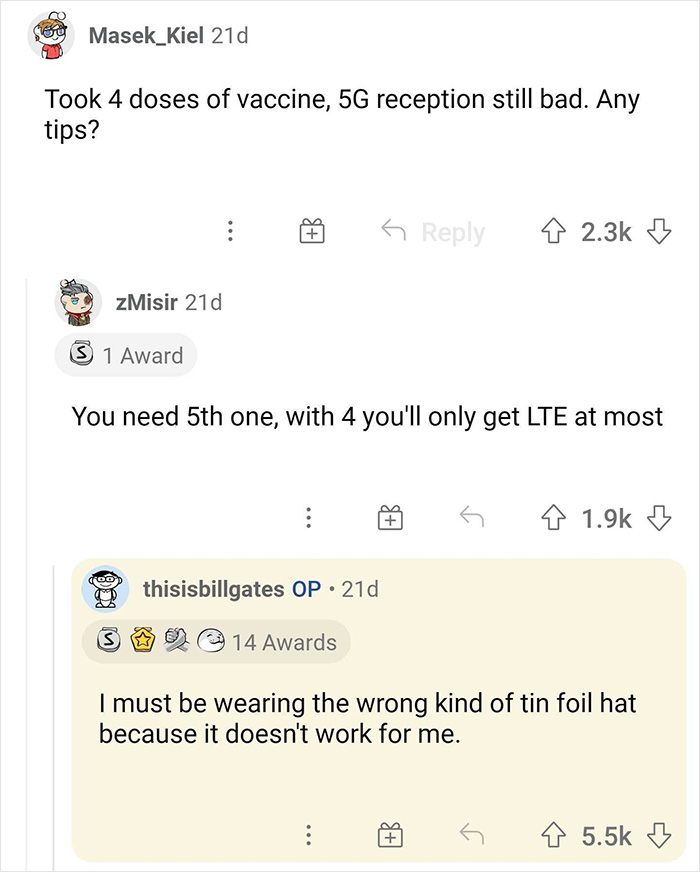 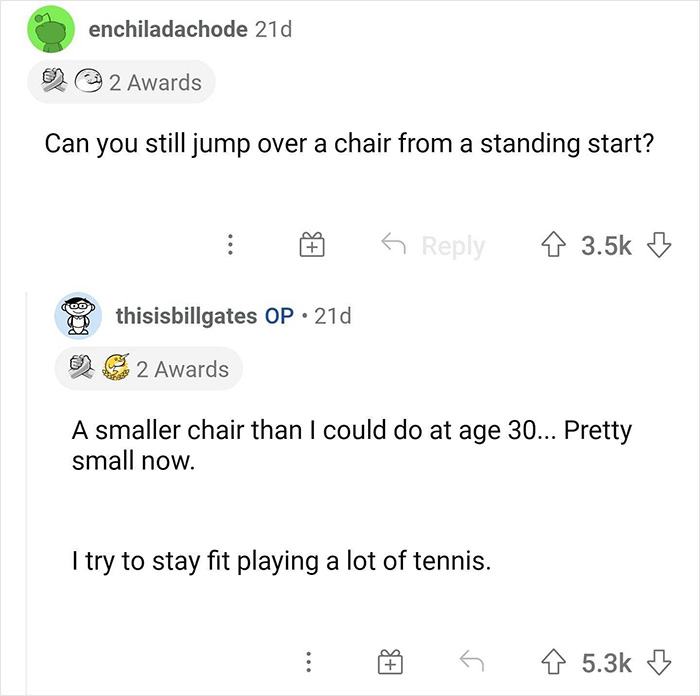 However, doing ‘Ask Me Anything’ sessions might not help with a high-profile person’s transparency and reputation as much as you’d think. Mike believes there’s too much potential for the situation to backfire. 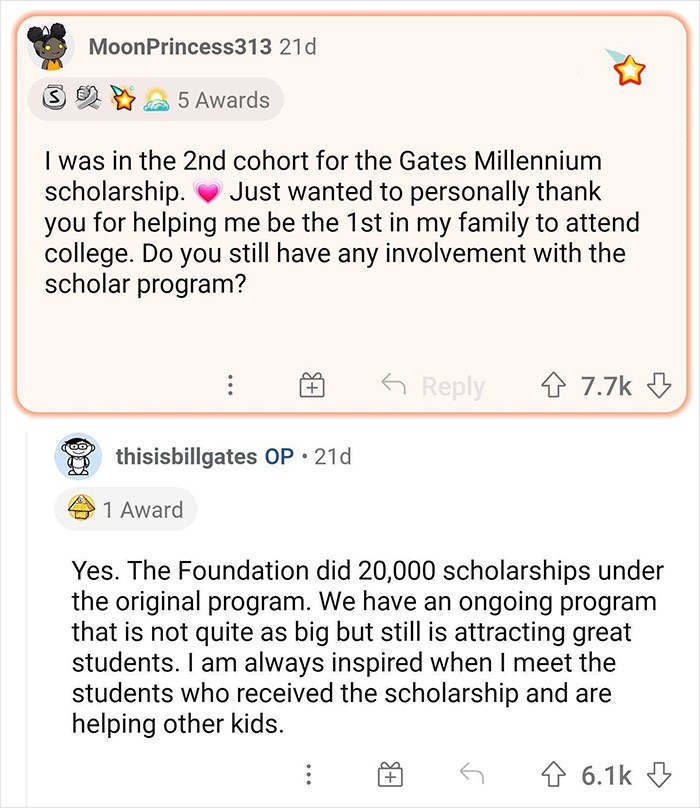 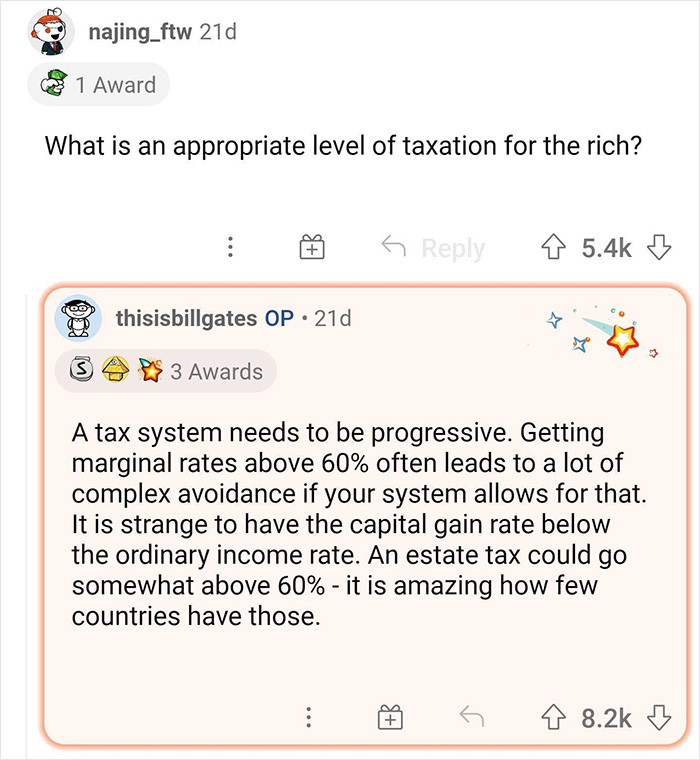 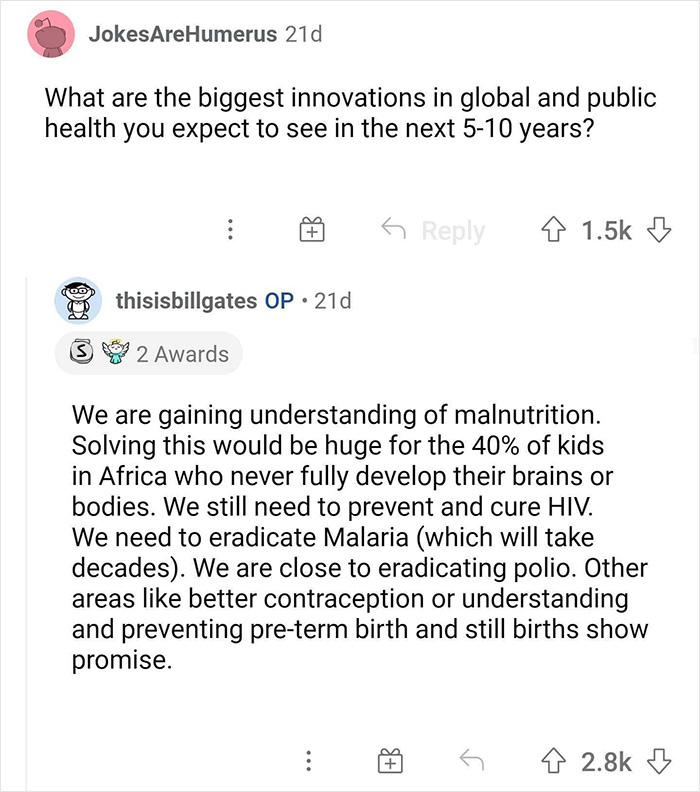 “It’s dangerous territory for a famous person to do an AMA, because it’s too easy to lose control of your image and the narrative you want to present. In most cases, I don’t think they improve a celebrity’s reputation. Too often AMA’s backfire and make a celebrity look foolish,” he warned.

The fact that this was Gates’ 10th Reddit AMA shows that he’s not afraid of tackling hard-hitting questions. It’s pretty easy for folks to paint him as ‘the devil’ considering his vast wealth and influence on a global scale, but the co-founder of Microsoft seems like a scapegoat for people’s frustrations with those in power.

Though nobody should be naive to think that however openly Gates answers people’s questions will convince hardcore skeptics that he isn’t secretly trying to depopulate the world and/or control the world. Another conspiracy surrounding the hundred-billionaire includes that he’s supposedly trying to microchip the world via Covid-19 vaccines to track them (5G functionality included free of charge).

Though, depending on the conspiracy nut, the 5G network allegedly spreads Covid… which gets confusing because some other tinfoil hat wearers don’t believe that Covid exists at all. 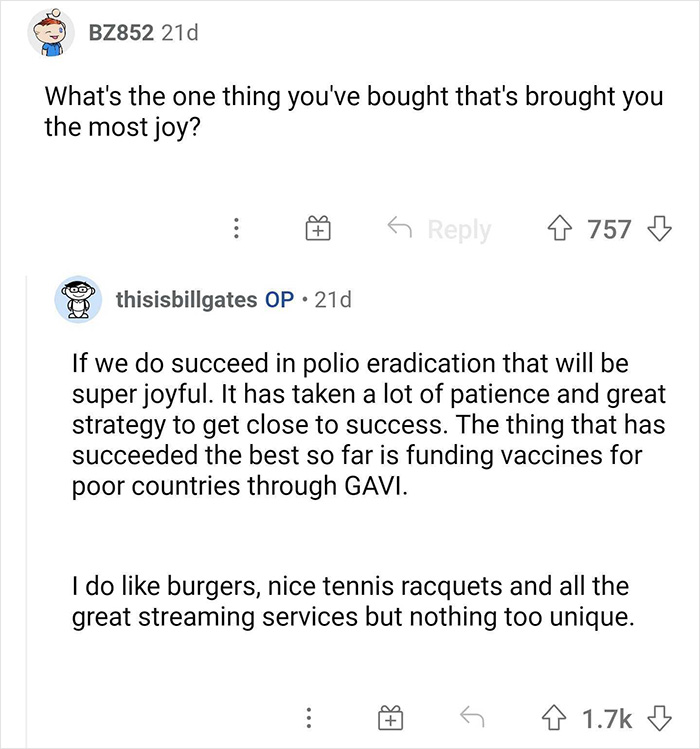 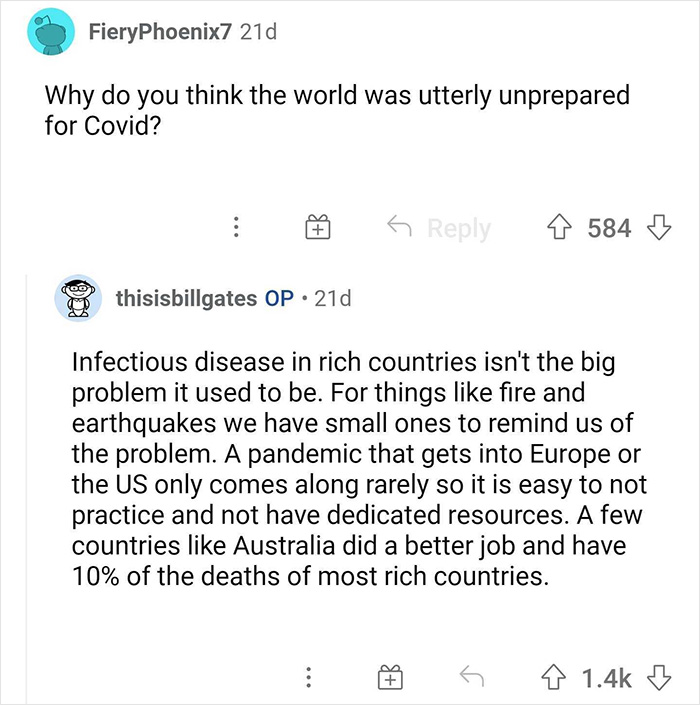 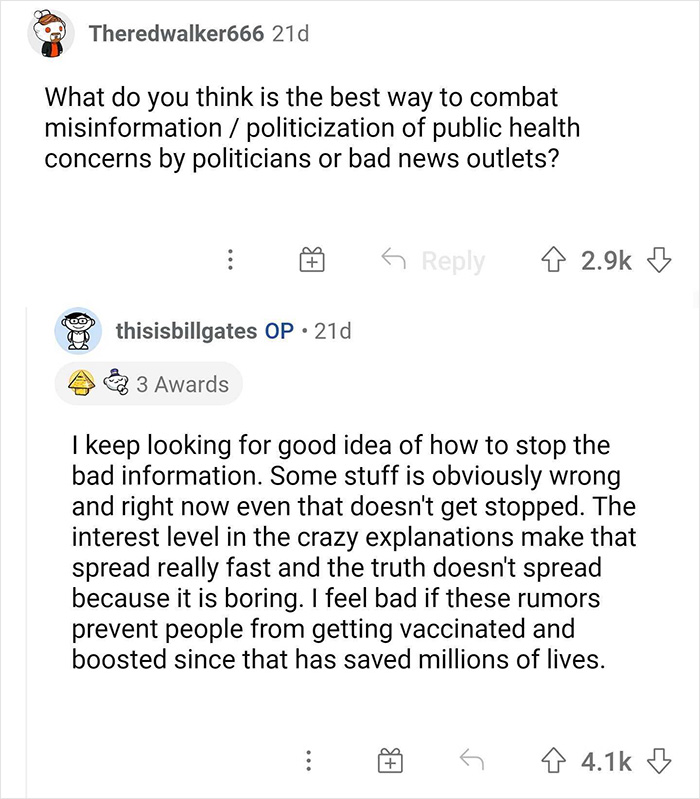 Gates told the BBC during an interview that some people hassle him in public. “Only recently as I’ve been out in public some people yell at me that I’m tracking them, and that’s an awful thing,” he said.

“I still maintain a sense of humor about it, but to the degree that crazy theories cause people not to want to get vaccinated or wear masks, it is making the toll of the pandemic even worse.”

Kathleen Hall Jamieson, director of Annenberg Public Policy Center at the University of Pennsylvania, told USA Today that “in a world in which nothing happens by chance, those with wealth are assumed to have the power to engage in and cover up malign activities. As a result, Bill Gates is an inevitable subject of conspiracy theories.”

In other words, he’s the ‘perfect villain’ because he has ties to Big Tech, important politicians, and he has clout in the medical world.

“Gates in some ways acts as a ‘perfect villain’ in contemporary society, as he appears in so many different contexts—and could be cast as a villain in each of those contexts,” explains Timothy Tangherlini, a professor at the University of California, Berkeley. 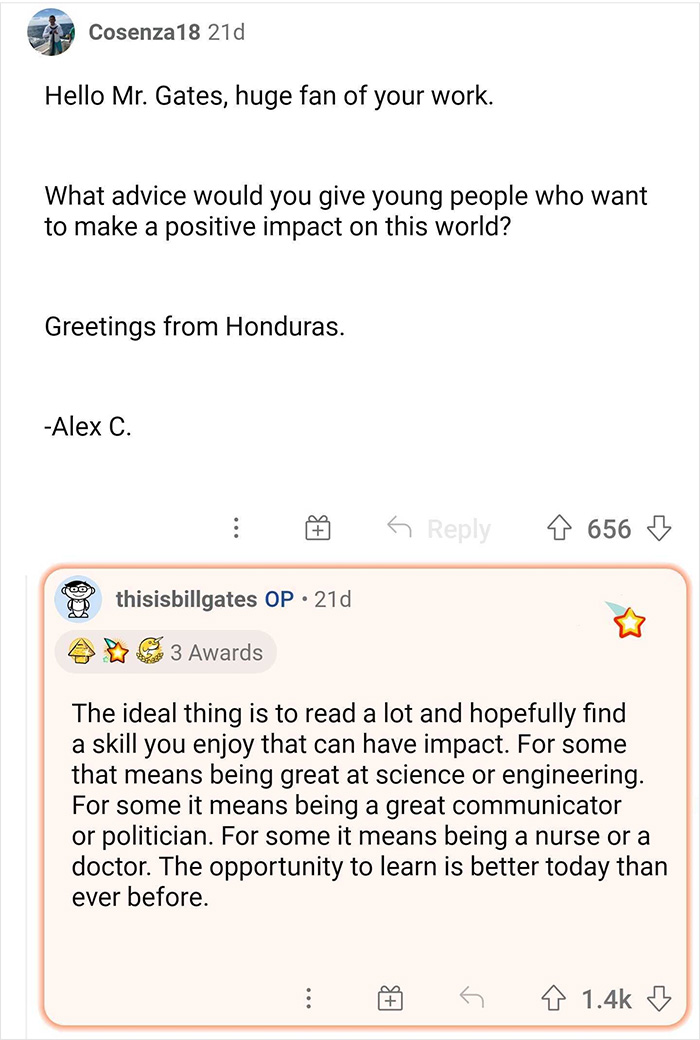 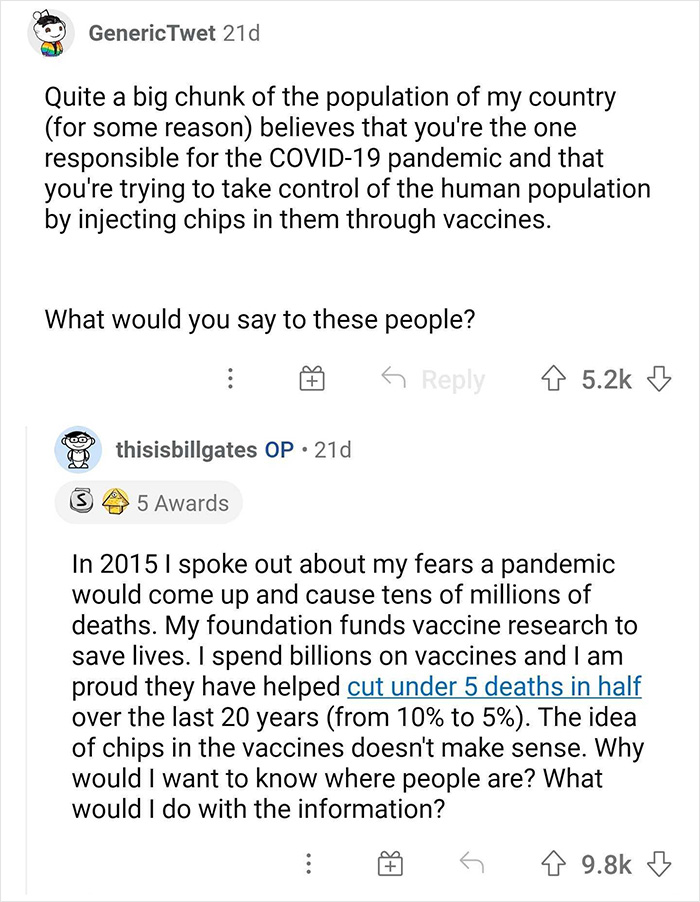 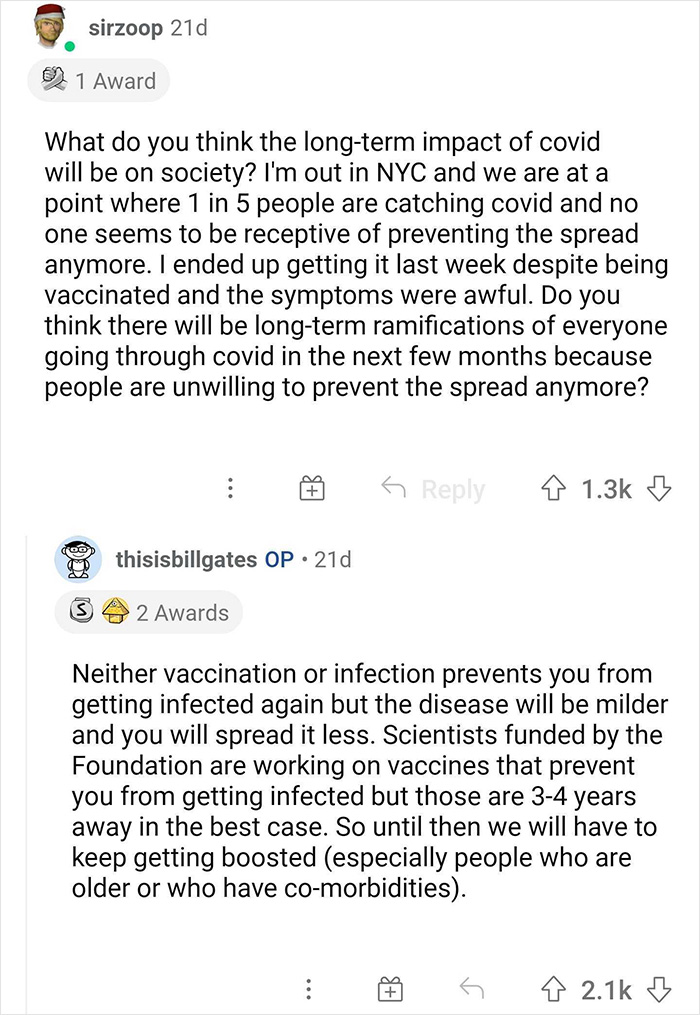 “There are many parallels between COVID conspiracies around Bill Gates and theories about witches in the past. Both emerge in contexts of uncertainty as people confront inexplicable misfortune,” Manvir Singh, research fellow at the Institute for Advanced Study in Toulouse, France, told USA Today.

“Both attribute that misfortune to powerful, malicious figures who work through invisible means. Both demonize those powerful figures, which entails making them morally heinous (e.g., child kidnapping or cannibalism), making them existentially threatening, and enhancing perceptions of their power and influence.” 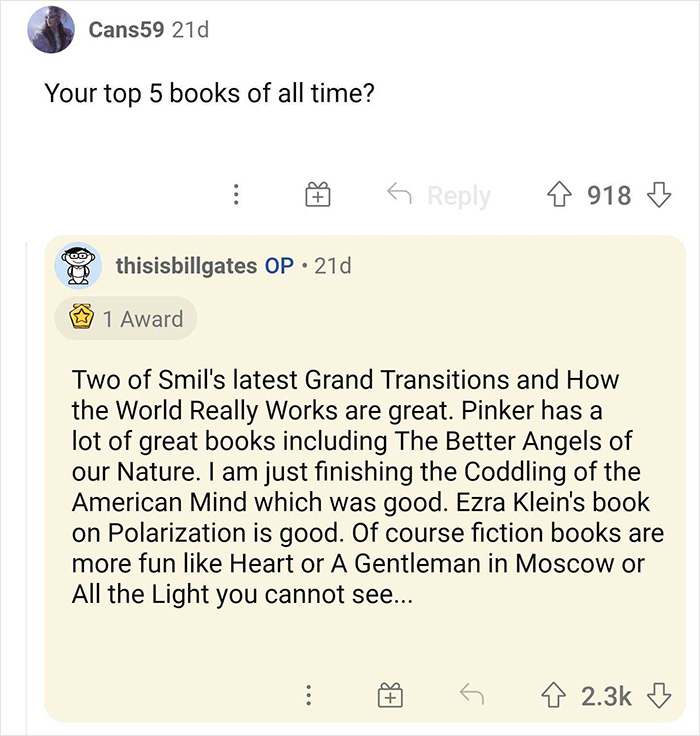 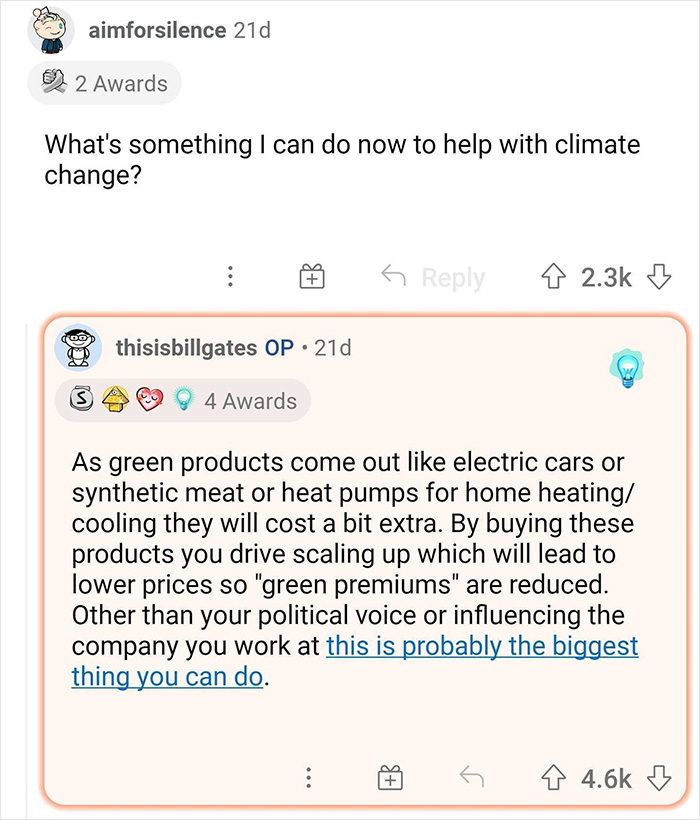 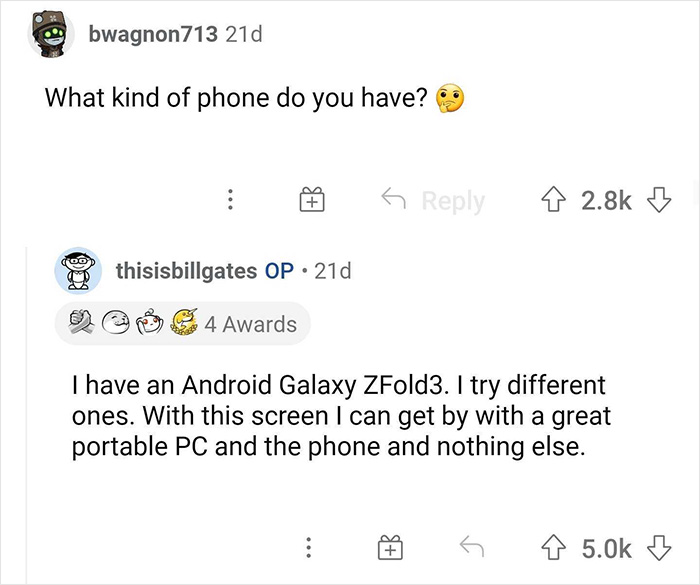 Conspiracy theorists tend to see the world in a very black-or-white way. Often, they don’t see nuances, grey areas, and they opt for a more simplistic version of reality when in fact life’s far more complex.

Joseph M. Pierre, a professor of psychiatry at the David Geffen School of Medicine at UCLA, explained to Bored Panda that the people who tend to believe in conspiracy theories are the very ones who see it in a way where good and evil constantly struggle. 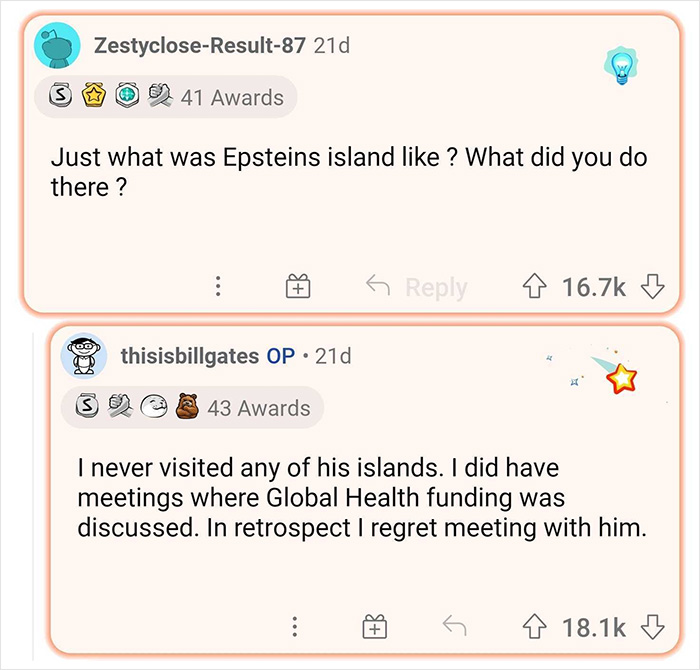 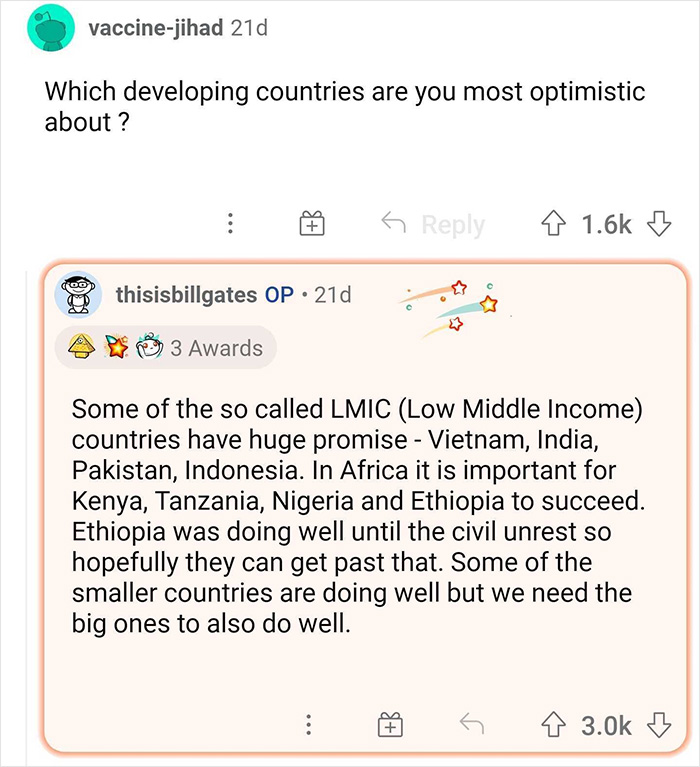 Meanwhile, Steven Wooding, a member of the Institute of Physics in the United Kingdom, told Bored Panda that the world is a far more complex place than many think at first glance. That’s the key to figuring out whether any theories or news you read online might be fake (or dramatized). 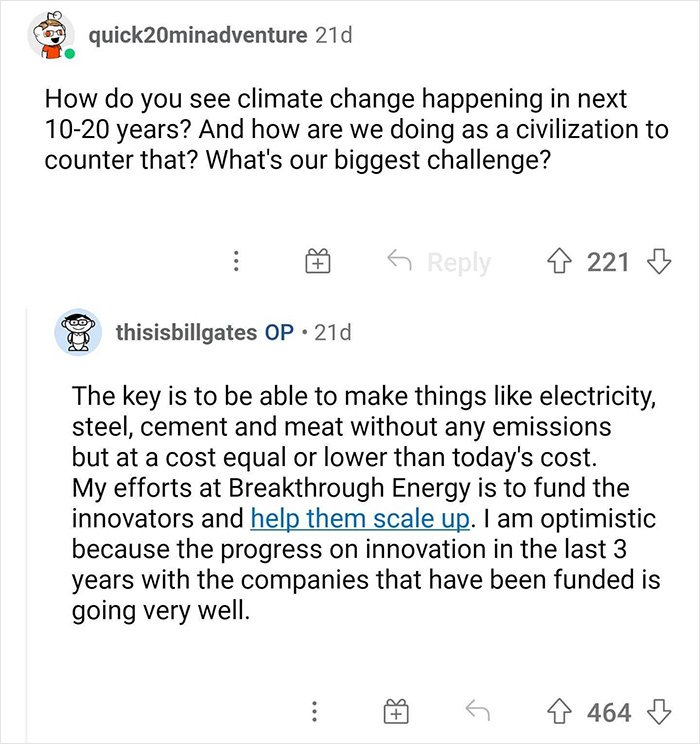 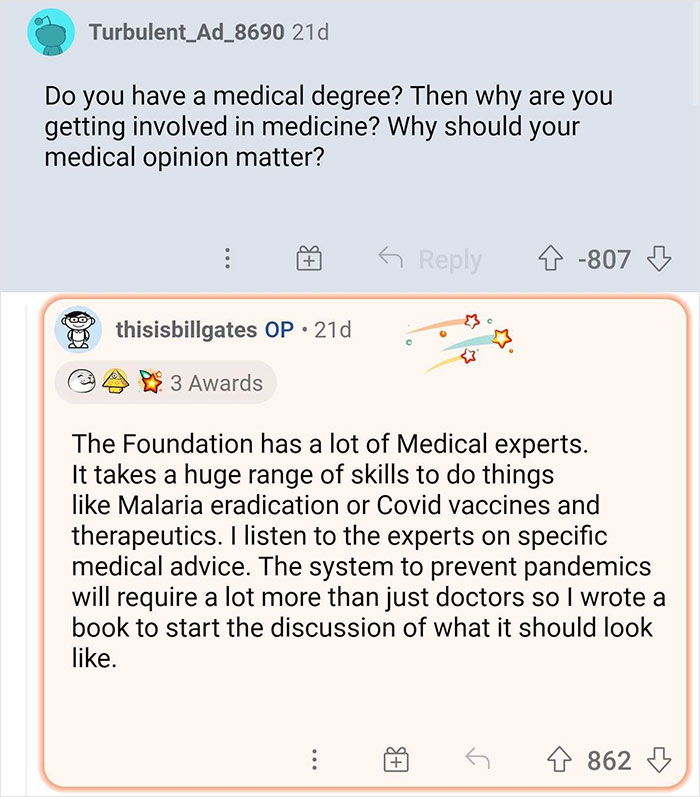 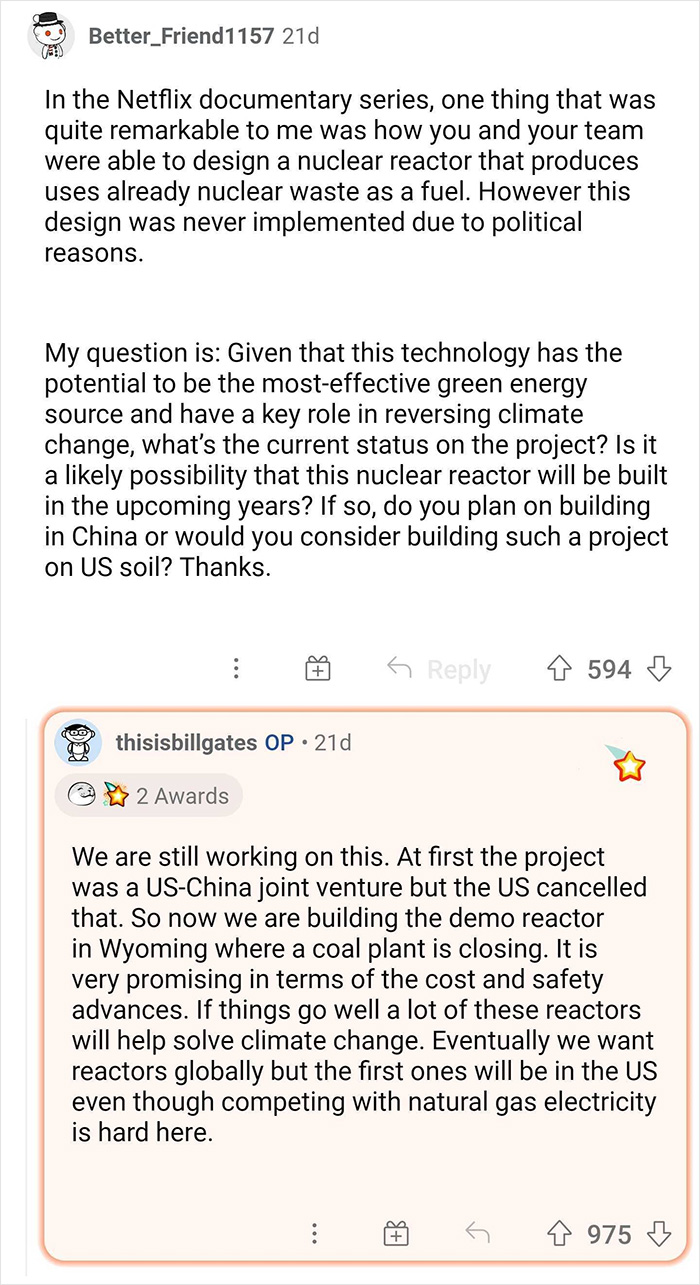 “I think that while reading the news every day, we should never forget that the world is a complicated place. The events that occur are usually the result of multiple processes rather than a single cause,” he said.

“If a theory explaining an aspect of reality has monocausal tendencies (or even shamelessly presents itself as monocausal), it is highly likely to be wrong. We should develop a habit of thinking about this every time we hear a theory supposed to explain some ‘hidden truth’ to us. Then, if you think to yourself, ‘Wow, that sounds pretty monocausal!’—it’s a sign you should do your research,” Steven said. 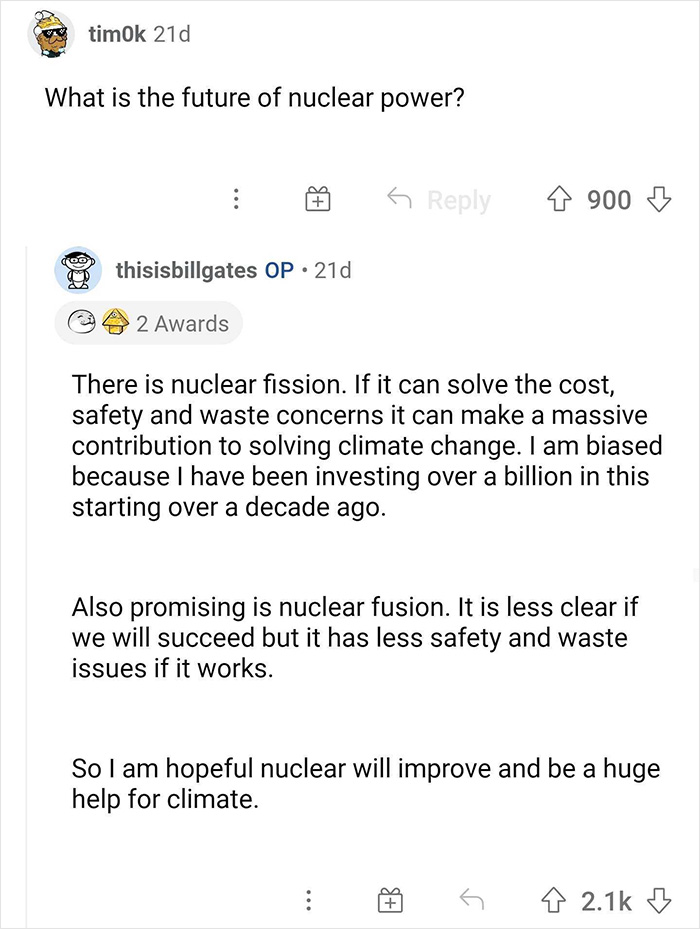 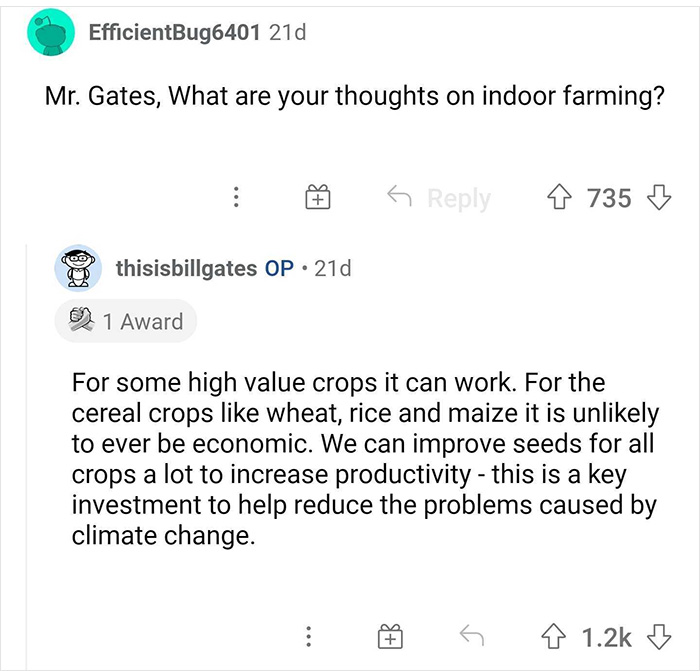 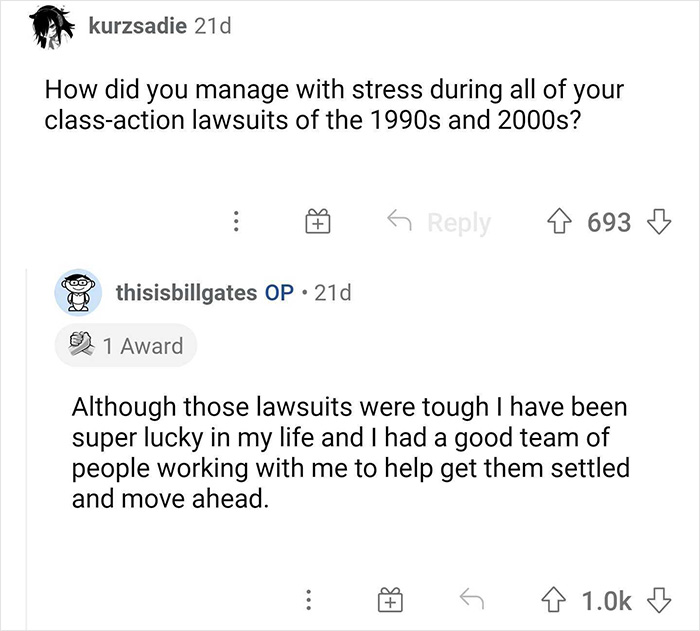 “The world is complicated: many processes are going on that we don’t have time to follow, don’t have the knowledge to explore, don’t have an awareness of their existence. Conspiracy theories are usually simple: in their worldview, one cause determines everything (the world is ruled by lizard people, etc.),” he pointed out why some find conspiracies attractive. It’s their simplicity that’s so mesmerizing.

“They present (at least at first) a clear and lucid vision of the world—often based on Manichean [good vs. evil] opposition. They give the false impression of thoroughly understanding and explaining the world in a simple way,” he said. 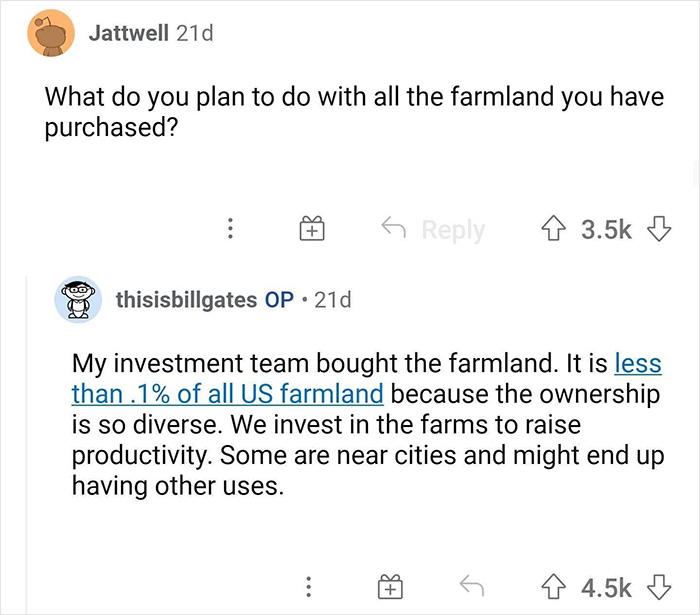 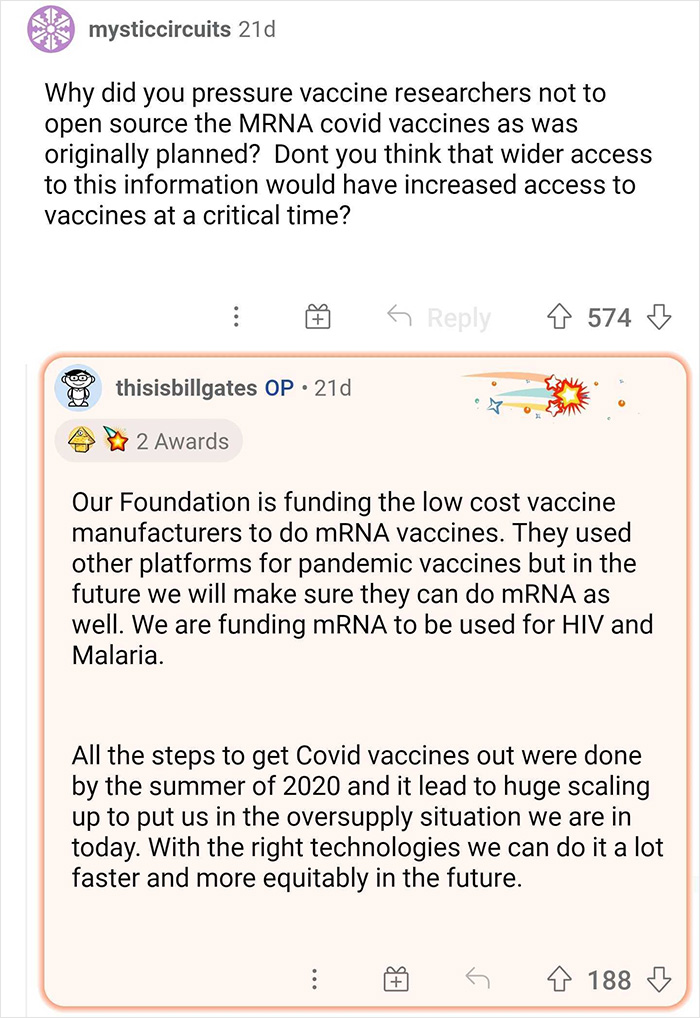 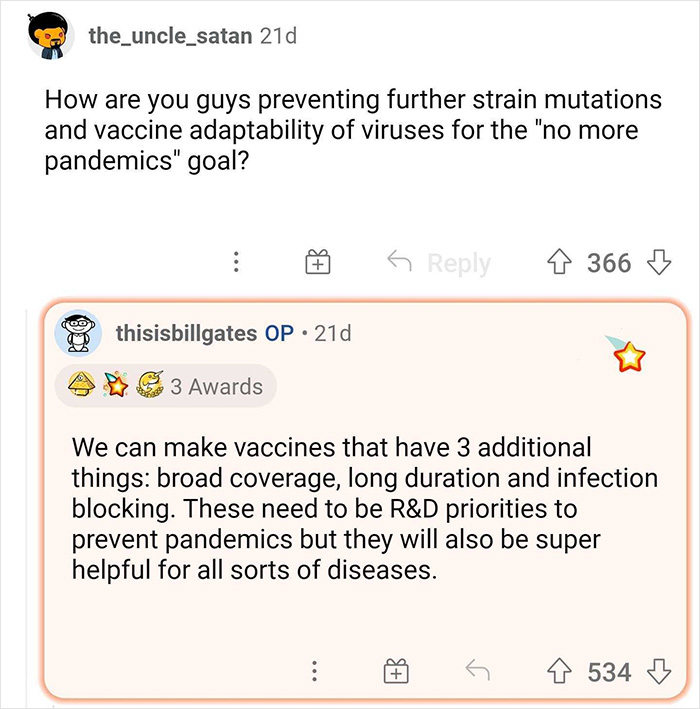 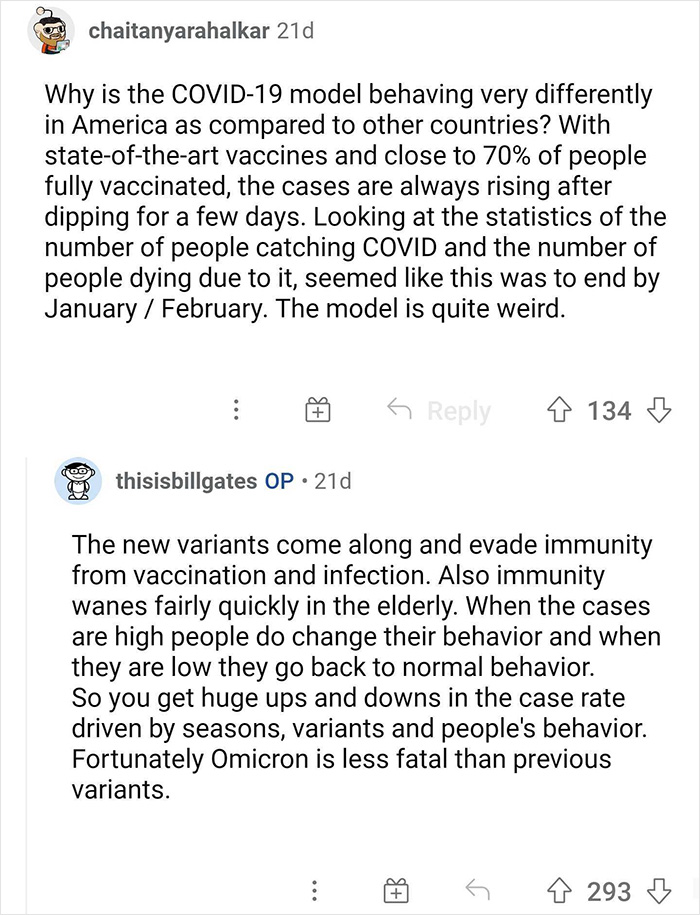 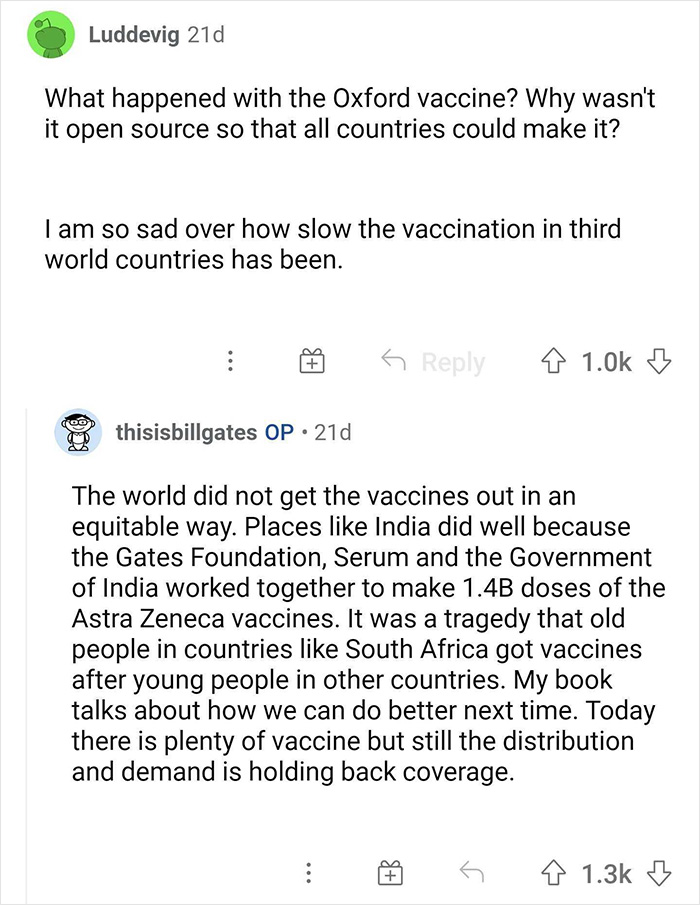