On September 20, 1940, just over a year after Hitler’s army invaded Poland triggering a six-year war, a German airplane dropped a bomb over London as part of the Blitz. The target was the Westminster Cathedral. By good fortune, the airmen miscalculated the trajectory and the bomb missed the church. It fell in the square between the choir of the cathedral and Morphet Terrace, and exploded leaving a large crater.

The crater was left intact until the following spring, when the caretaker of the cathedral, Mr. Hayes, began to see the possibility of a garden. 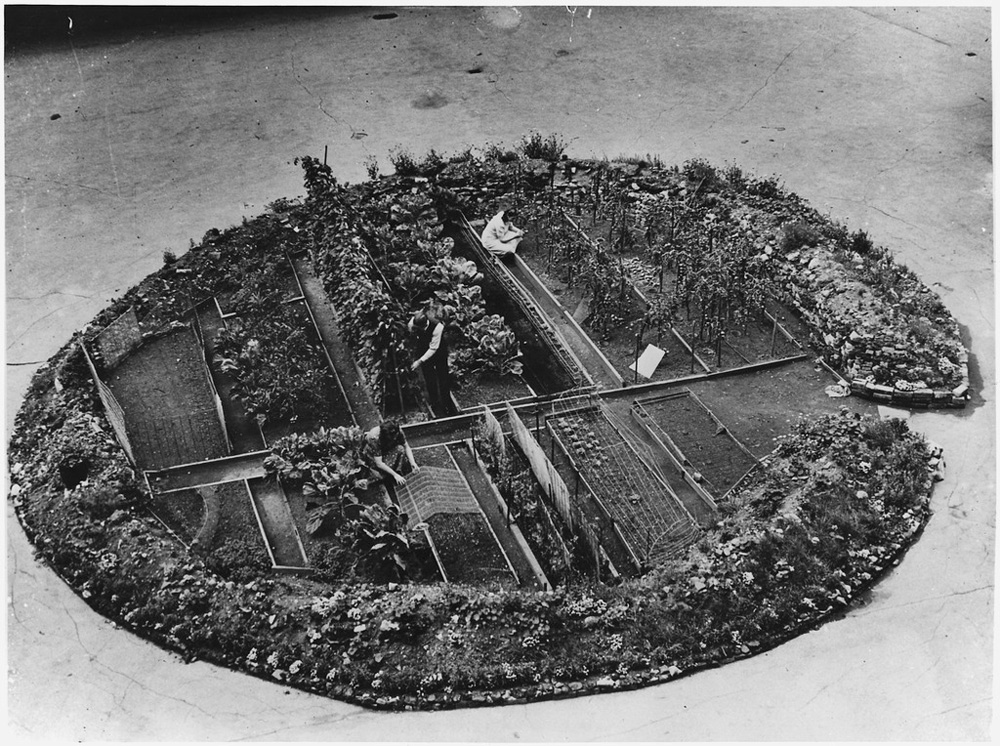