We all go to work every day to, you know, work. But there are plenty of moments during the day when we should be allowed to get up, stretch our legs, take a walk for a few minutes to clear our heads and get some fresh air, make some coffee, and oh yes: eat lunch. No matter where you are working or who you are working for, you are entitled to eat during your shift, assuming it’s more than a few hours long. Aside from the fact that eating is a basic human need and employers should not be subjecting their workers to inhumane conditions, a healthy, happy and not hangry employee is going to yield the most productivity.

Unfortunately, however, one woman recently learned  that her boss did not understand the value of lunch breaks whatsoever, so she decided that working for him was just not going to be worth it. Below, you can hear the full story of how Irian, or Irian28 on TikTok, recently quit her job, as well as read some of the replies from viewers who were left fuming. We would love to hear your thoughts on this unreasonable employer, so feel free to join in on the conversation in the comments. Then if you’re interested in reading another Bored Panda article featuring lunch time drama at work, be sure to check out this story next.

One woman recently learned that her boss did not value lunch breaks, so she decided that her job was not very valuable either 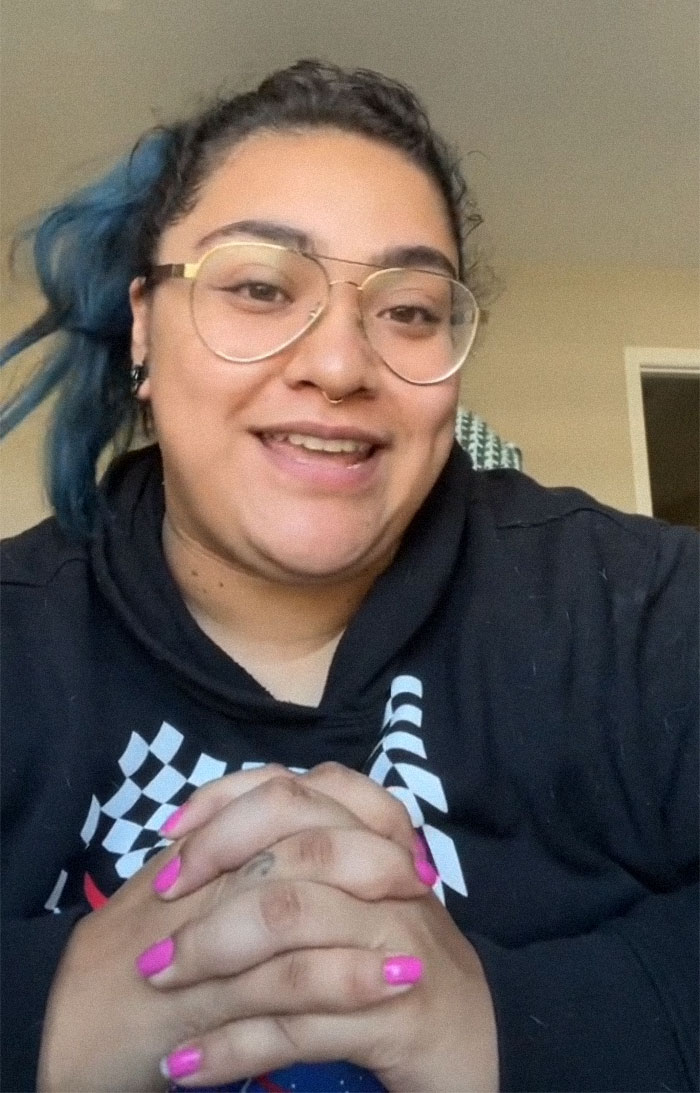 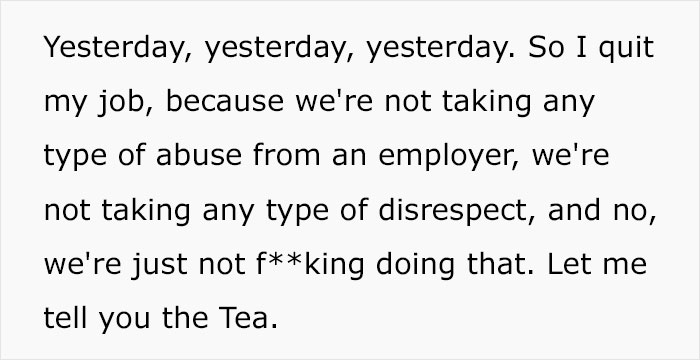 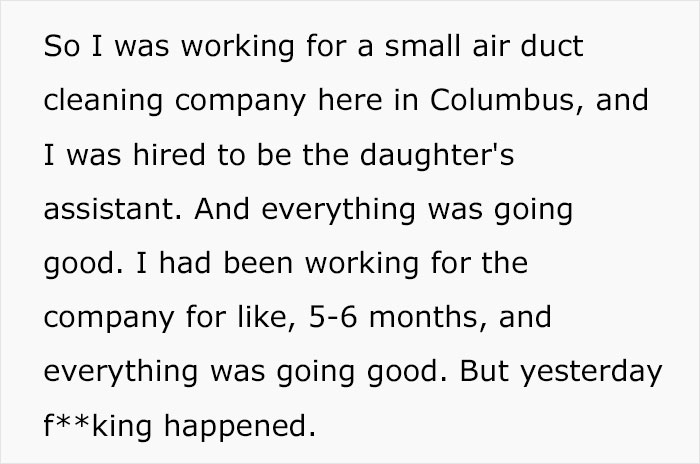 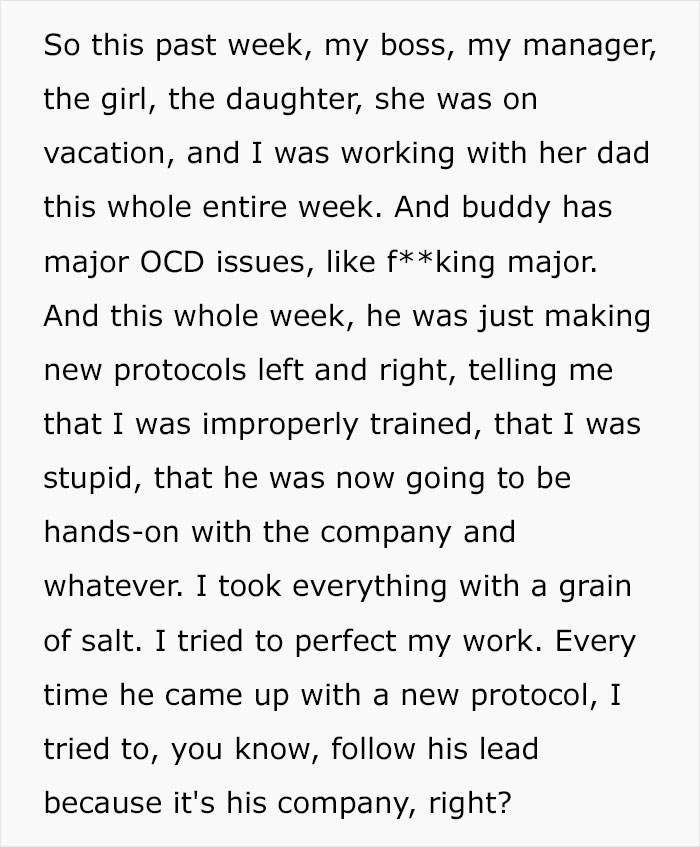 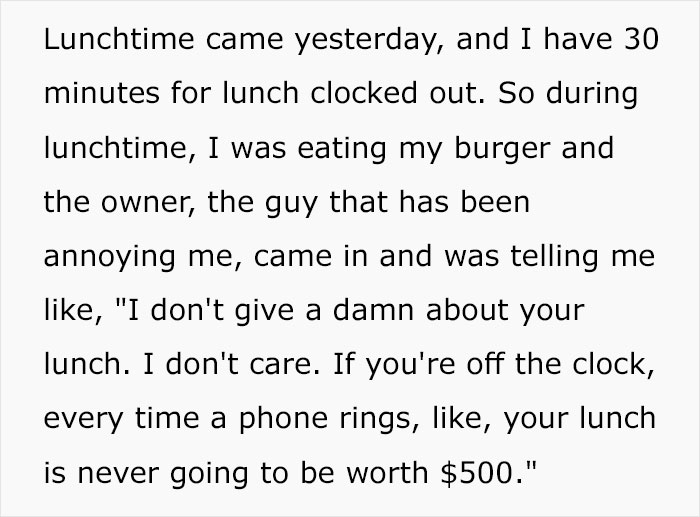 She then continued the saga in a second video 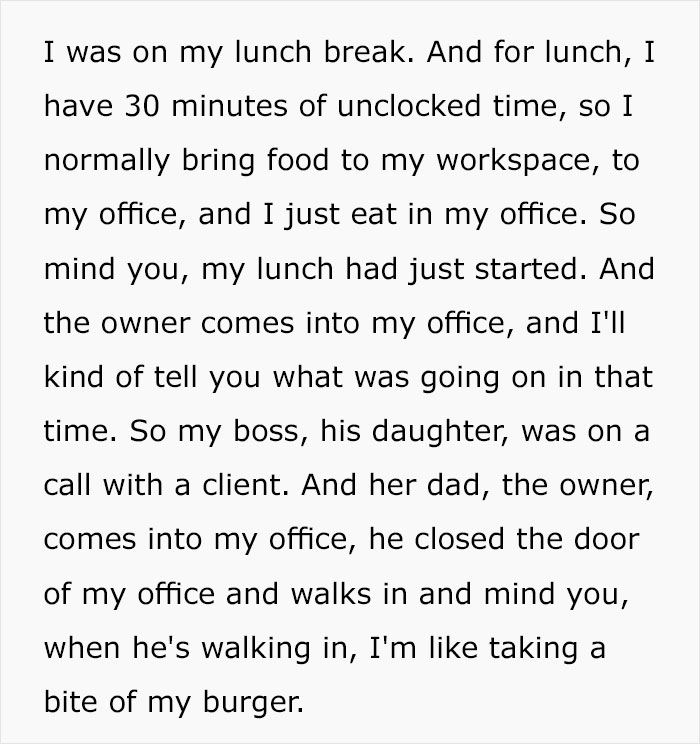 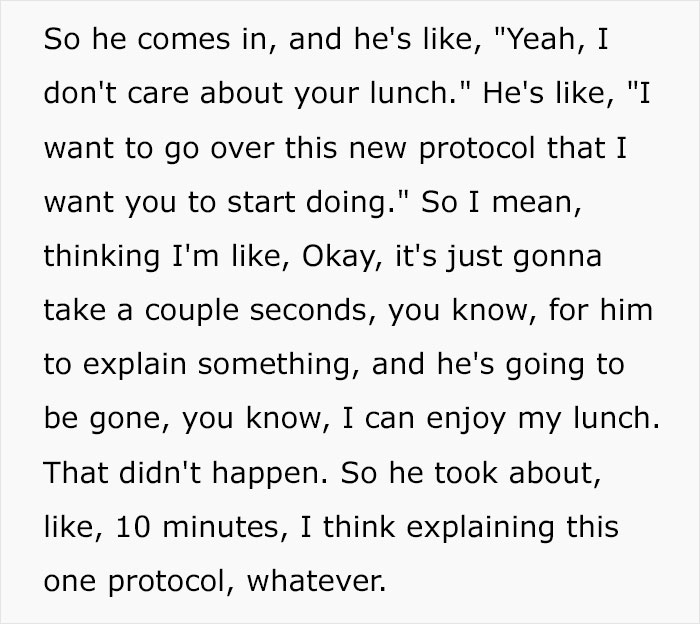 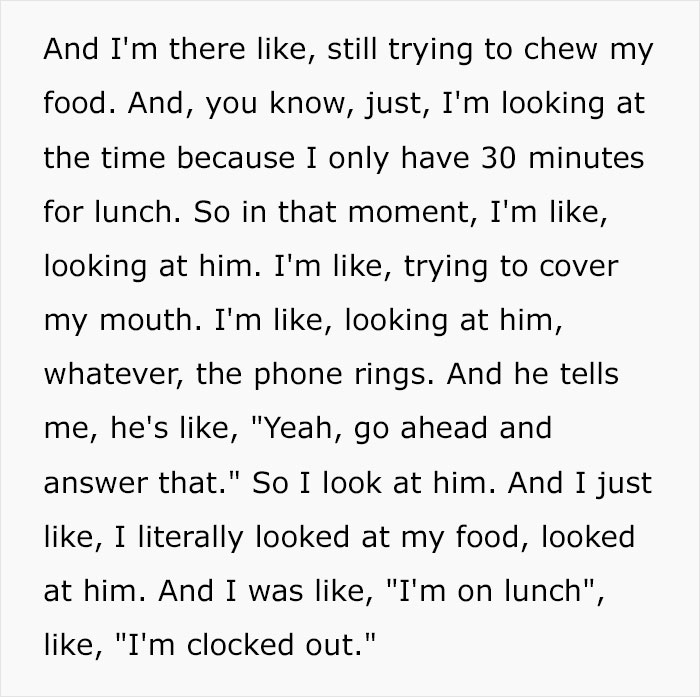 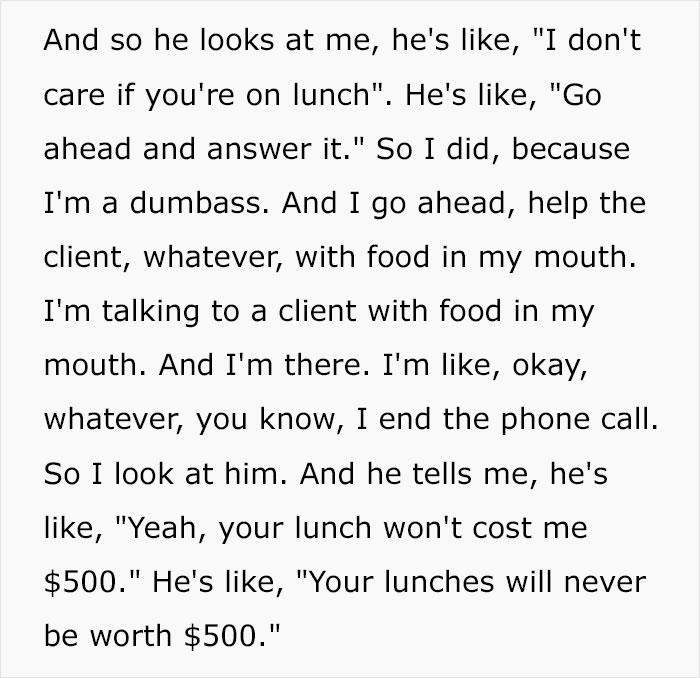 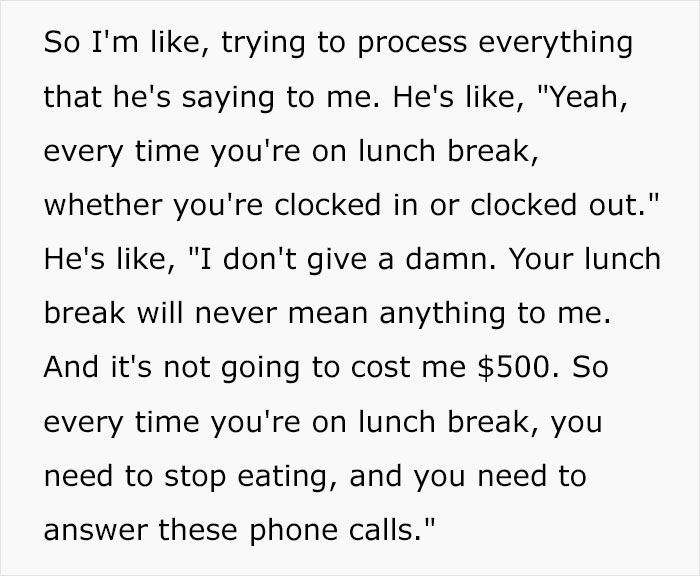 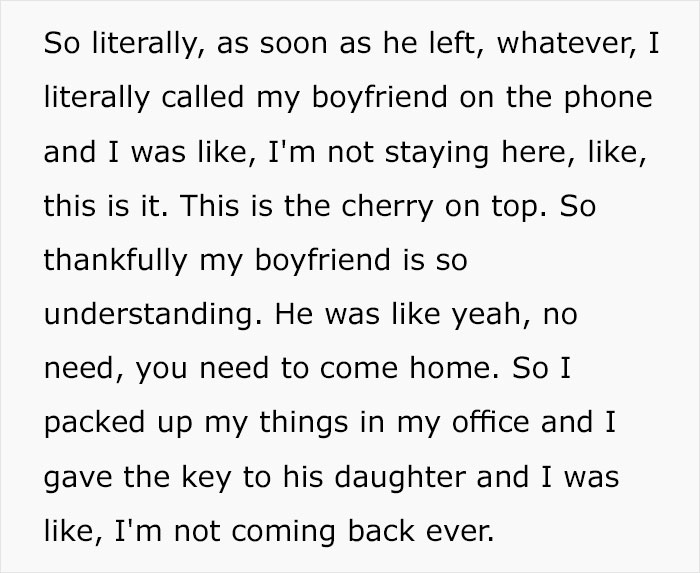 Technically speaking, in the United States, federal law does not require that employers provide lunch or coffee breaks. However, in most states, there are rules in place requiring that employees take a lunch break, typically after between 4-5 hours of a shift. While Irian might be working in a state that does not have specific legislation around meal times when working, I would guess that she probably signed some form of contract stating that she would have a lunch break during every shift. Expecting people to work for 8 hours at a time without a gap for a meal is inhumane, and I don’t know many people who would agree to those conditions.

Irian also made it sound like this was never an issue when she worked with her boss’ daughter. Clearly, there was a precedent in place that she would receive a lunch break every day, and when she was not on her lunch, she would be answering phones and assisting clients. There must be a mutual understanding between bosses and employees that if the employer respects their workers’ breaks, the employees will also respect the time they are on the clock and focus on the tasks at hand.

Regardless of what the law mandates, Irian deserves to eat during the day. It should go without saying that all employees are entitled to breaks, but apparently this boss did not understand that workers will no longer stand for unfair treatment. I’m glad that Irian knew her worth and did not decide to stay in a toxic work environment, but it is frustrating to hear about yet another employer who thought he could simply take advantage of his workers. We would love to hear your thoughts on this situation down below. Have you ever had a boss who denied you lunch breaks? Feel free to share how you handled the situation, or if you too decided to quit and find an employer who actually values you as a person.

The post Boss Tells This Woman Her Lunch Break Isn’t Worth 0, Expects Her To Work Nonstop first appeared on Bored Panda.