A smoke break is something that can easily divide employees, especially the ones that don’t smoke. This story from the Malicious Compliance subreddit sheds a light on how companies decide who gets to use their quick break and who doesn’t, and just how little it sometimes makes sense.

“I first started working at 17 as a housekeeper cleaning condos in downtown Toronto,” the Redditor KhajiitKennedy wrote.

However, it soon turned out that KhajiitKennedy was not allowed to simply take his quick break like the fellow smoker colleagues. So he came up with a maliciously compliant idea to get around it. 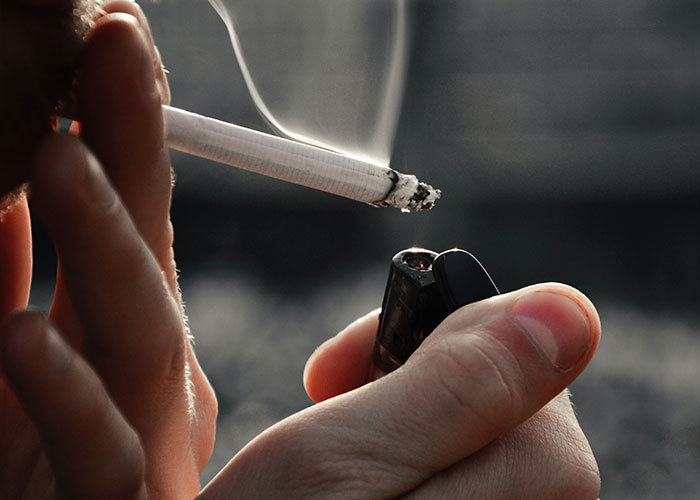 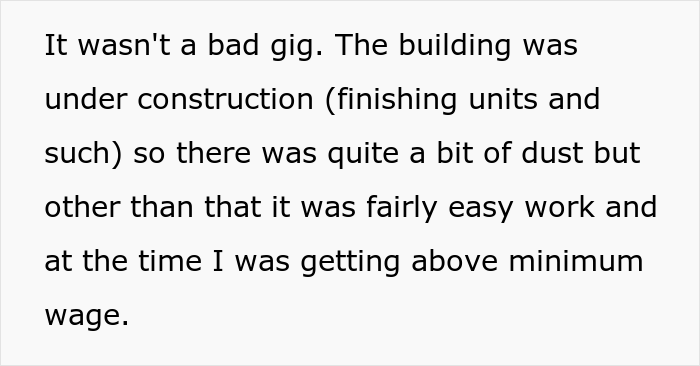 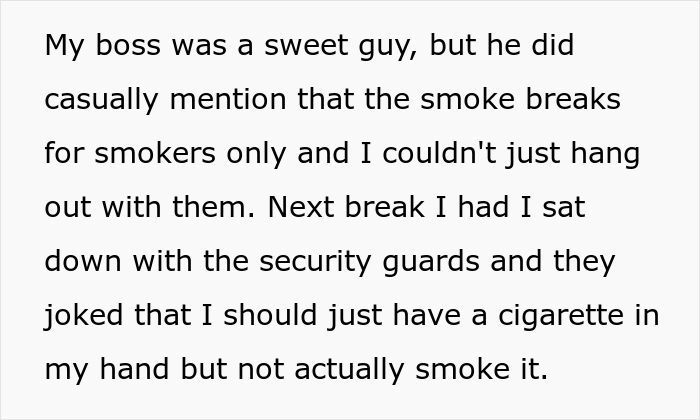 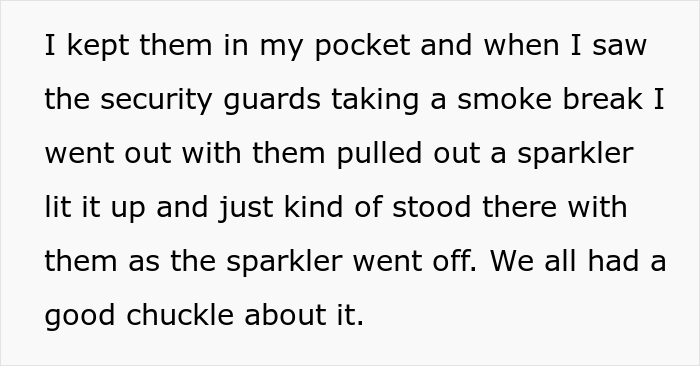 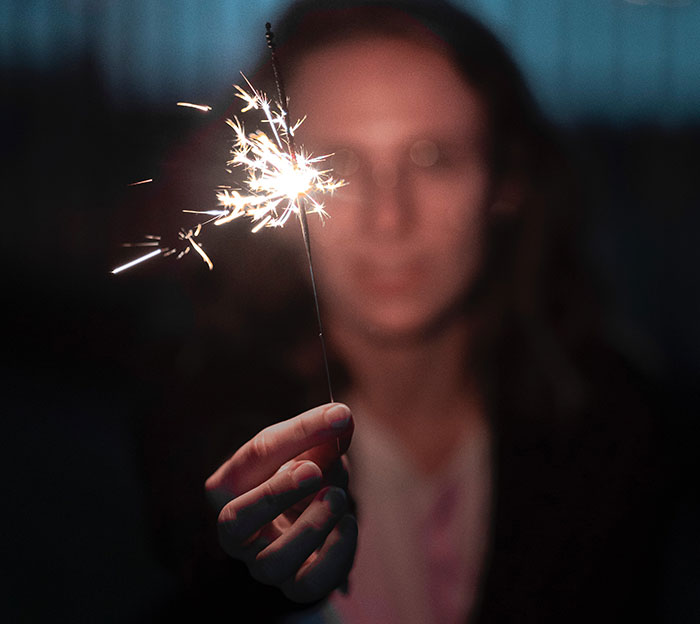 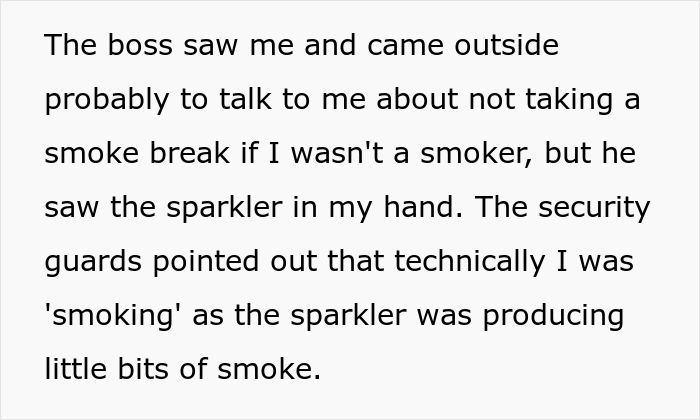 More people shared their own experiences in the comments 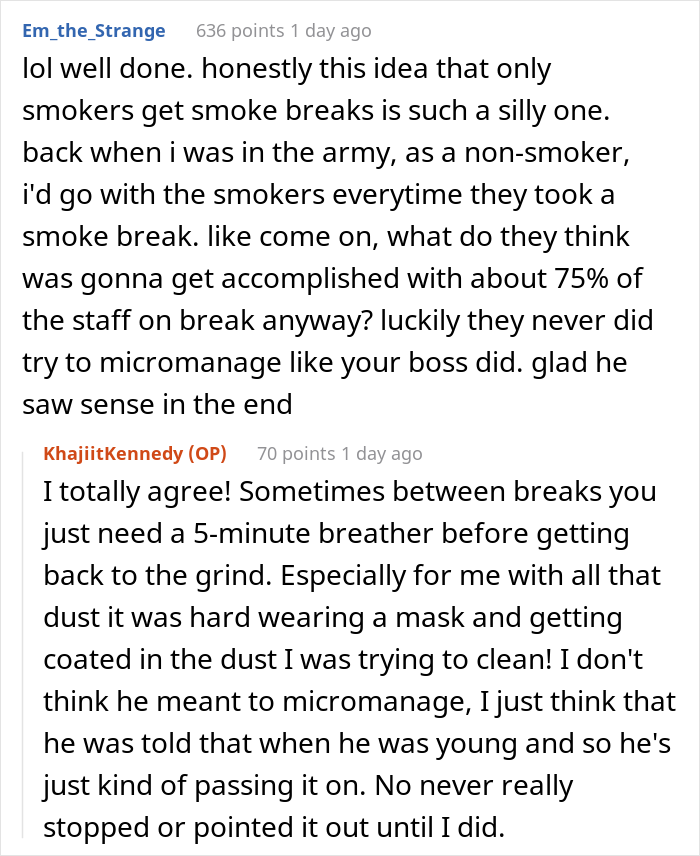 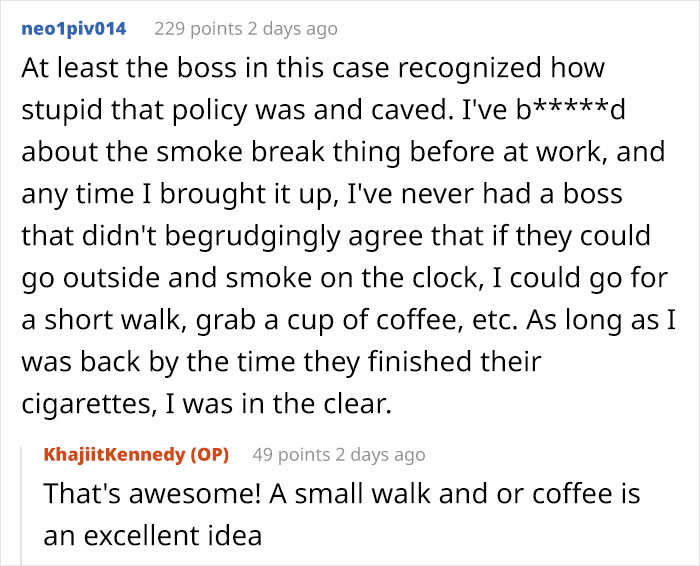 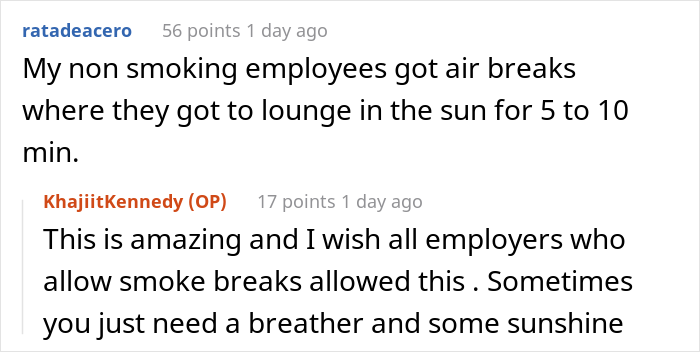 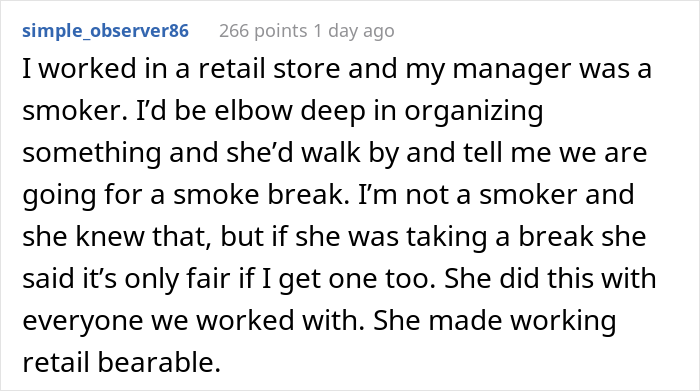 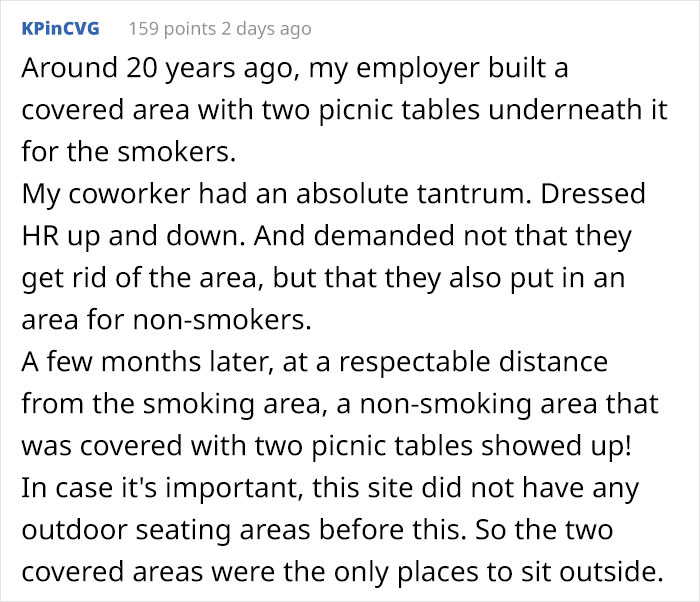 The post Boss Told This Employee He Couldn’t Take A Smoke Break Because He Doesn’t Smoke, So He Brought A Pack Of Sparklers To Work first appeared on Bored Panda.