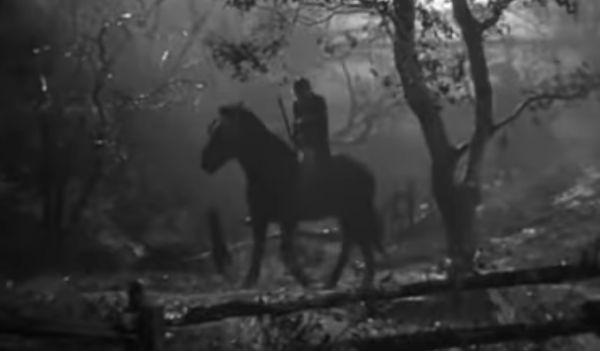 In the movie Sergeant York, a yet-to-be-conscripted Alvin York is shown very intoxicated, on his horse. That seems to be the safe way to get home- after all, the horse knows the way, and horses are very good at not crashing into things. But in the modern world, would that be considered “drunk driving”? It all depends on where you are, and what the local law says. Almost everywhere, it is against the law to operate a vehicle while your faculties are impaired by alcohol or other drugs.

With that caveat out of the way, for the easy answer- if the horse is pulling a cart, then almost universally yes the horse / buggy combo counts as vehicle. This is because in most regions almost anything with wheels on the road is considered a vehicle outside of some exceptions like wheel chairs, or in a few regions where a motor is explicitly required for something to be defined as a vehicle.

Thus, with exceptions like Montana whose definition of “vehicle” explicitly notes “except devices moved by animal power”, if you’re riding or driving a horse that is pulling some sort of cart on a road, you can potentially be cited for driving under the influence. For example, in December of 2009 in Lancaster County, Pennsylvania, police pulled over a 22 year old Amish man, Elmer Stoltzfoos, who was operating a horse drawn buggy on a public roadway while drunk. Although, “operating” is perhaps too strong of a word as Stoltzfoos was actually slumped over asleep in the buggy at the time, with the horse seemingly knowing the way home and taking him there along the road. When Stoltzfoos was subjected to a breathalyzer test, he had a blood-alcohol level of 0.18, slightly over twice the legal limit.

But what if the horse was just a horse, with no wheels? Again, the laws vary from place to place, and even identical laws have been interpreted differently, depending on the case. Read about some of those laws and the cases they were applied to at Today I Found Out.

Rating Can You Get a Ticket for Riding a Horse While Intoxicated? is 5.0 / 5 Votes: 2
Please wait...
Loading...
Related articles