Cheating is probably one of the biggest relationship killers. More often than not, finding out that the love of your life was disloyal to you causes a whirlwind of emotions and an aching heart. And it’s especially difficult when it leaves you with a canceled wedding and a considerable amount of debt.

One woman took her story to Reddit, confessing she found out that her fiancé was having an affair just a few weeks before tying the knot. Having to call off the venue, catering, and other services (which were mostly non-refundable), the author found herself $20,000 out of pocket.

“It isn’t my problem you took out a loan you can’t pay back,” her former partner said, not planning to help her out. The woman turned to the AITA community to ask if she was in the wrong for selling her ex’s great-grandmother’s ring—a family heirloom—to cover the costs of their canceled wedding. Read on for the full story. 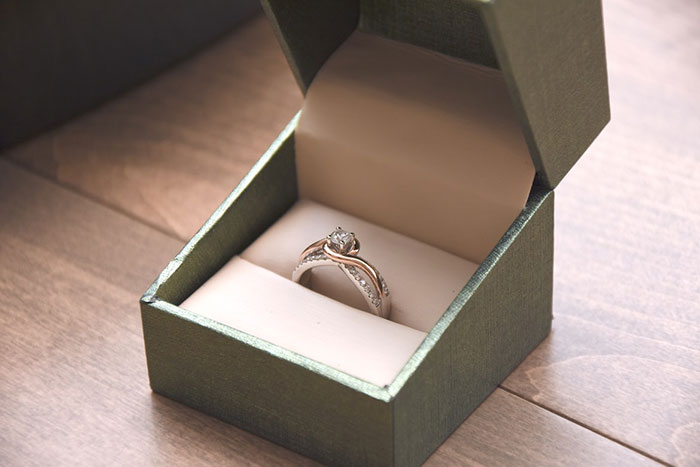 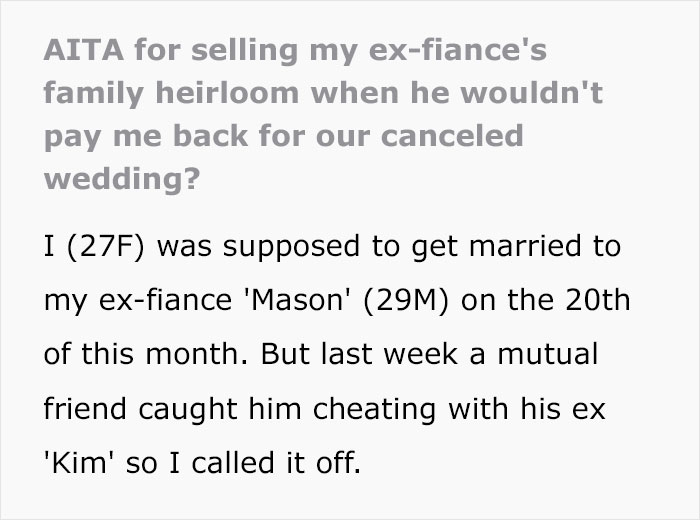 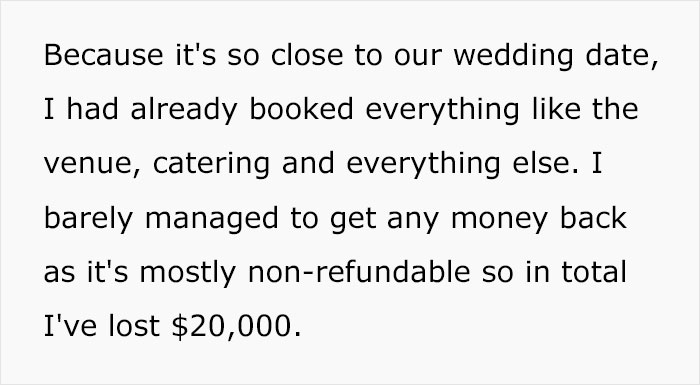 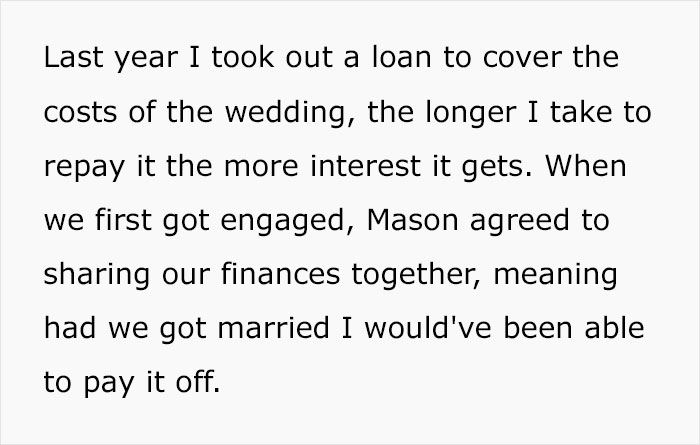 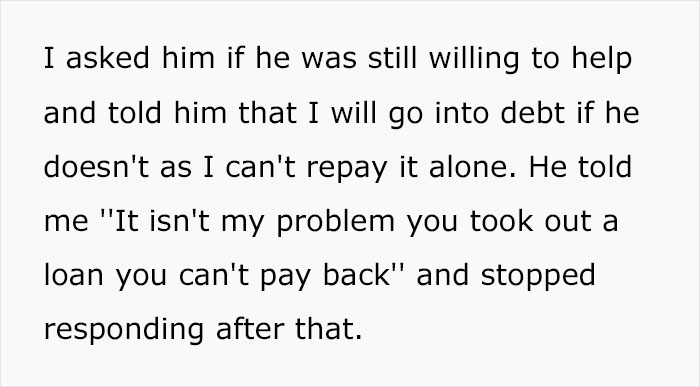 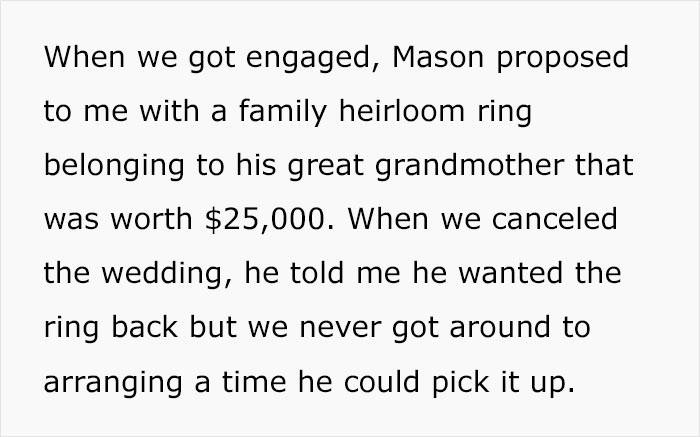 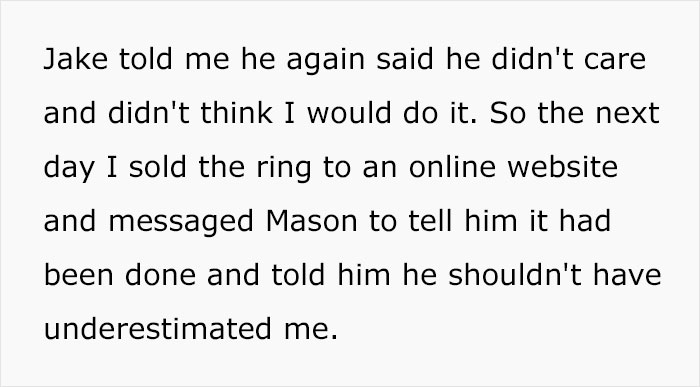 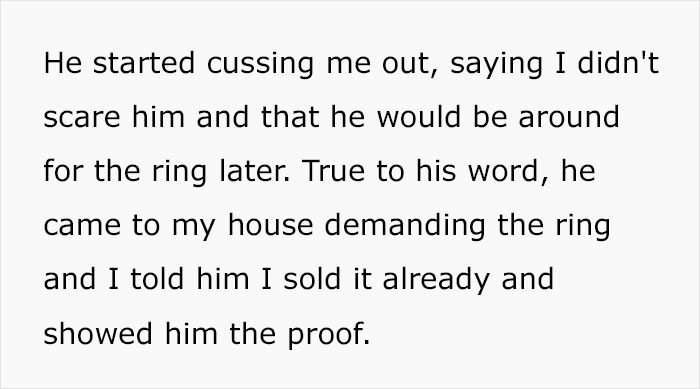 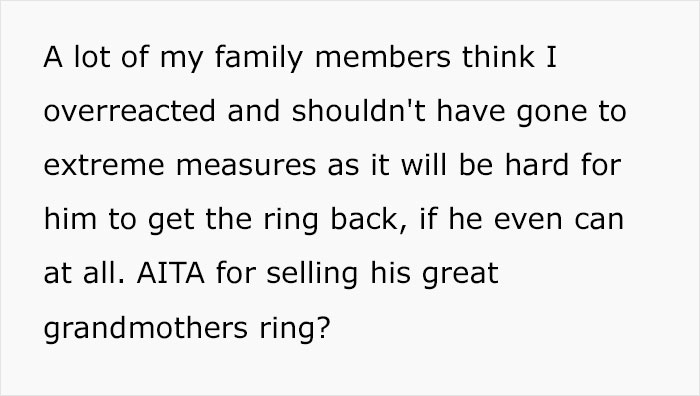 After calling off the wedding, the woman started second-guessing her decision to sell the engagement ring. Some Redditors commented that the author is NTA, saying that “if you don’t want to lose a valuable family heirloom, don’t give it to someone and then cheat on them.” Others really couldn’t decide, thinking that both partners were at fault here. However, many of them were truly concerned about the legality of it all.

According to FindLaw, the world’s leading provider of online legal information for consumers and small businesses, there are generally three ways that courts can classify engagement rings. The first would be to see it as an outright gift that cannot be recovered.

For that, there needs to be proof of the giver’s intent to give the item as a gift, the actual giving process, and the receiver’s acceptance of the ring. “In most cases involving revoked gifts (where all three requirements were shown), courts have held that the item involved was a gift, and the receiver got to keep the item,” they stated.

Lastly, there are times when an engagement ring can qualify as compensation. “For example, in one case, a woman had given her fiancé money and even labor to improve his business. In exchange for her money and labor, he gave her a valuable diamond ring and proposed marriage.” In such a situation, the court could award the ring to the receiver.

When it comes to family heirlooms, they are much more than just pretty knick-knacks. Giving back anything that holds special sentimental value is generally the right thing to do. “Family heirlooms don’t grow on trees,” etiquette expert Lisa Grotts said. “They’re not given lightly and pose a whole different meaning to a traditional engagement ring.”

Nick Leighton, also an etiquette expert, added: “There’s not a world in which it’s okay to keep an heirloom.” Even if the bride-to-be wasn’t at fault for ending the relationship, the ring was in her ex’s family for generations—this item was important not only to the cheating fiancé but also to other members of the family.

However, the situation varies from couple to couple. It’s is not always crystal clear who is the lawful owner of the gift, and then there are different approaches by the courts. If you find yourself in a similar situation, you could try meeting with a family law attorney for advice or if you want to see a state-by-state breakdown of who gets to keep the ring, you can find it right here.

Some Redditors were very supportive of the woman, thinking she’s NTA in this situation 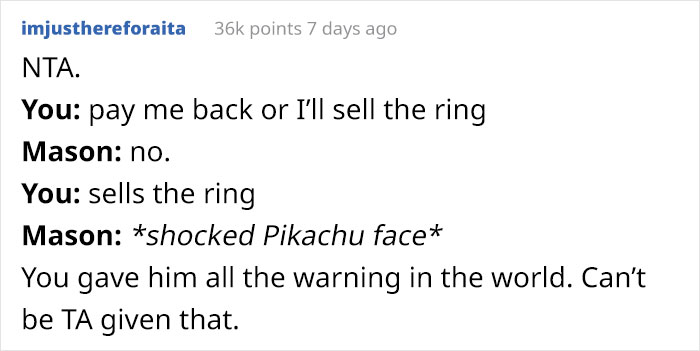 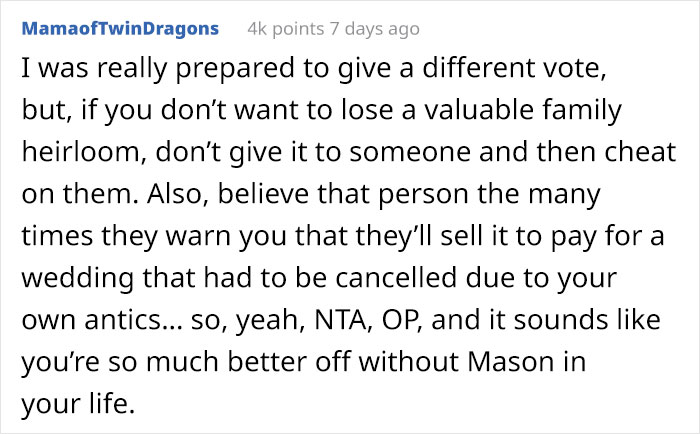 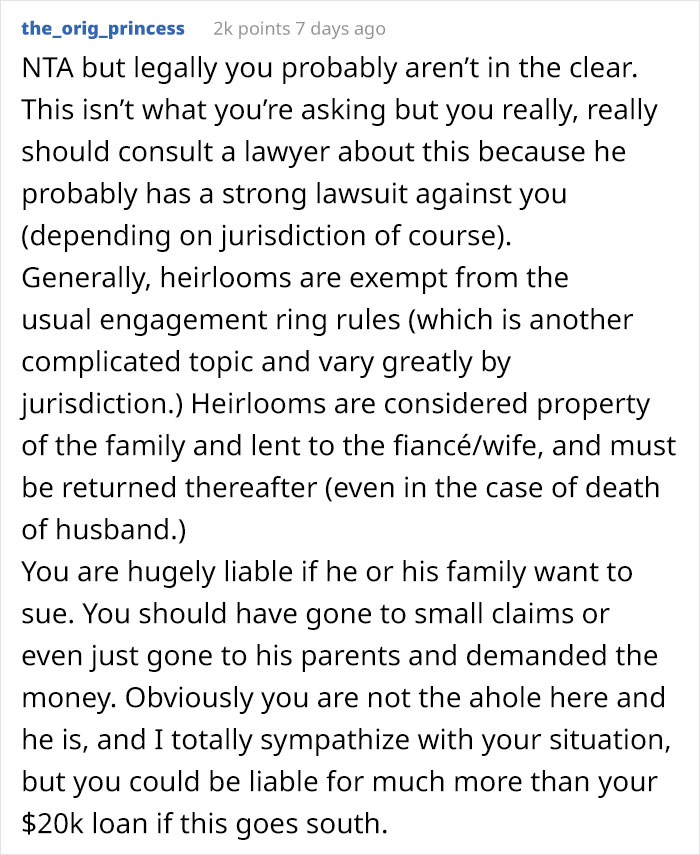 However, others were on the fence, saying that both partners acted like jerks 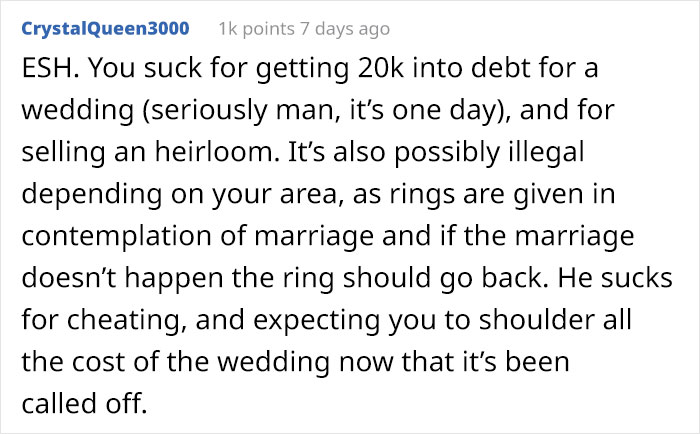 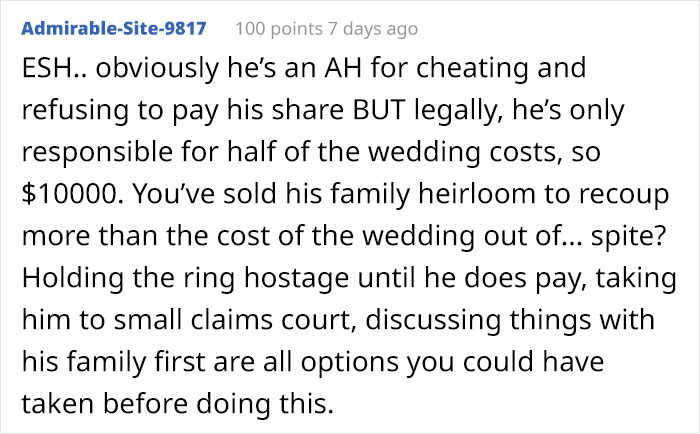 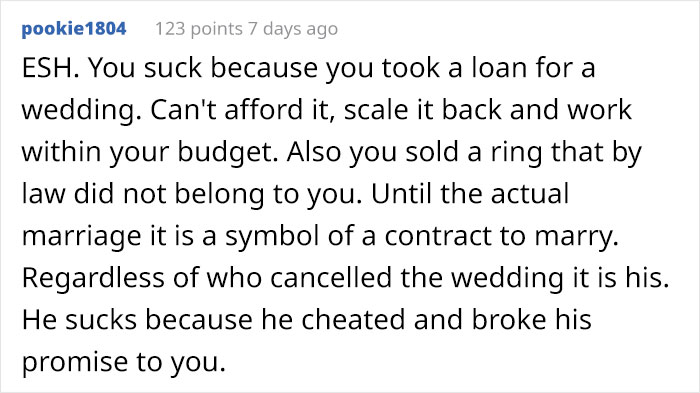 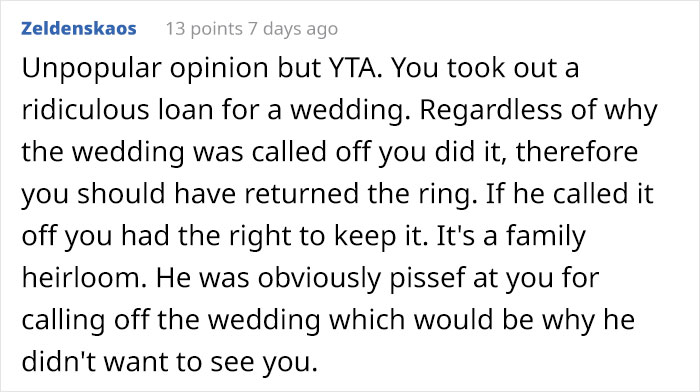