It’s too late for Chevrolet to steal any of the Ford Lightning’s…thunder, but Detroit’s #2 truck manufacturer has at last responded by unveiling their own electric pickup. Interestingly, Chevy’s forthcoming Silverado EV has taken a very different design approach from Ford’s. 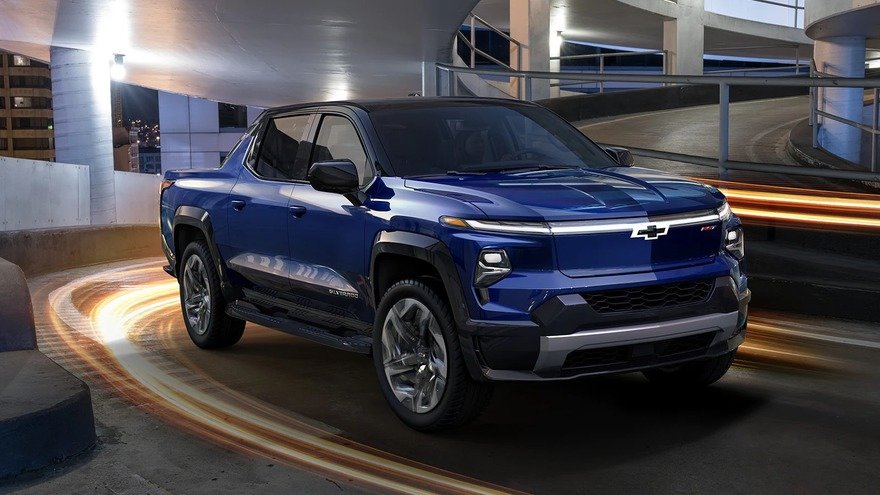 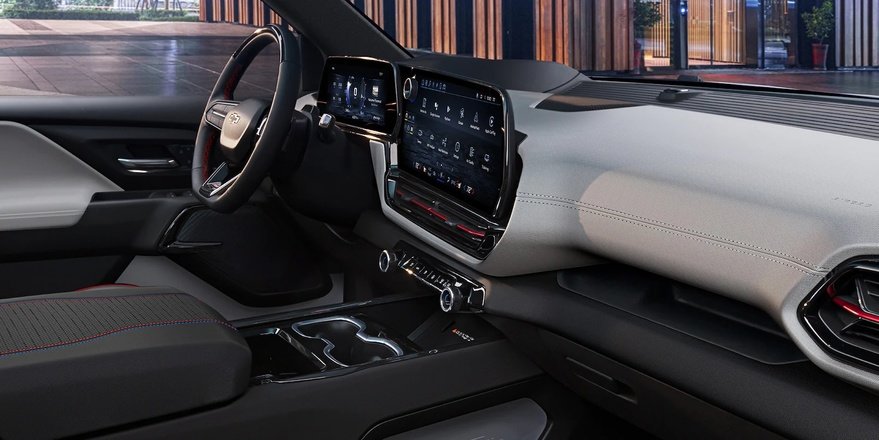 For its first foray into electric pickups, Ford played it safe by designing the Lightning to look just like a regular F-150. I feel this was smart; the familiar F-150 is the bestselling vehicle in America—they sell over 2,400 of them every day, which is more than 100 trucks an hour, 24-7, 365–so why alienate the base? Ford’s reward was to reap nearly 200,000 reservations for the Lightning.

Chevy, on the other hand, has designed the Silverado EV to look different from its gas-guzzling sibling, perhaps in a bid to attract the non-truck-person Rivian crowd. Puzzlingly, they’ve added one design feature that reduces its functionality as a truck (backing up the Rivian theory) and two design features that increase its truck utility.

The negative feature (in my opinion) is the swept-back C-pillar: 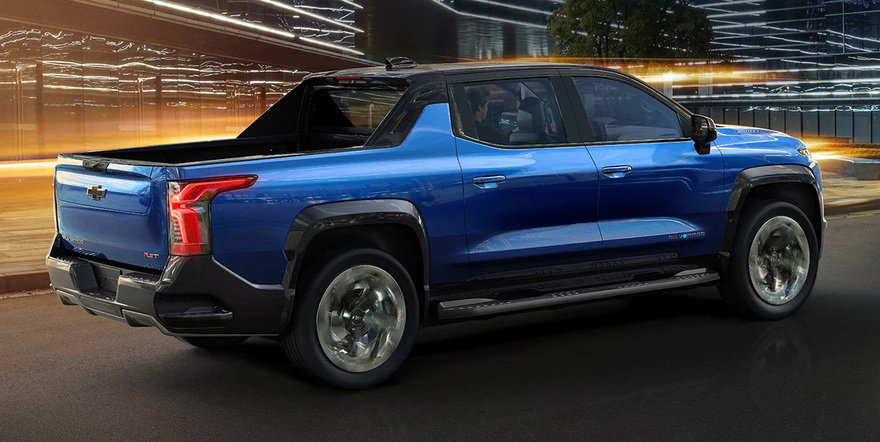 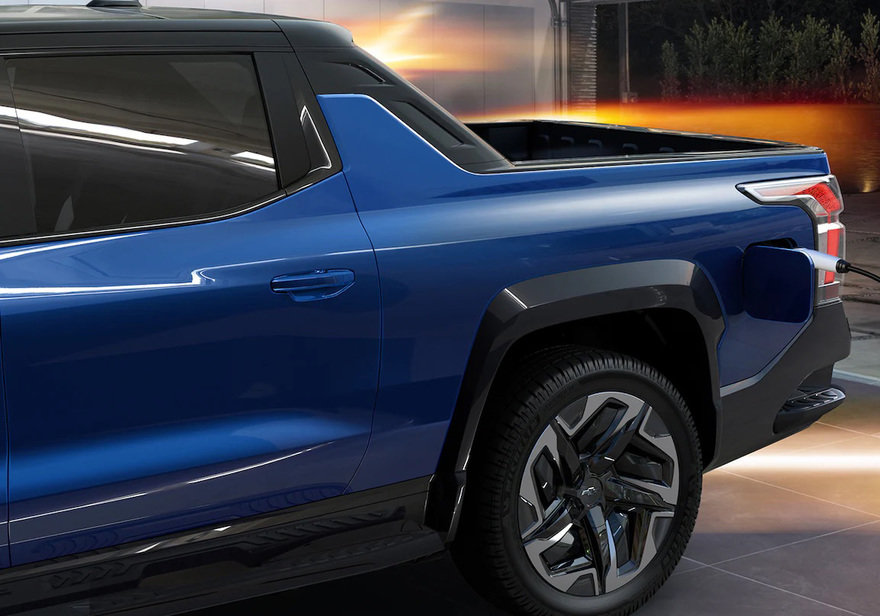 Blocking off that corner of access to the bed makes no sense to me–if this vehicle is meant to be used as a truck. That’s the area of the bed where you often reach over the sidewall to access the tie-down points nearest the cab. It’s also the location where you’d add a truck toolbox, which you could not do with the Silverado EV. Those extra fins will also reduce rear visibility. In short, I feel they add nothing but style, and the worst kind of style, which is style that reduces function.

In contrast, they’ve added two positive and utility-increasing design features to the bed. The first is the Multi-Flex Tailgate we first saw in the GMC Sierra. To refresh your memory, the tailgate can be used as a material stop at two different heights, or as a stairway into the bed. 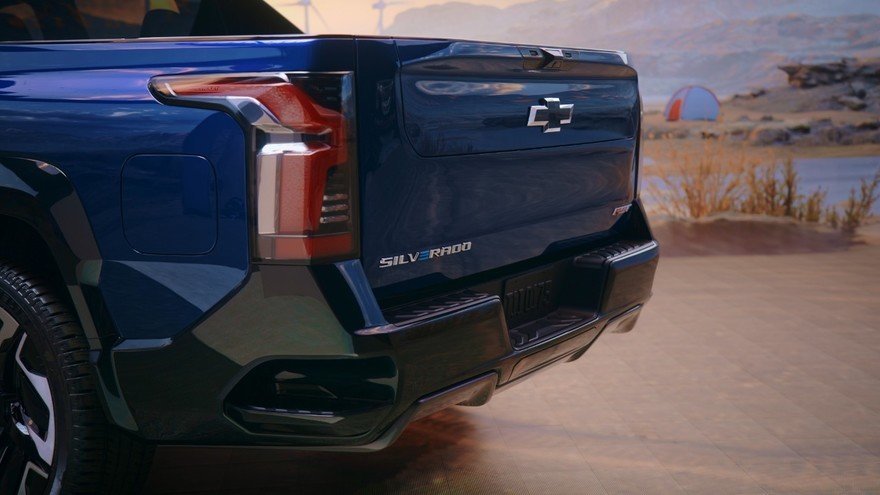 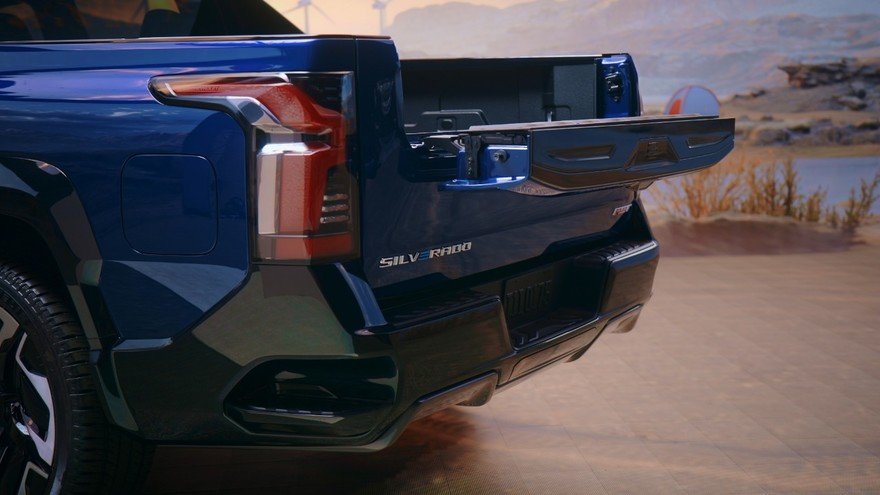 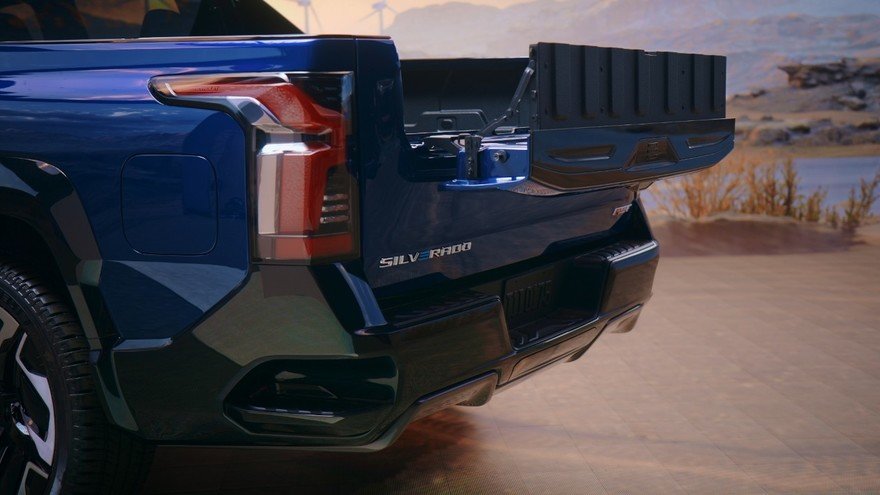 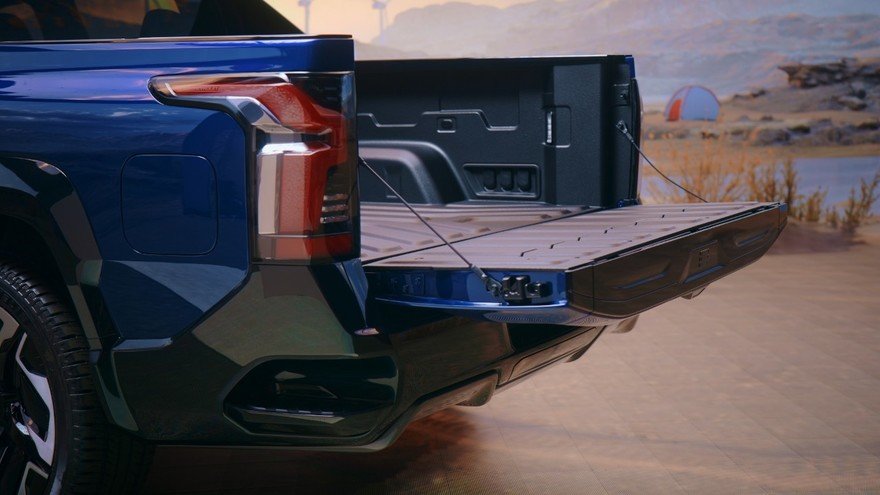 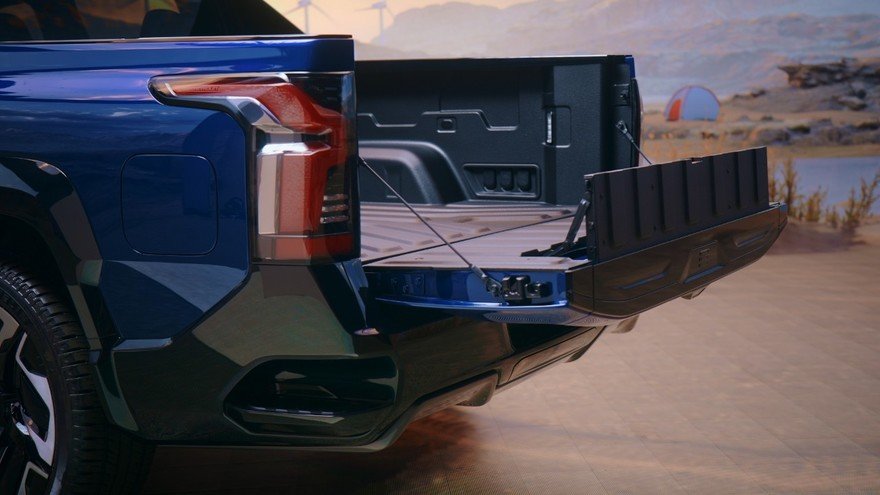 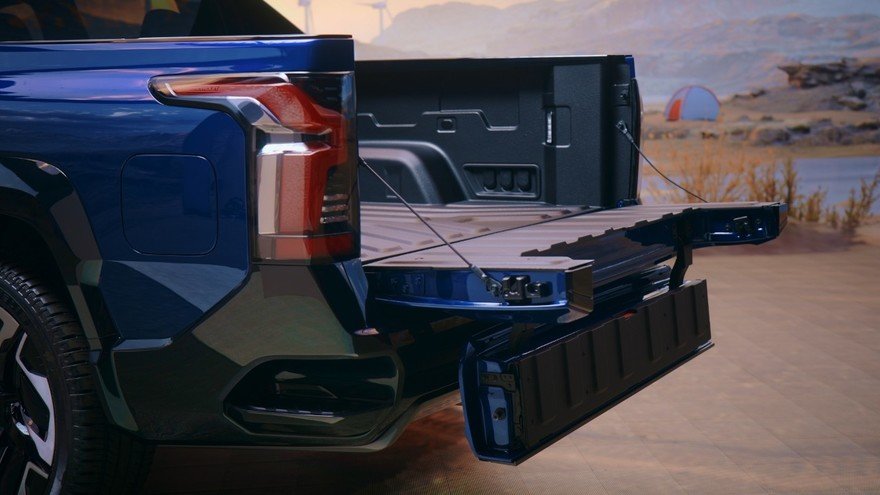 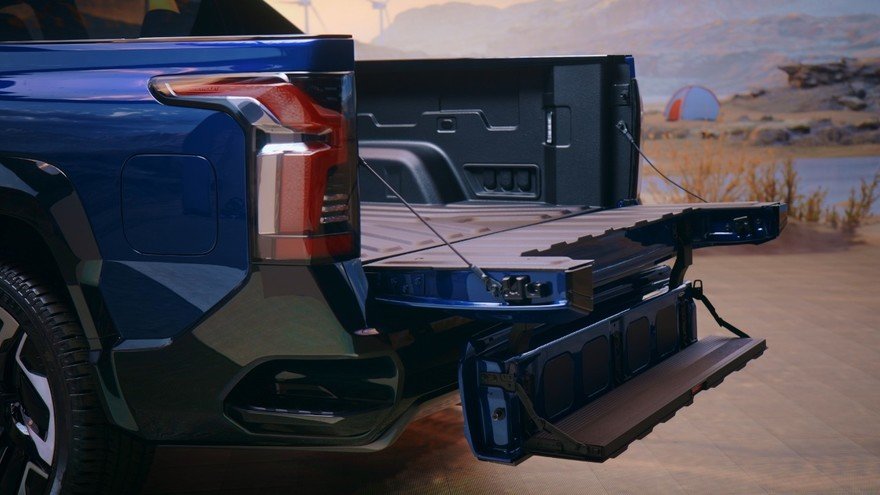 The second positive feature is one I find highly desirable: a Multi-Flex Midgate. By flipping the rear seat bottoms forward… 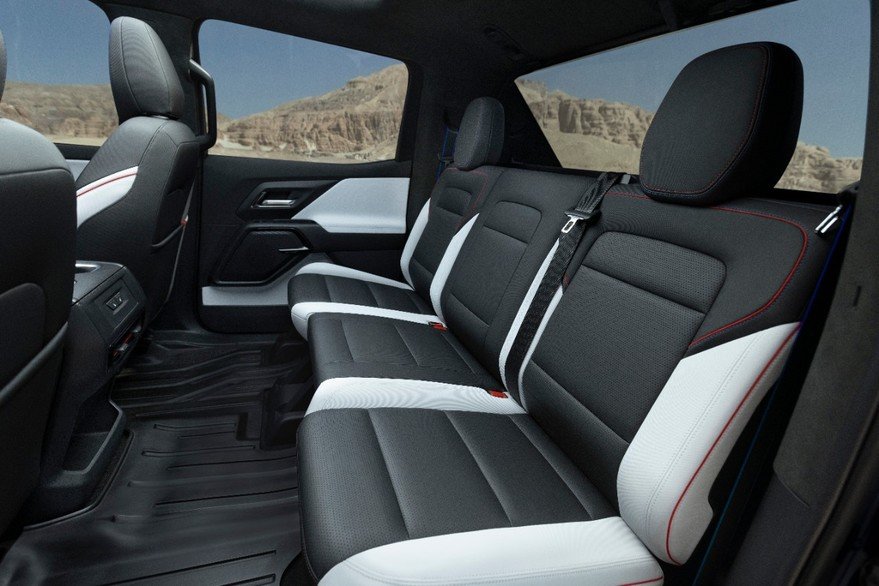 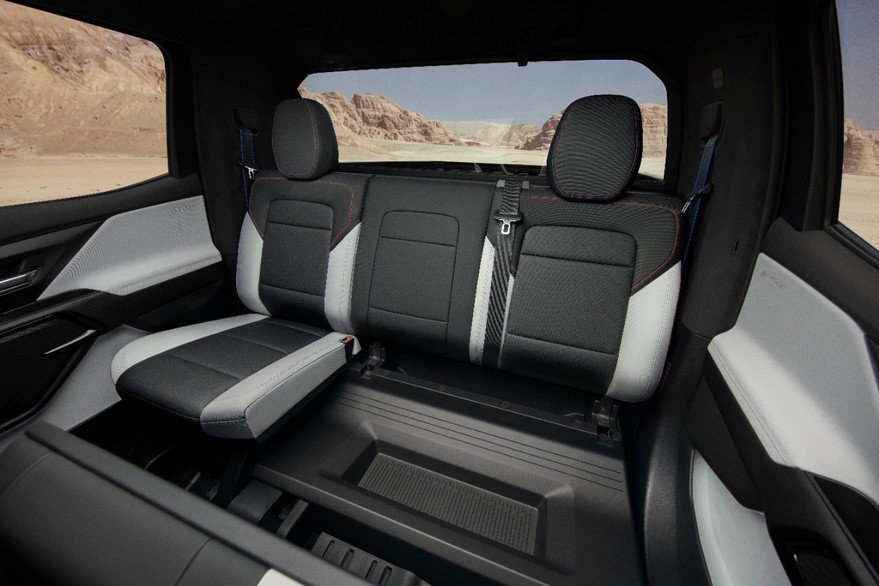 …you can then fold the seatbacks down and access the midgate, i.e. the rear wall of the cab, and fold that forward into the cab: 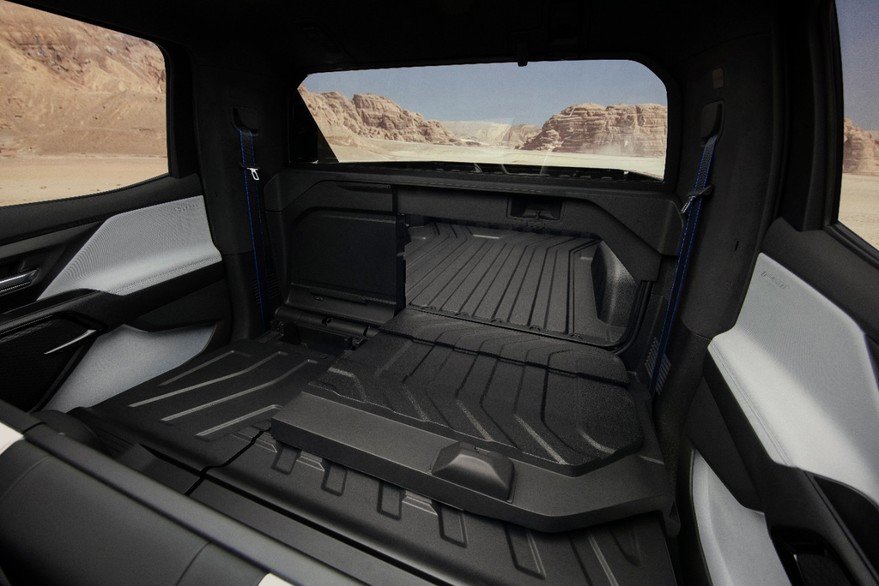 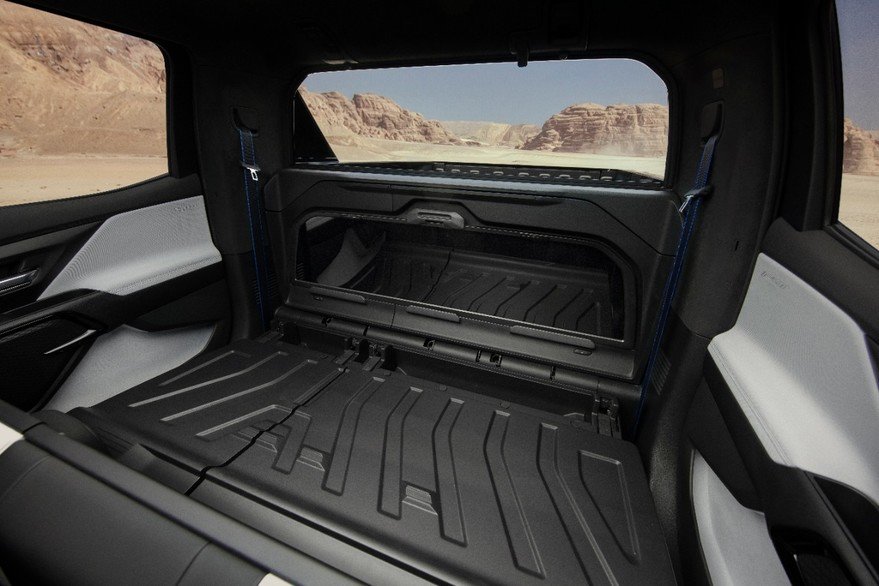 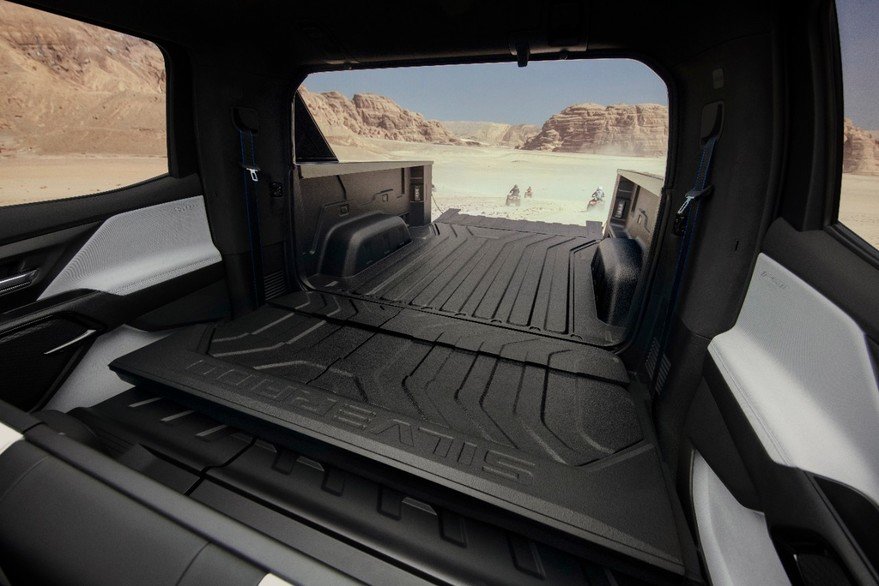 This increases the 5’11”-long bed to provide over 9 feet of storage length. And if you fold down the tailgate and use the material stop, you’ve now got 10’10” in length available. 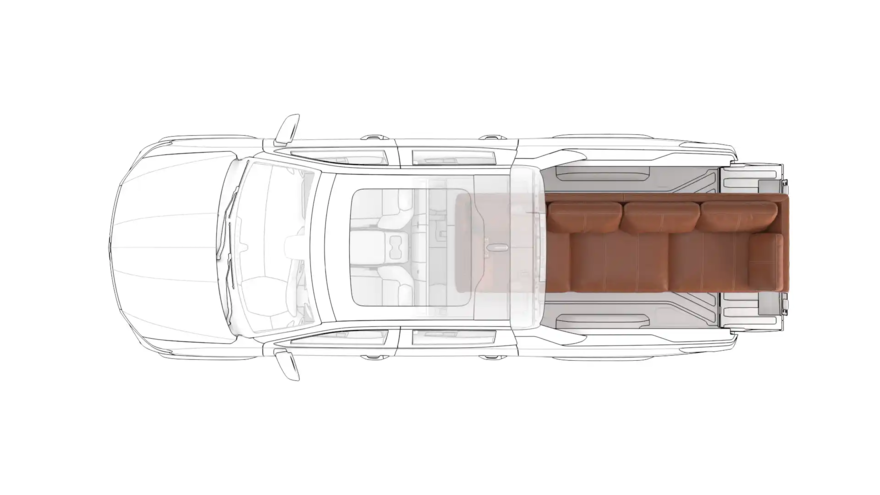 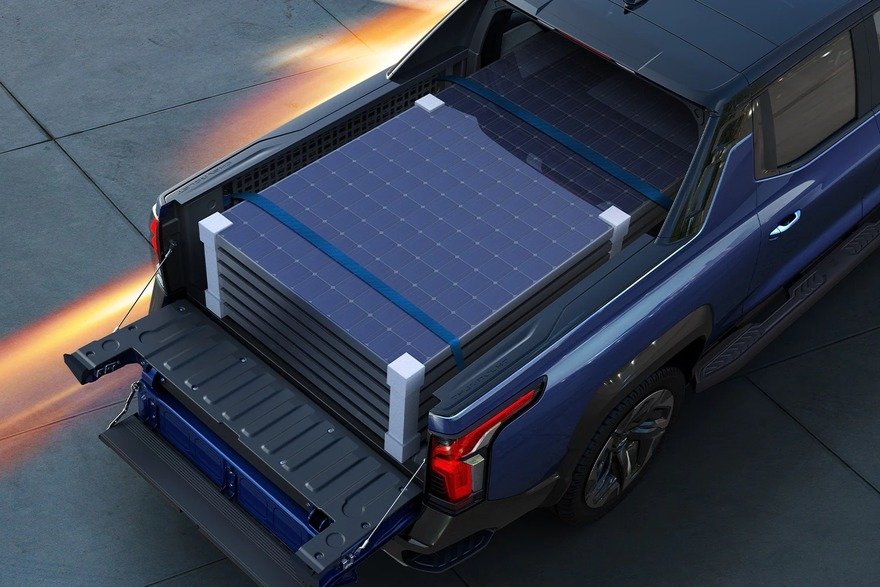 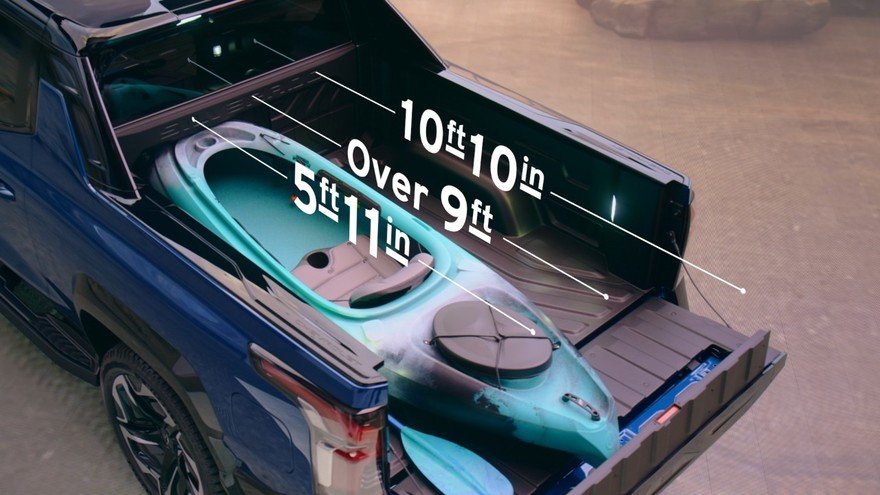 Because the midgate is split 60-40, you can still haul long goods while carrying one rear-seat passenger (as long as they don’t mind the open-air experience). 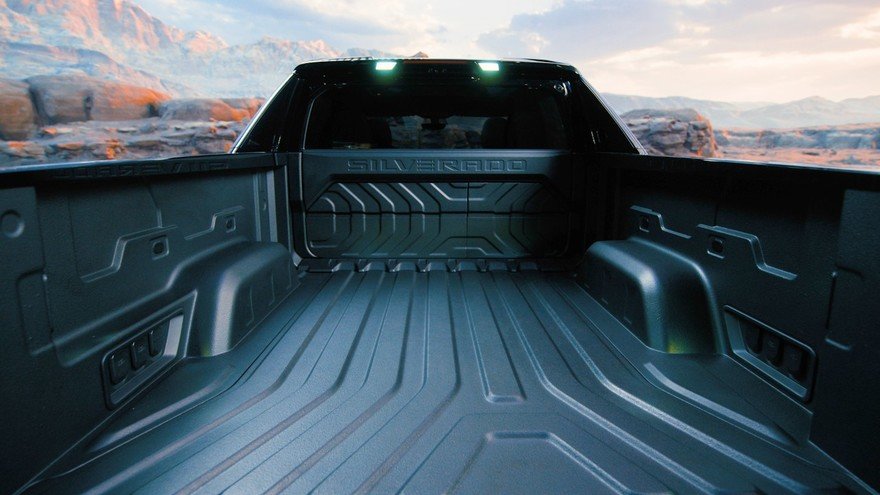 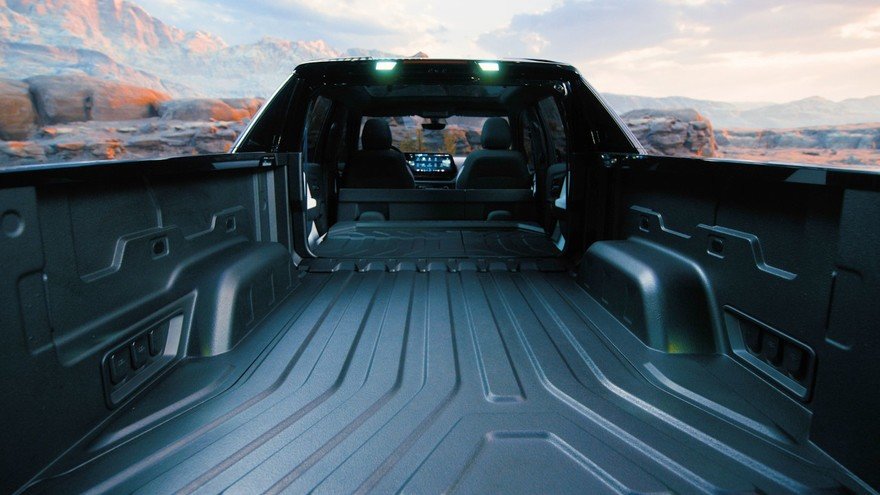 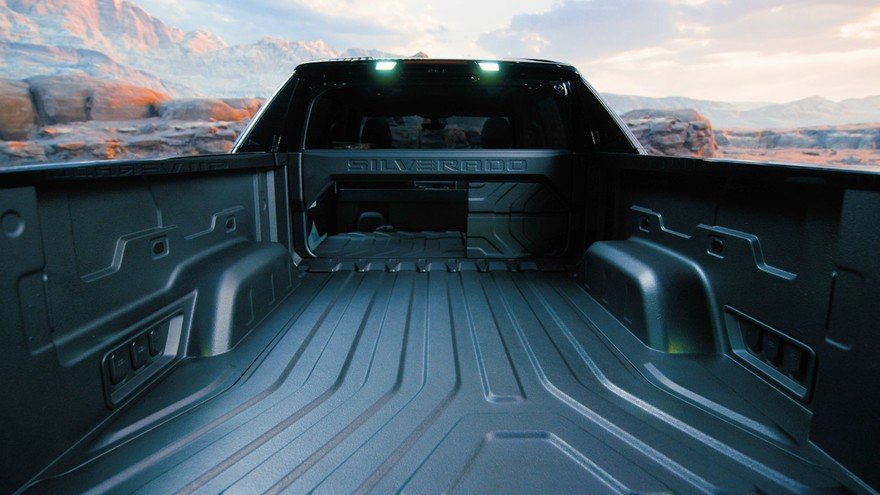 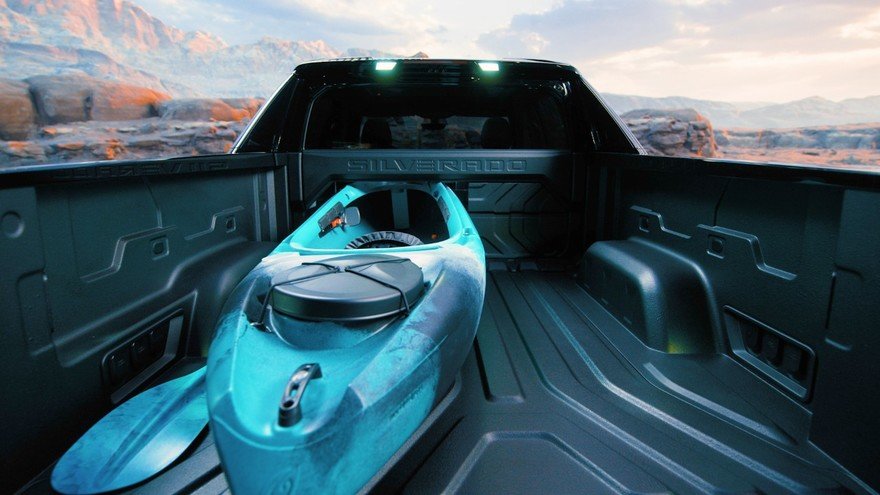 And this being an EV, there is of course a frunk. Chevy hasn’t released the cubic footage of it, so I’m guessing it’s either not huge or they’re still working it out. 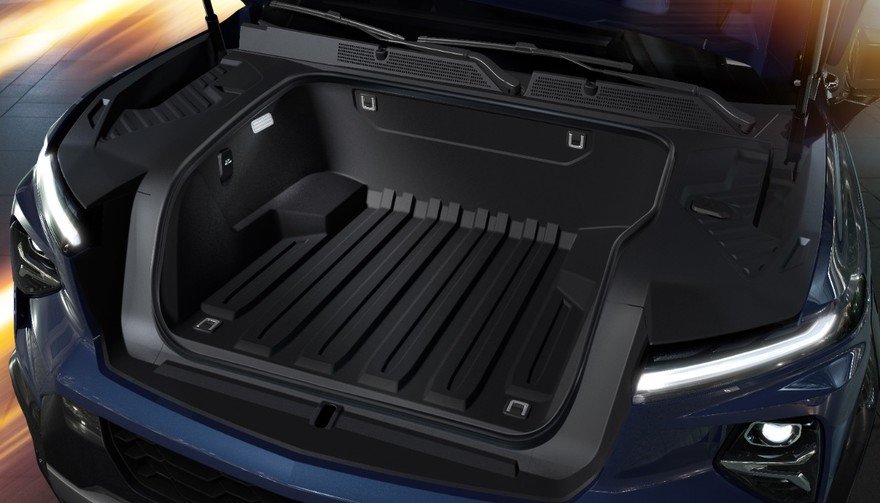 I say “still working it out” because the Silverado EV is forthcoming—way forthcoming, as in 2024.

Here’s the release video with all of the truck’s stats: