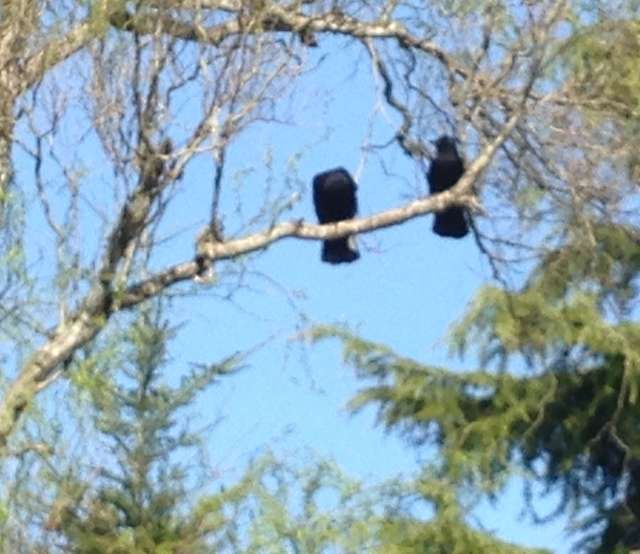 Stuart Dahlquist never expected that he’d have crow friends who would follow him along as he takes his walks. He never thought he would be friends with the black birds.

“This particular family of crows has been hanging around our house I’d guess about four years,” Dahlquist told The Dodo. “They had nested in a large Douglas fir in the front yard and we could hear the babies when the adults fed them.”

Dahlquist loved to listen to the excited chirping of the baby crows. But, one day he went outside and immediately realized something was wrong. Both chicks had fallen from their nest, and their parents were unable to help them.

“[The chicks] were almost able to fly, but instead were just running around the yard — their parents squawking,” Dahlquist said. “I caught the two of them and got them into a tree. I put some food and water underneath them in case they fell again.”

What a thoughtful guy.

The crows would remember Dahlquist after what he did (crows can remember faces, by the way).

See more about Stuart’s friendship about the crows and the crows’ gift to him at The Dodo.