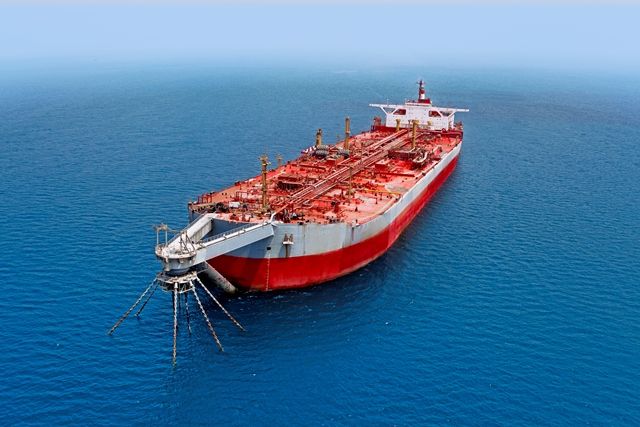 There is an abandoned oil storage vessel five miles off the coast of Yemen. The FSO Safer has been there unattended for half a decade. The vessel is packed with more than a million barrels of oil, and if Safer doesn’t get to leak volumes of oil into the sea, it may explode. The barrels of oil in the ship mix easily with water. If the oil in Safer leaks to the sea, it will not settle at the top or sink at the bottom; instead it will mix with the sea and endanger marine life. OpenDemocracy has the details:

“They consider it as a hostage and they want to keep it because they can threaten the coalition forces in the Red Sea,” says Yemeni economic researcher Abdulwahed Al-Obaly.

Al-Obaly is an employee of the Safer company. He says that the FSO Safer was due to be replaced by a land-based storage facility years ago but the project was never completed. By 2015, millions of dollars a year were being spent on maintenance costs racked up by the vessel, says Al-Obaly. He explains how the explosive gases that build up in the Safer’s storage tanks over time would periodically have to be vacuumed off. Since civil war broke out, little or no maintenance has been carried out.

“Any kind of ship that sits in the sea or moves around in the sea has to be regularly maintained,” says Laleh Khalili, professor of international politics at Queen Mary University London.

In the absence of constant sanding and painting of the hull, the Safer has essentially been left to rot. And while Prof Khalili notes that tankers caught in the midst of past conflicts in the region have been known to leak oil before, the volume of crude on the Safer puts it into a league of its own.

“That makes it a lot more of a concern,” she says.

The Houthi strategy of using the Safer as a bargaining chip is potentially disastrous. If gases on board were to ignite, experts fear they could cause a gigantic explosion deadly to any individuals or shipping in the vicinity at the time. Plus, the Red Sea is a particularly salty body of water, meaning that the Safer’s hull is corroding faster than it would elsewhere in the world.