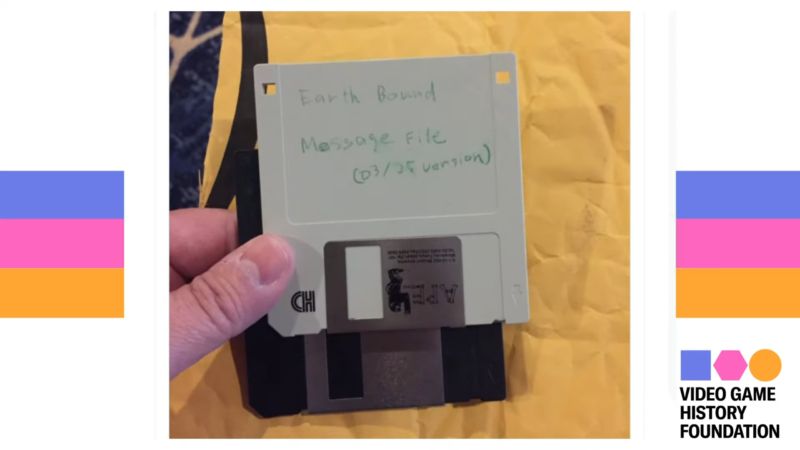 The Video Game History Foundation has finished its restoration of a single Nintendo-related, 3.5-inch floppy disk. This small storage device is an Earthbound disk, discovered by originalEarthbound translator Marcus Lindblom in 2018. Lindblom donated the disk for preservation to the institution, and they were able to recover a single file:

Longtime Mother/Earthbound series expert Clyde “Tomato” Mandelin, who famouslyco-translated Mother 3 as a free, fan-made patch for its Japan-only version, partnered with VGHF to parse the discoveries. His very long report on the findings is mostly wonky stuff for people who know the series like the back of their hand as opposed to a laundry list of shocking revelations.

Still, the findings include breadcrumbs to help fans understand how this text-heavy game was made and released, along with enough code-related discoveries to allow ROM hackers to recreate some of the unfinished scenes mentioned in the disk’s code and notes. (The disk doesn’t contain art, sprites, or textures, but the script contents are dense enough for VGHF’s ROM hackers to work with.)