Digital levels were once exotic and out-of-reach for your average contractor, but these days the prices have come down and even big box stores sell them. Still, they require batteries and some babying, so there’s still market demand for analog slant levels, also called inclinometers. These are usually made out of ABS for durability, and most have the same rough form factor and size; below we’ll go over some of the design differentiators.

The category is dominated by Japanese manufacturers. This Shinwa Blue Slant model has good legibility on the dial and a flat bottom, limiting it to flat surfaces. The faces are symmetrical, offering the same functionality to right- and left-handed users. 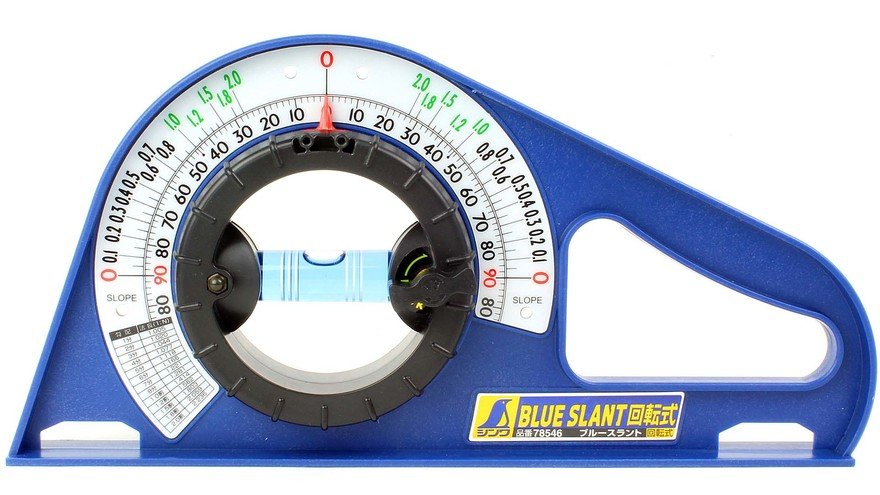 This Ebisu Diamond model trades off some legibility for comprehensiveness (it can do 360 degrees), and features a V-groove in the bottom, allowing one to use it on pipes and handrails. The dial allows you to adjust the angle of the bubble vial. It’s not symmetrical, and the rear side features conversion tables rather than the scale, so the left-handed may not find this one as easy to use. However, it has a useful feature the Shinwa lacks: A vertical edge, allowing it to be used along the short side as well. 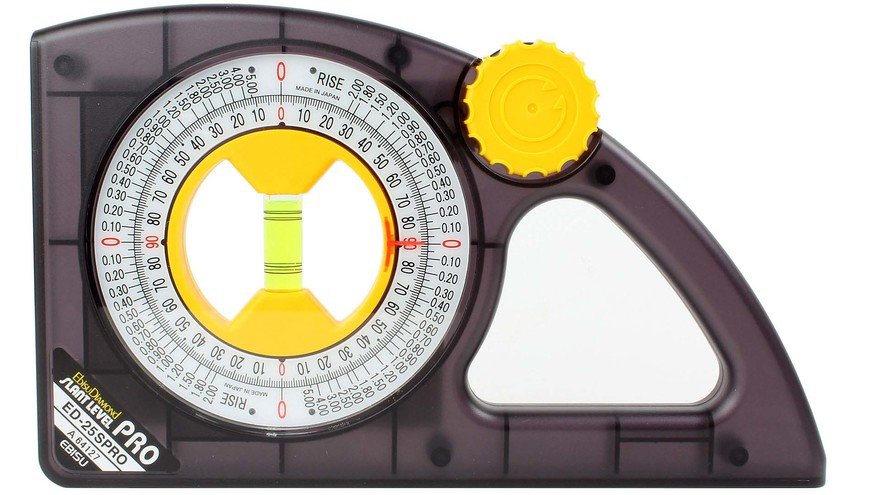 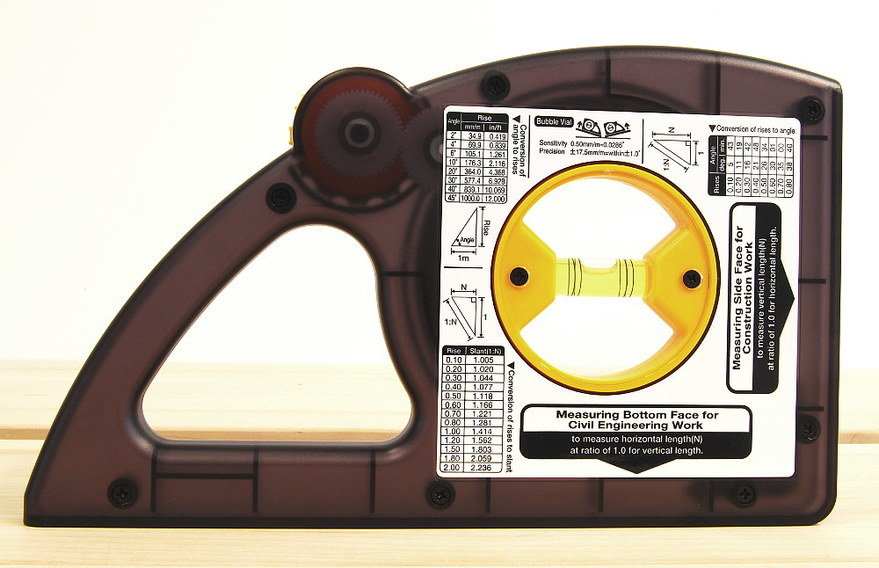 This bare-bones, lower-cost version of the Ebisu model has symmetrical faces but is limited to 90 degrees. It also swaps out the needle with a bubble in a curved vial, sacrificing precision. 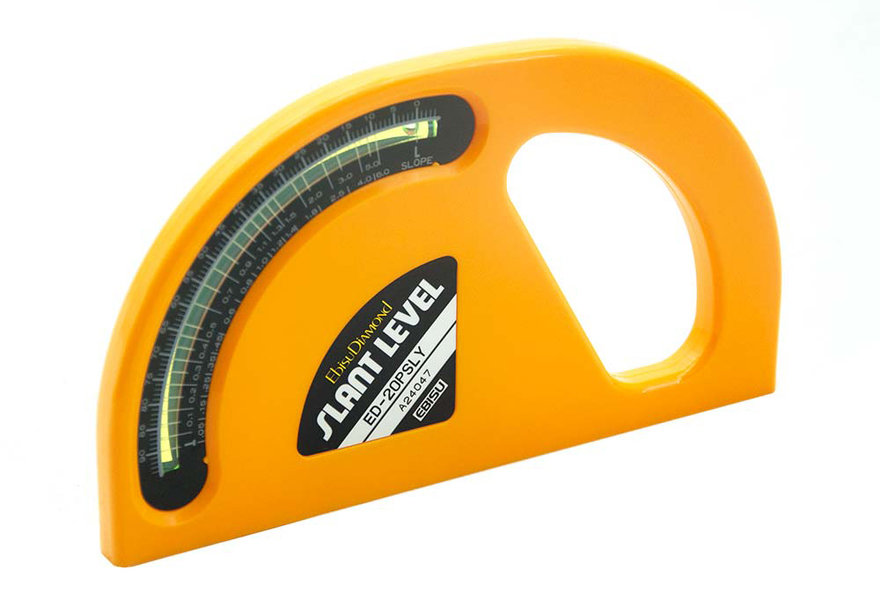 Shinwa also offers a lower-cost version of their Blue Slant, sacrificing the vial, but still offering a respectable 200 degrees’ worth of measurements. It is symmetrical.

The Tajima Slant 100 is the one I’d prefer. It’s got all of the features of the Ebisu Diamond, but the scale looks more legible to my eye—and while this shouldn’t matter in a tool, I do find it more aesthetically pleasing. It’s also got a magnet in the bottom, if you’re measuring metal surfaces. As far as I can tell, Tajima doesn’t offer a lower-cost version like the other two manufacturers. 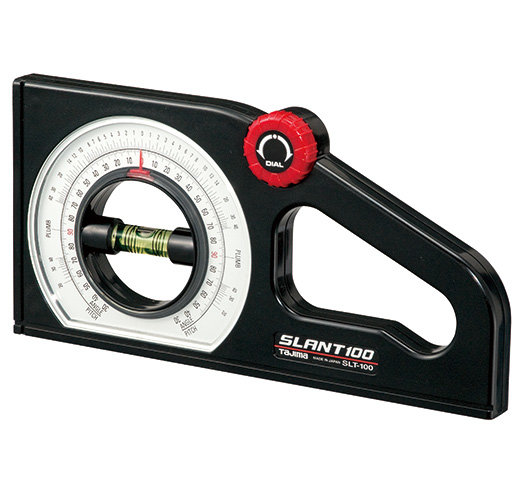 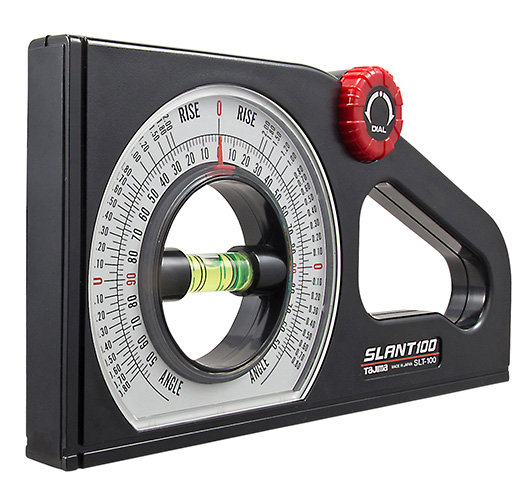 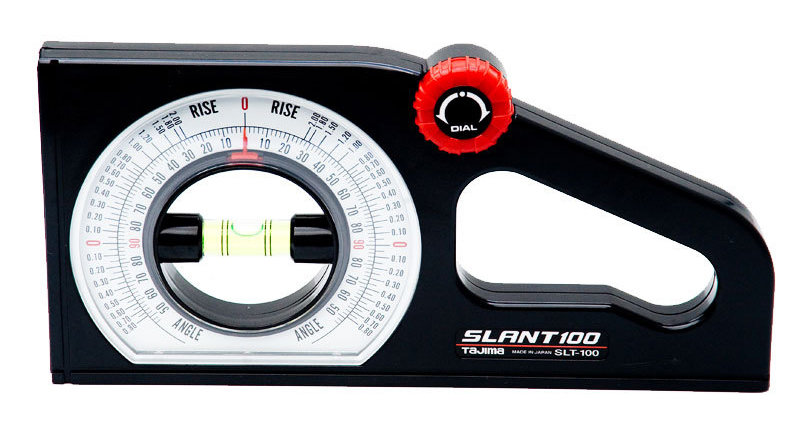 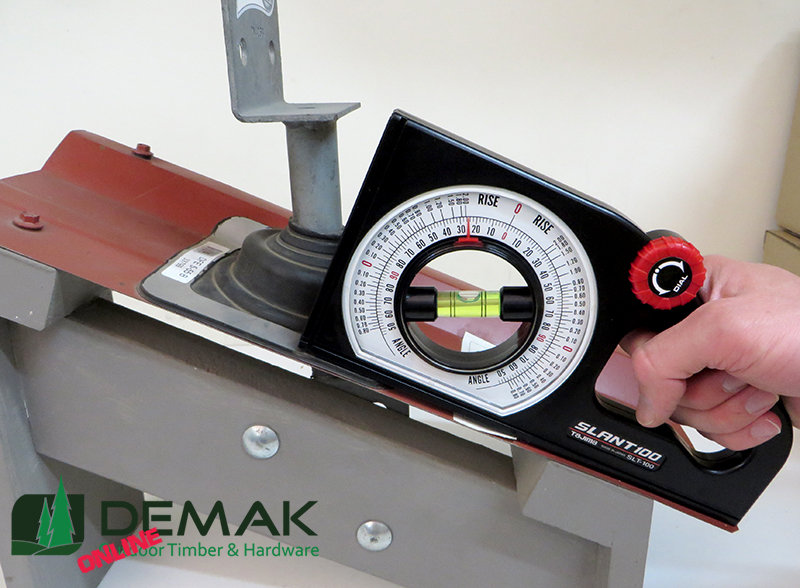 Prices seem to be all over the place depending on the seller, but I’m seeing the lower-cost models going in the $20 range, the better Shinwa and Tajima models in the $40-$50 range, and the better Ebisu in the $60-$70 range.