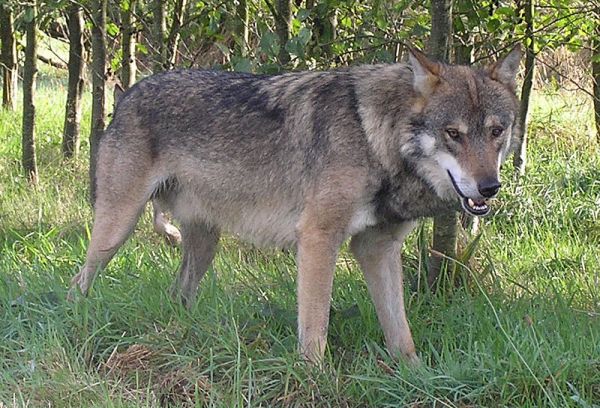 BBC News reports that there are about twenty wild wolves living in Hoge Veluwe National Park in the Netherlands. They have no fear of humans and one was recently recorded strolling next to a human family in the park. Park officials suspect that some people have been feeding them, which encourages them to seek out humans.

Since wolves are dangerous to humans, park officials would like to make them afraid of our species and avoid contact with us. So they plan to equip rangers with paintball guns to shoot at the wolves. The paintballs will teach the wolves that humans should be avoided, as well as mark which wolves have been shot.