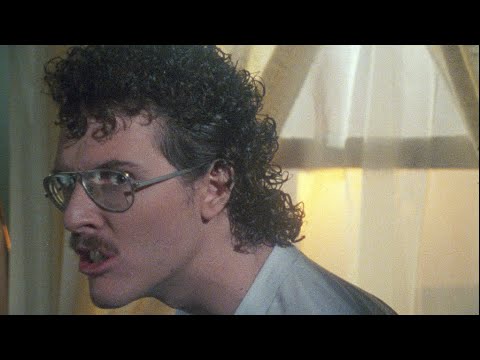 In 1984, Weird Al Yankovic released “Eat It,” a parody of Michael Jackson’s mega-hit “Beat It.” The official video for “Eat It” was a shot-for-shot remaking of Jackson’s video, only funnier. But it wasn’t the only version recorded. Recently, a friend of Yankovic’s came across a “B-roll” as he was digitizing footage of the video shoot. From Yankovic’s YouTube page:

Basically this is a take where the director just points the camera at the star of the video, who just does anything they feel like doing for the duration of the song.  It’s insurance, in case for some reason the production runs out of time and doesn’t get all the shots they were hoping to get. I’m pretty sure NOTHING from this take got used in the final video, but I still thought it was stupid/amusing enough to share.

Indeed it is. It’s basically three minutes of Yankovic playing with food as he lip-syncs, just as you’d expect. -via Digg