Whether we’re talking about signs or verbal warnings, some people just don’t get the message. Or, as it was with a man Reddit user Chef-231 had to deal with at one point, straight up refuse to.

A few days ago, the woman submitted a story to the ‘Pro Revenge’ community about an entitled guy who kept parking in an emergency vehicle spot at a grocery store where her friend worked as a manager.

The dude was being a real jerk about it too, dismissing all polite requests her friend made to get him to leave his car a few feet further away. Like a dog marking his territory, the man “claimed” it and wouldn’t let go without a fight.

So when the woman, who then worked as a firefighter, heard about the situation, she gave him one. 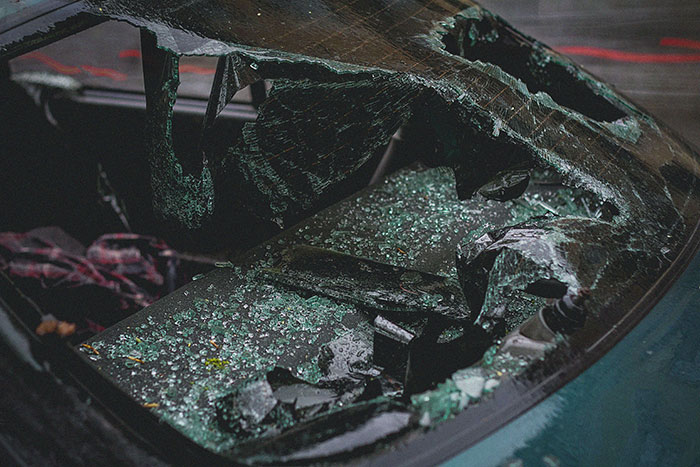 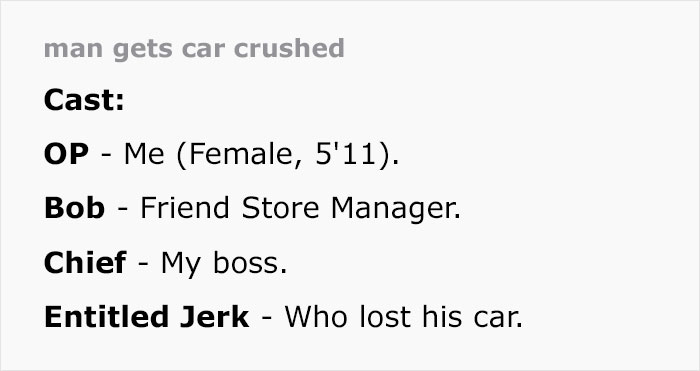 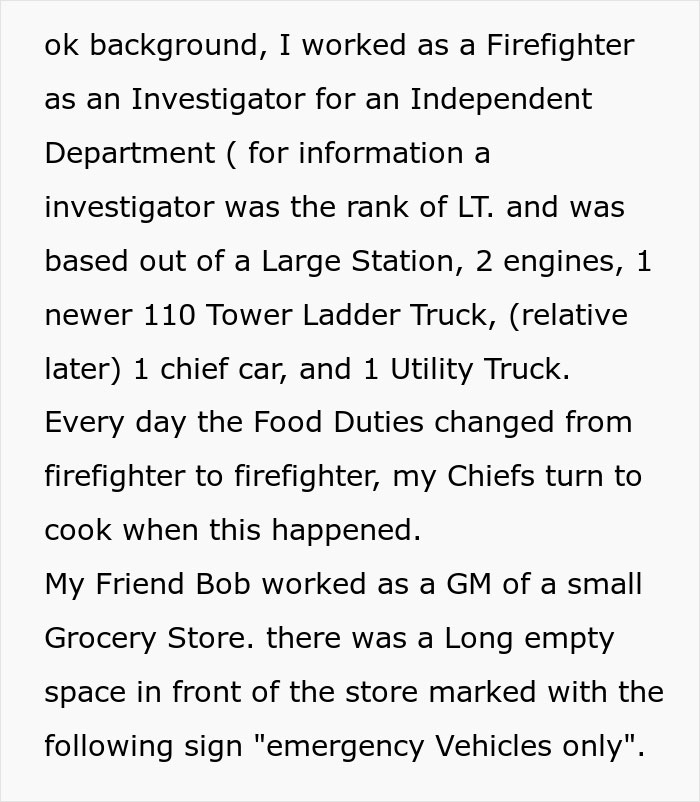 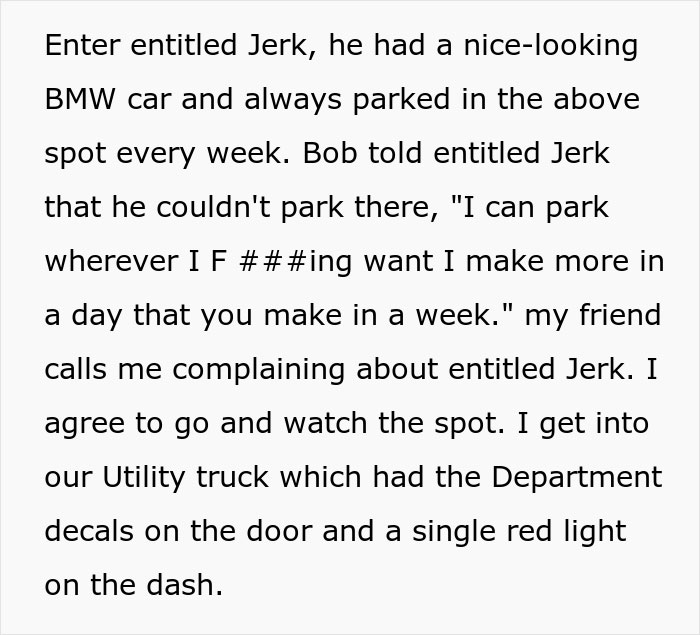 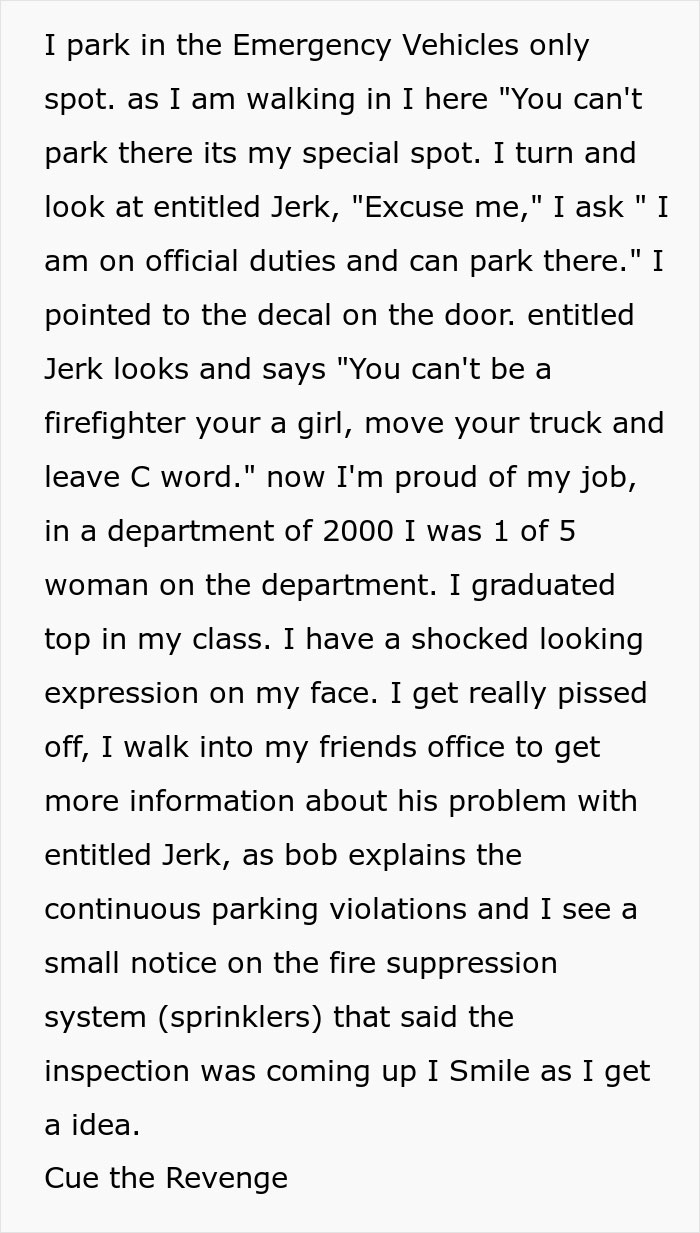 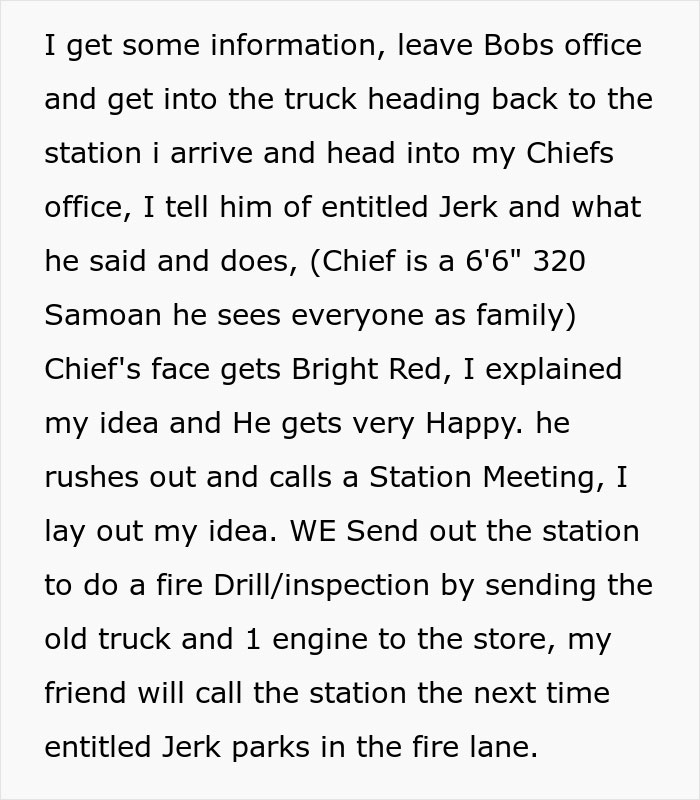 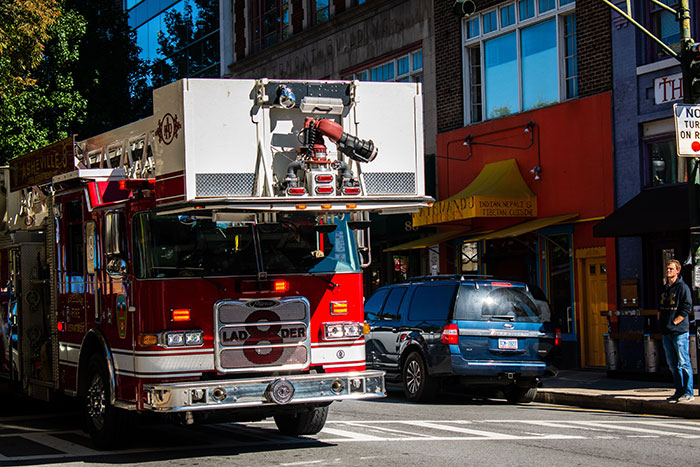 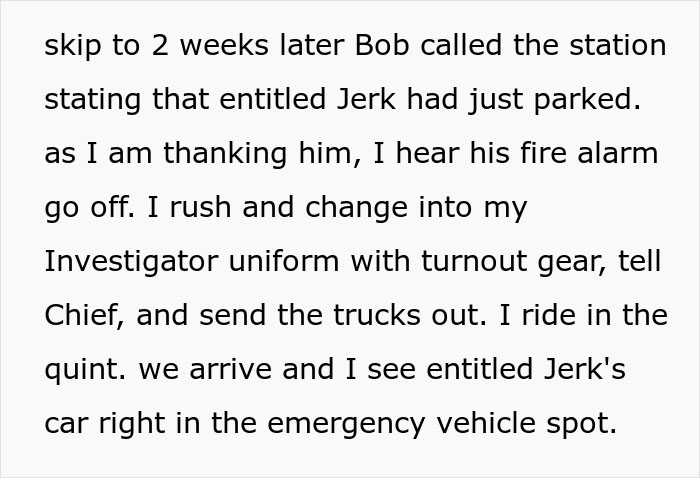 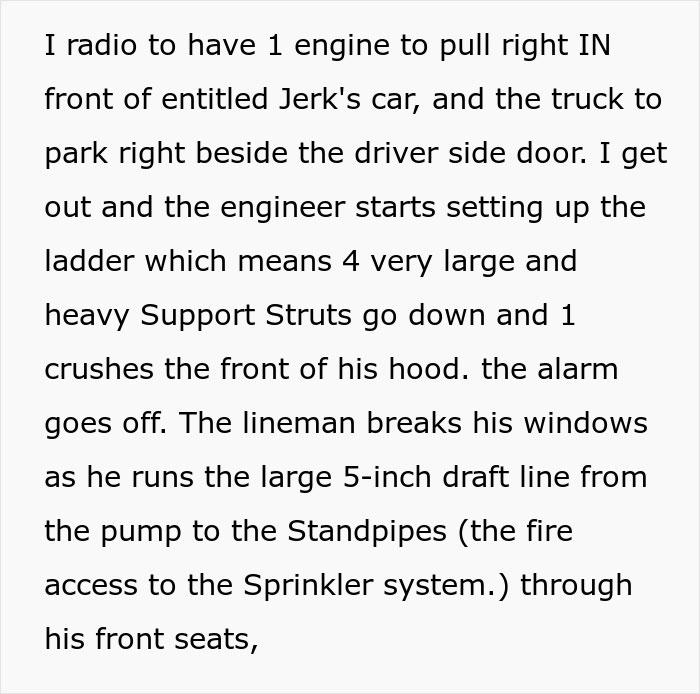 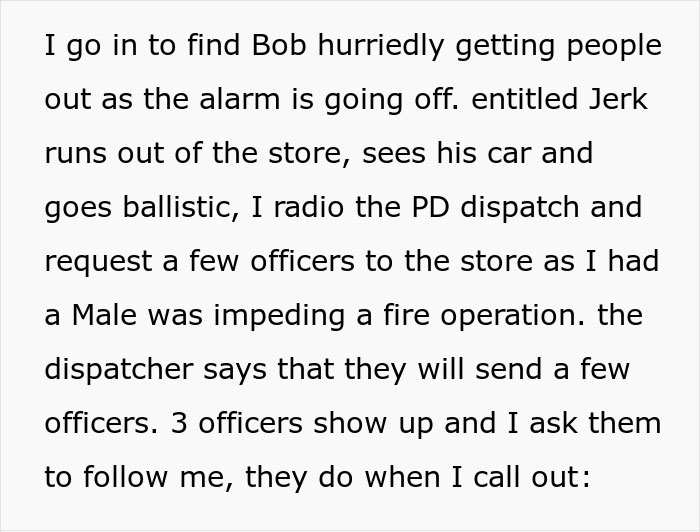 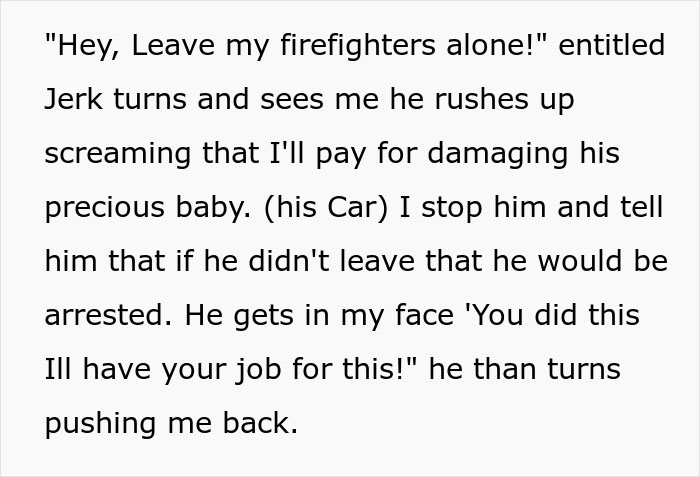 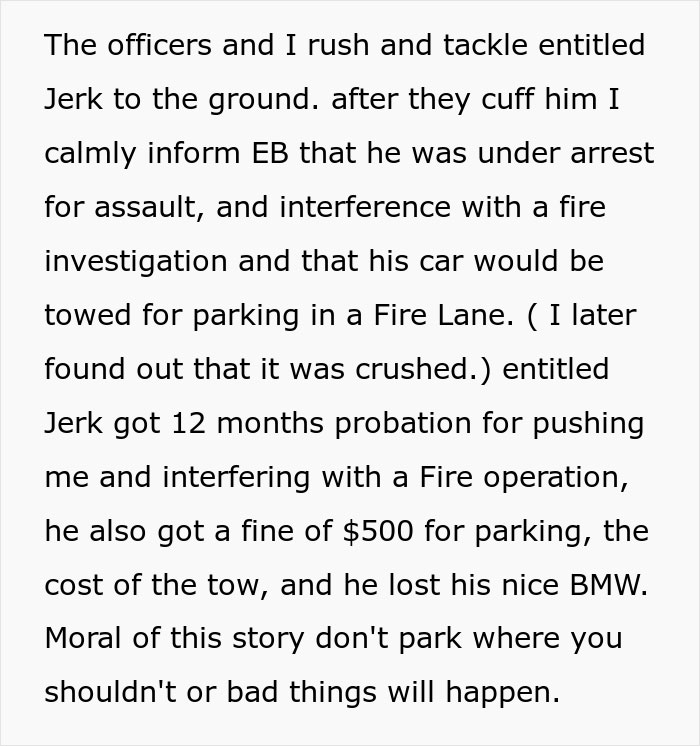 Jane Adams, Ph.D., who has been researching and reporting on how American families respond to social change for over three decades, describes entitlement as an enduring personality trait, characterized by the belief that one deserves preferences and resources that others do not.

“Like boundaries, we recognize entitlement chiefly by its effect on us: envy, anger, and frustration: ‘Why do they think they deserve it any more than I do?’ we wonder. And then, ‘Is it them, or is it just me?’” she pointed out in Psychology Today.

While this was a clear-cut case, under different circumstances we might mistake entitlement for a sense of self-confidence projected by competent, assured, and often charismatic others.

“Sometimes we confuse it with narcissism, with which it’s often associated, or self-absorption, which occasionally looks like the same thing,” Adams said, adding that a bit of a fleeting, situational rush of entitlement can actually be a good thing; it can increase creativity and lead to novel, unusual solutions to problems, the kind of out-of-the-box thinking that organizations and employers encourage.

“Whether deserved or not, a sense of entitlement enables people to think and act differently from others, and the more they do so, the more willing and able they are to generate creative ideas,” she explained.

According to a recent study, the average entitled person doesn’t follow instructions because they see them as unfair. “They would rather take a loss themselves than agree to something unfair,” said the authors, who correlated high scores on entitlement measurements with difficulty complying with the ‘rules’ of the experimental task.

Attempting to understand why students ignored them (selfishness, control, or punishment), they found that fairness was actually the primary reason.

“When people feel entitled, they want to be different from others. But just as frequently they come across as indifferent to others. That’s why they often provoke such negative responses in those they encounter, especially those they don’t personally know,” Adams said.

However, people change. So given the fact that this happened 15 years ago, maybe the BMW owner became a better man too?

People were happy to hear the jerk got what he deserved 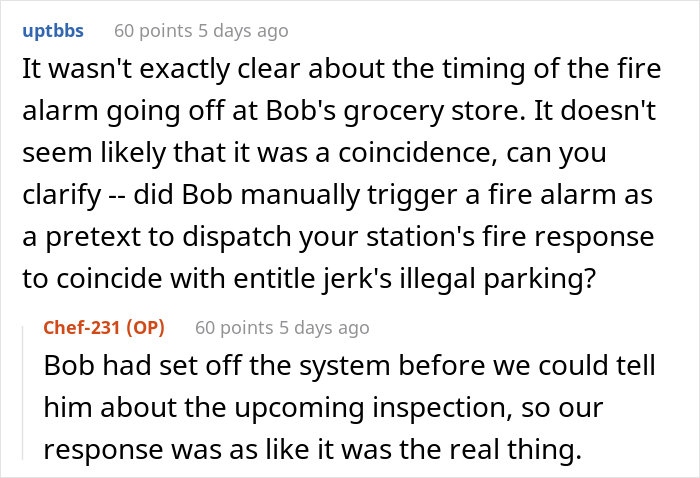 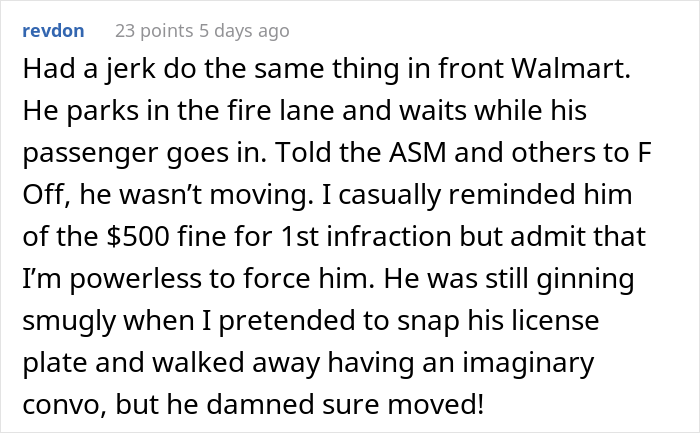