Your parents won’t always be there for you. At some point, you just have to take responsibility for yourself. But one woman still hasn’t figured this out—despite being in her 30s.

Last week, Reddit user BadGrandmother submitted a post to the popular ‘Am I the [Jerk]?‘ community, asking its members to share their take on a recent conflict the woman had with her pregnant daughter.

It basically revolves around the two of them disagreeing on who should raise the baby, but that’s me oversimplifying the situation; everything’s much more nuanced. So continue scrolling to read what happened and give your take in the comments. 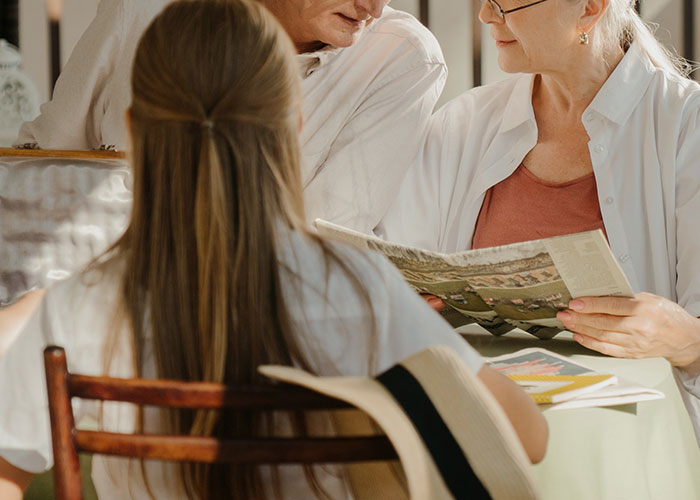 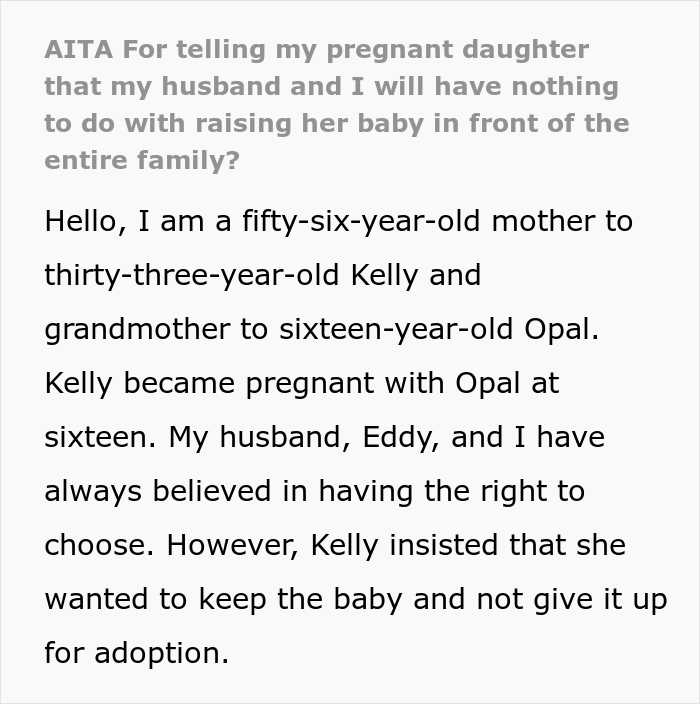 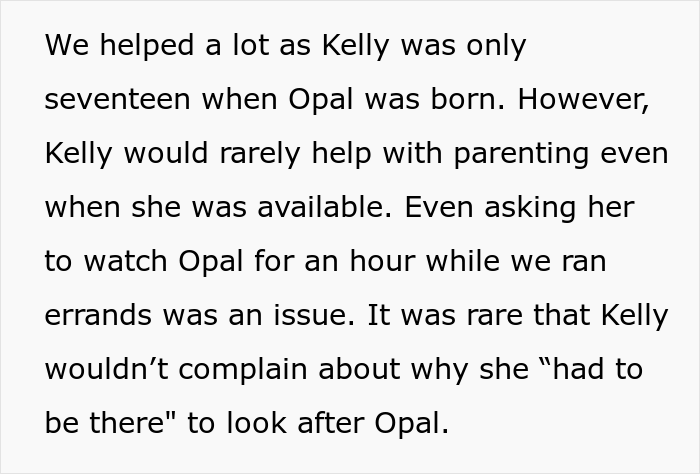 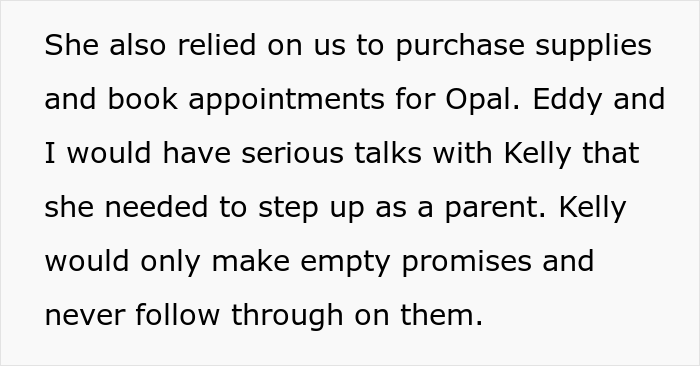 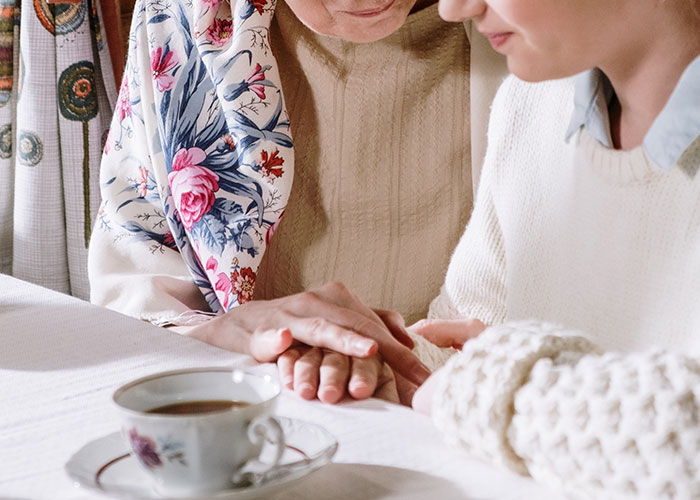 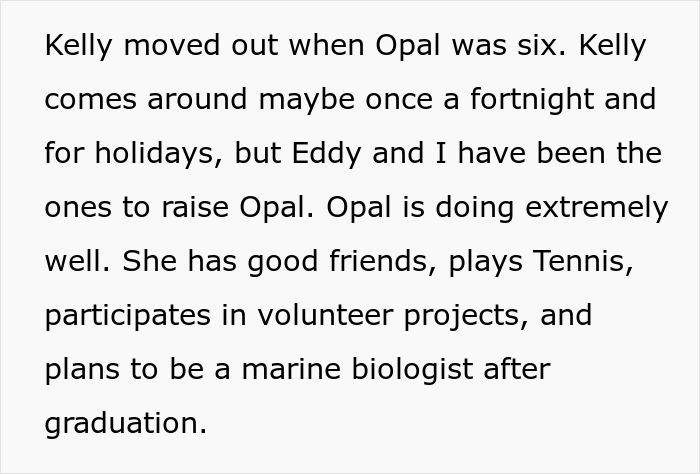 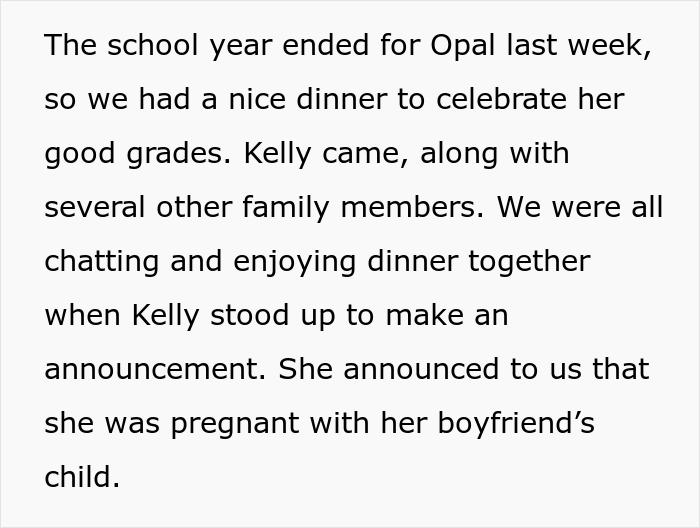 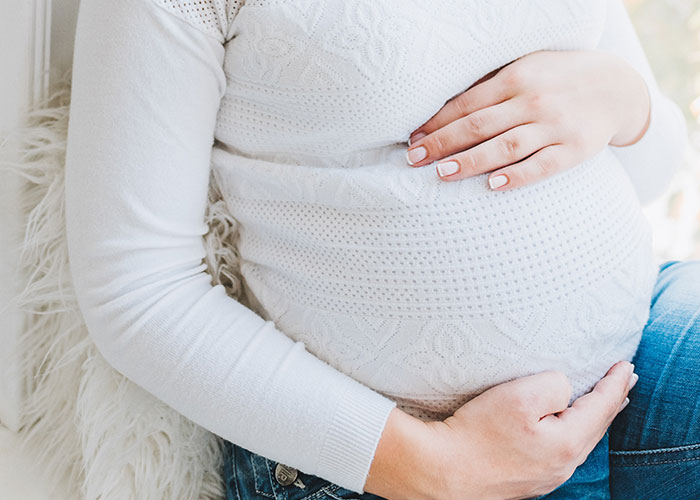 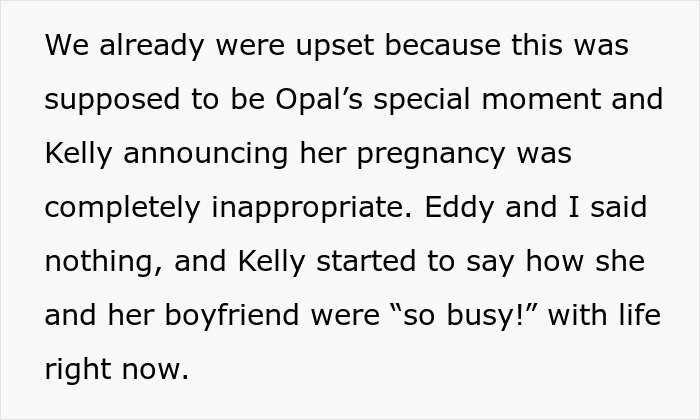 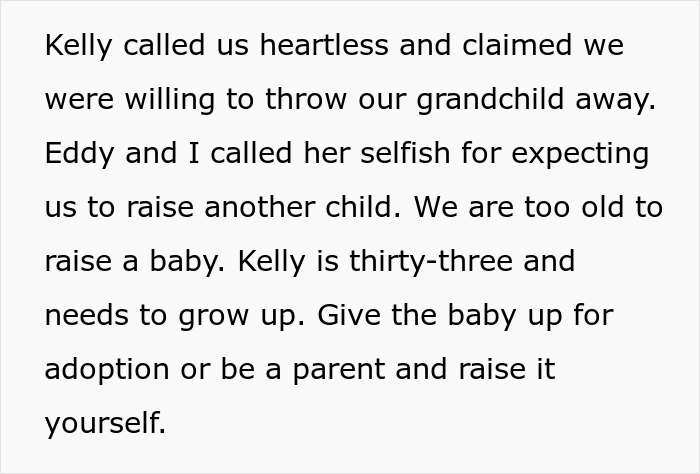 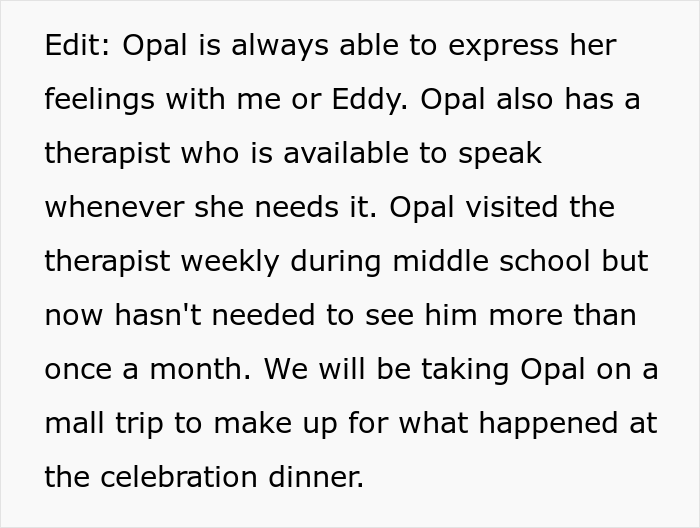 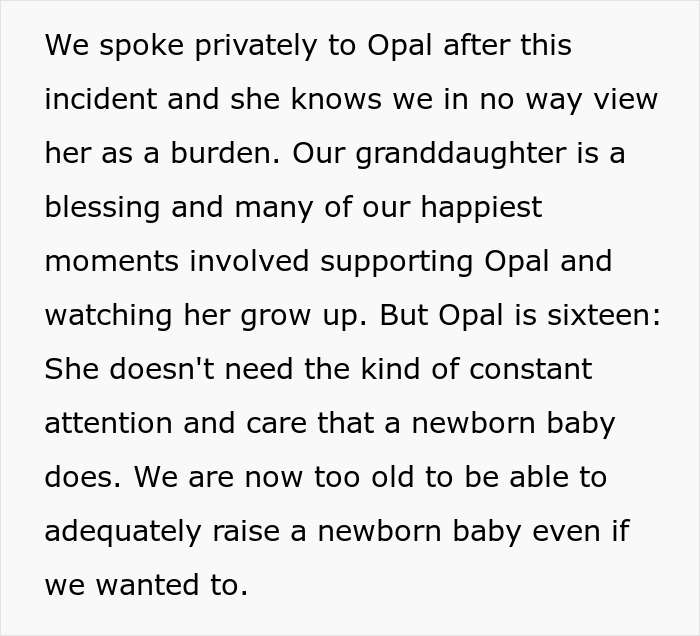 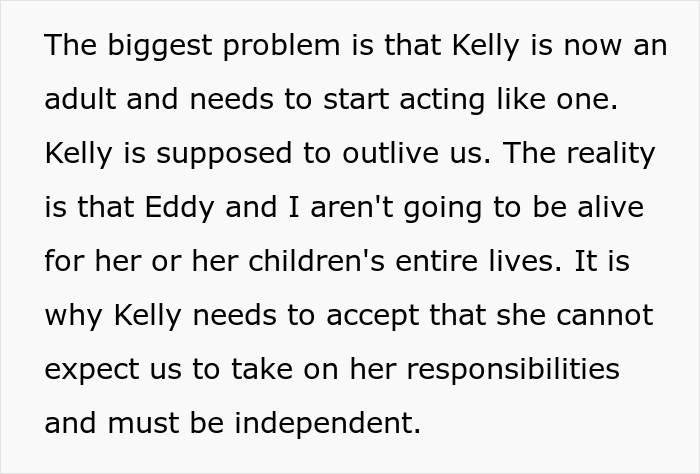 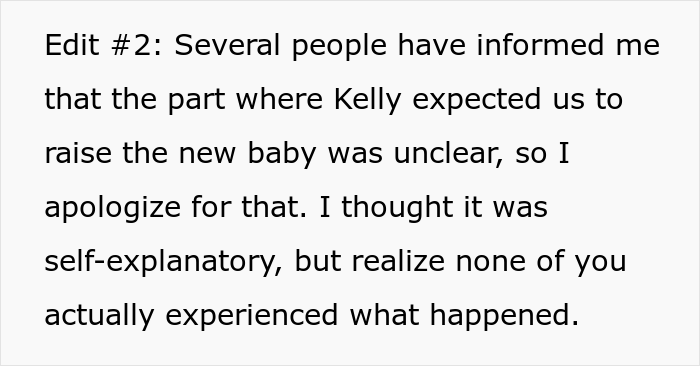 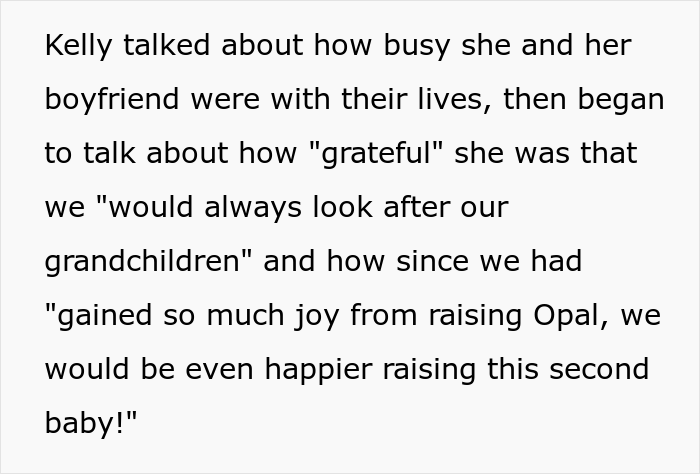 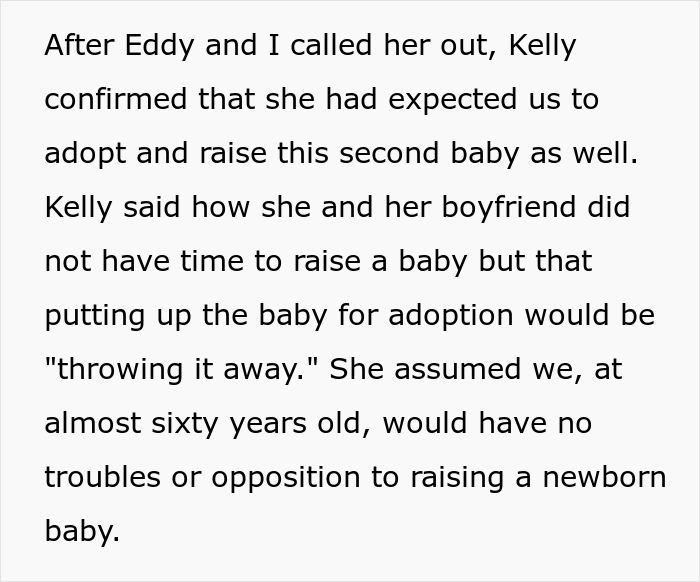 More grandparents than ever are being put in a position like Kelly’s folks, becoming full-time parents again, often with fewer resources and more health problems than they had the first time around. Or in this particular case, the second.

The arrangement is not new, of course—people raised by grandparents for at least part of their childhood include Maya Angelou, Carol Burnett, and two former presidents, Bill Clinton, and Barack Obama, but nowadays it’s simply more common than ever.

The proportion of children living in grandfamilies has doubled in the U.S. since 1970—an increase some experts attribute to the opioid crisis.

About 3 percent of American children live apart from their parents, and of those, nearly two-thirds are being raised by grandparents.

Some 2.6 million grandparents are raising their grandchildren, either because of a temporary change in circumstance for the parents, such as military deployment or joblessness, or something more lasting and terrible, including mental illness, divorce, incarceration, and substance abuse.

Kelly thinks it’s no big deal, but raising grandchildren can take a huge toll on grandparents: higher-than-normal rates of depression, sleeplessness, emotional problems, and chronic health problems like hypertension and diabetes; feelings of exhaustion, loneliness, and isolation; a sense of having too little privacy, and too little time to spend with their spouses, friends, and other family members. Not a bouquet you’d like to receive at the later stages of your life.

Reportedly, there’s a disproportionately high rate of poverty among grandparents raising grandchildren, and more than 40 percent report having economic or social-service needs—for themselves or, more often, their grandchildren—that are unmet.

I don’t know about you, but I think there’s no question that Kelly is the one who is being totally unreasonable here.

Here’s the discussion that followed the confession 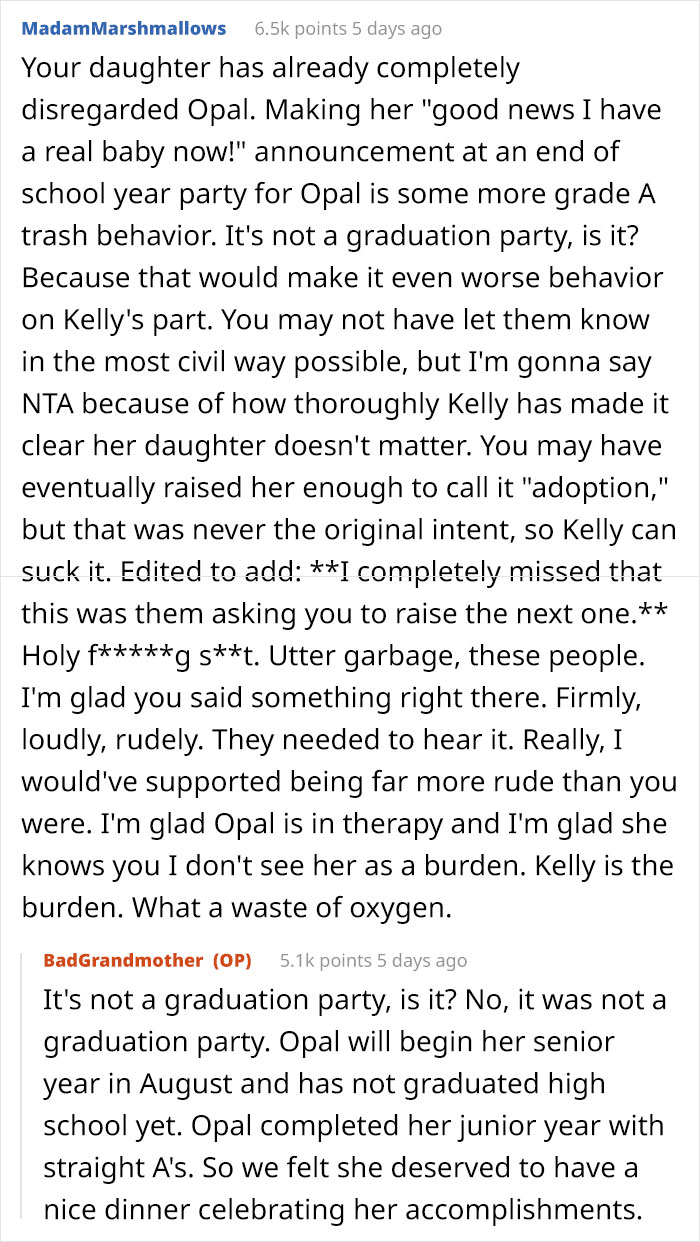 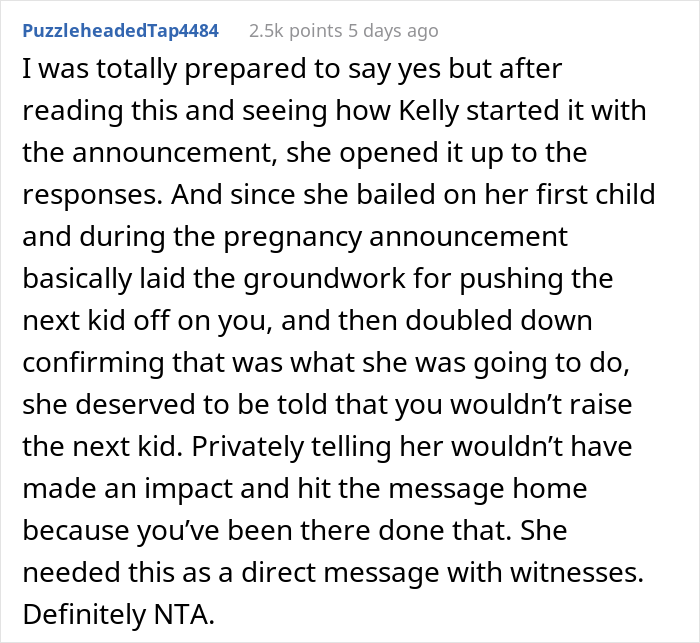 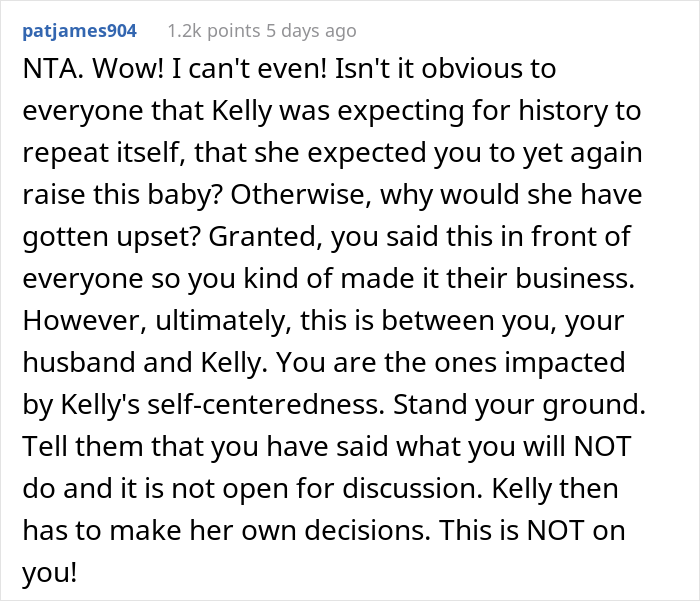 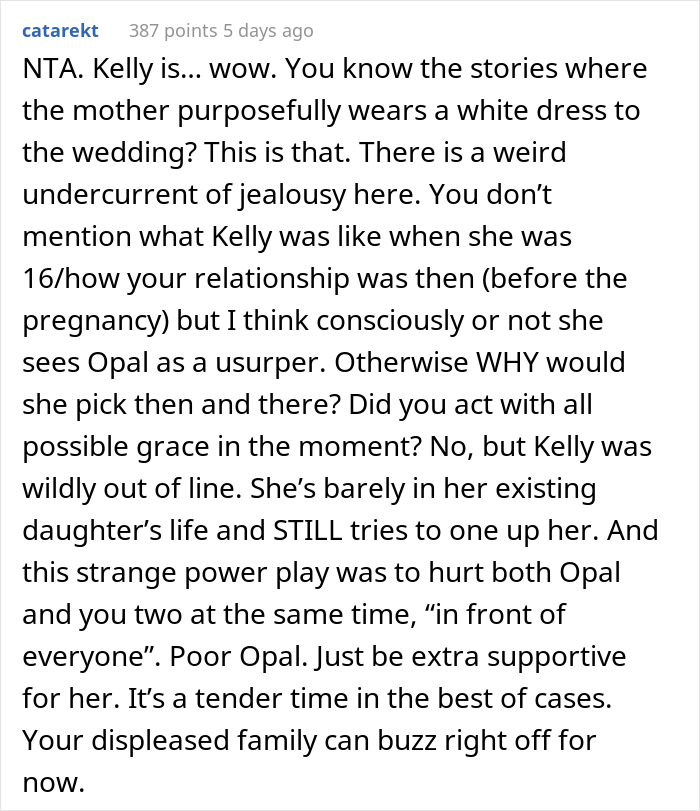 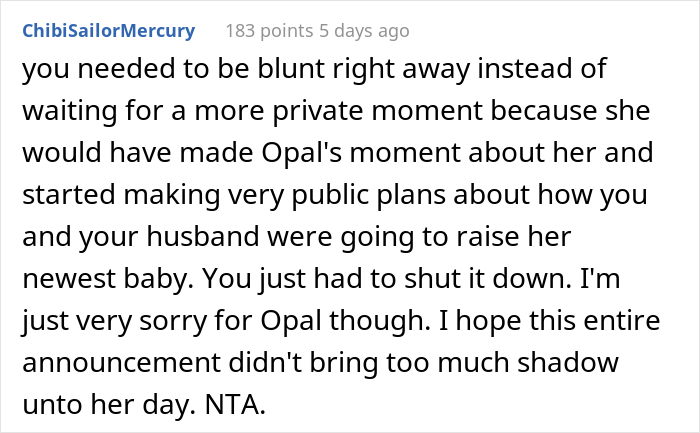 The post Family Divided After Mom Tells Pregnant Daughter She And Her Husband Will Not Raise The Baby first appeared on Bored Panda.