Many of you have probably spent a few sleepless nights thinking about how to stay sane when the world is going crazy.

A global pandemic, climate change that no one seems to care about, wars, and people who keep electing idiots – chances are these things have crossed your mind at least once or twice.

But here’s the thing, whether we like it or not, politics is an inevitable part of our existence. It impacts nearly every aspect of our lives and defines the ethics and morality of our society.

Without politics, humans wouldn’t get the gist of what they’re entitled to as citizens, and the world would be much more chaotic than it is now – however, the question stands, why is the reputation of most politicians so poor?

Although it’s tasteless to assume that every political individual holds such status – today, we’ll be focusing our attention on one of the most scandalous presidents of America and the amusing reactions of netizens to his recent encounter with the feds. 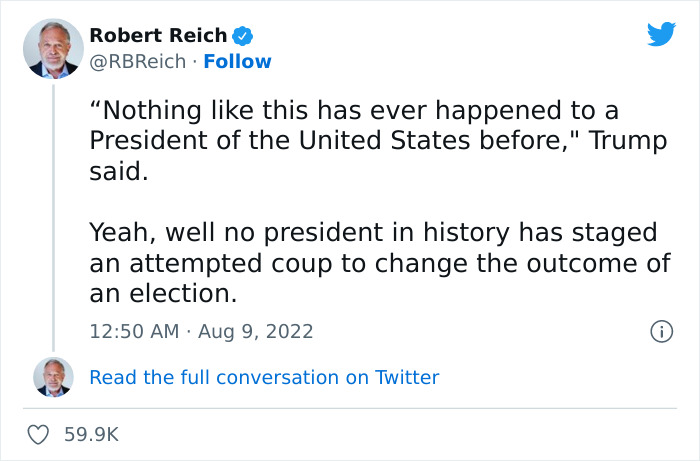 Donald John Trump, frequently proclaimed as one of the worst humans in history, is a natural-born businessman who happened to serve as the 45th president of the United States.

The man’s Mar-a-Lago home was recently searched by the FBI, where according to his statement, a “large group” of agents had broken open a safe. It turns out that the ex-president is being investigated for handling classified documents and sensitive presidential material.

“The purpose for the raid from what they said was because the National Archives wanted to, you know, corroborate whether or not Donald Trump had any documents in his possession,” said the man’s second-oldest son, Eric Trump, to Fox News host Sean Hannity.

Now social media is a powerful place where folks get to express their blunt and sometimes triggering opinions without having to face the consequences.

Most will even argue that it does more harm than good – and to be fair, there are times where this statement feels totally right.

There’s an incredibly ugly side to all that technology offers – cyberbullying, for instance. It’s one of the most dangerous cons of the entertaining platforms that can seriously hurt young and impressionable folk, which is why it’s always advised to keep an eye on your teens.

However, with all the unpleasant side effects of the web, social media also gives us an incredible opportunity to raise our concerns and actually make our voices heard.

Whether you’ve had an unpleasant, perhaps derogatory experience at work, a nasty restaurant visit, or a rude customer service assistant – the internet’s famous “callout culture” will make sure that your worries are heard loud and clear.

It applies to pretty much everything. Small and big companies, celebrities, and political personas are constantly facing backlash, and isn’t it great to know that people are being held responsible for their actions. 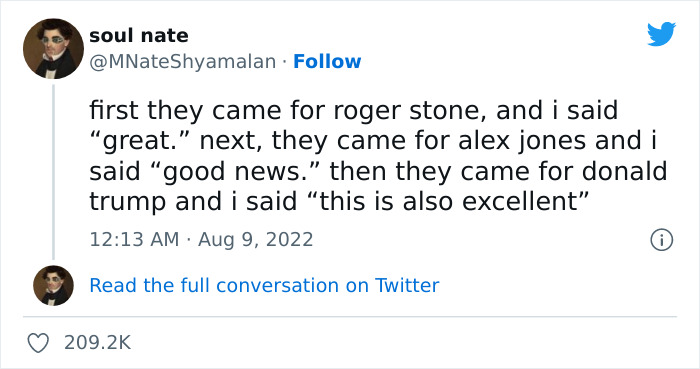 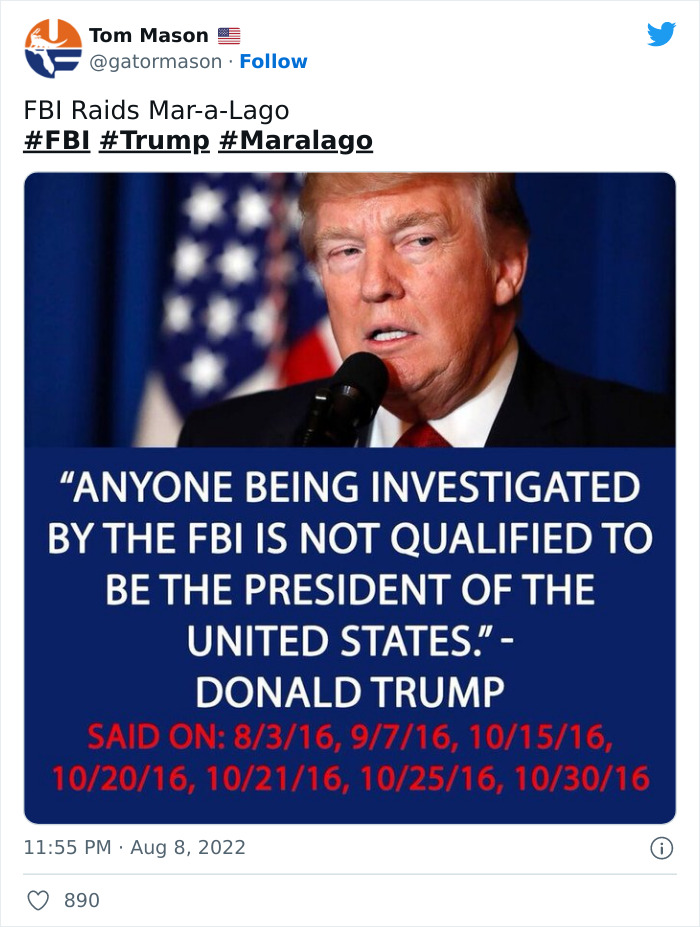 Following Trump’s 2016 election, people all around the globe turned to Twitter to share their thoughts. Bad, good, happy, sad – the platform practically exploded.

The online dispute between the man’s supporters and those who understood what consequences the country would face seemed never-ending. People were anxious; it felt like America was truly mourning – yet all those heated emotions and the ability to share opinions freely brought us together like never before. 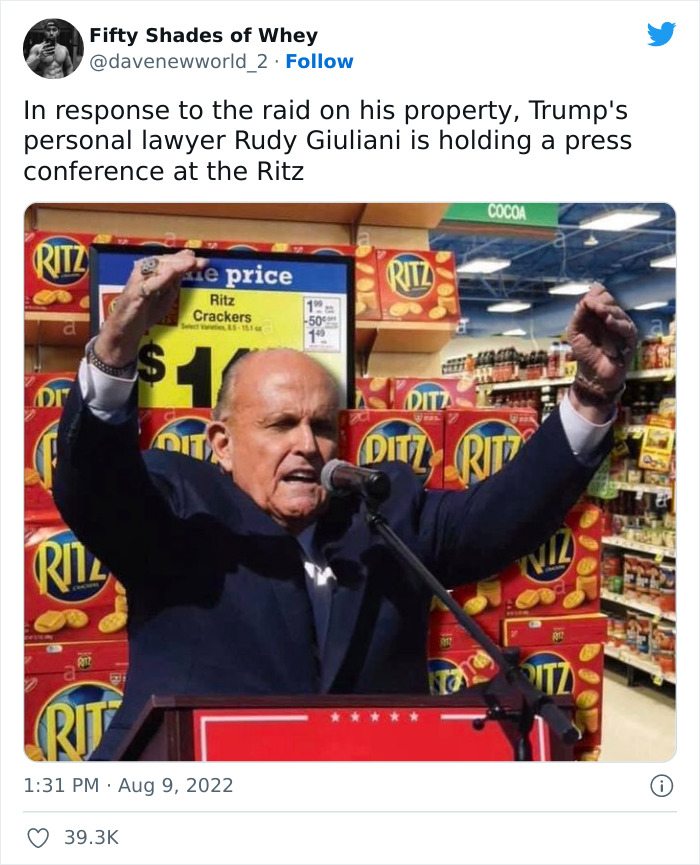 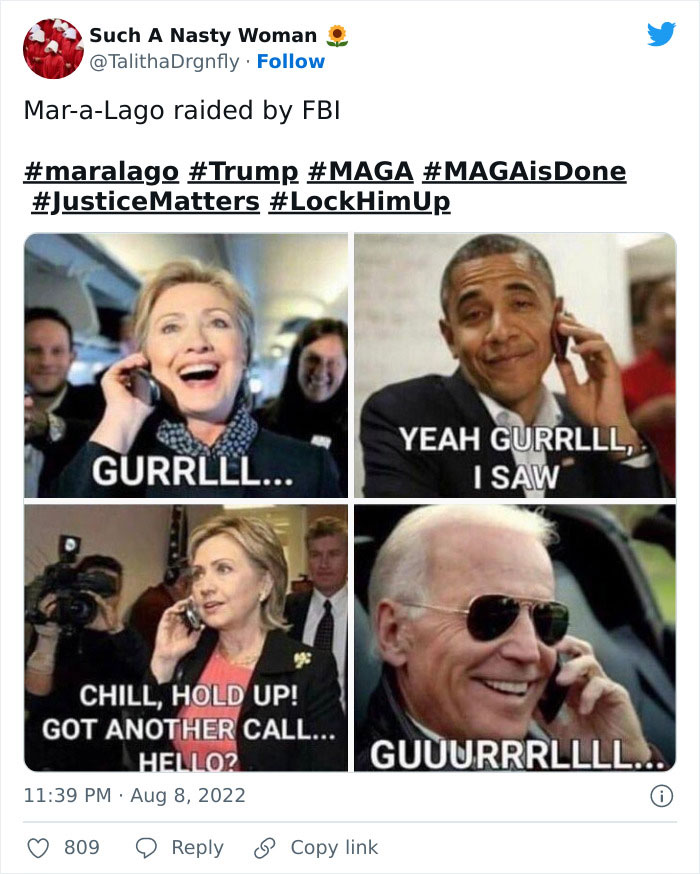 Whatever your personal beliefs are, perhaps you classify yourself as ‘not political,’ remember that voting is essential. It wasn’t always a default right for every citizen, and using that opportunity to secure a stable future is supposed to be enough to convince you to be an active member of your community.

For now, Bored Panda hopes that you’ve enjoyed this chucklesome ensemble of tweets about Trump’s recent encounter with the FBI. Let us know if you have any interesting thoughts regarding this matter! 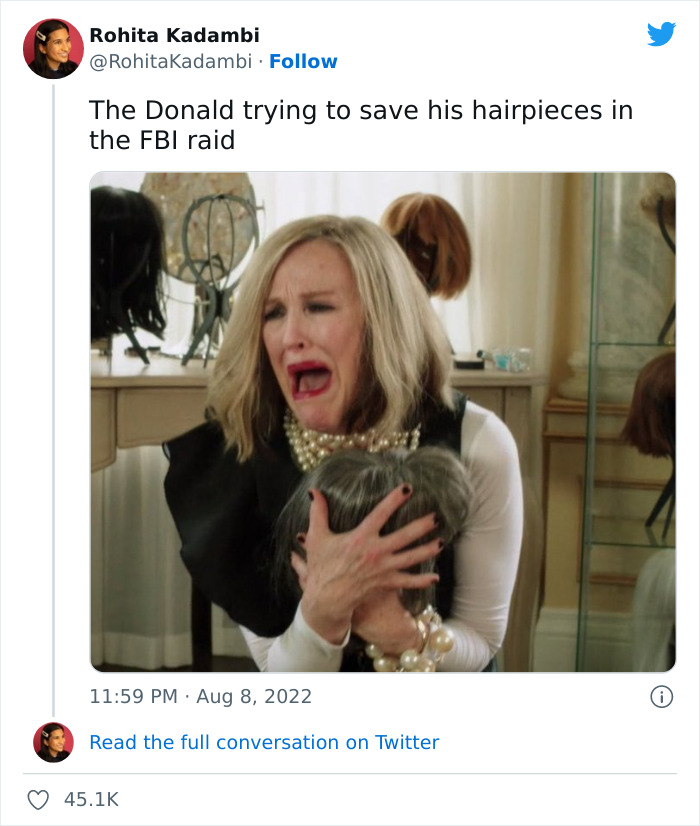 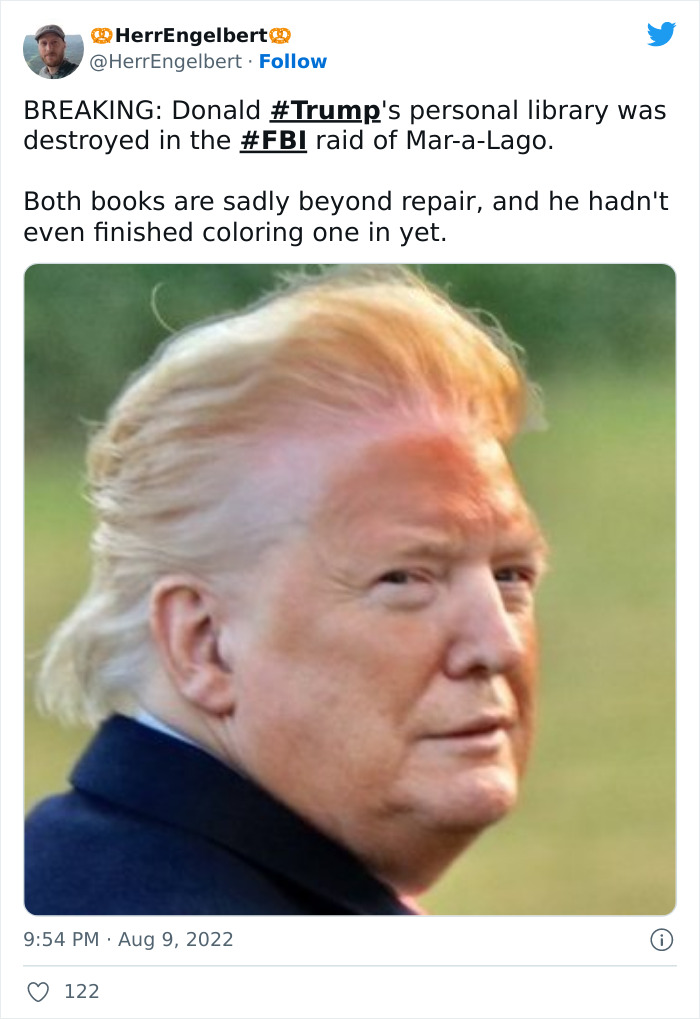 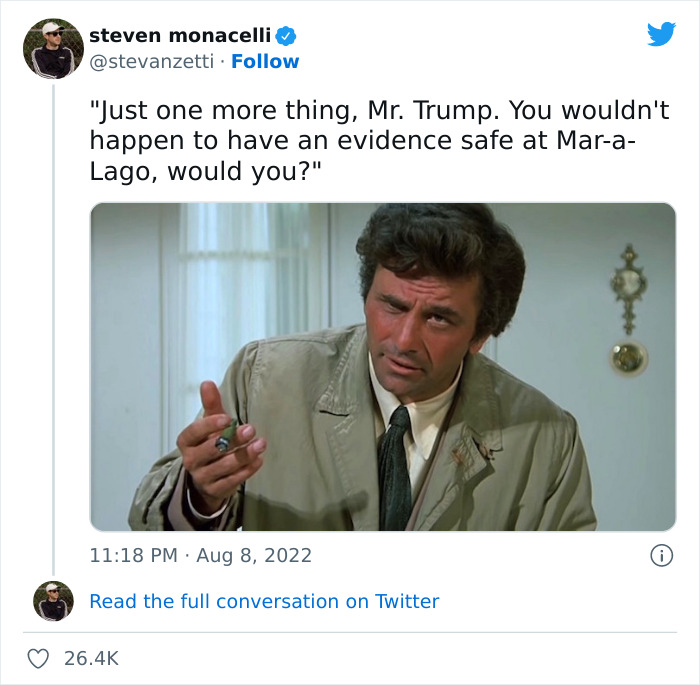 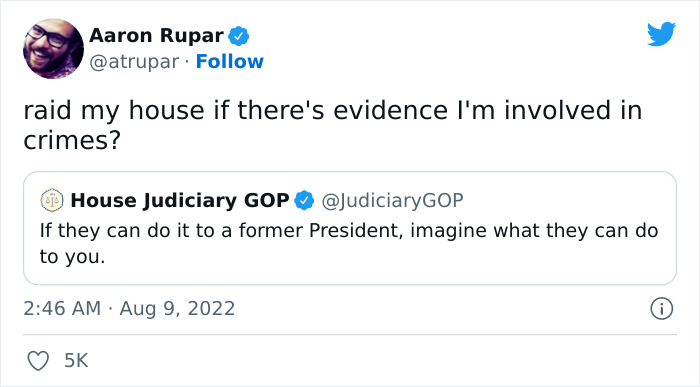 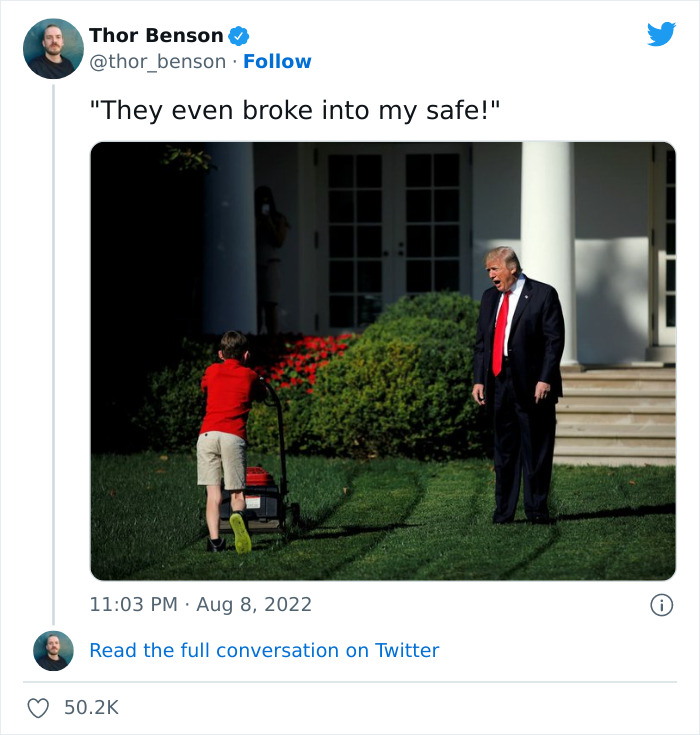 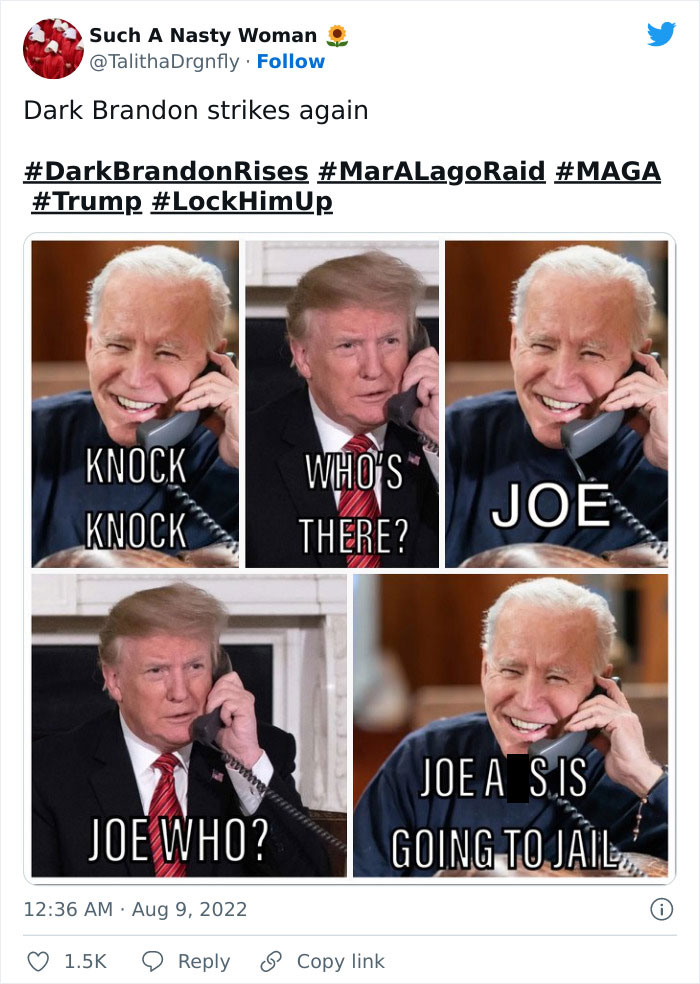 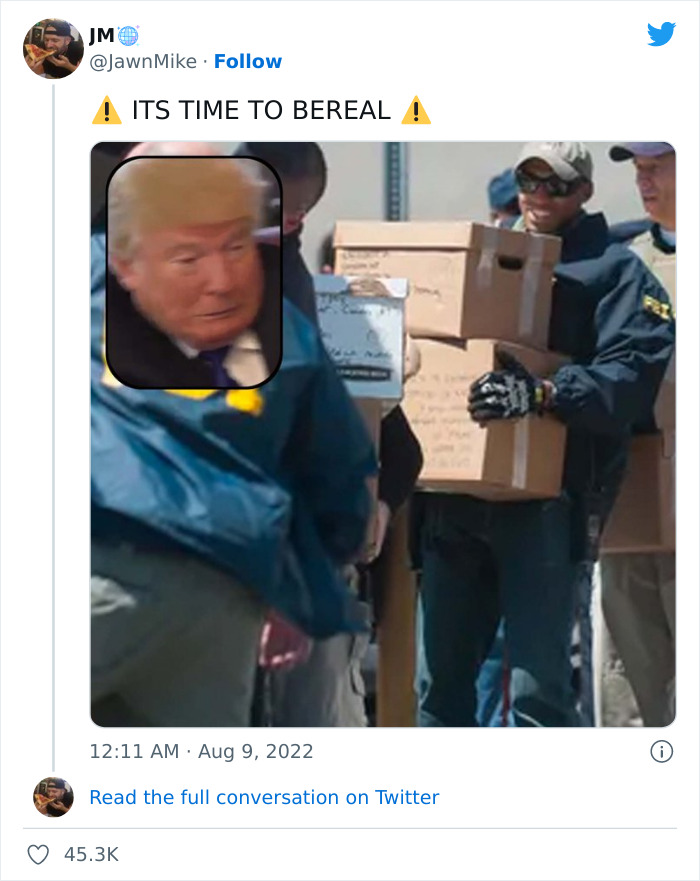 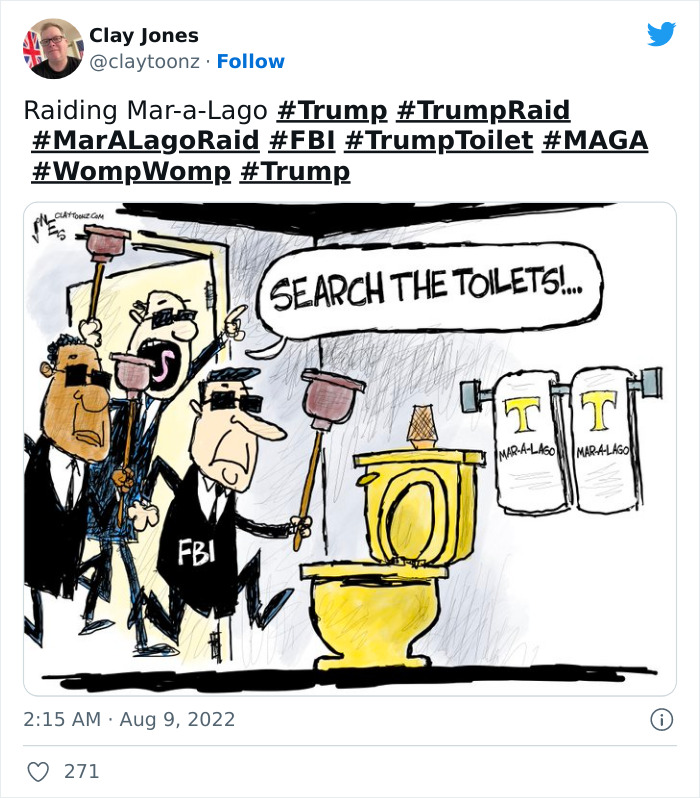 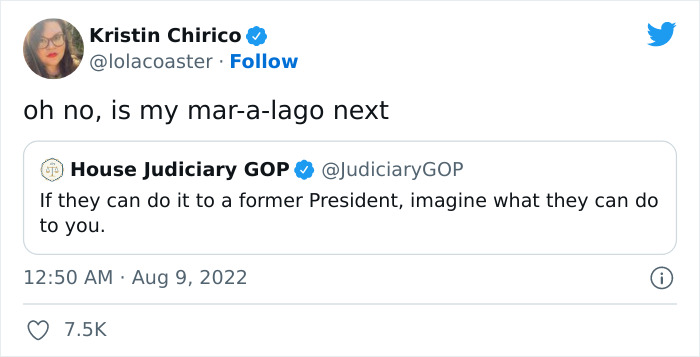 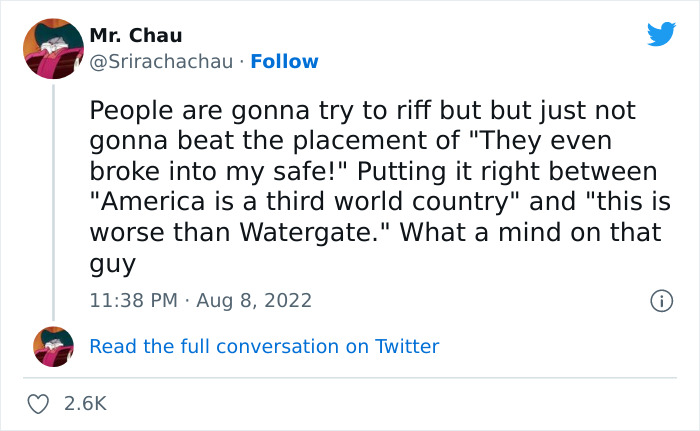 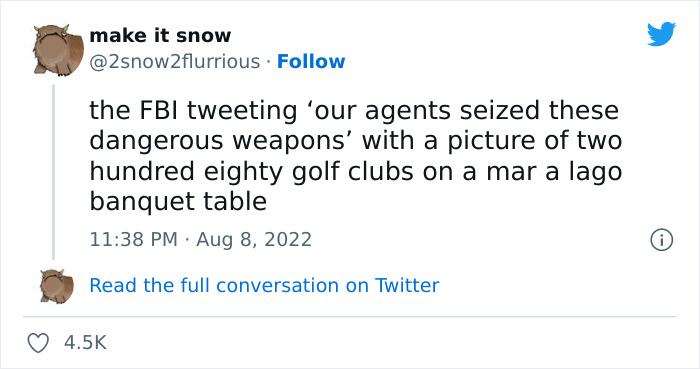 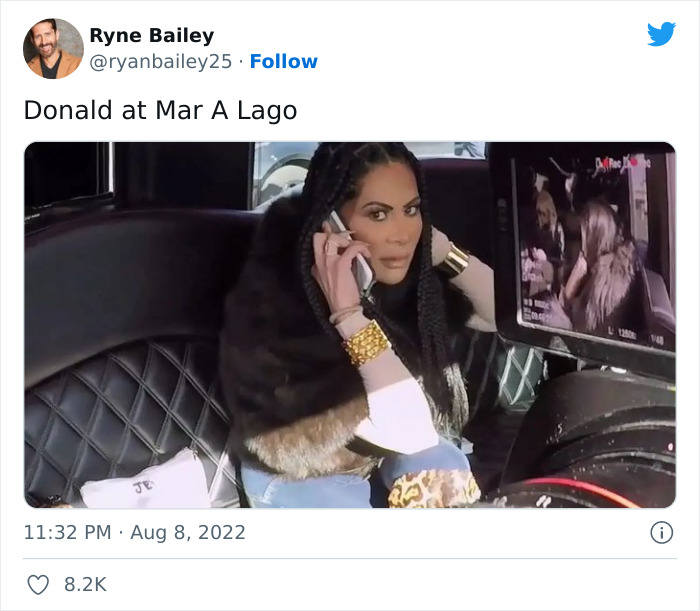 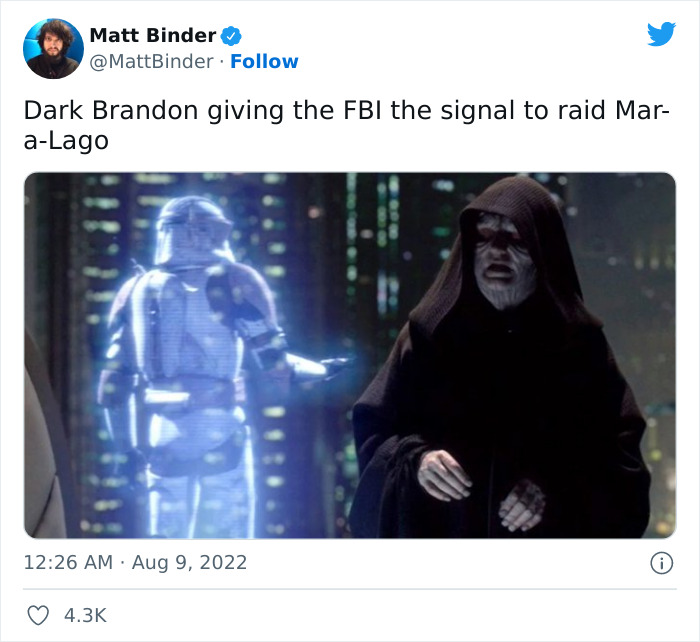