Danish designer Finn Juhl created the Grasshopper chair in 1938 and made two editions for that year’s Cabinetmakers’ Guild Exhibition in Copenhagen. He exhibited them alongside a mobile bar cabinet with illustrations of cocktails hanging on the walls, a setup that was evidently too racy for the more traditional crowd in attendance. Juhl’s chairs received no interest during the fair and by the end of it, Juhl decided to buy them from Niels Vodder, the master cabinetmaker who had produced them, to help him avoid a significant loss. Juhl lived with the two chairs but never attempted to make them for the public again. More than 80 years later, the House of Finn Juhl has reissued the ahead-of-its-time design, which recently debuted at Salone del Mobile. 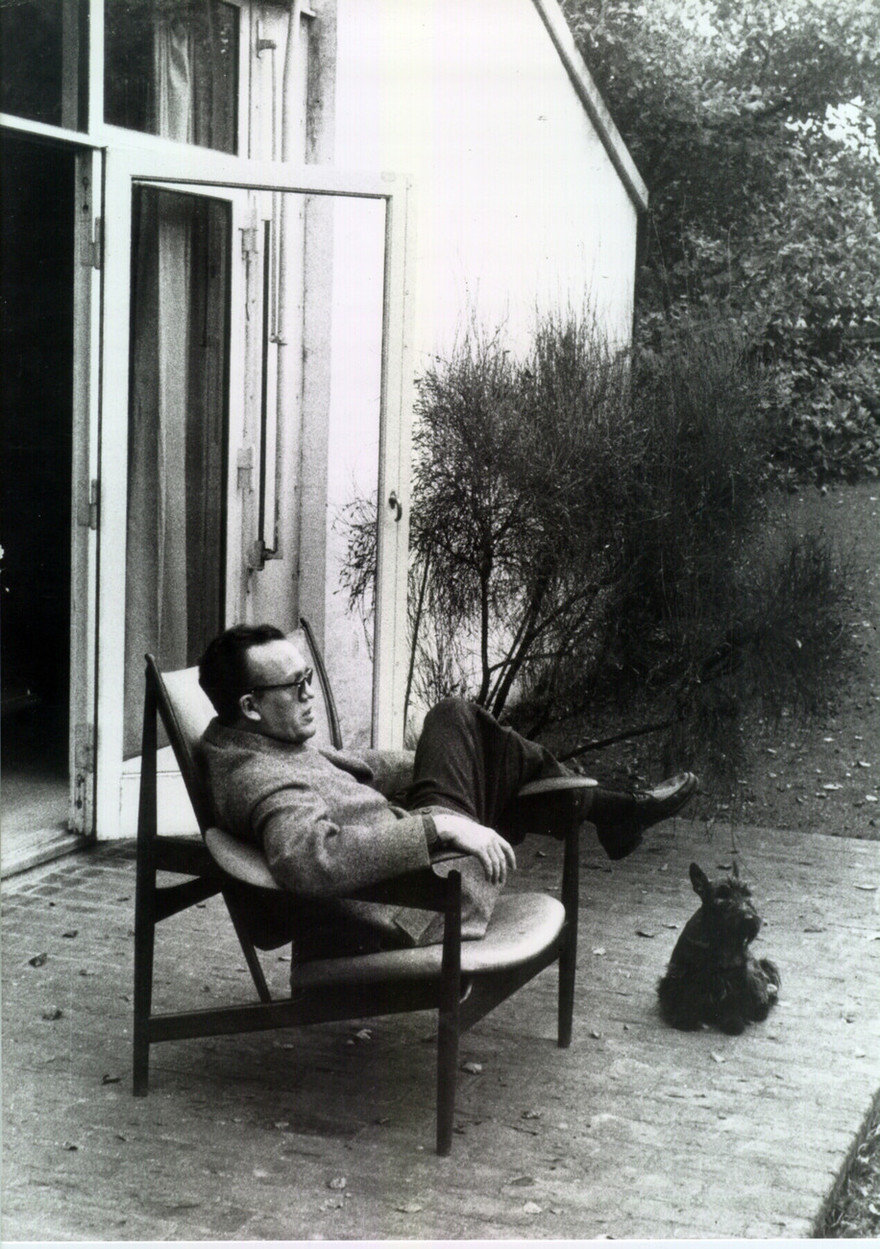 Finn Juhl in his Chieftain chair, designed in 1949

Juhl was trained as an architect at the Royal Danish Academy of Fine Arts, where he graduated in 1934. After working in the field for several years—and even winning awards for his projects—he turned his attention to furniture design around 1937. Critics have noted that his lack of formal training in furniture design lent his work its unusually expressive quality, as he wasn’t too concerned with what was actually possible. Many of his early pieces—the Grasshopper among them—were exceedingly hard to construct with many tricky angles, complex joints, and unexpected shapes. (Consider Juhl’s version compared to Eero Saarinen’s Grasshopper chair for Knoll, which is far more mass production-friendly.) 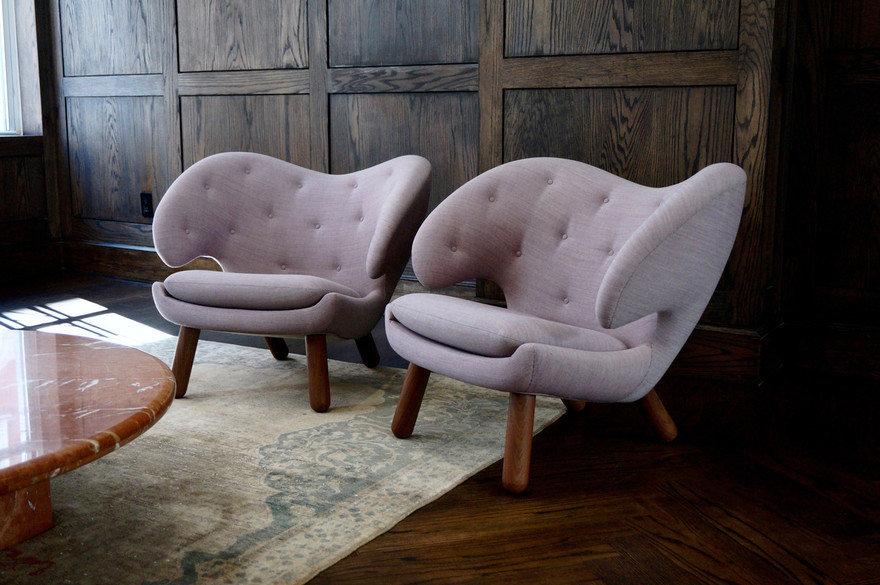 The Pelican chair was designed to look like a body embracing the sitter’s body.

Early on, Juhl partnered with Vodder to execute his designs and they exhibited together at the Cabinetmakers’ Guild Exhibitions until 1959. These shows were an important venue for young Danish designers, who were at the vanguard of forming the modern furniture style we know and love today. Even though the general climate was one of innovation, Juhl’s work tended to stick out and cause controversy for being a little too modern. When he first debuted the Pelican Chair in 1939—now known as one of his most iconic designs—critics wrote that it resembled a “tired walrus” and represented “aesthetics in the worst possible sense of the word.” In spite of the initial criticism, Juhl’s work found its audience and he became well-known in Denmark and internationally, though he never reached the popularity of peers like Børge Mogensen and Hans Wegner, who were more aligned with the father of modern Danish design, Kaare Klint. 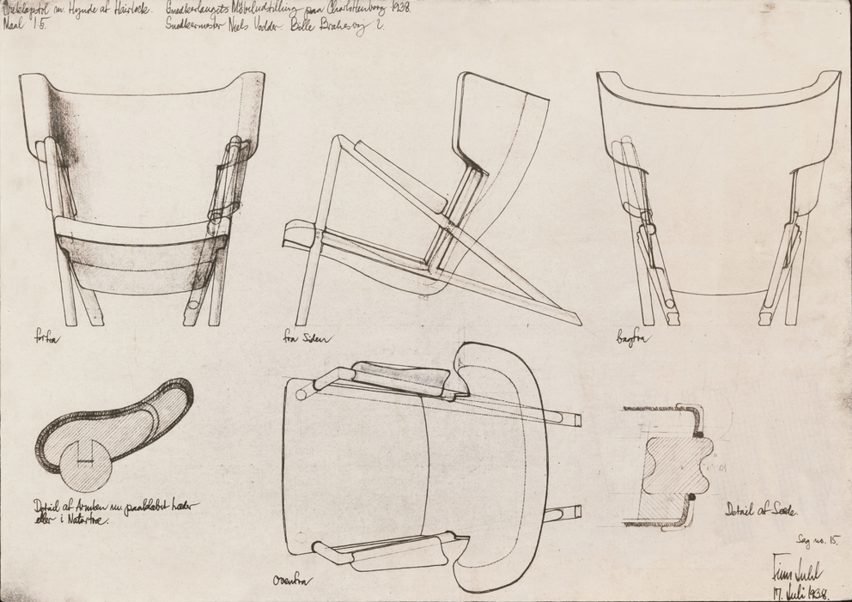 His early chairs were produced in small numbers in partnership with Vodder. Most were reissued later in his career, or posthumously through the work of the House of Finn Juhl.

The back legs and armrests of the Grasshopper chair converge to a point on the floor at the back of the chair, like the legs of a grasshopper would in preparation for a jump. The back of the chair wraps around the sitter in a cocooning gesture and gives the chair its insect-like head and a strong presence in any room. 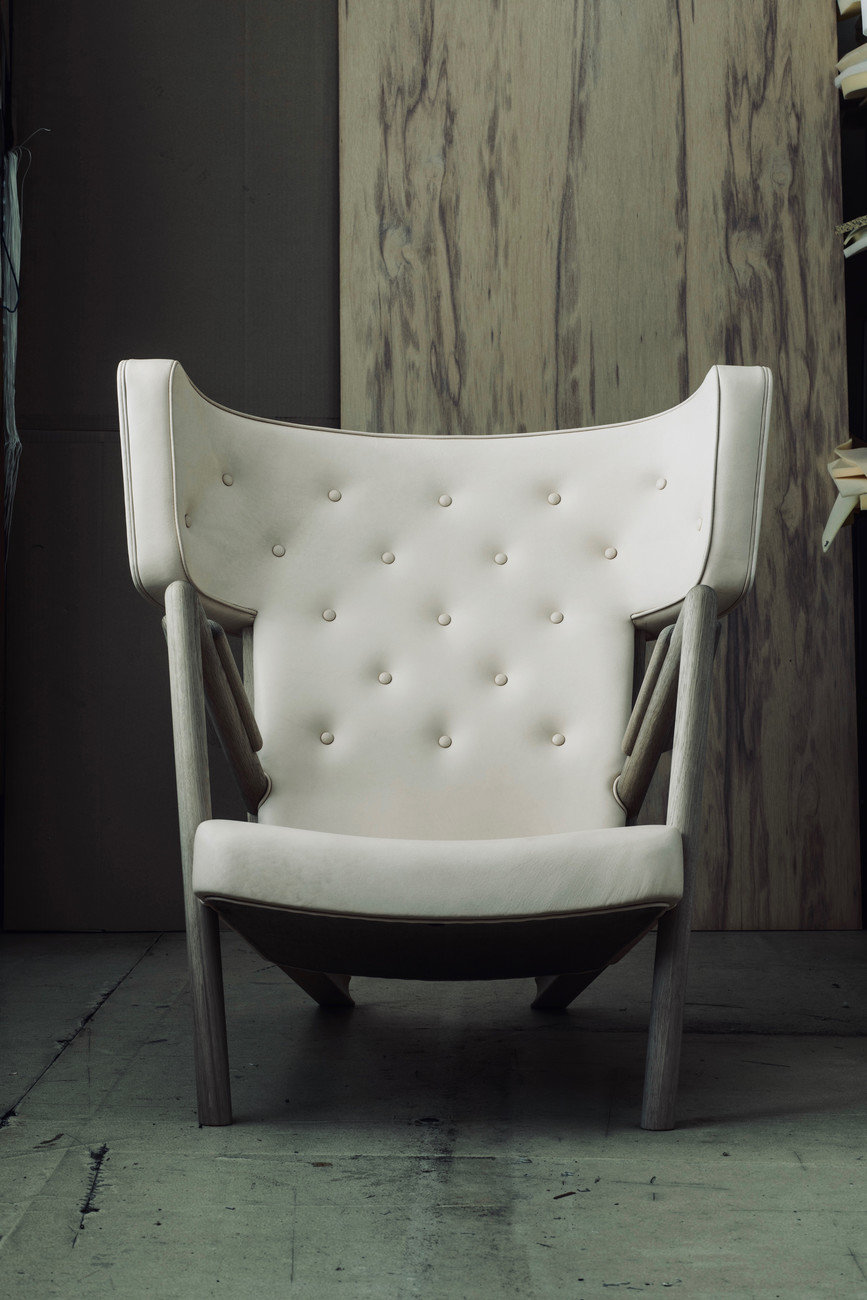 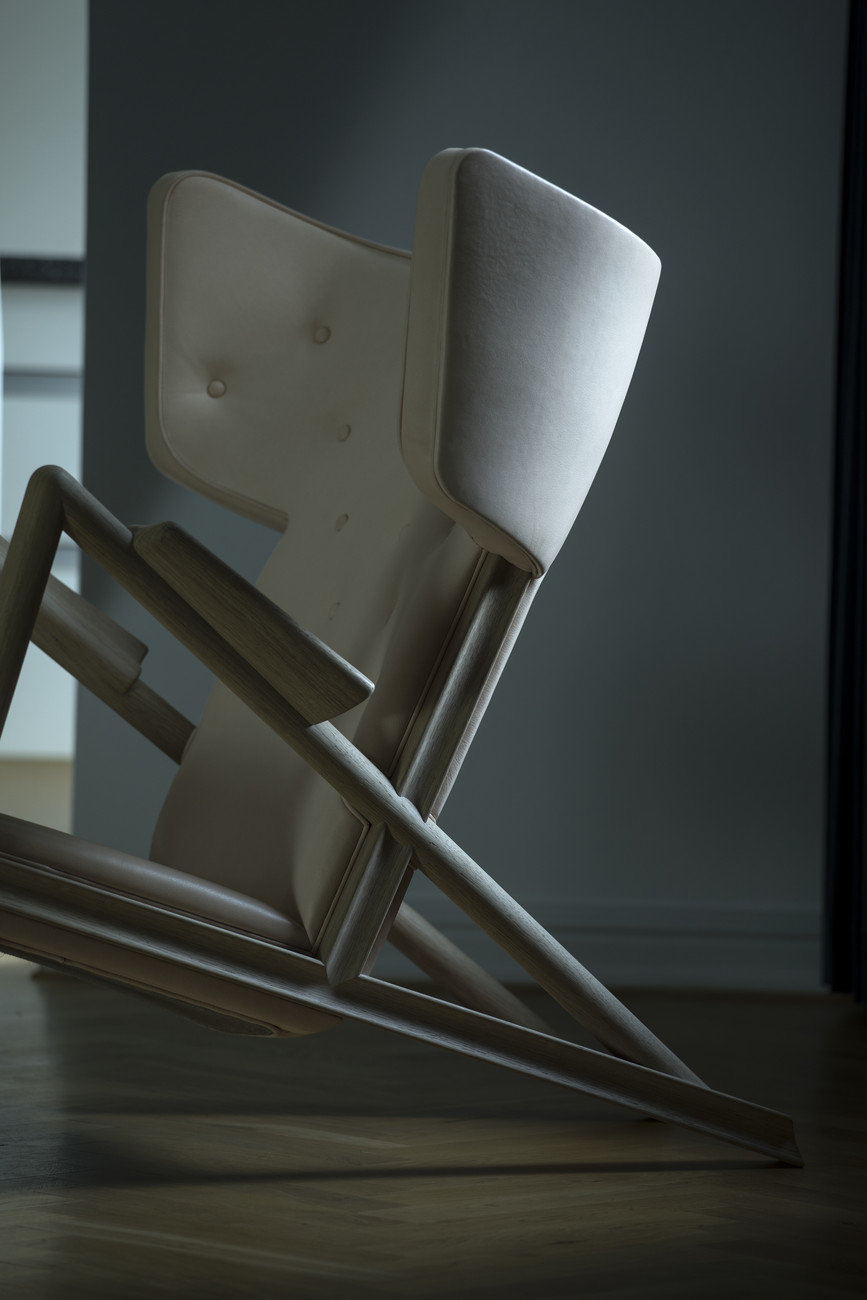 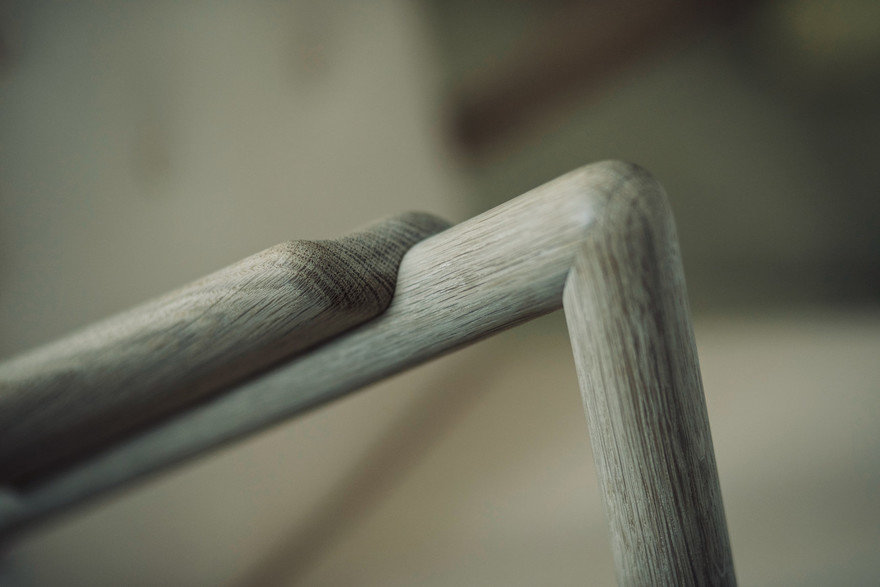 “Despite Finn Juhl’s original sketches it took almost 20 years before we succeeded in producing the Grasshopper exactly as it was intended,” says co-founder Hans Henrik Sørensen. By using Juhl’s drawings and carefully measuring one of the only two versions in existence, they were able to painstakingly recreate the design to Juhl’s specifications, in both oak and walnut and upholstered with either leather (like the originals) or textile. “We perceive the Grasshopper to be Finn Juhl’s holy grail… [it] gives you the impression of something powerful and springy. Just take a look at how each part plays with shape and profile—the round and the concave that gently meets in a delicate joint.”