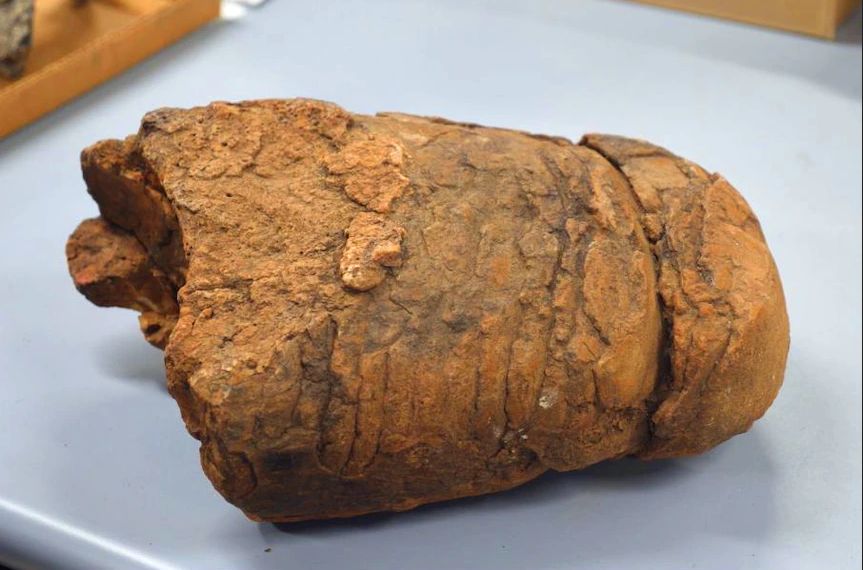 The Endoceraswas an oversized predator that preyed on early fish species and trilobites. Thanks to fossil remains of the creature, experts have determined that the sea creature’s home turf, so to speak, was in Australia. Senior curator of Earth Sciences for the Museum and Art Gallery of the Northern Territory, Dr. Adam Yates, believes that the Endoceras existed in a time before any dinosaurs or any animal with a backbone lived on land:

“It is probably not widely recognised amongst our ordinary everyday people that Central Australia was home to these marine animals and their fossils can still be found in places like the MacDonnell Ranges.”

Several years ago Dr Yates came across a section the Endoceras when the museum shifted premises.

“This particular fossil was found lurking in the basement of the old space where the collection was temporarily stored for many years before we finally moved into the new museum at Megafauna Central in the centre of Alice Springs.

At closer inspection Dr Yates realised that significance of the specimen.

“It came from an exceptionally large nautiloid,” he said.

“It would have been about two-and-a-half metres long, which makes it one of the largest animals alive at the time.

“The segment of fossil that you see is only a part of the whole creature,” he said.