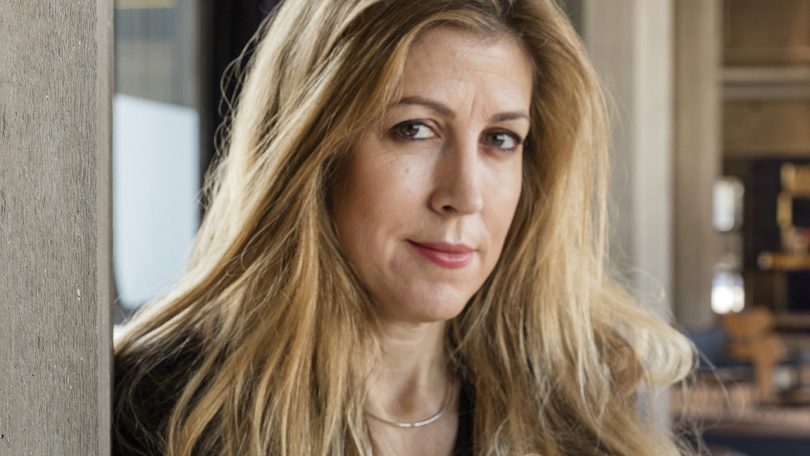 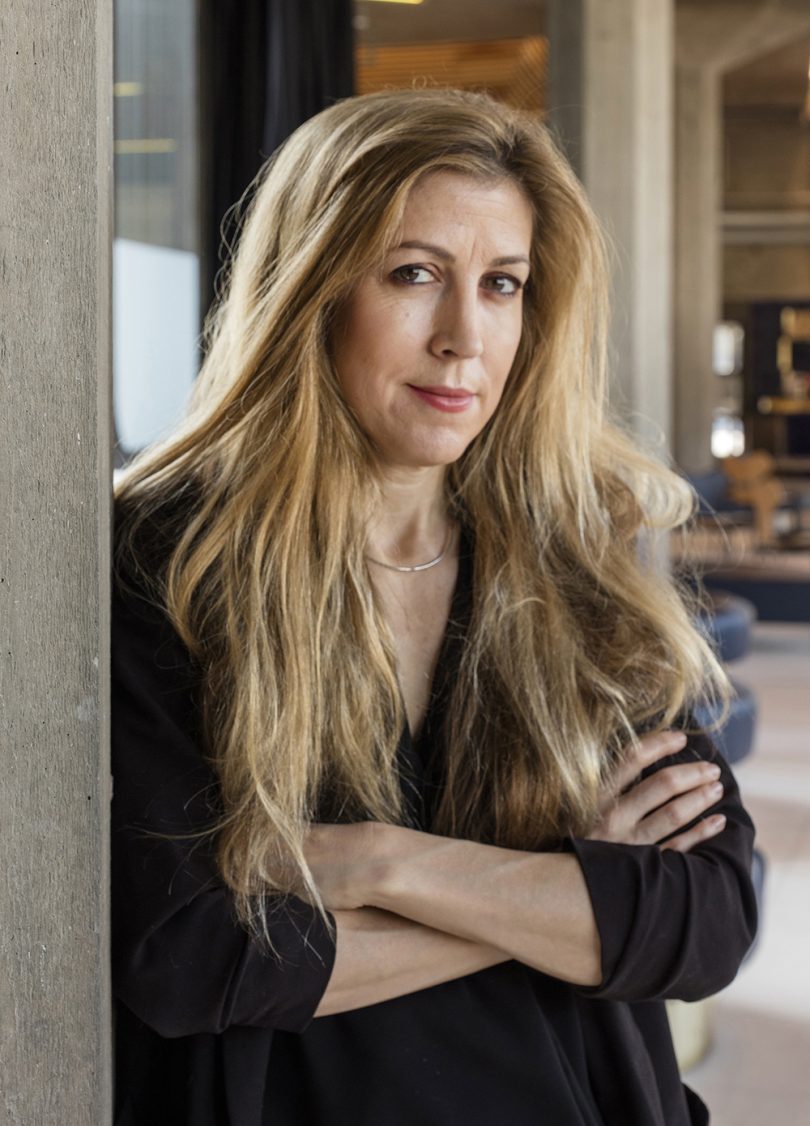 Professor Harriet Harriss (RIBA, PFHEA, Ph.D.) is a talented and qualified architect, as well as Dean of the Pratt School of Architecture in Brooklyn, New York. Her teaching, research, and writing focus upon pioneering new pedagogic models for design education, as captured in her book Radical Pedagogies, and for widening participation in architecture to ensure it remains as diverse as the society it seeks to serve, a subject she investigates in her other book, A Gendered Profession. Today Dr. Harriss is joining us for Friday Five and sharing just a few things that are inspiring in her own life. 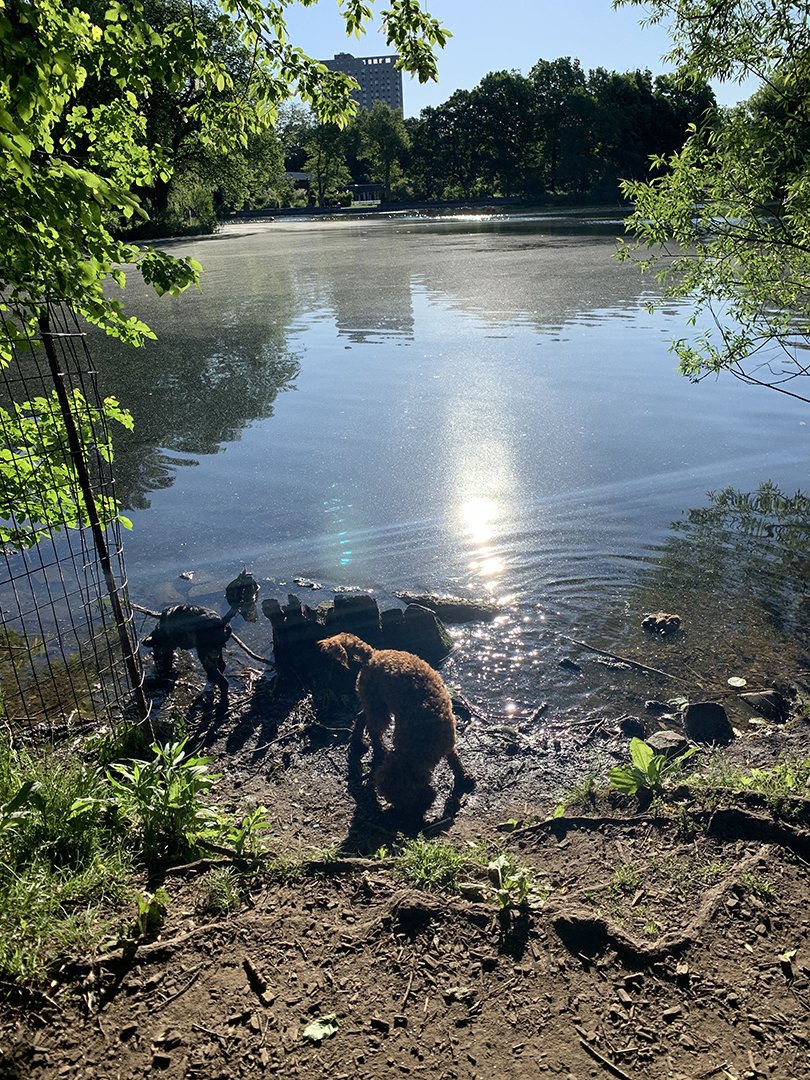 1. Prospect Park Dog Beach
As both a dog owner and a runner, living within close proximity to a green space is essential. Brooklyn’s Prospect Park offers an especially sublime space for canines to indulge their aquatic instincts, particularly when the morning light etches their wet fur in outline. Prospect Park also interests me for other reasons. Designed by the same landscape architects as Manhattan’s Central Park – Frederick Law Olmsted and Calvert Vaux – it symbolized a visionary understanding of the need of all city residents, whatever their economic circumstances, to have free and easy access to the natural environment. From a runner’s perspective, the park offers something quite unique: the opportunity to run almost alone around a quiet (if artificial) lake at 6am on a weekend, or to join a sizable pack of other runners at 6am on a weekday by following the road that circumnavigates the park. Runners typically come in all shapes and sizes, and this often reminds me of how irrelevant our differences seem when our purpose unites us. 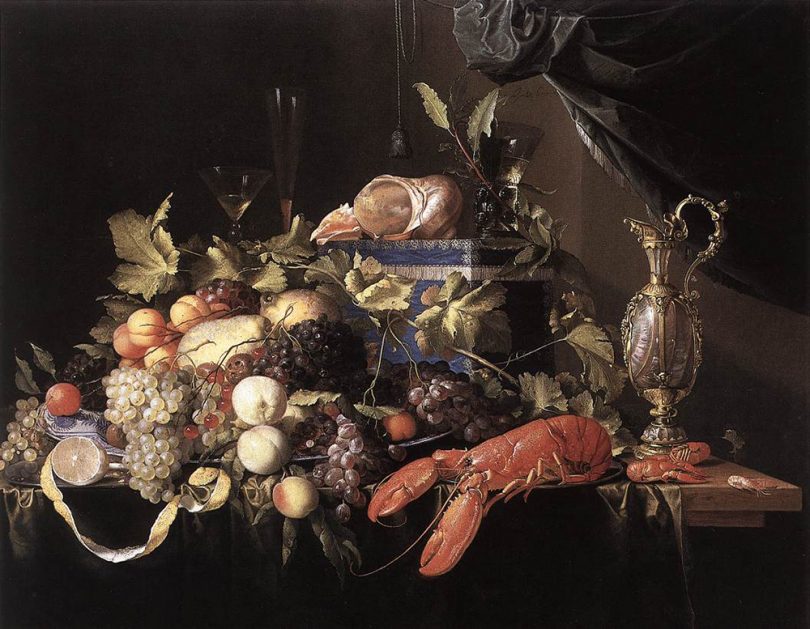 Image via Web Gallery of Art

2. Jan Davidsz de Heem, Still Life with Ham, Lobster and Fruit, c.1653
The New York Metropolitan Museum has an exceptional collection of 17th Century still life paintings, that for a former Northern European, capture something of the coolness of light and sense of damp that I’m familiar with. I’ve always found this genre of painting fascinating. At first glance, the assortment of fruits, meats, plants and bowls speaks of a kind of wealth and excess that only a tiny minority of 17th Century Europeans could ever afford. Upon closer inspection however, the rotting fruit and dying flowers evoke a sense of death not life, hence earning the title, memento mori, the memory of death. More recently, art historians and scholars have written extensively about the latent symbolism and multi-layered narratives within each hour glass, apple and decomposing grape that these pictures capture in exquisite detail. From my perspective however, I feel the work reminds us of the disproportionate inequalities created by Europe’s brutal exploitation of its colonies, a legacy that is still very much present and problematic, even today. 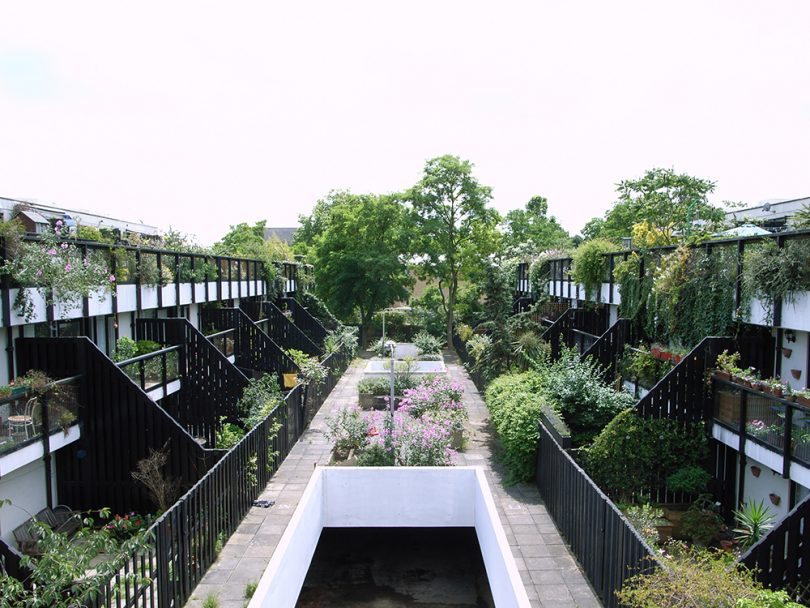 3. The Dunboyne Road Estate, 1965, Camden Council, London
One of London’s most overlooked architectural icons is the Dunboyne Road Estate, built as part of a huge post-war effort to rehouse the 1.5 million Londoners left homeless after the Blitz bombings of the Second World War. At the time, the London Borough of Camden was considered radical in their ambitions to provide well-designed, affordable homes to their residents and the 71-flats succeed in integrating housing and habitat quite wonderfully. Each home has both a private terrace and access to communal gardens, with dual-aspect windows ensuring residents benefitted from as much natural light as possible, something that all New Yorkers can relate to. The estate is now Grade II listed but it was the first major work by architect Neave Brown, who like it so much that he lived there for the rest of his life. It’s considered an architectural icon because despite often historically inaccurate bad press, concrete construction – often broadly described as Brutalist (meaning raw concrete) – can result in delightfully humanistic designs rather than uninhabitable bunkers as the public are too often led to believe. 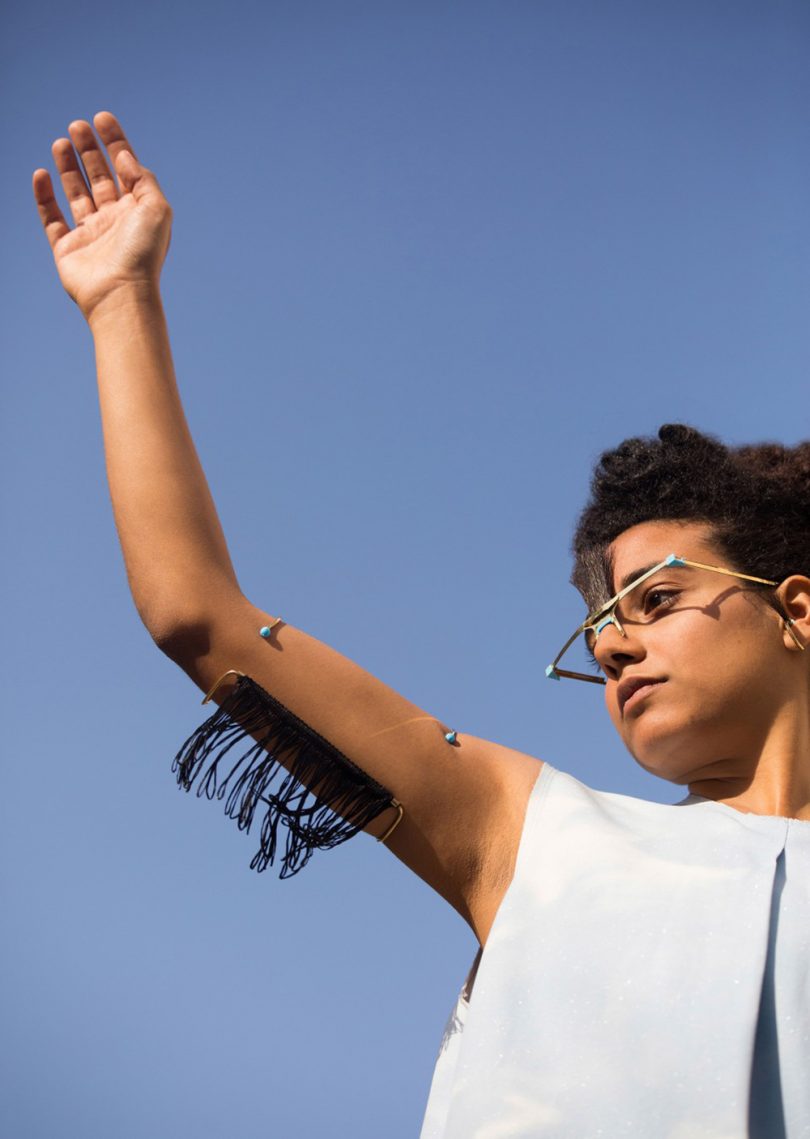 4. Hairy Jewelry by Naama Agassi
A rising number of women product designers are offering fresh takes on everyday objects, and Hairy jewelry by Naama Agassi is an excellent example of this. Her hair-derived jewelry is designed to be worn on areas of the body where body hair is typically considered unacceptable for women in most western cultures. Agassi took her cues from the colors and tasseled elements of ceremonial uniforms, and in doing so made something that was otherwise considered contemptible into something both captivating and compelling. The work speaks to two of my current preoccupations, firstly, the need to see more women designers impact the designs we use in everyday life and, secondly, the power and value of repurposing often overlooked, yet highly sustainable materials in innovative ways. 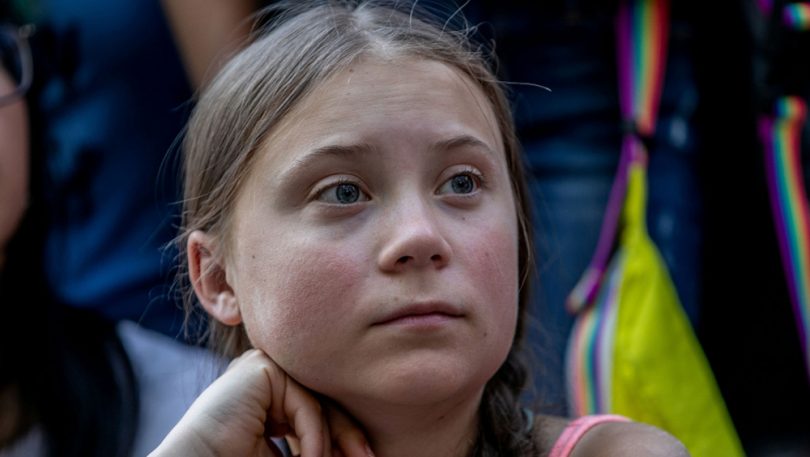 5. Greta Thunberg
Since buildings emit almost half of the carbon dioxide produced in the U.S., architects have a huge role to play in responding to the climate crisis. Greta Thunberg is both an environmental activist and – to me – a design icon, because her message is doing more to make us think about the seriousness of the situation than any current piece of legislation, building code, historic style or genre has ever succeeded in doing. Her message is forcing architects to reassess not only the products but the processes within the architecture industry. By choosing to re-purpose instead of new build, by working towards carbon-neutral construction, and by recognizing that our responsibilities as designers extend beyond client and contractor to the local and the global requires a necessary and urgent shift in how we perceive the scale of the problem. Not only this, but Thunberg’s generation, despite seemingly impossible odds, are showing those in power how positive change can be peacefully achieved. We are learning more from them about bravery, integrity and what it means to be a human than they have ever learned from us. 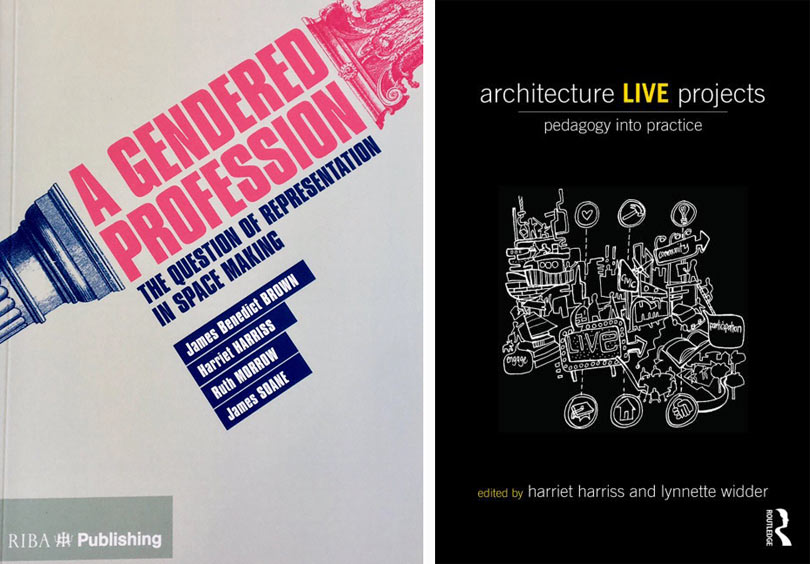