This story comes from a single and childfree 37-year-old man who is a dad to two dogs that are German Shepherd mixes. Since the author has four sisters with ten kids in total, you can suspect he gets to babysit every now and then. In fact, “I babysit A LOT,” Dogloverforeverr wrote in a post on AITA.

“I have just one super strict rule at my house: no chocolate,” he said and added that not only is it ‘deadly for dogs,’ but he doesn’t ‘like it anyway’. As you can imagine, not every little kid is well aware of how important it is to stick to the rules set by a homeowner.

On one occasion, “I came into the living room and there were obviously chocolate crumbs everywhere.” Understandably, the author got seriously mad. He also found out they always carry some on them since their mom just gives it to them. And this seemed to be the last drop of his patience.

A man was babysitting his sister’s kids only to find them eating chocolate, which he clearly said was forbidden because of the dogs 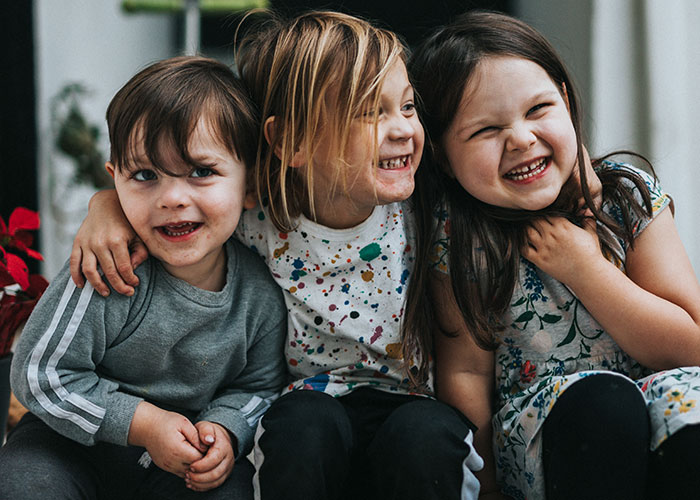 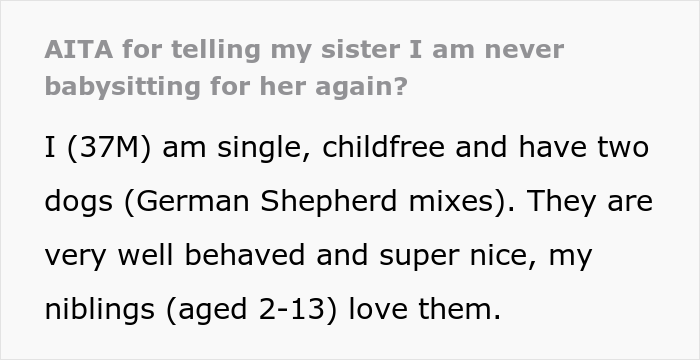 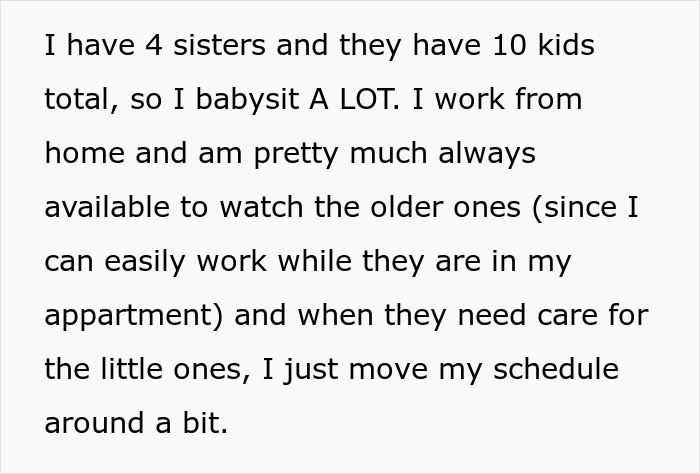 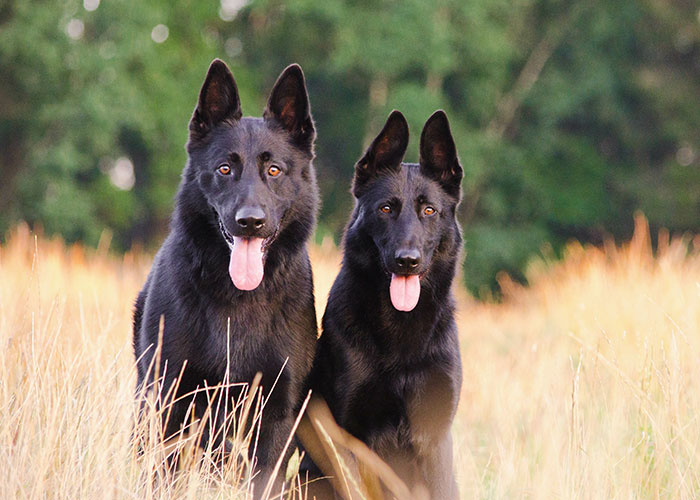 Interestingly, Canine Cottages’ recent study showed that a substantial 38% of pet owners didn’t know that chocolate was toxic to their pets. So to find out more about the threats it poses to our beloved canines, Bored Panda reached out to Shannon Keary, the Digital PR Manager at Canine Cottages.

“Chocolate is very dangerous for our dogs because it includes the chemical Theobromine, which acts like caffeine for our dogs. Ingestion of chocolate causes twitching, high heart rate, and hyperactivity in the short-term, but if left untreated, it can cause our pets to develop heart arrhythmias, kidney failure, and even seizures,” Keary explained.

Keary warns pet owners that if their dog has eaten chocolate, it’s important to seek help from a vet as soon as possible, as they’ll be able to provide help for your pet and provide medicine or pump your dog’s stomach if necessary. 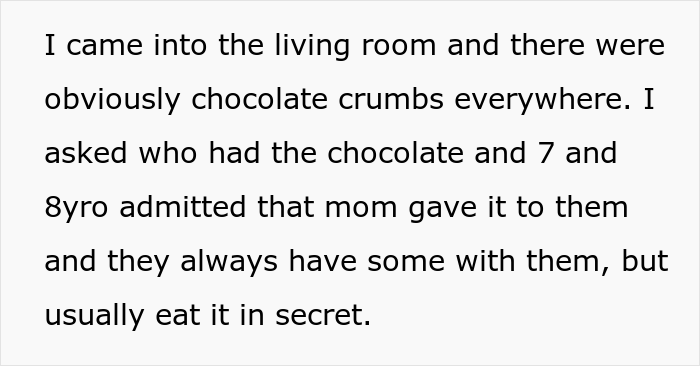 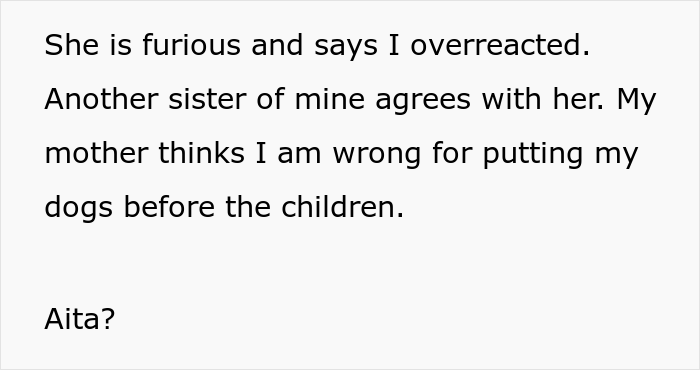 Yulia Popyk, an animal behavior expert from Petcube also told Bored Panda that while chocolate is not immediately poisonous to dogs, it can be dangerous if consumed in large amounts. “Chocolate contains theobromine, a bitter alkaloid that is a stimulant. In small amounts, theobromine is not harmful to dogs. However, in large amounts, theobromine can cause vomiting, diarrhea, panting, excessive thirst, restlessness, and an increased heart rate. In severe cases, theobromine can cause seizures and even death,” she commented.

There are many other food products that can be harmful to dogs including coffee which contains caffeine and which is also toxic to dogs in large quantities. Alcohol can be fatal to dogs even in small quantities. Grapes and raisins can cause kidney failure in dogs. Macadamia nuts can cause vomiting, diarrhea, and tremors in dogs.

Popyk said that as a dog owner, you should be very careful about what you feed them. “Some human foods are nutritious for dogs and can even help with some medical conditions. However, some human foods can be poisonous to dogs, so it is important to do your research before feeding your dog anything other than dog food.”

And this is what people had to comment about the incident 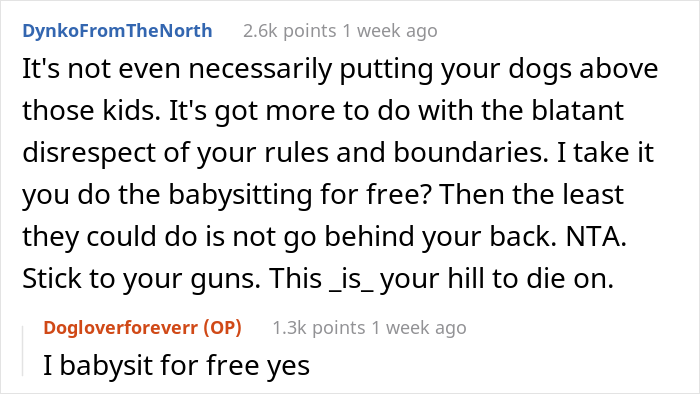 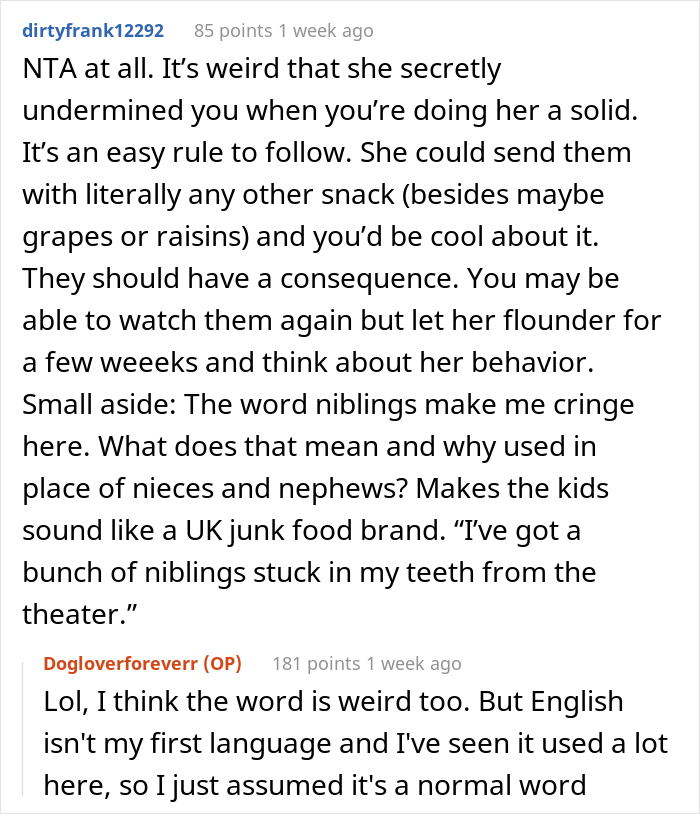 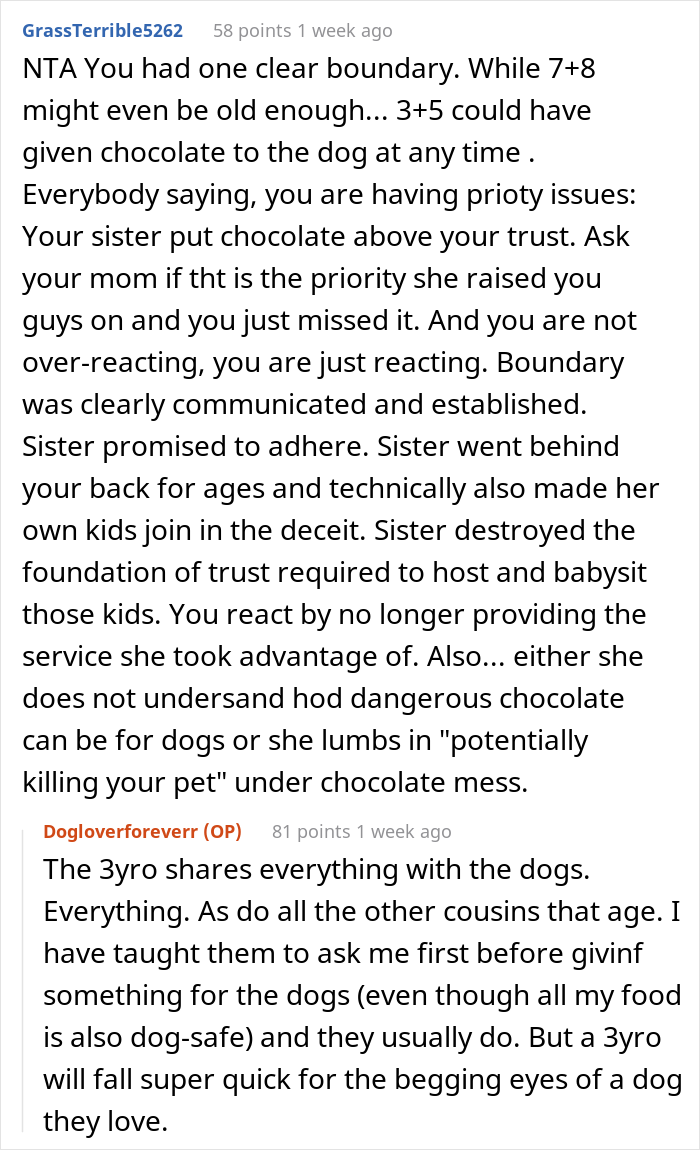 The post Guy Has A “No Chocolate” Rule While Babysitting His Sibling’s Kids, They Break It So He Says He’ll Never Babysit Again first appeared on Bored Panda.