Twice a year the Cooper Hewitt stages an installment of its Selects series, for which various types of creators, from Ellen Degeneres to David Adjaye, are invited to curate a show from the museum’s vast 210,000 object collection.

Intended to accompany the museum’s ongoing Nature design triennial, the current Selects show was put together by the Wyss Institute for Biologically Inspired Engineering at Harvard University. Their theme looks to the early twentieth-century Futurists for inspiration as it aims to define a new, Biofuturist agenda for the future. Drawing from the museum’s collection as well as some of their own projects, the Wyss Institute explores how artists and designers have long been inspired by natural forms and how biologically-inspired design might change our world. 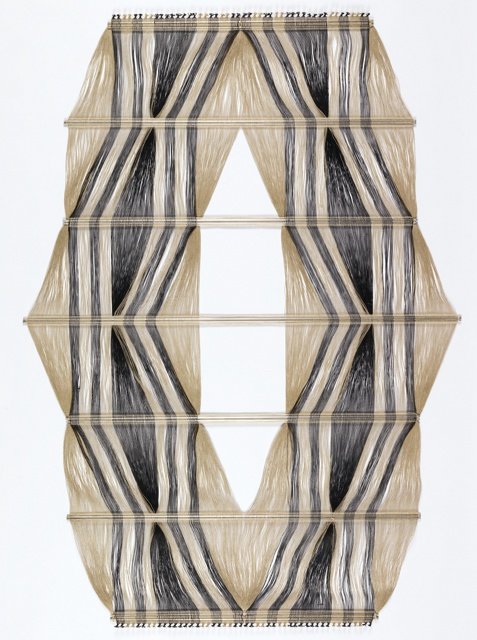 Hanging, 1973, by Peter Collingwood. The piece combines rigid wefts (the horizontal element) with flexible warps (the vertical element) to create a textile that echoes tensegrity structures. 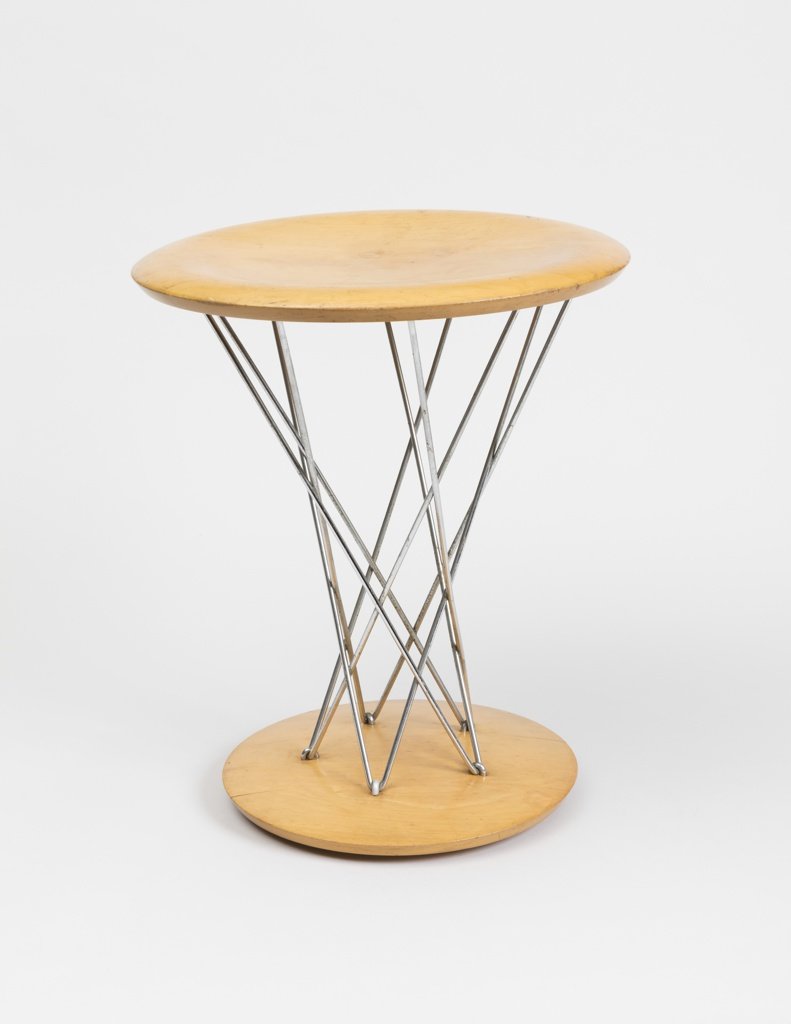 Don Ingber, the founding director of the Wyss Institute was the show’s chief curator, joined by his colleagues Joanna Aizenberg, Jennifer Lewis, Radhika Nagpal, and Pam Silver. The institute was founded in 2009 and currently has more than 375 full-time scientists and engineers working in a broad range of disciplines who collaborate to develop “nature’s design principles” into new technologies and solutions for healthcare, energy, architecture, robotics, and manufacturing. 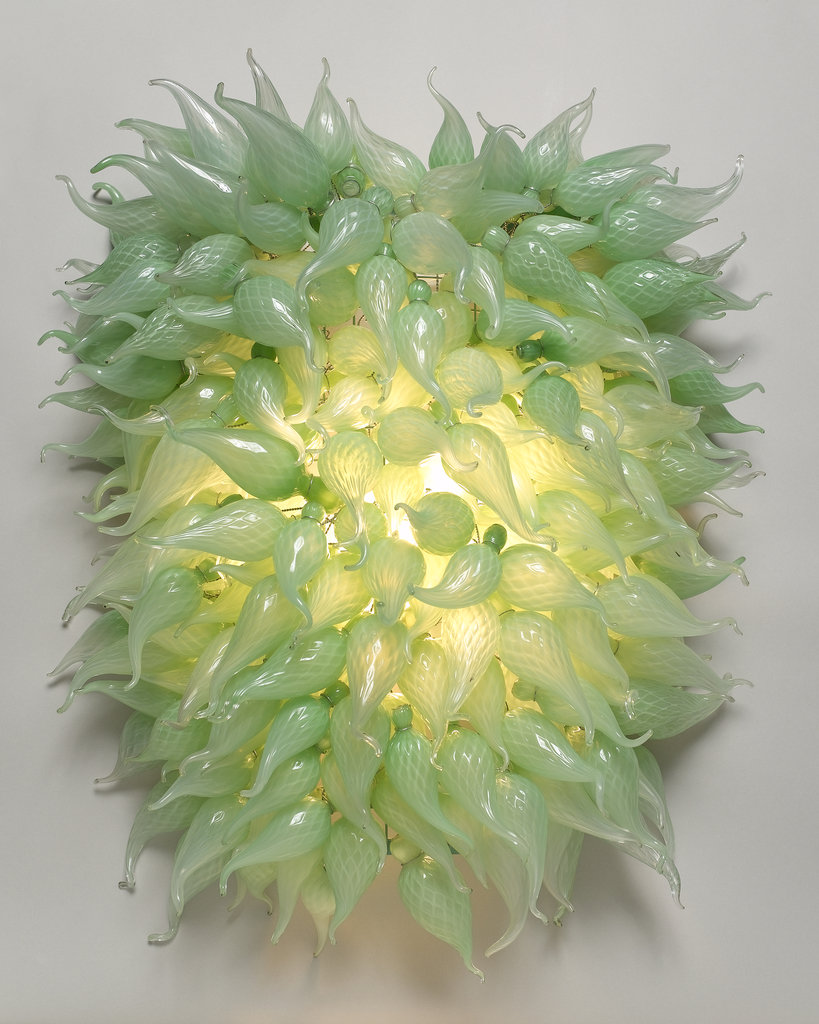 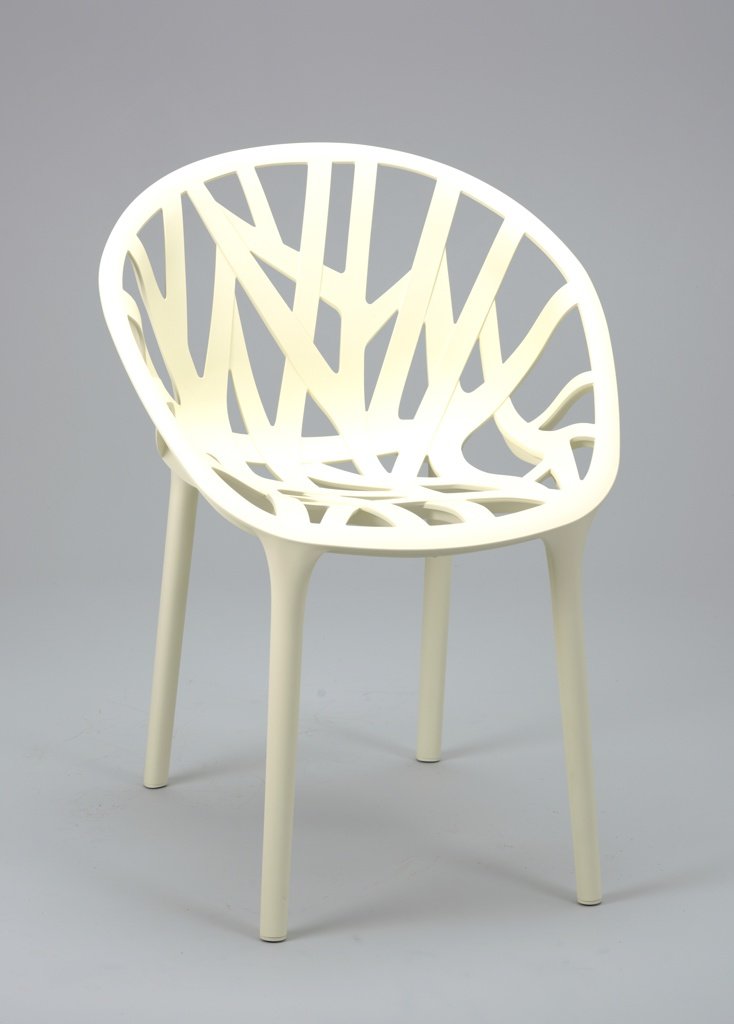 The show unfolds over four thematic sections: Natural Forms, The Architecture of Life, Synthetic Biology, and Biofuturism. Natural Forms focuses on the spiral, a motif that has appeared in virtually every medium of art and design; Kenneth Snelson and Buckminster Fuller’s tensegrity structures are interrogated in The Architecture of Life; Synthetic Biology takes a closer look at artistic objects that mimic biological forms; while the Biofuturism section looks forward to a future of biologically-inspired engineering that will go beyond mimicry to “seamlessly integrate with our bodies, restore lost functions, and even provide superhuman capabilities.” 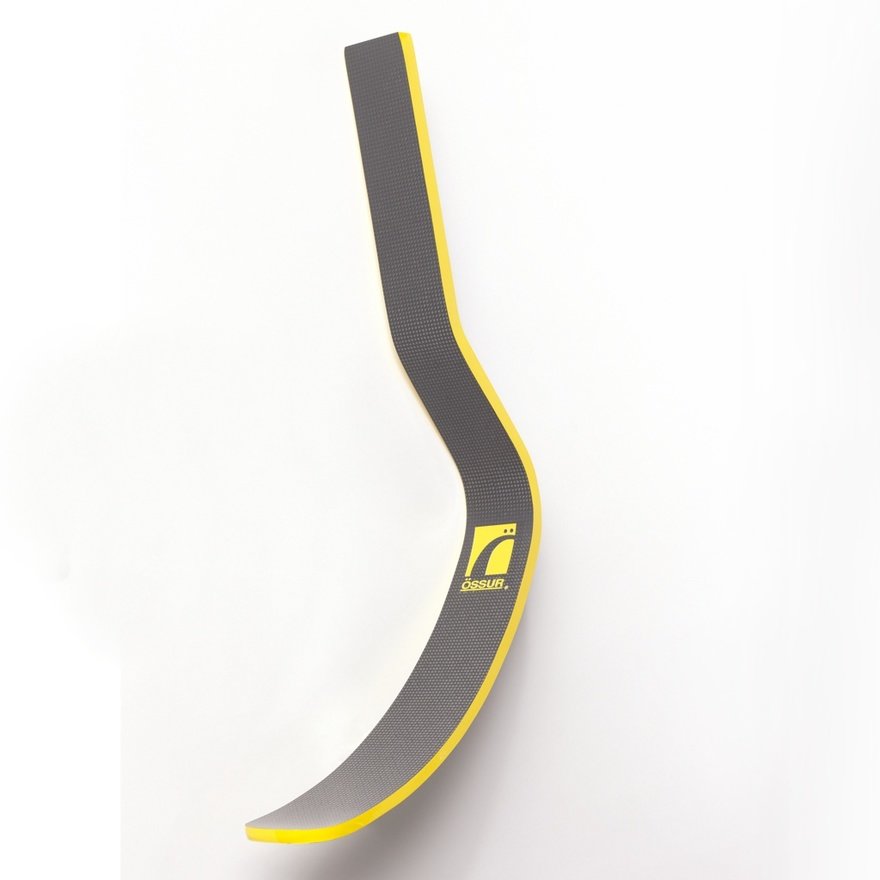 Flex-Foot Cheetah® Xtend Running Blade, designed before 2000, manufactured 2013, by Van Phillips. This prosthetic sprinting foot, which acts like a springboard, is based on the shape of the rear leg of a cheetah 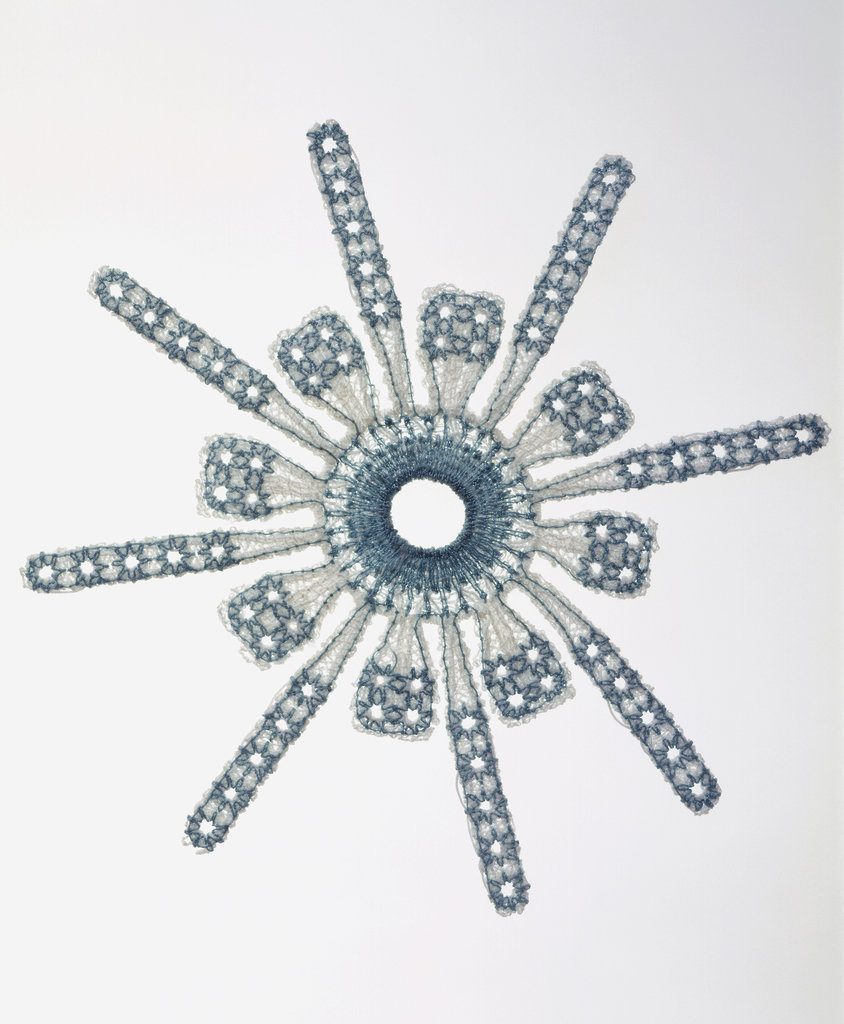 Bioimplantable Device for Reconstructive Shoulder Surgery, 2004, by Ellis Developments Ltd. The embroidery on this implant mimics the natural fibrous arrays of ligaments and acts as a scaffold for new tissue growth.

“We hope that the broad range of objects that we have selected for this exhibition convey the potential of biologically inspired design to have an enormous impact on nearly every aspect of human life, and encourages people from diverse fields to look to nature for fresh ideas to both existing and new problems,” said Ingber in a statement. 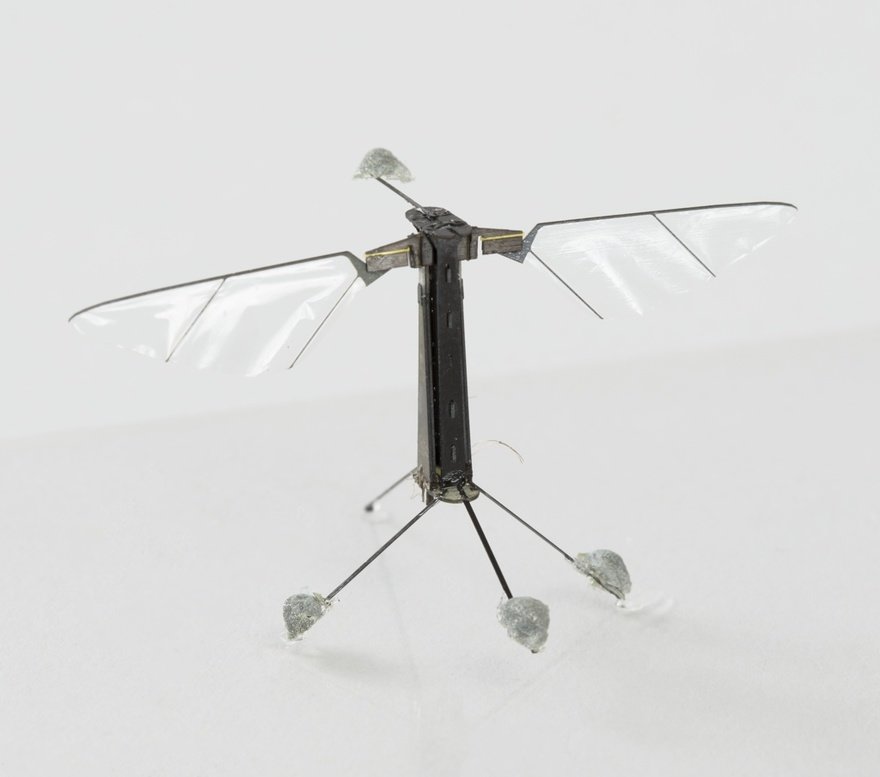 Robobee, 2012, by Kevin Y. Ma and Robert J. Wood. Inspired by the honeybee, this flying robot has potential applications for search and rescue missions and environmental monitoring. 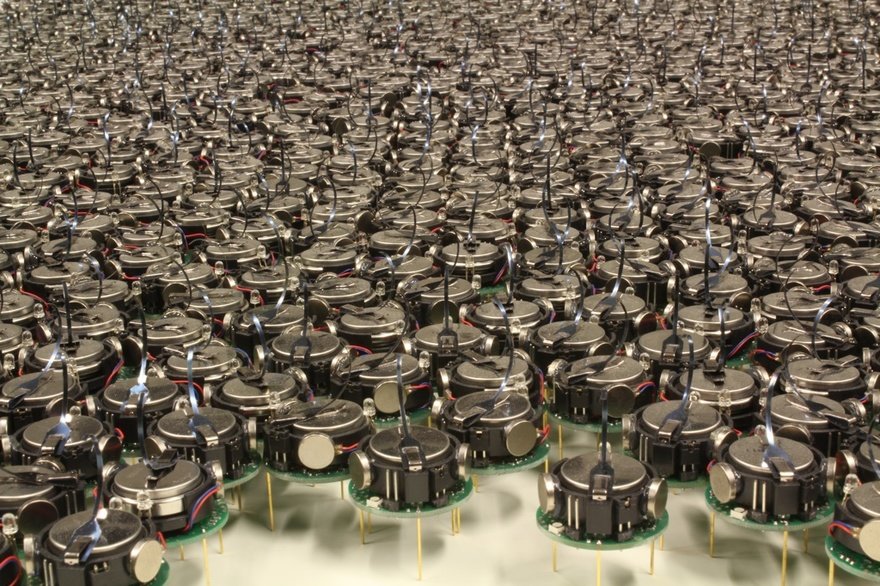 Kilobots, 2012, by Radhika Nagpal, Mike Rubenstein, and the Self-Organizing Systems Research Group. These Kilobots demonstrate how thousands of simple robots, with no leader, can self-organize complex shape and behavior.

One of the highlights of the show is seeing some of the Wyss Institute’s own projects, examples of which are also on display in the parallel triennial. These include Robobees (2012), an autonomously flying microbot system that’s being investigated for a long list of potential uses, including crop pollinations, search and rescue missions, and environmental monitoring, and Kilobots (2012) an algorithm developed by Nagpal that studies self-organizing systems in simple robots. 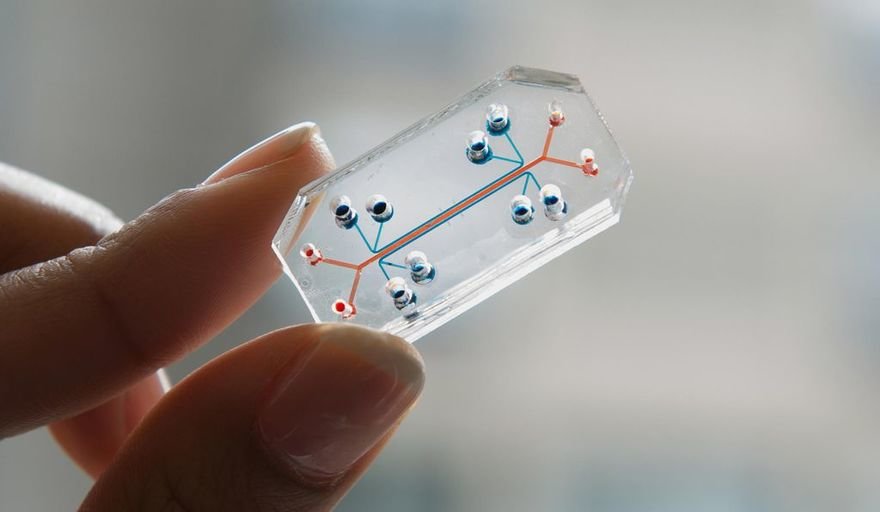 Perhaps most provocative is Ingber’s Organ-on-a-Chip, which he co-developed with Dongeun Huh in 2009. Made of clear silicone rubber and no bigger than a thumb drive, the device has two channels cut into it that are separated by a porous membrane. The channels contain human cells from specific organs and essentially function like “living, three-dimensional cross-sections of whole living organs.” They allow a way of modeling human diseases in vitro—drugs or bacteria can be introduced to test reactions—and may provide an alternative to drug testing on animals while also reducing the time and cost of bringing new treatments to market. The patented device (the patent is also on view in the exhibition) is now in the process of being commercialized.

“Through these efforts, the boundaries between living and nonliving systems are beginning to literally break down,” Ingber writes in the exhibition catalogue. “As the methods used by artists, designers, engineers, and scientists converge, the Biofuturist palette that we have to paint the future becomes broader and deeper than ever before; it is up to us to decide what we make with it.”

“Wyss Institute Selects: Works from the Permanent Collection” will be on view through March 8, 2020.