Recently a Redditor turned to the AITA community for advice, wondering if he was wrong to refuse to pay for half of his friend’s unemployed wife’s meals when they eat out.

“After the pandemic, Dee never went back to working, they both seem to be okay with this and she enjoys the house making life,” the author Jamestheshameless wrote about his friend’s wife. “That’s their thing, not my problem,” he added.

However, it gets a little problematic when it’s time to pay for their meals in the restaurant. “The problem is that when the bill comes, Tommy asks for it to be split 2 ways, or it will just be split that way because only 2 of us walked up to the pay counter,” the Redditor explained.

One day, after having a lavish dinner, Jamestheshameless realized that was enough for him.

The person wonders if he was wrong to refuse to pay for half of his friend’s wife’s meal since she’s unemployed, hurting them badly 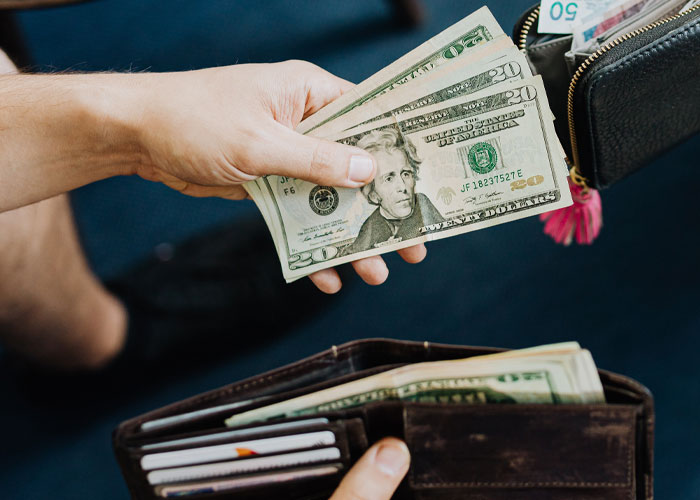 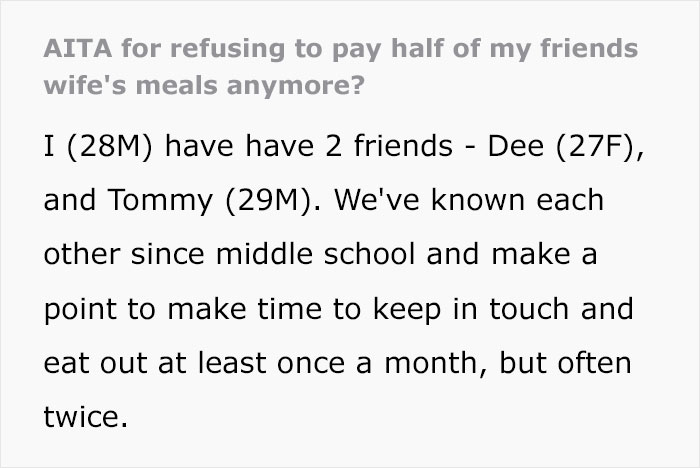 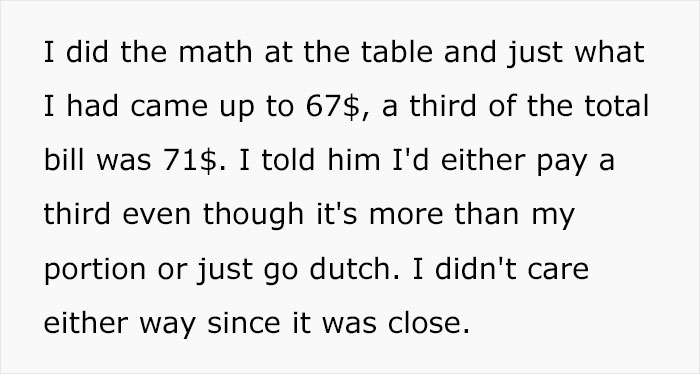 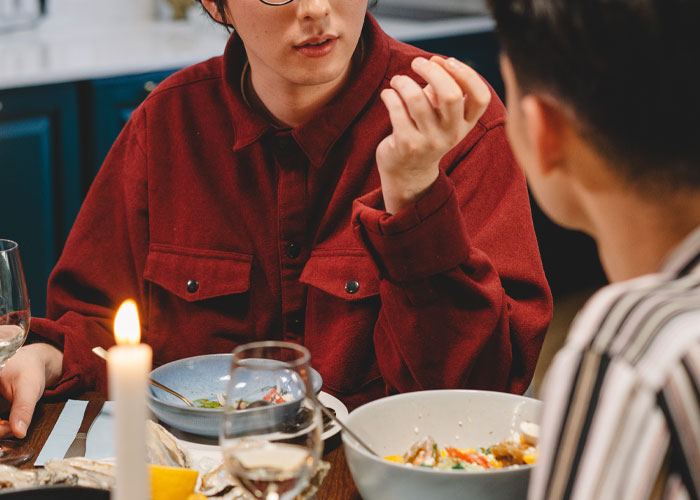 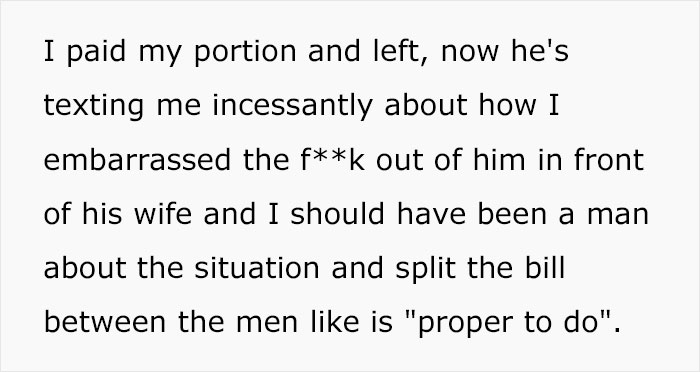 This is what people thought about this whole situation 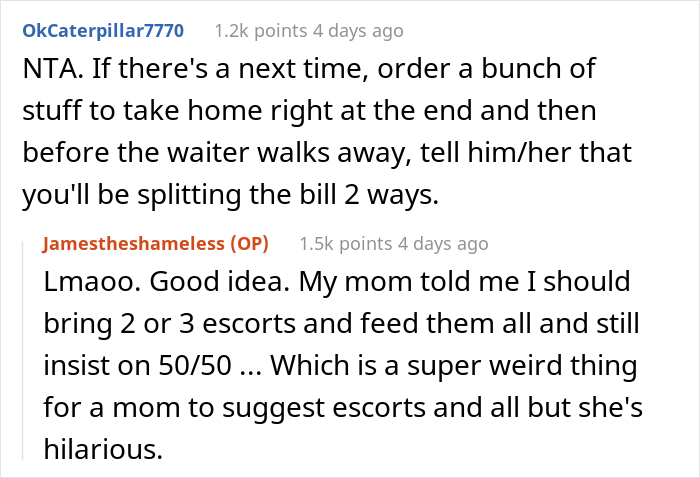 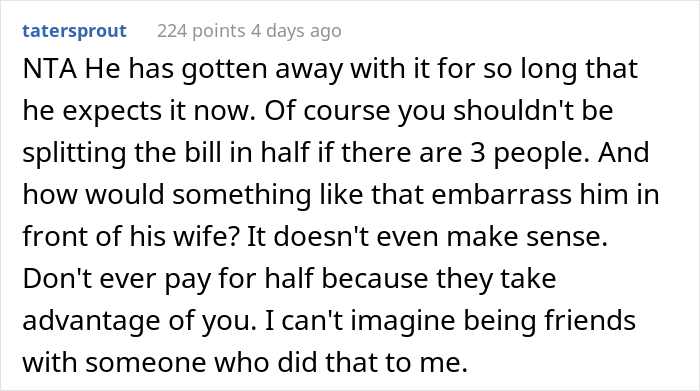 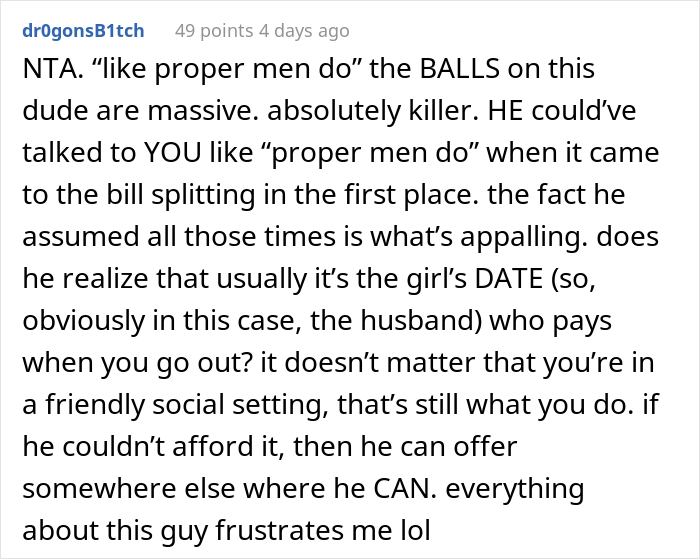 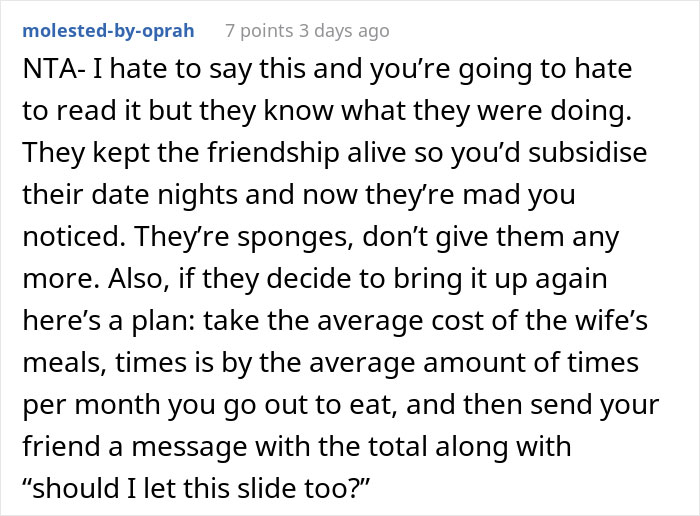 The post “He Was Absolutely Appalled”: Guy Refuses To Pay For His Friend’s Wife’s Meals Anymore, Drama Ensues first appeared on Bored Panda.