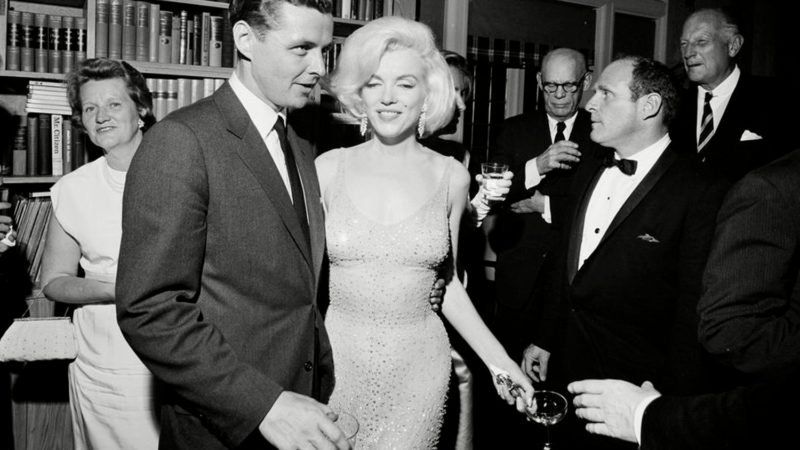 Marilyn Monroe took the attendees of a fundraiser for President John F. Kennedy and the Democratic National Committee by storm with her seductive rendition of the Happy Birthday song in her exquisite, form-hugging, marquisette dress. The dress, now called the “Happy Birthday Mr. President” dress, played a big part in the famous performance, and sparked the curiosity and interest of many to this day. Reader’s Digest shared some unknown details regarding the famous dress:

What the photo doesn’t specifically show is that there were more than 2,500 rhinestones on it, according to Worn on This Day: The Clothes That Made History. Nor does the photo show that Monroe reportedly had to be sewn into the dress because of how tight it was. She also chose to wear nothing underneath it, according to Vintage News, so that the fit would be flawless, actively courting the “scandalous” discourse that she knew would surround the dress and her performance.

Another lesser-known fact about the “Happy Birthday, Mr. President” dress? Its designer was just out of college. It was the first-ever post-grad project of a young Bob Mackie, who continues to design notable pieces and win awards to this day. Talk about starting strong! Mackie was working for already-acclaimed designer Jean Louis, who completed the piece.