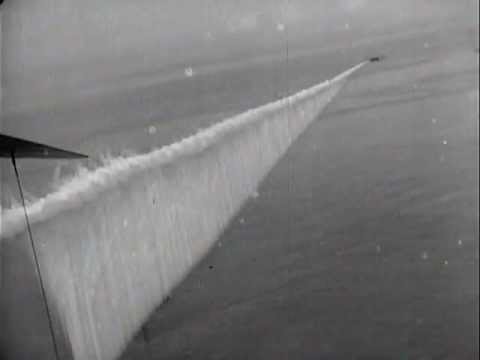 This footage of a smoke screen was taken around 1923. A plane dropped a curtain of titanium tetrachloride to obscure the ship’s exact location and movement from the enemy. In World War II, this was used to protect Allied ships from enemy fire, as Japanese naval radar technology was only in its infancy. Meanwhile, American ships were more likely to employ radar to locate target ships that were out of sight. -via reddit