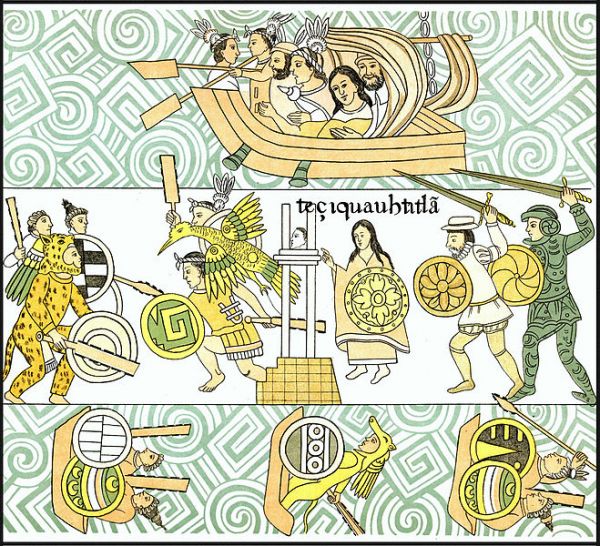 When Columbus arrived in the New World in 1492, the Americas were not a sparsely-populated wilderness ready to be exploited. However, by the time serious colonial settlement began, a majority of the native people had succumbed to diseases the Europeans introduced, which made them easier to conquer. A plague called cocoliztli wiped out 80% of the Aztecs in the 16th century, opening the door for Spanish rule. Aztec authors wrote about the effects of the infectious disease that destroyed their defenses against invaders. Some of these accounts still survive. A writer thought to be Don Mateo Sánchez said,

On the first day of August [of 1576] the great sickness began here in Techamachalco. It was really strong; there was no resisting. At the end of August began the processions because of the sickness. They finished on the ninth day. Because of it, many people died, young men and women, those who were old men and women, or children… When the month of October began, thirty people had been buried. In just two or three days they would die… They lost their senses. They thought of just anything and would die.

Read about the epidemics of colonial Mexico and the accounts left by the Aztecs at Jstor Daily.  -via Digg