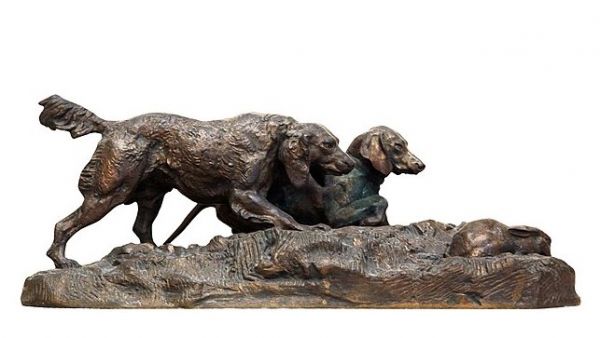 It is believed that dogs started to become domesticated around 14,000 years ago. People found dogs to be useful in all sorts of ways, and soon put them to work. Evidence unearthed in Jordan shows that dogs (that were still close to their wolf ancestors) helped human hunt animals almost 12,000 years ago.

The study, by archaeologists from the University of Copenhagen and University College London, looks at animal bones found in a Neolithic settlement known as Shubayqa 6, established 11,500 years ago, in the Black Desert of northeast Jordan. The bones suggest that the site’s residents were using their dogs to help them hunt, a finding that can help clarify the murky origins of dog domestication. It hasn’t been clear, the researchers write in a release, whether that process was deliberate or accidental, but this new evidence of canine-assisted hunting implies that these Stone Age humans were highly dependent indeed on their dogs.

The clues come from bones of prey, including bones that had been digested. Read about the research at Atlas Obscura.

Rating How Long Have Dogs Been Helping Us Hunt? is 5.0 / 5 Votes: 4
Please wait...
Loading...
Related articles