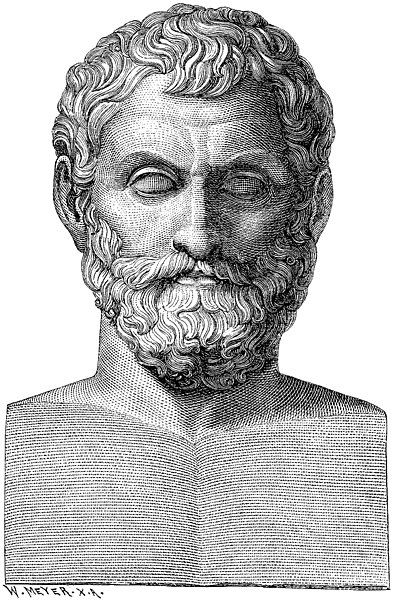 It was around the turn of the 6th century B.C. when the first Greek philosopher, Thales of Miletus, concluded that, based on his observation, “all is water.” However, his pupil, Anaximander, argued that Thales was wrong, and that everything came from the apeiron (“the indefinite”). And then there was Thales’s other pupil, Anaximenes, who argued that air is the source of all things. By today’s standards,

These ideas seem fantastic, but in them the scientific mind is taking root. They’re arguably the first competing hypotheses, marking “a shift away from mythological explanations,” says Brian Hepburn, a philosopher of science at Wichita State University. Setting aside gods and supernatural forces, these philosophers instead base their understanding of nature on observation. In other words, they employ a rudimentary form of what we now call scientific method.

Thales and his disciples influenced Aristotle, who in turn deeply influenced every prominent Western philosopher for the next two and a half millennia — that includes Francis Bacon, who repackaged scientific method for the modern age and set the agenda for the Scientific Revolution of the 16th and 17th centuries.

Since then, science has earned its place among the most fruitful human enterprises. Not only is it “the most robust and rigorous tradition we have of applying scrutiny to stories about the world,” Hepburn says, but it also “allows you to do things like build an Internet or a GPS satellite, or send a rocket to the moon.” And, as the cosmologist Hermann Bondi put it, “There is no more to science than its method.”

Discover Magazine tells us a brief history of how the scientific method evolved through the centuries. Head over at the site to know more.