Undeterred by the clunky rollout of products featuring folding screen technology, IBM has just patented an intriguing yet awkward wearable device: a smartwatch that unfolds into a full-sized tablet on your wrist. 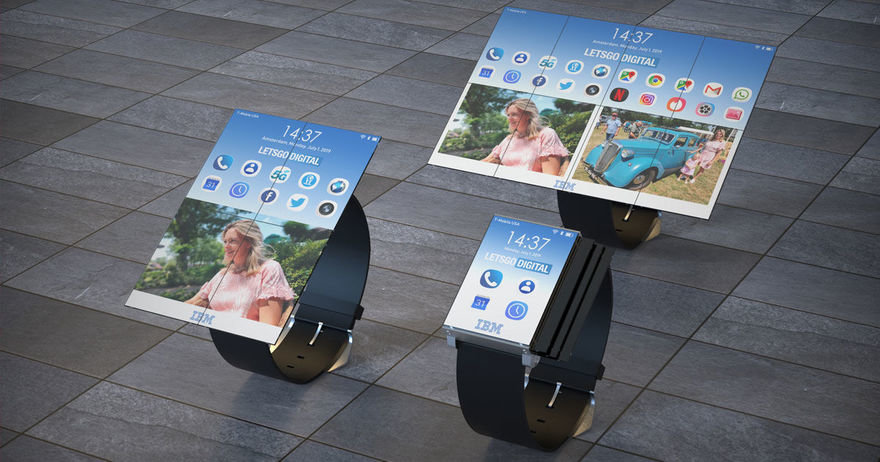 Originally submitted in 2016 and approved last month, the patent, titled “An Electronic Display Device Configured for Variable Display Size,” details how the bezel-less screen can be expanded by using “a set of slides that form a storage compartment within the housing.” Each panel would measure 2 x 3 inches and could expand in two configurations. First, you can add three additional panels and achieve a screen that’s roughly the same size as a smartphone. From there, you can fold out the same area again and end up with an 8-inch by 12-inch screen—eight times the original size. 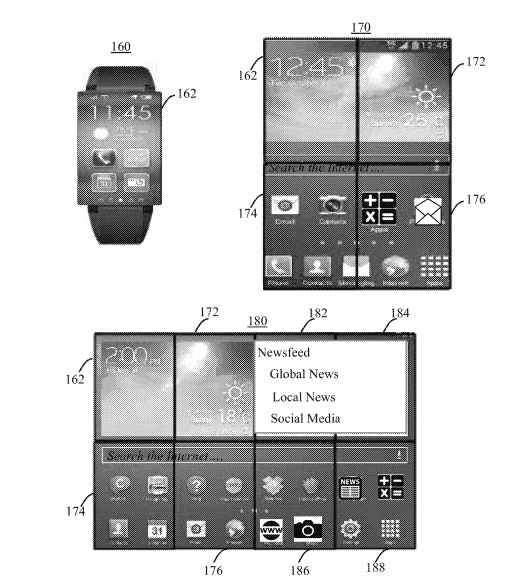 An illustration from IBM’s patent

It’s possible that more screen real estate could make smartwatches more useful, but the tech necessary to make this work is still far out. We’re also not sure how many people will be eager to walk around with a goofy, tray-sized screen on their wrists.

Just because the patent was approved doesn’t mean we can expect an actual product anytime soon. IBM is very patent-happy and their website proudly notes that “IBM inventors received a record 9,100 patents in 2018, marking the company’s 26th consecutive year of U.S. patent leadership and crossing the 110,000-patent milestone.” As Venture Beat pointed out, “IBM rewards employees for patenting even ‘stupid’ inventions, tying patents to promotions and internal recognition while giving the company both licensable innovations and defensive patents for lawsuits.”

Rating IBM Patents a Watch That Can Transform Into a Tablet is 5.0 / 5 Votes: 2
Please wait...
Loading...
Related articles