Learn to manage your managers and keep a paper trail or your life might be hell. That’s a lesson that any employee working under someone who is out of control and has a penchant for nitpicking learns the hard way. Some of your colleagues might go on a small power trip the moment they get promoted and start micromanaging you to the point that it feels like you’re working for a robotic overlord, not a fellow human being. One way to fight back is to follow their requests. To. The. Letter.

That’s the kind of story that redditor u/nerdfury83 shared on the r/MaliciousCompliance subreddit, a place that documents people following the letter of request but not the spirit. In their viral post, the hard-working redditor explained how their new manager kept criticizing them for the most minor slip-ups. Despite how good and efficient her employee was at doing their job and how much they love their career as a whole.

Well, things took quite an interesting turn when u/nerdfury83 decided to teach their manager a lesson. They really put the ‘malicious’ in ‘malicious compliance’ and it’s entertaining as heck to read. Scroll down for the full tale of how the redditor brought down a power-tripping manager. Oh, and would you like some popcorn with that, dear Pandas?

I reached out to u/nerdfury83 and had an in-depth chat with them about leadership at work, bad managers, and what employees can do to stay ahead of the game. They opened up to Bored Panda that they’ve been working in office spaces for 20 years, so they have a wealth of experience. In short, they’ve seen it all: the good, the bad, the ugly.

“Honestly, I’ve been in the industry for so long that I’m tired of bad managers. I find I no longer have time for it, and struggle to convince myself to play the game any longer. I gave my manager every opportunity to improve, but she had an ego that prevented her from listening to anyone about her way of doing things—so while I don’t feel good about removing someone from their job, I also feel like it was the right move. I wouldn’t change anything from how I did it, even knowing what the outcome would be,” they shared with Bored Panda. Be sure to read on for the full interview.

When one employee got a new manager, things took a dramatic shift for the worse at work 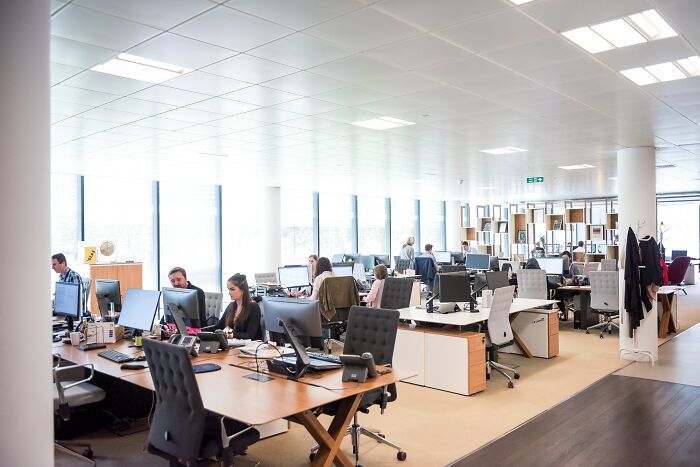 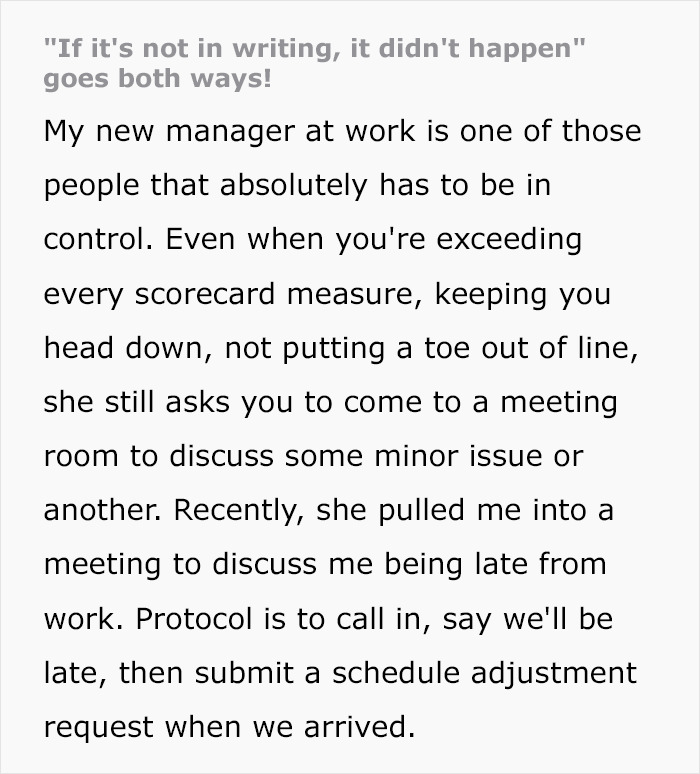 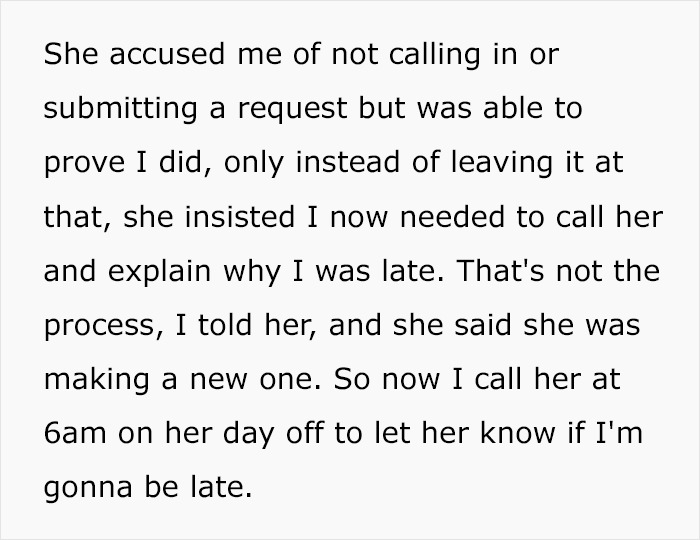 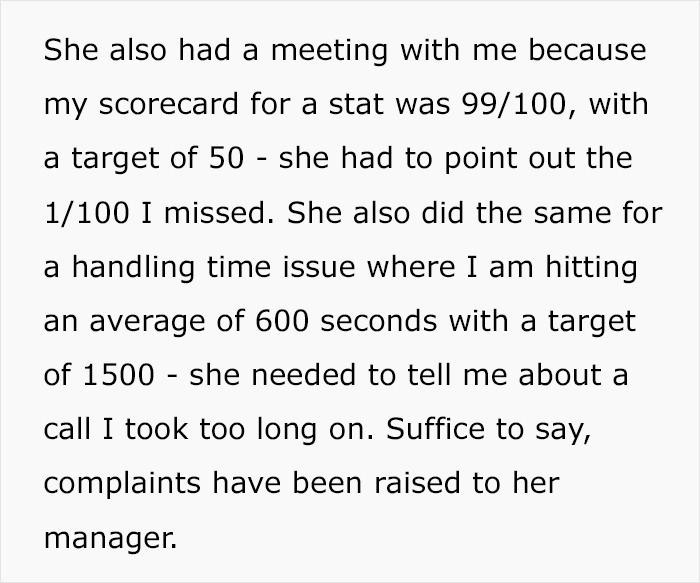 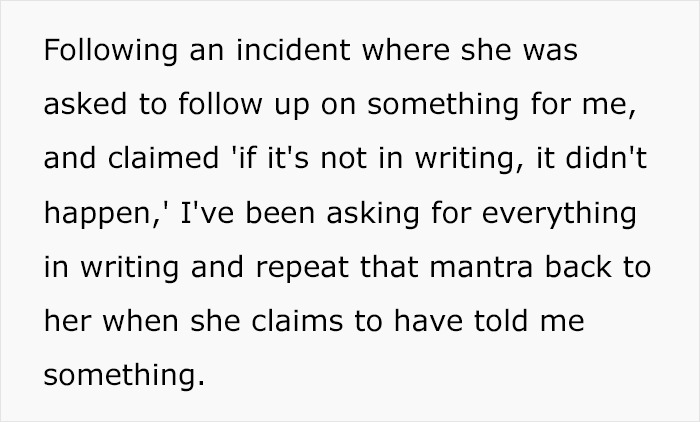 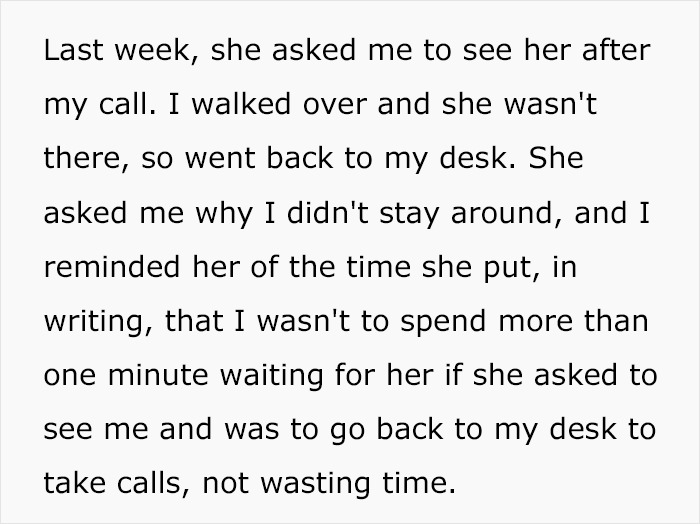 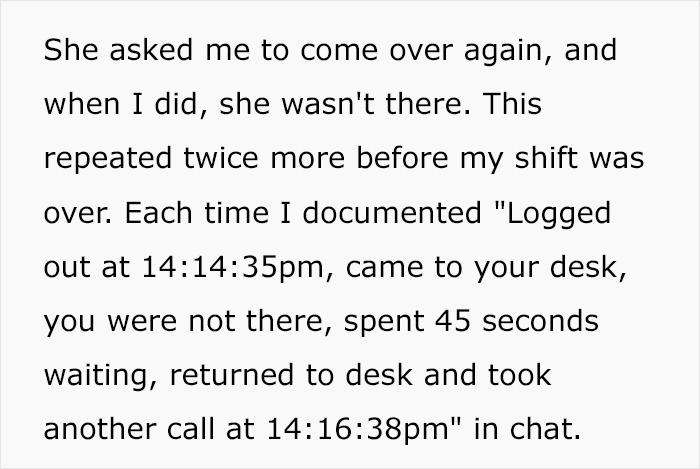 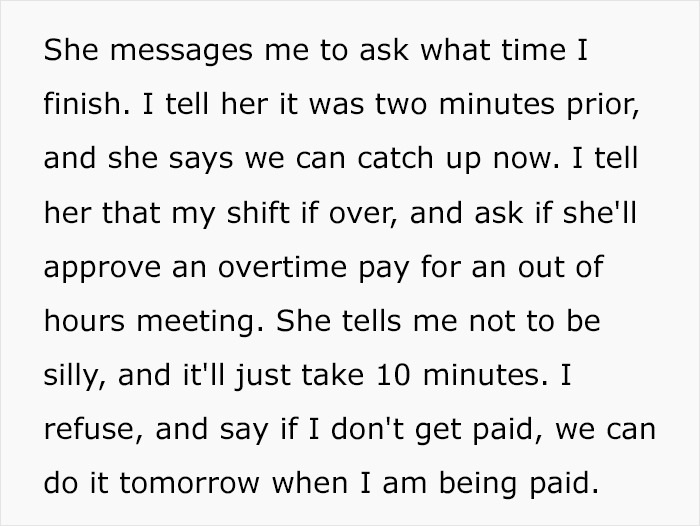 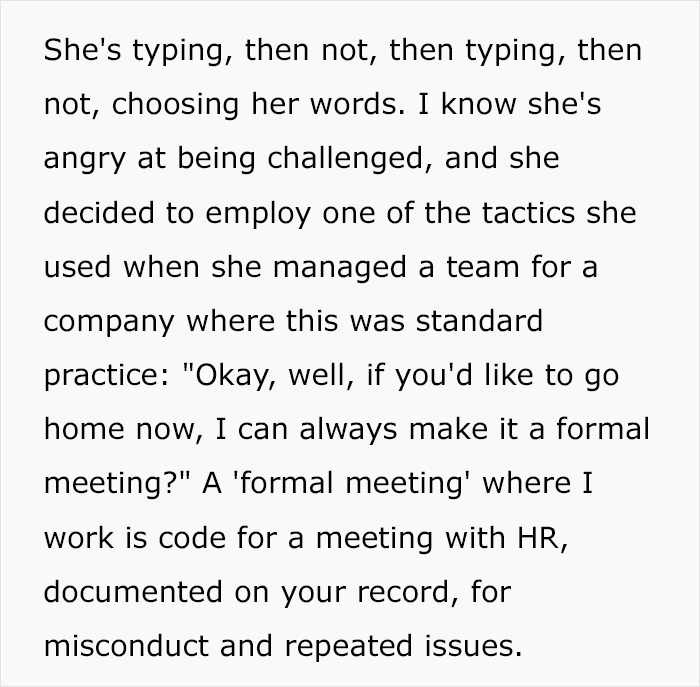 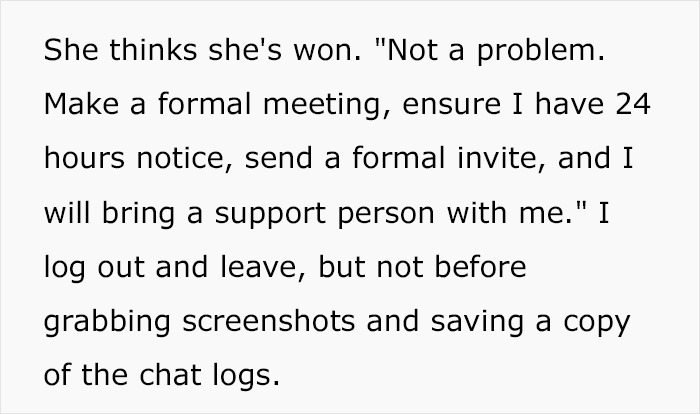 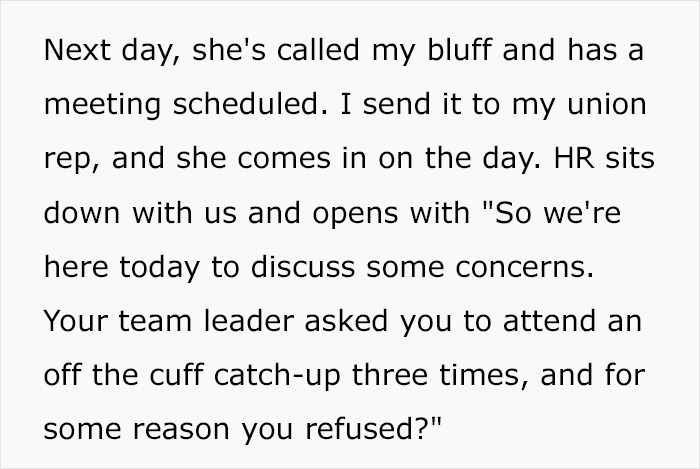 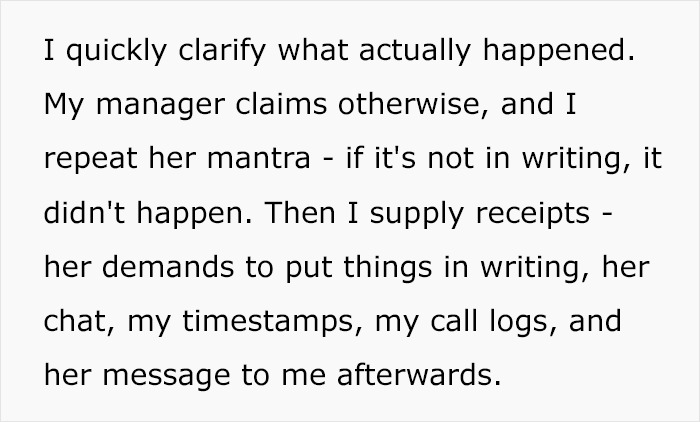 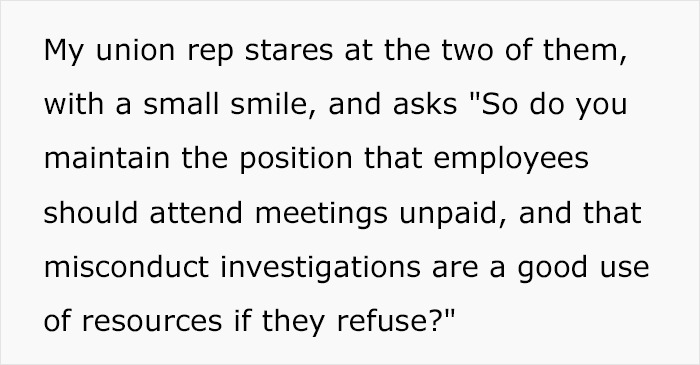 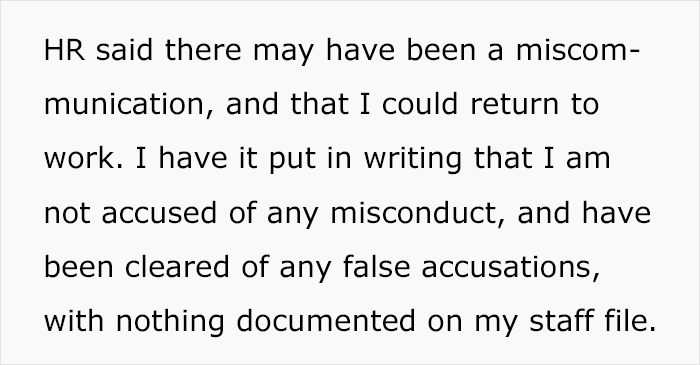 The redditor decided to take their new supervisor’s micromanaging tips to heart and flipped the script, completely. They began to put everything in writing and working as efficiently, as the manager demanded. However, that would come to bite the manager on her behind and eventually forced her to quit the company.

You see, the best thing that u/nerdfury83 did was keep copies of the most important conversations they had with their new boss. When things came to a head and they all met up for a meeting with human resources, the employee dashed the manager’s lies by presenting cold hard proof that she was talking nonsense and going against company regulations. Thank you, goodnight, let’s hope for a better manager in the future. Redditor u/nerdfury83 added that they actually love their job and that the company itself is a great place to be at. It’s not toxic. However, some individuals are. And they need a good long lesson about what it actually means to be a good manager.

I was very interested to get u/nerdfury83’s advice for anyone who’s struggling with dealing with their nitpicking managers in their daily work lives. The redditor was more than happy to share what they think every employee should do.

“Get everything in writing, join your union, and never say or do anything that can be used against you by anyone. Try and secure a permanent contract if you don’t have one already, that gives you security. If you have metrics, try and exceed them. Play the politeness game, so everyone you work with knows you’re a good employee and a good person. At the end of the day, you want to ensure you don’t have a single chink in your armor that a nitpicky manager can use against you and if they swing at you, make sure it’s a miss,” they explained to Bored Panda.

Just last week, I spoke about what separates great and caring managers from average and below-average ones with Eddy Ng, the Smith Professor of Equity & Inclusion at Queen’s University. He explained to Bored Panda that there are, generally, two main modes of leadership: transactional and transformational. The latter is what you want to aim for if you care about your employees.

“Transactional leadership is based on exercising bureaucratic authority and legitimate power in the firm,” he said, pointing out that, for instance, a manager withholding pay would be an example of a transactional style of leadership because it relies on rewards and punishments to influence employee behavior.

Meanwhile, transformational leaders are different. They embody four main values that make them stand out from the rest: idealized influence, inspirational motivation, intellectual stimulation, and individualized consideration. To put it simply, managers who subscribe to the transformational leadership school of thought want to support their colleagues and watch them grow.

“In this regard, transformational leaders provide support and encouragement to employees. They tend to influence employee behaviors by positively motivating them. Good managers tend to practice a transformational style of leadership,” Eddy told Bored Panda.

Showing genuine empathy for your subordinates helps build trust and solid relationships. “In this fashion, employees will be more likely to open up and share work and personal concerns with managers. Regularly conducting anonymous employee surveys, albeit more formal, can also help managers troubleshoot employee grievances.”

The ‘carrot and stick’ approach is the simplest and, unfortunately, what most managers go for

I wanted to get u/nerdfury83’s opinion about transactional and transformational leadership as well. What I was most curious about was their take on why so many managers opt for transactional approaches rather than transformational ones. According to the redditor, there are two main reasons for this and they’re intrinsically linked to choosing to take the high road or the low road.

“Firstly, it’s easy to tell people, ‘Achieve this metric by this day and I will give you a reward’ or ‘achieve this metric by this date or I will write you up because people understand the carrot and the stick. We’ve had it since we were children, and parents use it to rear us, schools used it to deal with children. The same is easy enough to put into a business environment. Get a budget to offer people something minor and generally petty to strive for, and offer a punishment if they don’t,” u/nerdfury83 explained.

“Secondly, people who are not very good at leading tend to fall back on using their own transactions as a way to motivate others. They have to hit targets to keep their manager happy, and the easiest way to achieve that is to make others achieve targets. The metrics are transactional, and it is easier to fall back on basing pass/fail goals based on transactional metrics,” they said.

“It’s a lot harder to teach someone to be a motivator, or in turn motivate people—I can count on three fingers the number of motivational leaders I’ve had in 20 years—they’re a rare breed because they have a slower rate of achievement, especially with newer teams. Call centers are motivated by transactions and positive motivation via leadership doesn’t meet that goal fast.” 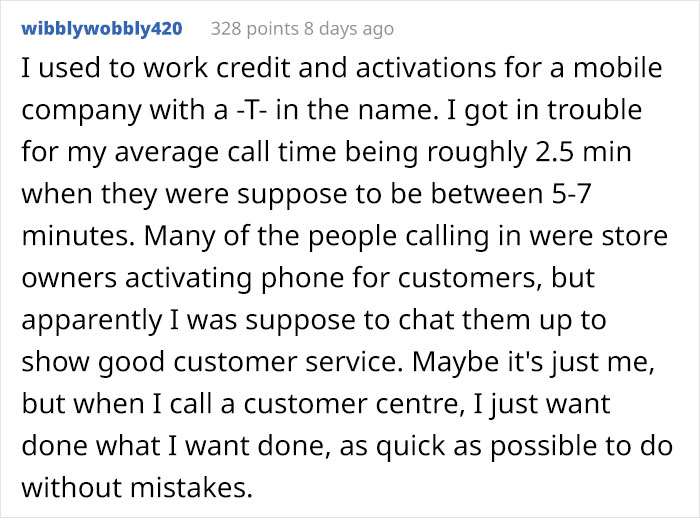 The post “If It’s Not In Writing, It Didn’t Happen”: Employee Takes Down New Micromanaging Boss By Using Her Advice Against Her first appeared on Bored Panda.