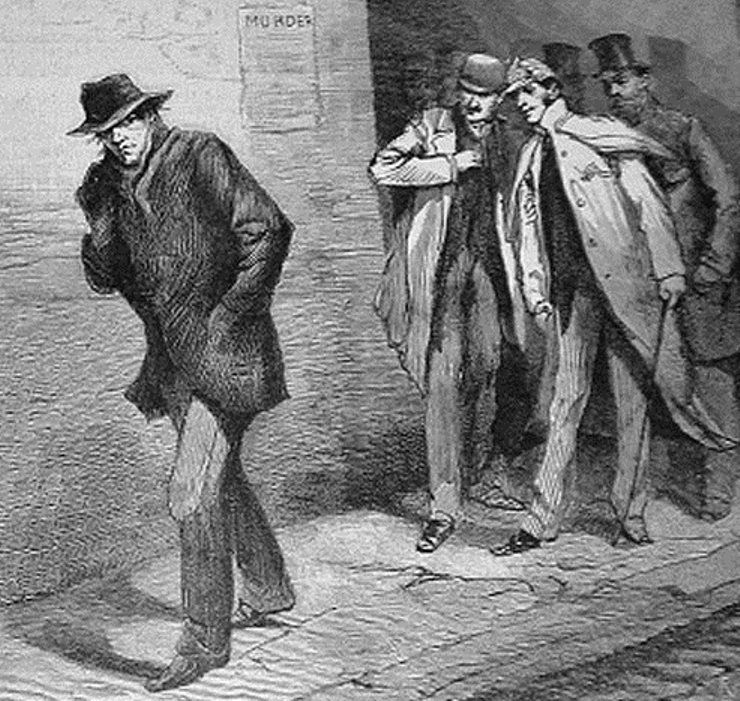 The evasive identity of the serial killer in 19th century England is still unknown to us. Many speculated at the time that the one responsible for the brutal murders was a man. Everybody was looking for Jack the Ripper. But there were a few who had thought otherwise. Instead of a Jack, they had surmised that the culprit was a Jill.

The “Jill the Ripper” theory has a surprisingly legitimate origin story. Right after the murder of Mary Kelly — the victim with the missing heart — people started arguing about the time of her death.

The police surgeon said that she died in the wee small hours of the morning, but a woman named Caroline Maxwell swore up and down that that was impossible, because she’d seen Mary Kelly a good five hours after she was supposed to have been chopped up into little pieces. Caroline had recognized Mary’s outfit, and even spoken to her.

This weird little discrepancy caught the ear of Frederick George Abberline, a Chief Inspector for the London Metropolitan Police, who remembered seeing burnt women’s clothing in the fireplace of Mary Kelly’s room.

What if the killer had burned their own blood-soaked clothes and changed into Mary’s clean clothes as a means of disguise? What if Caroline Maxwell had unwittingly talked to the actual murderer that morning, dressed up as the victim?

And if so — if the clothes in the fireplace were women’s clothes, and Caroline Maxwell had spoken to someone with a women’s voice — well, Abberline suggested, perhaps they were dealing with a murderess.